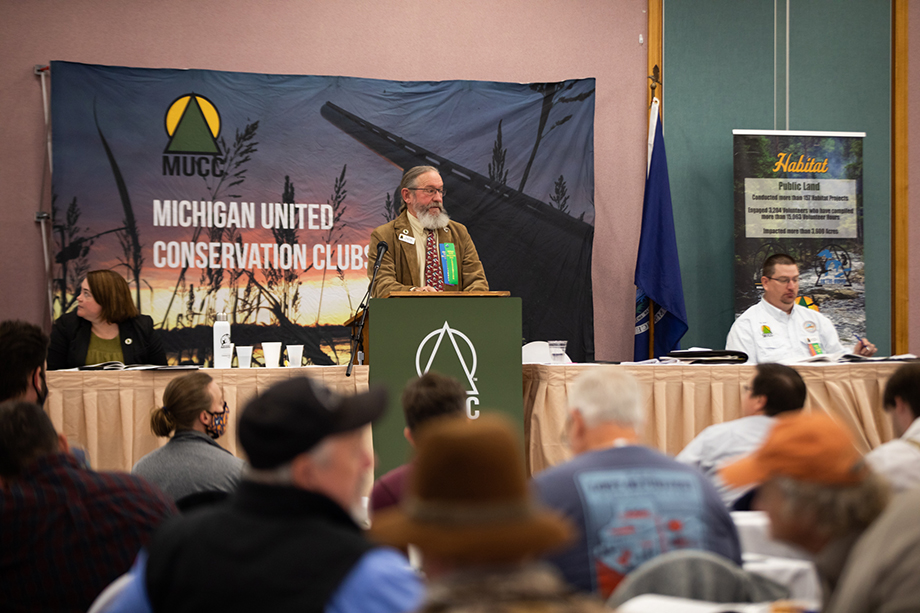 Conservationists convened in Gaylord over the weekend to debate policy resolutions and recognize leaders among them at Michigan United Conservation Clubs (MUCC) Annual Convention.

About 100 voting delegates from conservation clubs throughout the state and unaffiliated individual members of MUCC presented, debated and passed or voted down grassroots policy resolutions from the organization’s members and elected the organization’s leadership, including executive and policy board positions. 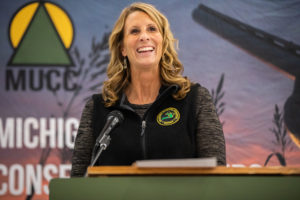 MUCC Executive Director Amy Trotter detailed the organization’s struggles and triumphs throughout the COVID-19 pandemic during her annual report.

“Despite downsizing MUCC staff capacity, closing our youth camp and realizing that our affiliate clubs and members were struggling financially, MUCC was able to continue its important conservation work throughout the pandemic,” Trotter said. “We helped motor boaters get back on the water through a suit filed against the governor and DNR director, tracked more than 120 pieces of legislation and were able to help our affiliate clubs open their shooting ranges in a safe manner.”

Before starting the business portion of its Annual Convention on Saturday, MUCC recognized members that had passed since the organization’s last in-person convention in 2019. A list of those who passed can be found here.

In total, 11 resolutions of the 16 presented passed the voting body. Resolutions changing statute or NRC rules require a two-thirds majority to pass to ensure MUCC staff have the full backing of MUCC’s membership when lobbying for changes. 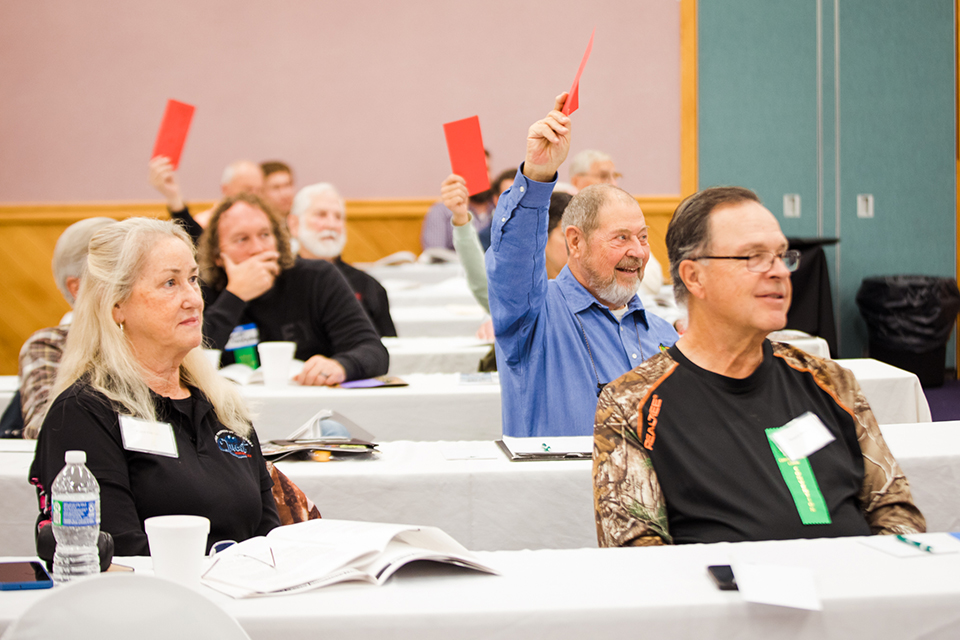 MUCC members vote on a resolution during the 2021 MUCC Annual Convention.

Of note, MUCC members voted to designate feral cats as an invasive species, allow spring turkey hunters to purchase a second tag if demand does not match the quotas and leftovers are available, and promote or implement low or no-cost testing for chronic wasting disease in known CWD areas. All three resolutions passed with more than a two-thirds majority.

Failed resolutions include: restoring the antler-point restriction tag in disease areas; reducing youth license fees for those between the ages of 10 and 16 to be the same as the senior discount; changing the minimum size limit and possession limit of pike in Upper Peninsula inland waters; and establishment of a yellow perch season in MM4 and MM5 management zones from April 26 to March 14.

Rejection of these resolutions does not mean that MUCC opposes these items, only that the organization’s position has not changed from previous adopted policy. 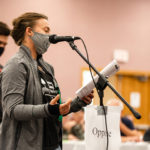 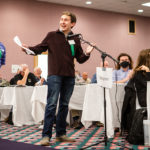 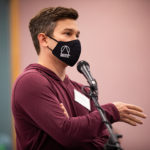 From left to right, MUCC members Jen Davis, Noah Bock and Alex Schaffer speak to resolutions before the voting body at the 2021 MUCC Annual Convention.

A resolution related to logging quiet time during November was withdrawn by the resolution writer. 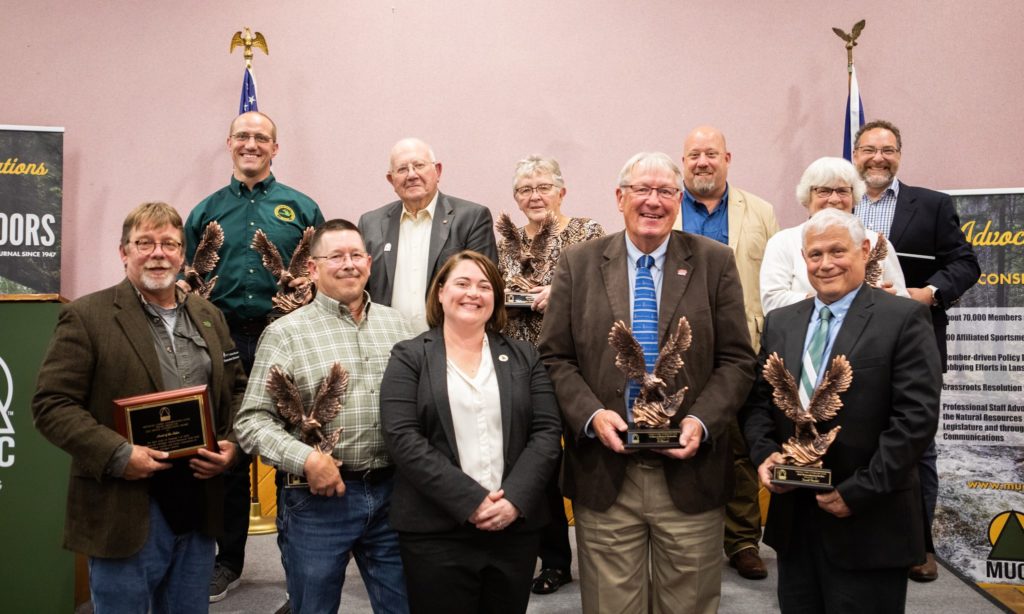 “All of you could have done something else with your time this weekend, but you all chose to be here,” Stewart said when accepting his award. “This is the strength of MUCC and its dedicated members. And I am extremely humbled to receive this award from such a great group of conservationists.”

A full press release about the award winners and their respective awards can be read here.

The business portion of the MUCC Annual Convention wrapped up Sunday with a policy update from MUCC and National Wildlife Federation staff, finishing up debate on the remaining  resolutions and an MUCC Executive Board meeting inducting new board members.

MUCC Policy Coordinator Ian FitzGerald said the passion on display during MUCC’s Annual Convention was an affirmation of the organization’s importance to conservation in Michigan and the dedication of its members.

“This very process is why we have folks so dedicated to our organization. They have seen their efforts and advocacy pay off through tangible changes at the Natural Resources Commission or within the Michigan Legislature,” FitzGerald said. “It was encouraging to see so many new faces and participants, and it gives MUCC hope for the future of conservation in Michigan.”

MUCC’s 2022 Annual Convention will be held in June at the Lansing Radisson downtown and will be a celebration of the organization’s 85th anniversary.