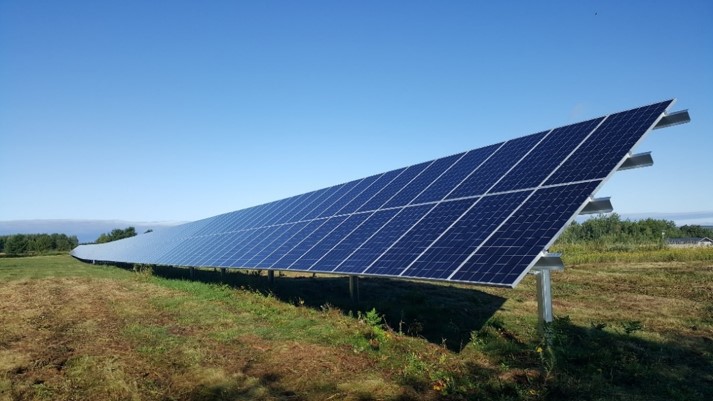 The Department of Natural Resources (DNR) recently announced a request from a land developer for an amendment to a long-term agreement that would eliminate hunting and fishing on 1,080 acres of land in the Upper Peninsula’s Marquette County.

The property, owned by Cleveland-Cliffs Iron Co., is part of a larger land exchange agreement with the DNR from 1979. The original agreement requires that the land be open to the public for recreation uses. Superior Solar Project, LLC submitted a joint land transaction application with Cliffs and would be the company siting the solar project.

The two companies are “asking that the agreement be modified to allow solar energy development on the 1,080 acres and remove the public recreation use requirement,” according to a release from the DNR.

MUCC is opposed to lands that have hunting, fishing and recreational value and have traditionally been open to the public being leased to utilities for the purpose of solar and wind energy. The potential damage to wildlife and recreational access is difficult to measure, but MUCC believes that lands removed from public access for renewable energy production should be marginal lands with little to no public use or recreational opportunities.

MUCC Policy Coordinator Ian FitzGerald said that while this is private land, the original land transaction agreement was contingent upon allowing public use.

DNR Senior Advisor for Wildlife and Public Lands Scott Whitcomb said community engagement and public input will be critical components of the process as the DNR weighs the proposal.

“All aspects of this land transaction will be thoroughly evaluated, because while the department strongly supports public access to quality outdoor recreation, we also support a thoughtful transition to renewable energy where it makes sense,” Whitcomb said. “Providing ample opportunities for people to share their input about what this proposed transaction means to the community is a critical part of that process.”

Michigan is likely to see more pressure to have public lands be leased for wind and solar in the future, and transparency of the funds generated from these leases should be heightened.

Michigan United Conservation Clubs (MUCC) has a member-passed resolution from 2019 that directs the organization to ensure royalties from land leased for alternative energy are deposited into the Michigan Natural Resources Trust Fund (MNRTF) — a fund that has been used to purchase and develop recreation lands throughout Michigan’s 83 counties to the tune of $1.1 billon since its inception.

MUCC has been proactive in this arena recently through recent comments provided to the DNR’s Public Land Strategy. The strategy has been updated by the DNR from its 2013 version and is currently awaiting final approval from the Michigan Legislature. MUCC’s comments suggest that if public land is to be sold/leased for the use of solar, that this occurs with marginal lands such as brownfield sites or post-industrial sites that have little added value to Michigan’s hunting and fishing heritage.

The DNR included MUCC’s comments in the final draft of the plan.

According to the DNR, the public will have opportunities to provide input on the proposal throughout the review process, including at the Natural Resources Commission meeting and at a public meeting.

Public comments on the proposed modification to the agreement may also be sent to DNR-SUPERIORSOLAR-comments@Michigan.gov.