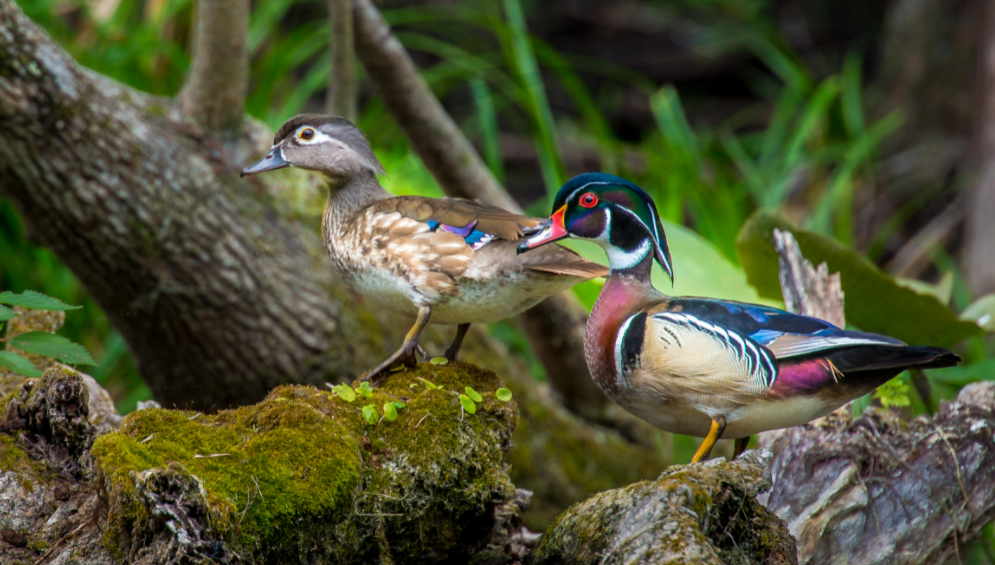 This Saturday, January 29th, is the wood duck nesting box building event in Brant, MI done in coordination with Marion Springs Conservation Club, MSCC. Before the event, it will be great to understand the wood duck and why we build the boxes.

The male wood duck is a very noticeable bird. He has a green iridescent crest, a red beak and a rust-brown chest, each detail being lined with white feathers. The female is gray-brown, with white rings around her eyes and bright blue feathers on her wings. They eat a wide variety of food, including insects, seeds, acorns, berries and aquatic plants. During the spring the wood duck migrates to Michigan to start nesting. Wetlands near forests are their preferred nesting habitat, and they build their nest in tree cavities. The chicks hatch with all of their feathers and can fly at 8-9 weeks of age. In mid-November, the wood duck migrates south. 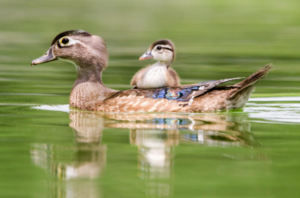 In the past, wood ducks were listed as an endangered species. In the early 20th century they were a popular game species and were hunted close to extinction. Luckily new laws and regulations were put into place, protecting the wood duck. The Migratory Bird Treaty Act of 1918 prohibits the hunting, capturing, trading and transport of a migratory bird species without the approval of the federal government. Unfortunately, unmanaged hunting was not the only cause for concern. Available nesting habitat was diminishing, the large trees that the ducks nested in were being cut down. To combat the problem nesting boxes were used to provide adequate nesting habitat.

Today, the wood duck is no longer federally listed as an endangered or threatened species and is still protected under the Migratory Bird Treaty Act. Hunting of the species is being responsibly managed and the population numbers are thriving. However, their nesting habitat continues to diminish. At MUCC we have a few events where we will be building nesting boxes, along with volunteers and MSCC, to counteract the loss of nesting sites, to maintain a viable population and preserve the heritage of the Michigan people for years to come. 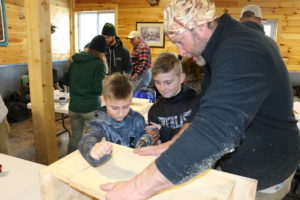 If you would like to join us in helping the wood duck but arent available this weekend, there is another wood duck event on February 19th from 9 am to 2 pm at Maple River SGA. We will be placing and maintaining wood duck boxes with the help of the Michigan DNR and the Maple River Wildlife Association. For more information, click HERE. MUCC coordinates multiple volunteer events through the On the Ground, OTG, and On the Water, OTW, programs. If you like to find out more about the programs or upcoming volunteer events, click HERE.