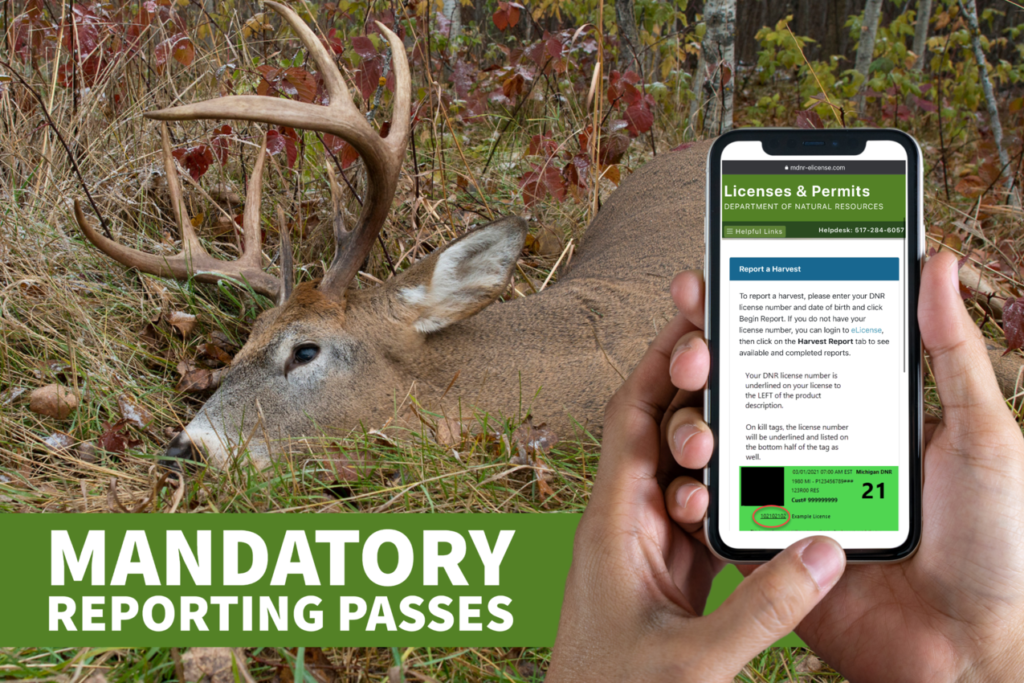 Wildlife Conservation Order #4 of 2022, which passed unanimously, sets up mandatory deer harvest reporting beginning with the 2022 whitetail deer season. The order is meant to improve the data quality and speed at which deer harvest reports can be produced, said the DNR at the May NRC meeting.

Preceding the NRC Committee of the Whole, the NRC Fisheries Committee watched a presentation from DNR Fisheries Biologist Gary Whelan on fish disease. Whelan expounded on the native and invasive fish diseases we see in Michigan, the ways the department can combat them, and the risks posed to other wildlife species.

The NRC Wildlife Committee received a presentation from Randy Claramunt, DNR Lake Huron Basin Coordinator, on cormorant control. Claramunt explained the changes under the new depredation order permit system, the problems that cormorants pose to the state’s fisheries, and department response to cormorants in the state. The goal is to practice lethal control only where the cormorant population and fishery are in conflict.

The Director’s Report consisted of the partners in conservation award being given to Paul and Melanie Mulder, presented by Andrea Stay, DNR Forest Resources Division. Paul and Melanie have gone above and beyond regular trail maintenance and cleaned up over a hundred illegal trash dump sites across the state.

Brian Frawley with wildlife division presented the 2021 Deer Harvest Survey Report. During the 2020 season, there was a “covid bump” of people recreating outside more. That bump was erased in 2021 and the increase in hunters and sales did not persist, he said.

The harvest survey had a response rate of 33%, declining about 2% a year. Interestingly, while the number of firearm hunters have declined regularly, archery hunters have remained largely stable since the year 2000.

There was not a significant decrease in total deer harvest. Even  with the more liberal access to antlerless tags, the antlerless harvest decreased by 10%. Hunter satisfaction also continues to increase on every question except the size of the antlers hunters are harvesting and seeing.

Humane Society of the United States (HSUS) Michigan Director Molly Tamulevich spread lies about trapping and the levels of support trapping has during public comment. She claimed trapping is not supported by the majority of Michiganders (52% support legal regulated trapping, according to the Michigan Wildlife Council) and tried to use hunting heritage as a straw man against the taking of fur — which is a legitimate use as recognized by the North American Model of Conservation.

Under new business, DNR Deputy Director Shannon Lott considered a new online oil and gas lease auction. There were two land transactions on the agenda. MUCC only takes a position on transactions exceeding 80 acres — neither transaction met that threshold. There are no new NRC orders for information.

Under old business, there are four land use director’s orders. A detailed breakdown of each can be found on MUCC’s May NRC preview here.

Posted in DNR Updates, Policy and tagged deer, DNR, NRC, policy, reporting
← On the Ground Junior: Spring Recap and How to Get Your Classroom InvolvedMUCC Commissions Five Firearms to Celebrate 85th Anniversary →