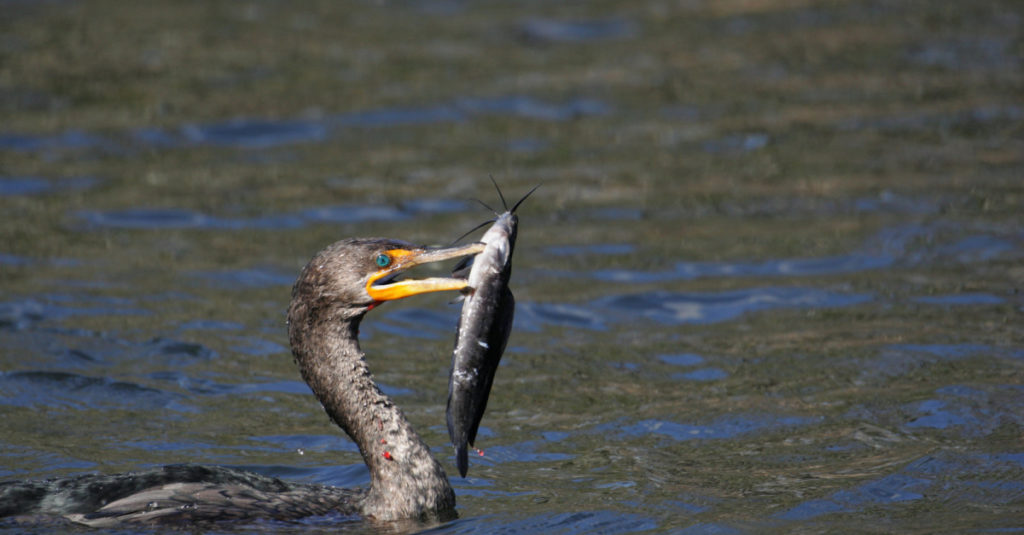 Double-crested cormorant populations were impacted heavily in the mid-1900s by pesticides like DDT. Federal protections followed and helped populations increase substantially. From 1985 to 2005, cormorant nest counts increased from near zero to about 60,000.

From 2004 to 2016, Michigan exercised the use of a cormorant public resource depredation order (PRDO) to control the population. In 2016, the PRDO was halted by a federal court after a lawsuit was filed against the USFWS citing improper process of extending the order beyond when it was set to expire in 2019. Since 2016, non-lethal methods such as harassment were utilized; however, lethal control methods have proven to be the most effective.

In February, the United States Fish and Wildlife Service (USFWS) finalized a ruling to allow for states to apply for lethal control permits. The permit requires a history of cormorant-fish conflict, a description of the area affected (including timeline, season of conflict, when control efforts would be implemented), and what non-lethal measures are currently in use.

Michigan boasts 1.1 million anglers and $2.3 billion in angling-related expenditures annually. The state is second in non-residential and fourth in residential angler numbers. Michigan also tops Great Lakes states in the number of jobs created by the sportfishing industry, according to a study commissioned by MUCC.

“Michigan’s robust sportfishing industry and the economic dependence residents place on it are in jeopardy if cormorant populations continue to increase,” FitzGerald said. “These birds decimate thousands of pounds of free-swimming fish populations each year, and it’s critical the state has this management tool in its toolbox.”

Cormorants’ diets consist mostly of prey fish like alewives and round gobies, but the birds also consume significant numbers of stocked trout, salmon fingerlings, smallmouth bass and yellow perch. Michigan is home to 55 percent of the cormorant population’s breeding pairs. Wildlife concerns have also been raised due to the increase in cormorant nests on valuable habitat for other native bird species.

Cormorants eat up to one pound of fish per day. Adding to the problem, the birds have become habituated to fish stocking trucks and sometimes gorge themselves on the young fry during and after stocking efforts.

At the July Natural Resources Commission meeting, the DNR cited long-term funding, support and capacity issues as being the primary barriers to management efforts moving forward. To curb this, the department intends to train and coordinate with sub-permittees and a network of volunteers for non-lethal control efforts. Sub-permittees, such as the United States Department of Agriculture Wildlife Services, would be contracted to carry out the lethal control.