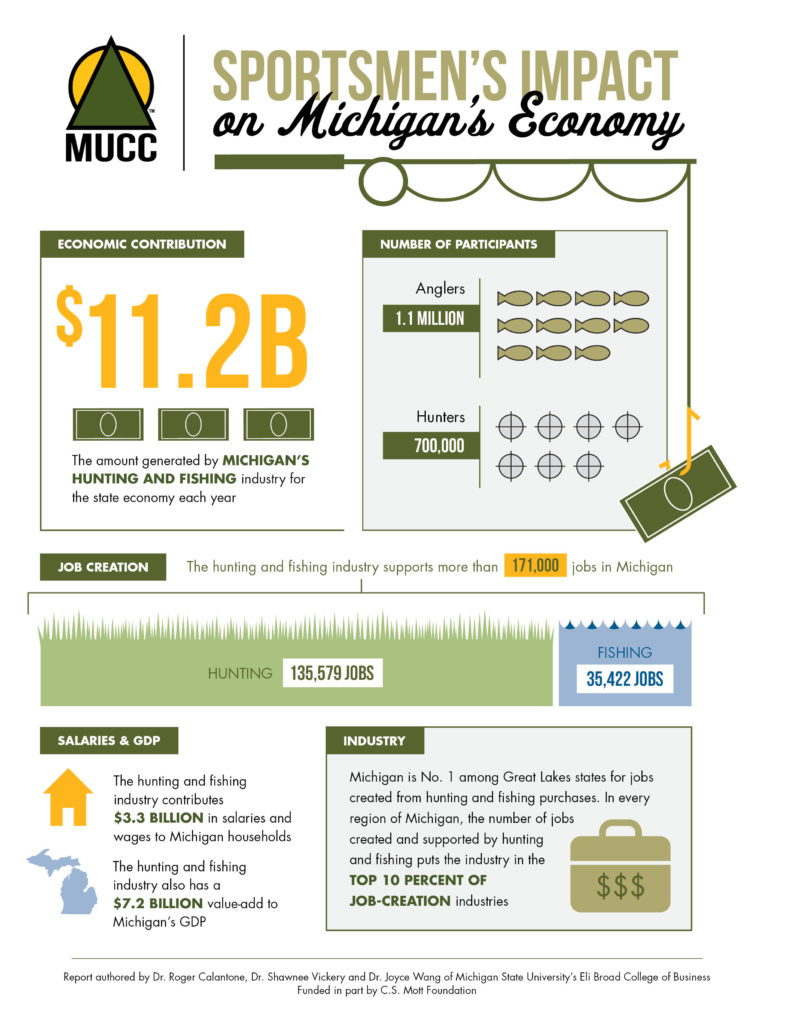 A recent opinion piece published by a Northern Michigan paper purposefully distorts facts and allows for fictitious terms to be applied to hunters and conservationists.

The Traverse City Record-Eagle published the piece from Molly Tamulevich, the executive director of the Michigan Humane Society of the United States (HSUS). The publication didn’t fact-check Tamulevich’s piece or reach out to the organization and people she was disparaging.

Michigan United Conservation Clubs (MUCC) reached out to two editors at the paper to ask if the organization could correct the misinformation in Tamulevich’s piece. No communication was returned.

In the piece, Tamulevich presents a subjective argument regarding wolf management through the lens of a moral debate — whether or not animals should be killed. What she fails to do while conflating legal, ethical hunting with the fictitious term “trophy hunting,” which is not defined by dictionaries or the Associated Press, is realize the irony of her argument.

Instead, HSUS and Tamulevich expend their efforts fighting against trapping because it’s an argument they can tie emotional rhetoric to and use to help to increase their bottom line — a bottom line that funds anti-hunting and anti-conservation initiatives throughout the United States and is used in Michigan to lobby lawmakers to end conservation practices. It’s also a bottom line that pads the company’s offshore accounts in the Caribbean to the tune of about $70 million.

HSUS claims hunters are not conservationists and has repeatedly stated that Michigan United Conservation Clubs (MUCC) is not a conservation organization despite its recognition by the Internal Revenue Service and track record as such. One doesn’t need to follow the money very far to see how deceptive anti-hunting organizations’ motives truly are.

What’s more troubling is Tamulevich’s fundamental misunderstanding of wildlife management. NO ANIMAL since the inception of the North American Model of Wildlife Conservation has been extirpated from hunting or trapping. In fact, quite the contrary is true: numerous game and nongame species, including the Kirtland’s warbler, Eastern wild turkey, elk, wolves, moose, osprey, sandhill cranes and white-tailed deer, have directly benefited and thrived almost exclusively from hunter and conservationist dollars.

While Michigan hunters are only about 7 percent of the population, they account for the vast majority of the dollars used to manage game and nongame wildlife in Michigan. Furthermore, hunters and conservationists pay for upkeep on Michigan’s public lands, the building of wildlife watching platforms, trails for the public to use, habitat improvement for all Michigan species and volunteer countless hours to better Michigan’s wild places.

Tamulevich attempts to distort the meaningful contribution of hunters and conservationists by using federal data related to all outdoor recreation in a broad-sweeping way. What she doesn’t tell the reader is that Michigan’s Department of Natural Resources (DNR) is a governmental organization with many different divisions and a complex budget.

For example, while the parks division relies little on hunters and conservationists for funding  — except for the significant proportion of those who also buy a Recreation Passport, camp in State Parks and purchase ORV and/or snowmobile trail permits — the wildlife division (solely responsible for the management of game and nongame species and the habitat they depend on) relies significantly on the sale of hunting licenses and federal excise taxes of ammunition and firearms to manage Michigan’s wildlife.

Tamulevich writes, “This includes relying on a pay-to-play model of wildlife management that views any perceived surplus of animals as fodder for human entertainment.”

This is the ethical vs. moral debate: Tamulevich and HSUS believe that ALL hunting is wrong, but they can’t say that in Michigan. We are a state where the economy is intertwined with our outdoor heritage to the tune of $11.2 billion annually and the support of more than 171,000 jobs — putting the hunting and fishing industry in the top 10 percent of the state’s job-creation industries.

Tamulevich’s rhetoric relies on people being uninformed and triggered by emotive terms. Unfortunately, it will continue to be a tactic she and the organization she represents use to try and convince the public that conservation, including hunting and wildlife management, is “trophy hunting.”

Tamulevich writes that MUCC is a “trophy hunting and trapping lobbying group.” She conveniently leaves out the fact that MUCC fought to stop our rivers from starting on fire in the ‘60s, led the charge on the citizen-initiated bottle bill in the ‘70s, lobbied for strong wetland protections in the ‘80s, fought to stop ballot-box biology in the ‘90s, helped pass the citizen-initiated Scientific Fish and Wildlife Act in the 2010s and, most recently, fought to amend the constitution to permanently protect the Michigan Natural Resources Trust Fund revenues so that all Michiganders can enjoy our bountiful natural resources wherever they might be.

Journalist Chris Dorsey said it best: “Their (anti-hunting organizations’) primary mission revealed by their actions isn’t to save animals, it’s to raise money off the perception that they’re saving animals.”

Please ask yourself what has HSUS done for the wildlife and wild places of this state they claim to care so much for?