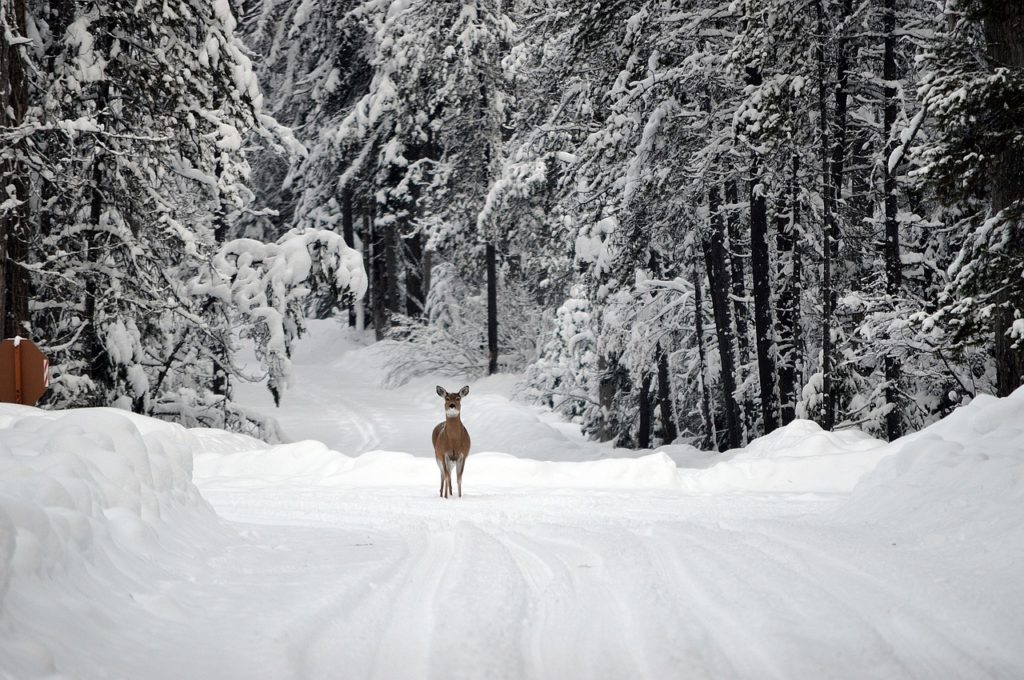 The Michigan Natural Resources Commission (NRC) took action on deer regulations at their July meeting, just in time for rules to be printed in the Michigan Hunting Digest for the fall 2020 hunting seasons. The new rules include an extended firearm season in the southern Lower Peninsula and added flexibility for harvesting an antlerless deer.

The NRC met virtually on Thursday, July 16 to consider a relatively short agenda. The Michigan Department of Natural Resources (DNR) hosted the meeting and a recording can be viewed using this link. This was the first NRC meeting since December 2019 with seven members seated.

In May, NRC members started discussing proposed deer regulations on the standard, three-year cycle, and they made decisions on a number of recommended changes. With the passage of these new rules, hunters who buy a combination license will have more flexibility to harvest bucks or antlerless deer with their licenses.

While MUCC members have mixed feelings about the entire package of rules, I certainly appreciate the flexibility that this new license structure will give deer hunters, said MUCC Executive Director Amy Trotter.

“These rules offer flexibility for all of the hunters in Michigan to work on antlerless deer management and filling their freezers,” said Trotter. “In areas where overpopulation is a concern, this is a great opportunity to bring hunters into the fold for population-level management. This will likely facilitate greater harvest potential than special landowner permits or sharpshooters.”

In addition to the proposed changes contained within in the deer regulation memo, NRC members also passed a number of other amendments that would allow:

Further, members of the commission passed amendments that would:

Further, members of the NRC passed two non-binding resolutions to direct the department to:

It is likely that there will be another round of deer regulations later this year that will take effect during the 2021 hunting season.

Some of these changes were contained within the order, but a number of other amendments were offered, leading to a confusing set of alterations to the rules.

This process where amendments were made without clear opportunities for stakeholder review is really troubling, Trotter said.

“There were certainly some ups and downs in this process,” Trotter said. “However, overall I think the biggest issues for MUCC came in the process of making the amendments to the proposed order. Anyone listening to the NRC meeting who hadn’t put quite a bit of time into understanding the rules and commissioner amendments would be completely lost. MUCC will continue to work with the NRC and the DNR to make this process more transparent and use friendly for our members”

Commissioners also received an update on license sales. Since the onset of COVID-19, hunting and fishing license sales have increased dramatically year-to-date. While it is likely more individuals are taking advantage of the outdoors and our public lands since many schools and employers have moved to a virtual format, it is also important to note that some of these trends may be the result of the DNR’s new online license platform. As expected, short-term fishing licenses, as well as out-of-state licenses both experienced a decline.

For reference, in June, members of the NRC requested that the format of their meetings be changed to address “New Business” and “Old Business” rather than items up “For Information” or “For Action.” Commissioners cited more flexibility in decision-making and added transparency as the reason for this administrative change.

As usual, there were land transactions before the director this month, including transactions in Wexford and Presque Isle counties. One is a sale of a small tract and the other is a purchase using funds from the Michigan Natural Resources Trust Fund. DNR Director Eichinger signed both orders.

DNR Director Eichinger considered and signed a Land Use Order of the Director regarding camping and other uses of state forest land in Benzie County. This order limits the extent to which campers may utilize this piece of land, as DNR staff notes that “associated camping [in the area] results in enormous amounts of garbage and accumulations of human waste being left onsite.” This new management action is directly linked to the abuse of this particular parcel.

The NRC also voted to pass a Wildlife Conservation Order allowing DNR staff to conduct the mandatory elk hunt orientation virtually, if necessary. DNR staff recommended this change in June, given ongoing concerns due to COVID-19.

The next meeting of the NRC is scheduled for August 13 and will likely take place virtually.