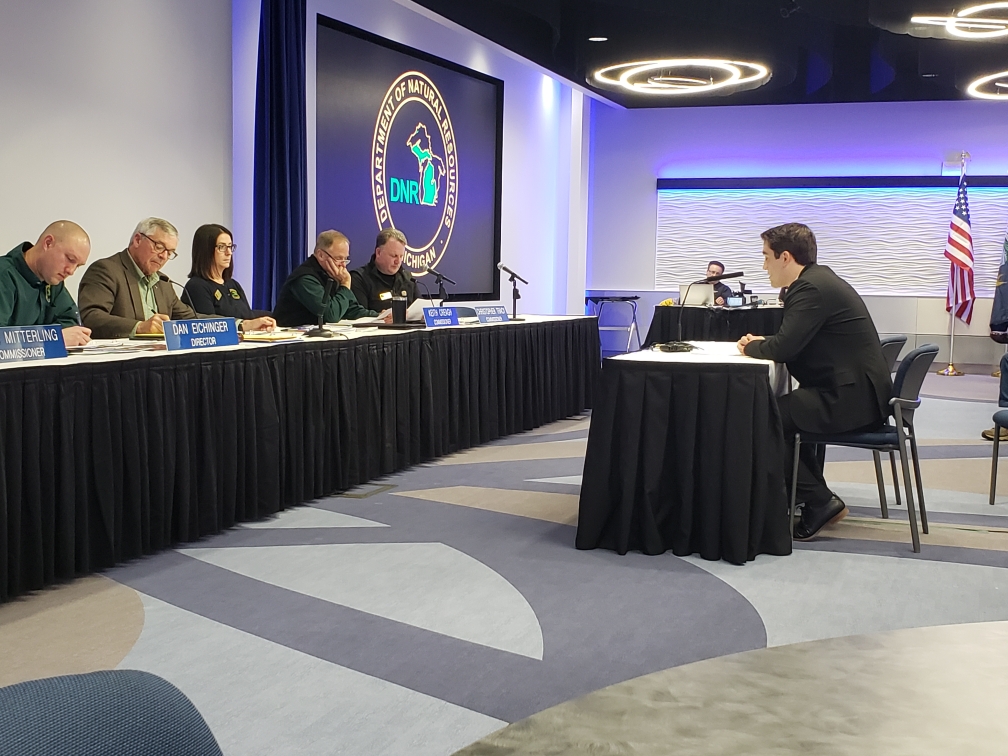 The seven-member body is tasked with regulating the take of game and sportfish and is authorized to name new game species and establish the first hunting season. The body is also required to remain bipartisan, meaning that no more than four members of a political party may sit on the commission.

In the governor’s Tuesday press release, she named Carol Rose (I-Hillman), J.R. Richardson (R-Ontonogan) and Mike Lashbrook (D-East Lansing) to the commission. All three are subject to the advice and consent process of the Michigan Senate, should the upper legislative chamber choose to exercise that ability. Richardson will serve the remainder of former commissioner John Walters’ term, which ends December 2021.

Whitmer’s last two appointments to the NRC, former Grand Rapids Mayor George Heartwell and college biology instructor Anna Mitterling, were rejected by the Senate in February. Since, Michigan United Conservation Clubs (MUCC) has passed a resolution directing the organization to work with the governor’s office and republican-controlled Senate to try and find appointees both can agree on.

Being one absent commissioner from not having a quorum worried MUCC with important regulations on the table, said MUCC Executive Director Amy Trotter.

“Having vacancies on this seven-member body hamstrings its ability to make conscientious decisions about natural resource policy in the state,” Trotter said. “Regulations impacting hundreds of thousands of Michigan hunters, particularly deer hunters, are on the table at July’s NRC meeting. Seven heads are better than four.”

Richardson is a former member and chairperson of the NRC, serving from 2007 to 2018. He was initially appointed by Gov. Granholm and reappointed by Gov. Snyder. In late 2018, Richardson was tapped by Gov. Snyder to represent the U.P. on the Mackinac Straits Corridor Authority – a body created to oversee the construction and maintenance of a utility tunnel under the Straits of Mackinac. This project has been the subject of great controversy, especially relating to Enbridge’s Line 5 pipeline. Shutting down Line 5 was a key campaign promise by Gov. Whitmer. Richardson has resigned from the corridor authority.

Earlier this year, Richardson and another former NRC commissioner, John Madigan, challenged an NRC decision changing the bag limit of U.P. brook trout in court. MUCC and other conservation organizations were in favor of returning the creel limit of brook trout to five, while the plaintiffs in the case were in favor of a 10-trout limit. A study conducted by DNR Fisheries Division biologists, in collaboration with faculty at Michigan State University, focused on 33 particular trout streams in the U.P. This research found that continuing a 10-brook-trout creel limit would pose significant risk of damage to the resource. The suit brought by Richardson and Madigan against the NRC has since been dropped.

Rose was most recently a member of the MUCC Executive Board and Michigan Wildlife Council. She served MUCC in Region Four in the Northeast Lower Peninsula as a member of the Montmorency County Conservation Club and Upper Black River Council. Rose submitted her resignation to the board on Tuesday morning.

Lashbrook is the former executive director of the Michigan Beer and Wine Wholesaler Association, which represents alcohol distributors in the state. A longtime lobbyist in Lansing, Lashbrook is also a member of Trout Unlimited and The Nature Conservancy.

MUCC hopes the new commissioners will be able to bring a collaborative spirit to the body and help make responsible fisheries and wildlife policies.

“Filling these vacancies was a necessary step by the governor and is a move in the right direction,” Trotter said. “Now it is time for the Senate to exercise their right to advice and consent. MUCC hopes that they will vet these candidates and ensure that the NRC has the best members possible.”

These appointments come at a critical juncture for the commission. With only four commissioners seated, all currently-appointed commissioners must be present for the NRC to reach a quorum to do business. With the NRC considering deer regulations and a number of other hunting and fishing rules in the coming months, it is important to have a full commission.

The three appointees from today will serve the commission immediately until their term expires or they are disapproved within the next 60 days by the Senate.

Current commissioners Tracy and Klarr will end their terms on the NRC in Dec. 2020.