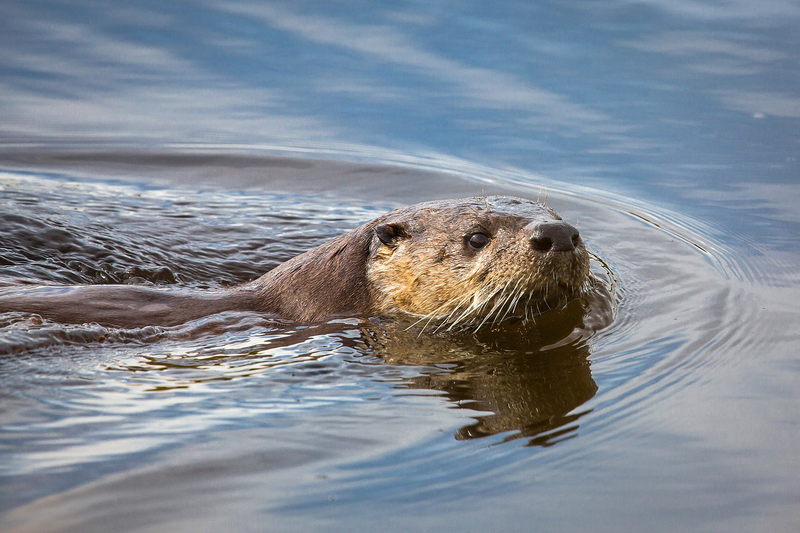 The Natural Resources Commission (NRC) will weigh furbearer regulations and land transactions at the February meeting.

The meeting will take place on Feb. 13 at the Lansing Community College Gannon Building in the Michigan Room (422 North Washington Square; Lansing, MI 48933). As always, if you are unable to attend in person, you can live-stream the meetings from the MUCC Facebook page! A full agenda for the day can be found here.

At 11 a.m., the NRC Policy Committee on Wildlife and Fisheries will convene to receive an update from the DNR chiefs of wildlife and fisheries. Interim Wildlife Division Chief Dan Kennedy is slated to give an update on the division as well as present information on the orders that are up for information at this meeting. Kennedy will be joined by division staff, including state furbearer specialist Adam Bump.

At 1 p.m., the commission of the whole will convene with DNR Director Dan Eichinger providing a director’s report.

The NRC will be receiving information on two wildlife orders at this meeting, including a revision of the state furbearer regulations and rules regarding the use of electronic traps in the mitigation of nuisance wildlife.

Furbearer regulations are included in Wildlife Conservation Order No. 1 of 2020. If passed this order would increase the otter bag limit by one in each otter management unit, allowing individuals to harvest up to four otters total. The order would also extend spring beaver trapping seasons through the end of April and would allow trappers to keep incidentally captured mink trapped in muskrat colony traps. Further, this order would allow the nighttime hunting of foxes and coyotes from elevated platforms and add pneumatic guns as legal methods of take for the nighttime hunting of raccoon, opossum, fox and coyote. MUCC members have passed resolutions that support both of these measures. A number of other elements have been included to add clarity to trapping regulations in the coming years.

Commissioners will also be briefed on an order regulating the use of electronic trap monitors for wildlife damage and nuisance animal control businesses.

The NRC will rule on a fisheries order to create special fishing regulations for bluegill anglers on Walled Lake. This order, which would make the lake catch-and-release only, will “protect unique and high-quality fishing populations which provide a diverse public fishing opportunity.”

This month, DNR Director Eichinger will provide an update on the implementation of Public Act 288 of 2016 regarding forest road inventory and will likely declare Monday, Feb. 17th a “free fishing day.”

There are also a number of land transaction orders before Eichinger in Iron and Roscommon counties, which can be found in the agenda here.

Once again, the NRC has included Fisheries Order 200.20A on their agenda, this time indicating that the commission might recess for a closed session. Since October 2019, this order has been an issue of contention for the NRC. This order first appeared for action at the Nov. 7, 2019 NRC meeting. At this time, commissioners voted to reinstate a bag limit of 10 brook trout on 33 streams in the U.P. This was opposed by the Department, as well as many conservation organizations, including MUCC. The order was brought up again at the December commission meeting where commissioners held a closed session to receive private counsel with the state Attorney General. In January, the commission reversed their previous decision and reduced the brook trout bag limit to five on the 33 streams, consistent with the rest of the U.P.

The February meeting will be chaired for the first time by newly-appointed commissioner George Heartwell. According to a recent press release from Gov. Whitmer’s office on Feb. 7:

“George K. Heartwell, a Democrat of Newaygo, is the chair of the Newaygo Economic Development Organization, a member of the Environmental Law and Policy Center Advisory Board, and a member of the bi-national Great Lakes Water Quality Board. He previously served as the mayor of Grand Rapids and as a member of the Michigan State Transportation Commission. Mr. Heartwell is appointed for a term commencing February 7, 2020 and expiring December 31, 2023. He succeeds Rex Schlaybaugh whose term expired December 31, 2019. The Governor has designated Mr. Heartwell to serve as Chairperson of the Commission.”

Heartwell’s appointment is subject to the advice and consent of the Senate. They have 60 days from the announcement of the appointment to take action.