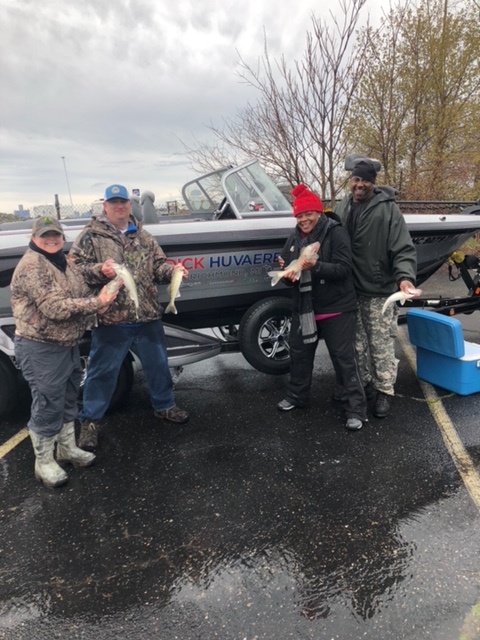 The Natural Resources Commission (NRC) met at the Northern Michigan University campus in Marquette last week, covering a variety of topics such as opening hunting on Watkins Lake State Park and modifications to spawning closure dates.

The day started at 10:30 a.m. with a report on Arctic Grayling from Michigan Department of Natural Resources (MDNR) Fisheries Division Chief Jim Dexter. Aquatic Species and Regulatory Affairs Unit Manager Seth Herbst presented fisheries orders that were up for information before the NRC. (See below)

Former MDNR Wildlife Division Chief Russ Mason provided an update on the fall elk hunt which ended Aug. 30. A total of 35 elk were harvested, 19 of which were cows, 15 bulls and one calf. Mason also talked about his transition into his new role as the MDNR’s executive in residence at Michigan State University’s College of Agriculture and Natural Resources. Shannon Hanna, MDNR natural resources deputy, will be serving as the interim wildlife division chief.

John DePue of wildlife division gave an update on white-nosed syndrome in bats. Bats contribute nearly $3.7 billion in estimated value to the state of Michigan through pest control. Methods to control this disease and mitigate its effects are underway, possibly including climate-controlled caves.

The NRC Committee of the Whole convened following a break for lunch. Former commissioner J.R. Richardson was recognized for his years of service to the State of Michigan. Recognitions were also given to Jim Hendricks for his role on the Michigan State Parks Advisory Committee and Stacy Welling Haughey for being awarded the Unsung Hero award from MUCC.

To see the items that were up for information and action check out the NRC preview.

MUCC Policy Assistant Ian FitzGerald testified in support of the proposed increase to walleye limits along the Detroit River from April 1, 2020, through April 30, 2020. The increase from five to six would create consistency with other waters that have the six-walleye limit such as Lake St. Clair, St. Clair River and Lake Erie and reduce angler confusion.

The Commission voted to allow hunting and trapping in 400 of the 1,122 acres of the Watkins Lake State Park & County Preserve.

The Commission voted to approve a change to Otsego Lake Pike Marsh closure time listing from “whenever marsh is in operation” to “March 16-June 15.

The NRC passed a change to the fisheries order that modifies the downstream boundary for the Upper South Branch of the Thunder Bay River in Montmorency County, which will extend the Type 1 regulations an additional three and a half miles. The boundary would be moved to the Fletcher Floodwaters.

The department also recommends modifying the listing for the East Branch of the South Branch of the Waiska River in Chippewa County in the Order to include the name Hutton Creek in parentheses.

The NRC approved two catch-and-immediate-release sturgeon fishing opportunities for the St. Marys River in Chippewa County and all waters of Portage and Torch Lake in Houghton County.