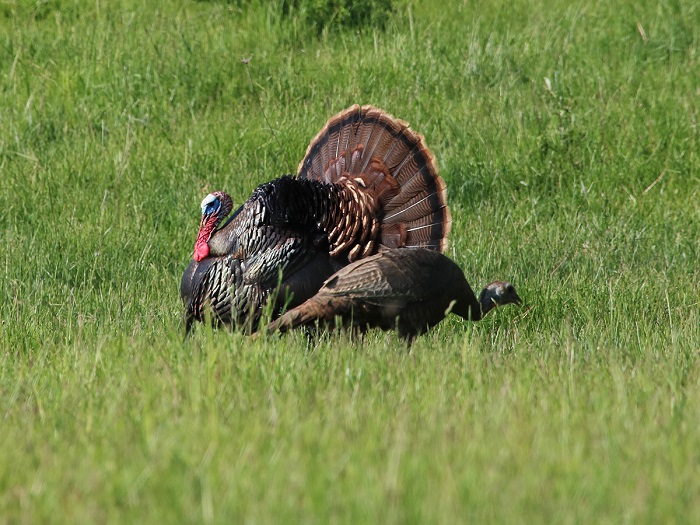 The NRC will meet this Thursday, Oct. 10 at the West Campus of Lansing Community College (5708 Cornerstone Drive Lansing, MI 48917) in conference rooms M119-121. If you are unable to attend in person, check out the MUCC Facebook page! A full agenda for the day can be found here.

Thursday’s meetings will start at 8:30 a.m. with the NRC Policy Committee on Wildlife and Fisheries. This month’s agenda includes an update from the chiefs of the Michigan Department of Natural Resources (MDNR) fisheries and wildlife divisions. MDNR Fisheries Chief Jim Dexter is slated to update the Committee on updated sportfishing regulations and MDNR Interim Wildlife Chief Shannon Hannah will present on spring turkey regulations and preliminary results from the 2019 elk season.

At 9:30 a.m., the NRC Committee of the Whole will convene. As usual, the Commission will receive an update from MDNR Director Dan Eichinger on the state of the agency. This month’s update will include lifesaving awards from both the MDNR Law Enforcement Division and the MDNR Parks & Recreation Division. Representatives from non-governmental partners, including Safari Club International, Trout Unlimited, and Michigan State University, will all present to the Commission on behalf of the Director.

Updated regulations will be up for information this month in preparation for triennial revisions. These regulations were last revisited in 2016 and have been specifically designed to “maximize hunter opportunity for a satisfactory hunting experience while sustaining a viable wild turkey population.” This year, recommendations from the Department include some restructuring of seasons and private land hunts, as well as allowing the take of turkeys from a scaffold, raised platform, or a tree with a firearm.

The department is also putting forth new regulations that would allow the harvest of a turkey from an elevated surface with a firearm. MUCC is in support of this change, per a policy proposal passed at our 2019 Annual Convention.

The Commission will also gain information on revisions to the standing trout, salmon, whitefish, cisco, grayling, and smelt regulations. This information order suggests a number of administrative changes, of which a full list can be found here.

The items up for information this month will likely come before the Commission for action in the coming months.

A change in fisheries orders 205 is being acted upon to be consistent with regulations in Wisconsin. The boundary waters of Wisconsin and Michigan are cooperatively managed by the states. Changes in the order include matching Wisconsin’s minimum size limit of muskellunge which is 50 inches, and a possession season extension for muskellunge and bass. Both of the possession seasons will be extended to December 31 if this proposed order was to be passed.

Changes to the fisheries order aim to address size structure concerns of northern pike populations, protect spawning walleye in an area where they are susceptible to harvest and address concerns stemming from the same waterbody having multiple common names. See the clickable link for information regarding these changes.

This change, if passed, would add the Detroit River, St. Clair River and Lake St. Clair to the annual walleye harvest quota process for Lake Erie. This would allow one additional walleye, for a total of six, to be harvested in the Detroit River from April 1, 2020 to April 30, 2020. This change is supposed to help with more streamlined management and reduce confusion among anglers.

This acquisition before the director would add more than 400 acres to the Potterville State Game area. The land has great habitat for small game and pheasant hunting.

This acquisition will add 31 acres to the Lost Nation State Game area that will provide excellent hunting opportunity for deer, waterfowl and turkey.