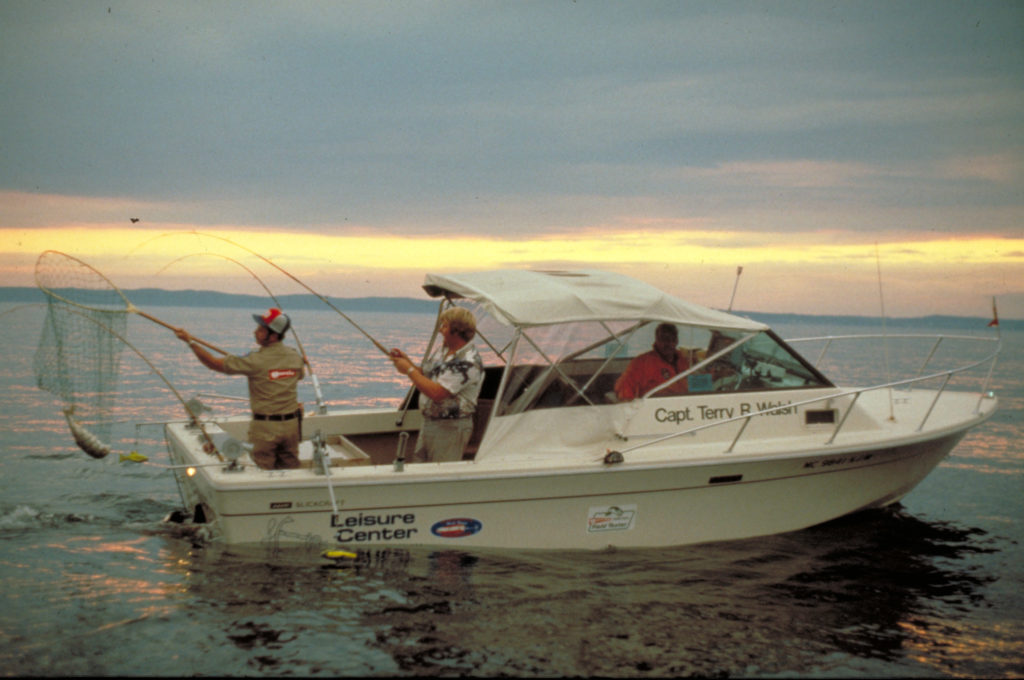 Submitted by the Coalition to Protect Michigan Resources (CPMR). MUCC is a founding member of CPMR. Click here to see the latest Michigan Out-of-Doors segment on the consent decree.

This is the third in the series of updates that we will be posting to let those interested in the sport and commercial fisheries of the Great Lakes know what challenges the parties face in the negotiation of a new agreement between the State, the federal government and the five Michigan Tribes holding a treaty right to fish in the Michigan portion of the upper Great Lakes. The first update gave you some background on the negotiations. The second update discussed the issues facing recreational fishers in the sharing of the Great Lakes fisheries with the Tribes.

In the early years of the agreement, the Tribal fishery was highly successful. According to data supplied by the Tribes, they caught about 4 million pounds of whitefish in 2008 in Lake Superior and the northern waters of Lakes Michigan and Huron. In addition, the Tribes caught more than 600,000 pounds of lake trout. At the same time, State data reported that the recreational fishery in these waters caught about 2 million pounds of salmon and 175,000 pounds of lake trout.

By 2019, however, the Tribal catch of whitefish had declined to about 1.2 million pounds and the State catch of salmon (chinook and coho) had declined to about 700,000 pounds. Changes in the Lakes had led to a decline in the fisheries of both the State and the Tribes. Principal among the changes was the impact of quagga and zebra mussels on the food web. This led to a significant reduction in the recruitment of whitefish and salmon to the fishery and a collapse of alewives in Lake Huron, which caused starvation among that lake’s salmon.

In the face of a declining fishery, the parties to the negotiations are facing significant challenges. In the near-term, the reduced availability of whitefish, salmon and, in some areas, lake trout, means that both the State and the Tribes face difficult choices. Since the Great Lakes fishery is a finite, equally-shared resource, and the State of Michigan’s available fish have also declined significantly –– there are no other fish or species available to make up for the significant decline in whitefish. The Tribal fishery cannot expect to survive at the expense of the State’s share of the fishery. For the Tribes, the declining stocks of whitefish means that a decision must be made: if a particular annual catch is necessary for a commercial fishing operation to survive, and the availability of whitefish is one-third of what it once was, the commercial fishery cannot fish the same amount and kind of gear and expect to survive. Either the commercial fishery must reduce its costs to operate significantly, or find other fish to catch and sell, or the regulatory authorities have to reduce the number of commercial fishers so that those who are allowed to continue can survive economically. In other words, limited entry and effort by commercial fishers must be balanced to deal with the corresponding reduction in the fishery resource.

Faced with this conundrum, there is another challenge facing the parties as they try to sort out this problem, allow both the Tribal commercial and State recreational fisheries to survive, and reach a new agreement. In 2000, the Tribes and State agreed to reduce the amount of gill nets fished in the Great Lakes. The State purchased and gave to the Tribes several commercial trap net operations at a cost of $17 million. Trap nets catch fish alive, provide a better quality of marketable fish and allow sport fish such as lake trout to be returned to the water alive. This conversion of commercial gill net fishing to trap net fishing took an estimated 14 million feet of gill net out of the northern Great Lakes annually and helped greatly in the recovery of lake trout.

There are challenges for the Tribes if the plan is to reduce the costs to operate a commercial fishing business by allowing for the return and expansion of less expensive gill net fishing. There will likely be a loss of trap net operations, and an increase in nontargeted catch and kill of lake trout in gill nets resulting in a negative impact on lake trout rehabilitation. Ultimately, a less successful Tribal fishery may have to shut down earlier in the season each year to protect lake trout rehabilitation. This could also require a reduced bag limit for the State recreational fishery. On-board monitoring of lake trout killed in gillnets could also be required, which could be costly. In addition, if unlimited entry of new gill net fishers is allowed, it will simply reduce the profitability of the existing Tribal fishers. Finally, we can expect gear conflict to increase as gill nets can be regularly and easily moved when compared to trap nets.

The State faces similar challenges in a reduced recreational fishery. It has long used limited entry and effort to manage its catch. Whether it’s the number of rods, the daily bag limit, the length of season or the size limit for a species, the State has long dealt with a declining fish population by adjusting the size and effort of the recreational fishery to preserve the resource.

The parties have a difficult task and many challenges ahead of them in these negotiations. The fishery is significantly different and significantly smaller than it was 20 years ago. There are not more or different fish available to make up for the changes in the whitefish and salmon fisheries. Rather, commercial and recreational fishing must be managed by balancing effort and entry with the availability of fish to catch if these fisheries are to survive.