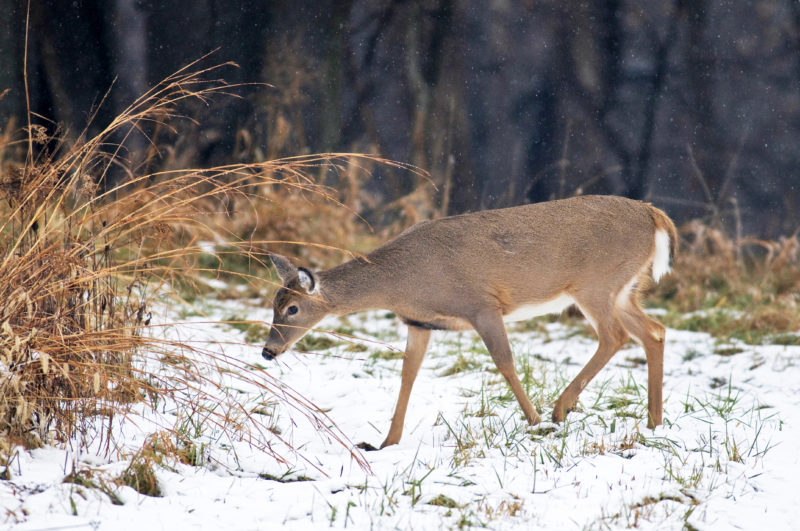 The Michigan Natural Resources Commission (NRC) met Thursday to discuss new rules for the 2021 deer hunting season, including changes to archery regulations and the creation of new antlerless deer tags.

If passed in February, the proposed deer regulations would impact deer hunters statewide and could include a removal of the Upper Peninsula’s (U.P.) “hunter’s choice” option, the legalization of crossbows during the late U.P. archery season and the creation of a universal antlerless license. However, three commissioners have proposed amendments which would remove different provisions from the current wildlife conservation order. Given the ongoing issues relating to COVID-19, the NRC met virtually to consider a full agenda. A recording of the meeting can be viewed here.

While the NRC could have voted on this package, they will postpone any decision on the 2021 deer hunting regulations until February. It is important to note that any changes to the deer hunting license structure and the electronic licensing system must be made by March 1 in order to take effect for the upcoming season.

“MUCC is thrilled to see so many of Michigan’s citizens signing up to speak before the NRC,” Trotter said. “We have long advocated for public participation at the NRC meetings, and will continue to advocate for transparent, science-based management of our natural resources. Engaging members of the public is critical to achieving that mission.”

Staff from the Department of Natural Resources (DNR) gave a number of updates to the NRC, including a presentation on a fisheries order relating to bait fish disease control, the results of the 2020 elk seasons and an update on the forest road inventory. While hunters overall experienced great success in the elk seasons, four elk were taken illegally during the 2020 seasons. There was also an update on the status of the state wolf management plan.

Wolves were removed from the federal Endangered Species List in Oct. 2020 and, effective Jan. 4, 2021, are subject to state management. Further action will be guided by the state wolf management plan, which is due for an update. DNR staff told members of the NRC that the wolf management advisory council will be reconvened and will work to complete an updated wolf management plan by the summer of 2022. Any decisions made will be subject to additional rule-making and litigation.

MUCC released a statement when the delisting occurred last year. MUCC has been heavily involved in returning wolves to state management, including submitting multiple rounds of public comment in the last two decades.

The NRC considered Fisheries Order 245.21, an order governing commercial bait dealers. This proposed rule is aimed at helping stem the spread of diseases in fish populations throughout the state, especially through the use and transportation of live baits (minnows). DNR staff noted that the goal of this order is to enhance biosecurity of bait supply, while also adjusting specific provisions of the law based on updated scientific information. If passed, this rule will expand baitfish testing requirements and recommendations for baitfish harvesters, wholesale retailers and anglers. The NRC will take a vote on this rule at their February meeting.

Members of the NRC gathered testimony on a package of proposed deer regulations for the fall 2021 hunting season. These changes may be viewed in brief from MUCC.

Three members of the NRC have offered four amendments to the proposed rules, which were linked in the December NRC agenda. These amendments deal with rescinding the proposed removal of the “hunter’s choice” program in the U.P., rescinding the proposed use of crossbows during the late U.P. archery season, archery hunting for antlerless deer and regulations created as a part of a Michigan State University study to evaluate the impact of APRs on chronic wasting disease. The members of the NRC who proposed these amendments in November are likely to bring them up again at the February NRC meeting.

This was the first meeting for new commissioners Thomas Baird and David Cozad.

Thomas A. Baird, of Elk Rapids, is the owner of Thomas Baird Consultants. He holds an associate’s degree in general studies from Grand Rapids Junior College, a bachelor’s of science in political science and psychology from Grand Valley State University, and a JD from the University of Michigan Law School. Baird was appointed to represent Democrats for a term commencing January 1, 2021 and expiring December 31, 2024. He succeeds Christopher Tracy whose term expires December 31, 2020.

David Cozad, of Bay City, is the president of Mainstream Resources. He holds a Bachelor of Science in Biology from Alma College and a Master of Science in Aquatic Biology from Central Michigan University. Mr. Cozad is appointed to represent Democrats for a term commencing January 1, 2021 and expiring December 31, 2024. He succeeds Louise Klarr whose term expires December 31, 2020.

Since 1937, MUCC has united citizens to conserve, protect and enhance Michigan’s natural resources and outdoor heritage – and we do so from Lansing to Washington D.C. Please join us today: http://bit.ly/