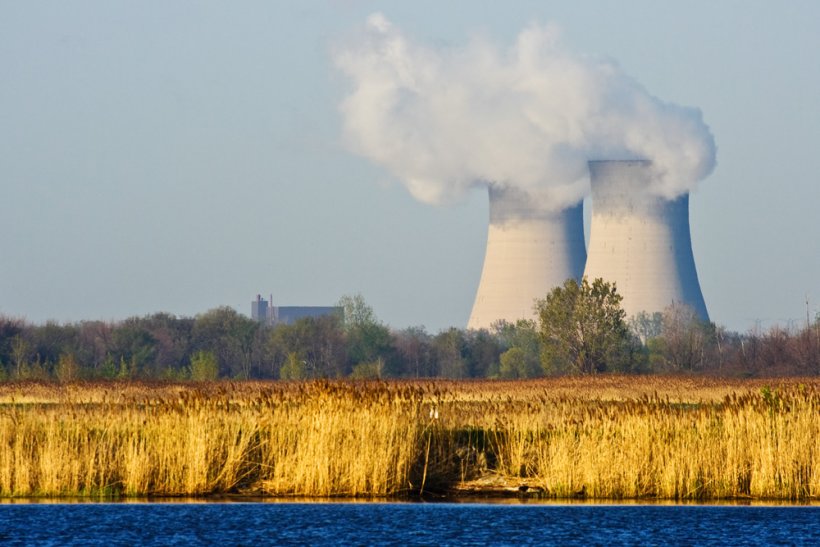 Per member-passed policy, MUCC recently signed onto a bipartisan resolution introduced by Congressman Dan Kildee that opposes the proposed 50,000 tons of nuclear waste storage near the Great Lakes basin.

The MUCC resolution, which passed in 2015, requires that “MUCC adopts the position to ban long-term disposal and deep geological repository (DGR’s) of ALL grades (low-level, intermediate and high risk) of radioactive waste in Michigan and the Great Lakes Basin.” Full text of the resolution can be found here.

See below for a release from Congressman Kildee’s office:

The U.S. and Canada have historically worked together to prevent the permanent storage of nuclear waste in their shared water basins. During the 1980’s, when the U.S. was exploring several potential domestic sites to permanently store nuclear waste, the then-Canadian Prime Minister Brian Mulroney and Minister for External Affairs Joe Clark expressed serious opposition to sites located in or near shared water basins. Ultimately, the U.S. decided not to pursue these contentious sites.

Congressman Kildee’s resolution asks President Biden and his administration to work with the Canadian government to ensure nuclear waste is not permanently stored in the Great Lakes Basin.

“As Michiganders, we are fortunate to be to part of the Great Lakes Basin, and we all hold a unique responsibility to ensure our freshwater resources remain protected for generations to come,” said Congressman Meijer. “From recreational activities to economic opportunities, the Great Lakes are integral to our daily lives, and a spill of hazardous materials would be devastating to communities across the state. We must continue to urge our Canadian allies to find an alternative storage site for nuclear waste, as the current proximity to the Great Lakes remains a threat to our freshwater basin.”

“Millions of people and wildlife depend on a healthy Great Lakes ecosystem to live. It should be abundantly clear that permanently storing nuclear waste anywhere near the Great Lakes is a major environmental and health threat we cannot afford,” said Congressman Levin. “As a lifelong environmentalist, I am always trying to minimize the risk posed by nuclear waste by ensuring that it is properly stored away from our most sensitive places. I am proud to join Congressman Dan Kildee on this resolution and ensuring our Great Lakes are protected for future generations.”

“The Saginaw Chippewa Indian Tribe has a long history of being opposed to and working with others to eliminate the continuing threat of nuclear waste being deposited into Mother Earth so close to the largest fresh water repository on earth. The Tribe remains committed to the elimination of all efforts to further threaten our environment and territories for the greater good of humanity,” said Tribal Chief Tim J. Davis, of the Saginaw Chippewa Indian Tribe of Michigan. “It takes people from all walks of life to ensure we do the good work to protect and preserve our most sacred gift, the gift of water (biish).”

“Over 40 million people in the U.S. and Canada depend on the Great Lakes for clean drinking water. The Great Lakes generate over $82 billion in economic activity annually and support over a million good-paying jobs. A nuclear waste spill would spell disaster for our economy, the health of millions, and our way of life. The Great Lakes are absolutely the wrong place to build a nuclear waste repository,” said Marc Smith of the National Wildlife Federation. “Thank you to Congressman Kildee for protecting these precious natural resources from the threats posed by burying nuclear waste in the Great Lakes Basin.”

“As Michiganders, we are defined by the Great Lakes and we will be remembered by how we stood up for these waters that hold 20 percent of the planet’s fresh surface water,” said Tim Minotas, Legislative and Political Coordinator for the Sierra Club Michigan Chapter. “Storing nuclear waste within the Great Lakes Basin would pose a substantial unnecessary threat to the Great Lakes ecosystem, our drinking water, and the regional economy, which is why we must do all that we can to prevent this from happening.”

This resolution is part of Congressman Kildee’s continued efforts to protect the Great Lakes from the threat of Canadian nuclear waste. Congressman Kildee has introduced resolutions similar to this one in the last four Congresses—each time with strong bipartisan support—to oppose the permanent storage of Canadian nuclear waste near the Great Lakes by any entity.