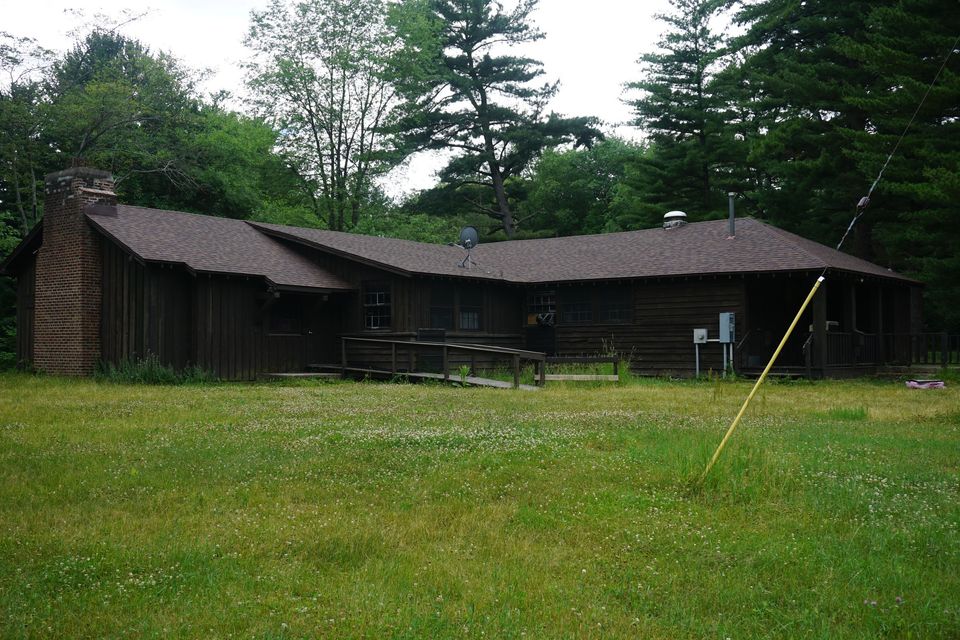 Even though we were unable to have campers down to Cedar Lake this summer. We are still working on improvements to the facility throughout the summer and fall. Last week in partnership with Moore and Sons Roofing along with Owens Corning, we were able to replace the roof on the lodge building. The lodge is the largest and most used building at camp.  The lodge is where every camper eats meals and visits the camp store. It is where parents drop their campers off. It also serves as classroom space for rainy days. 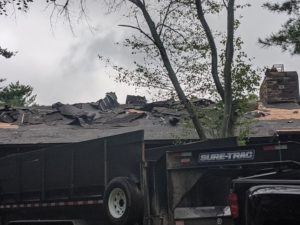 Over the last few years, a leak had developed in the kitchen area and had fortunately been dripping into the sink. Since it was dripping into the sink, it was not an immediate need.  When the walk-in cooler went down last year it moved up higher on the list and the roof project was moved to another year to-do list. With the drastic loss in revenue from not operating camp this summer, it didn’t look great for replacing the roof this year either.

However, that is when some good fortune bounced our way. Through some connections of the MUCC board, Owens Corning donated the materials and supplies to replace the entire roof. With materials lined up. Ed Moore of Moore and Sons Roofing based out of Grand Rapids volunteered to donate the time and expertise of one of his crews to get the roof project accomplished.

Besides the leak in the kitchen, the rest of the roof was more than 30 years old and required some major repair work as well. Ed came down this spring to assess the issues and came up with a plan for his team.

At the end of June, Moore and Sons Roofing and their crew of 11 came down got straight to work on the roof.  We have had several roofs replace over the years at camp and they usually take several days with a mix of volunteers and staff. In my head, I figured this project would take at least a week if not longer. With Ed’s team of professional roofers, they had the old shingles and roof stripped off by lunch. Materials for the new roof arrived around 10 AM and watching this crew work was impressive. 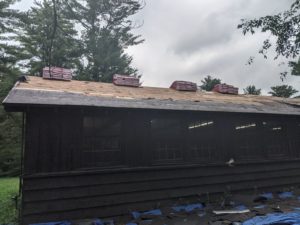 After a lunch break with some pizza and some fresh new MOOD camp shirts as souvenirs, the crew was back on the roof putting new material and shingles down. The afternoon brought a little bit of drizzle, but not enough rain to slow the crew down.  As 5:00 PM rolled around, I was astounded to receive a text from Max that said the crew was going to be done within the hour.

True to his statement, the crew was off the roof and pulling out of camp by 6:00 PM. 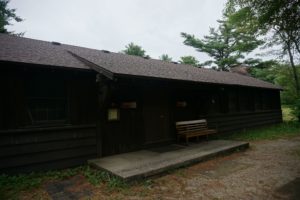 Getting this roof replaced and ready for next season is a huge lift for the facility. We are excited to show it off in 2021.  The price tag for the project is in the ballpark of $25,000 and we cannot express our appreciation enough to Ed and his crew as well as Owens Corning for their generous donation of time and material.