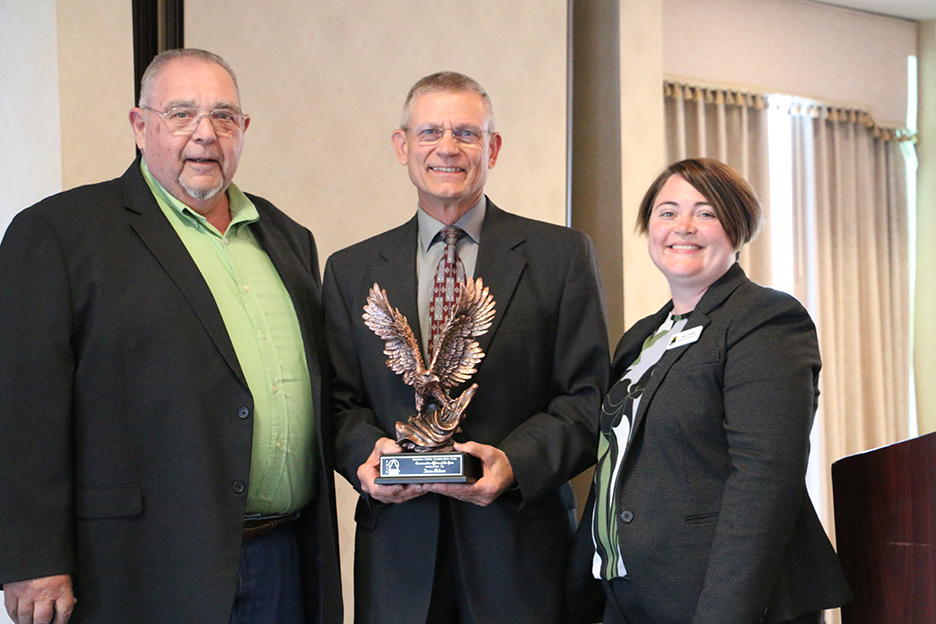 In 2001, Dean was promoted to the rank of Lieutenant and took over as the district 6 supervisor, overseeing officers out of the Cadillac District Office. In June of 2008, Dean took a temporary assignment out of the division office in Lansing to assist Chief Gary Hagler in his new position. In March of 2009, Dean was promoted to Assistant Chief of the Department of Natural Resources Law Enforcement Division. Dean’s passion for Michigan’s Natural Resources and his commitment to conservation officers can be seen in every decision he made. One of his greatest joys was teaching our new officers during the academy — instructing them in ethics and public speaking. During his tenure as the assistant chief, he was able to aide in the reshaping of the division, taking it from a time when staffing was low to the highest staffing level ever, including staffing a detective in every district and increasing the division’s presence on the Great Lakes.

Dean’s commitment to passing on Michigan’s hunting and fishing heritage can be seen in his efforts organizing events for Ducks Unlimited and the National Wild Turkey Federation. Dean also sits on the board of Passing along the Heritage (PATH) Foundation dedicated to giving young, terminally ill and disabled hunters life-changing experiences.

Dean’s passion and dedication to serve and protect others was passed on to his two sons, his oldest son Dean Molnar Jr. is a detective sergeant with the Michigan State Police, and his youngest son Joe Molnar is a Lieutenant with the Department of Natural Resources Law Enforcement Division’s district 9.

In 2018 Dean decided to retire after 29 years of service in order to dedicate more time to his family who he loves dearly. Dean looks forward to spending more time with his wife Donna and passing on love of the outdoors to his three grandchildren Dean III, Easton, and Grady.

It is no surprise to us in this room of how important our conservation officers are. They are often the first to arrive on a scene and protect our natural resources. To be a conservation officer is one of the highest honors in law enforcement, and Dean has exemplified that honor. 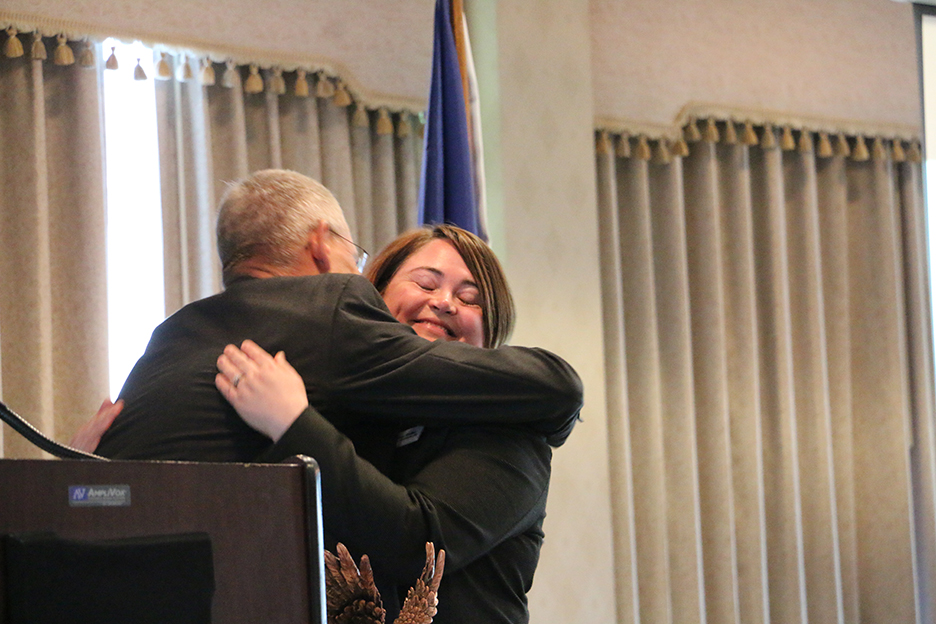 Molnar hugs Trotter after giving his acceptance speech. The two have worked together for Trotter’s 12-year career at MUCC.