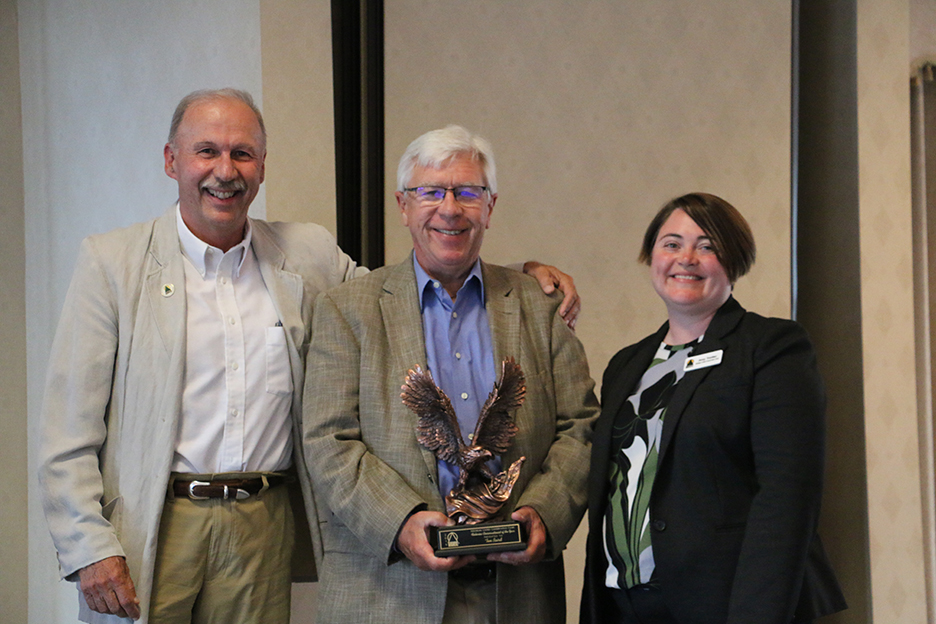 MUCC Past President Paul Rose, left, and MUCC Executive Director Amy Trotter, right, present Tom Baird from the Anglers of the Au Sable with the MUCC 2019 Fisheries Conservationist of the Year Award

MUCC is proud to name Tom Baird as its 2019 Fisheries Conservationist of the Year. Although this represents an annual award, in Tom’s case this well-deserved recognition signifies what has been a near lifetime of work on behalf of cold-water conservation. Although Tom will modestly say that he has done nothing more than what was asked of, or expected of, others who have held leadership positions in the Anglers of the Au Sable, those who know him and his accomplishments would hasten to disagree.

Tom’s love for trout, fly-fishing and conservation began after graduating from law school. Little did he know at the time that his passion, and profession, would become so inextricably linked. Tom’s interest in trout and those sensitive environs upon which they depend, led him to form a life-long bond with the Au Sable River system. For those who are familiar with the legacy of the late Rusty Gates, the founder of “Anglers,” it will come as no surprise that Tom’s connection to this place and professional talents were not lost on Rusty.

Although Rusty Gates is best known as a conservationist, like all successful leaders he also knew what he didn’t know and he did an incredible job of surrounding himself with those who possessed those skills. In the case of Tom Baird, he was a 5-star recruit.

While Tom was not afraid of legal options when it came to protecting the Au Sable from environmental challenges and threats to sustainable fishery management, he is also known as a skilled negotiator whose best work may have been accomplished outside of the courtroom.

The most recent example of such achievements were his contributions to the four-year dispute which led to the 2018 settlement involving the Harrietta Hills Trout Farms whose operational discharge represented an unnecessary threat to the Au Sable River system. According to the terms of the settlement agreement, commercial operations of the fish farm would be suspended in 2018 while preserving the tourism component represented by the former Grayling Fish Hatchery. As a result, the operators of the commercial hatchery were compensated for the interests which they held, and what began as a bad idea and was later advanced by a bad permit, will now be gone forever. This settlement and the operational role now being assumed by Anglers of the Au Sable will also allow for plans to proceed to remove the blockage represented by the former hatchery and achieve fish passage between the upper East Branch and the mainstream of the Au Sable River.

In addition to his decades of work on behalf of the Au Sable and those environmentally sensitive lands which surround it, Tom has served on a variety of other boards and foundations whose missions advance similar causes and issues. Tom’s career as a practicing attorney included labor relations consulting and civil rights law. He shares his love of the outdoors with his wife Ellen who, when not on the banks of the Au Sable, live in Dimondale. 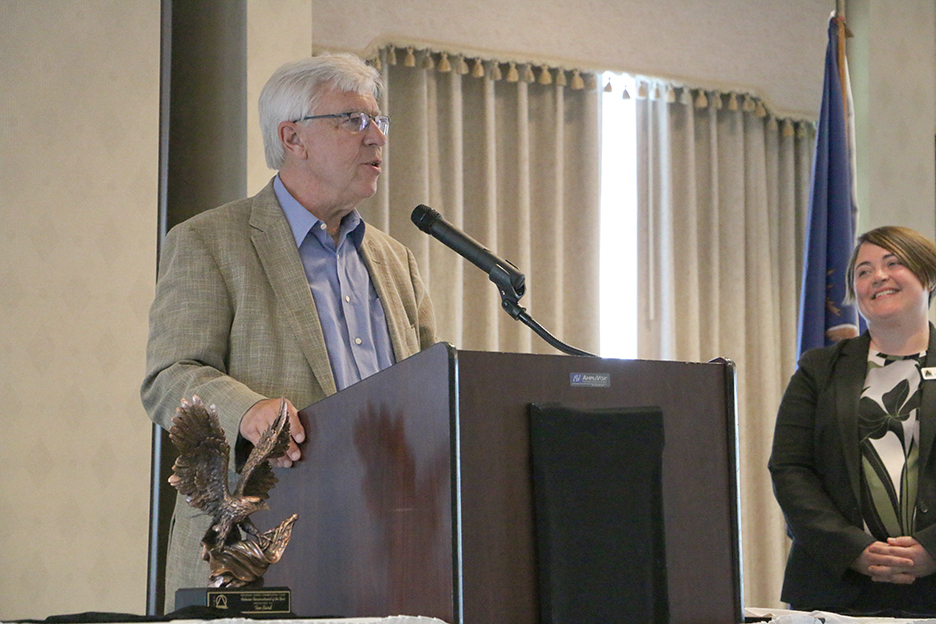