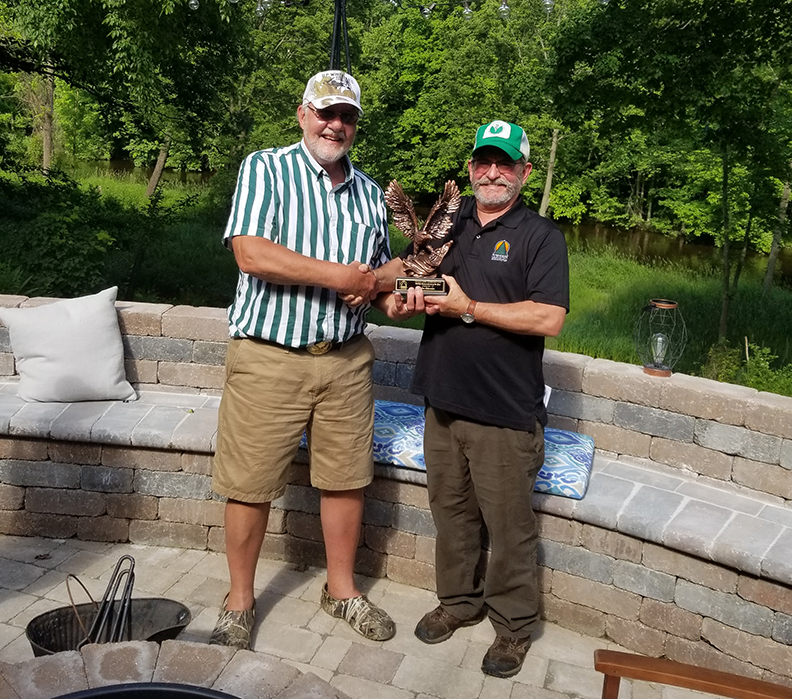 Dr. Jim Sikarskie has been the MSU College of Veterinary Medicine zoo and wildlife veterinarian for 44 years. He graduated with his DVM in 1975 and joined the faculty as an instructor. Jim grew up on a dairy farm in Michigan’s Upper Peninsula with seven brothers. Influenced by the first Earth Day in 1970, he has dedicated his career to teaching, research and service to benefit wildlife and the environment. Dr. Sikarskie has taught the concept of wildlife population management to more than 4,000 MSU veterinary students and had almost 1,000 students in his clerkship rotation “Zoo and Wildlife Medicine and Management,” where they received hands-on training and experience with wildlife rehabilitation and zoo medicine. Dr. Sikarskie has also enjoyed being the Lansing Potter Park Zoo Veterinarian for almost 30 years while doing wildlife research and teaching within the MSU CVM.

Dr. Sikarskie has had a very active career outside of academe. He has served as a leader in the Zoo and Wildlife Veterinarians Association and the Wildlife Disease Association. Sikarskie has been the recipient of many research grants, conducting research with the Michigan DNR and USFWS concerning deer, bison and eagles. He also has served on committees of the American Veterinary Medical Association concerning animal welfare, wildlife policy and environmental issues. One of the grants he received was for research on the use of bald eagles as bio-sentinels of environmental quality where he sampled blood from eagle chicks in the nest for DDT and PCB and feathers for mercury in conjunction with the DNR, DEQ and USFWS, and he did it for more than 40 years. Dr. Sikarskie was also part of the “Moose Lift,” where he went along to help with TB testing and transferring moose from Algonquin Park to da U.P.

In 1989, he received a Special Conservation Award from MUCC for founding and developing the Wildlife Encounters Program (1988 through 2008) with MUCC. This program has reached over 2 million kids and utilized birds of prey that were not returnable to the wild. To support the joint MUCC/CVM program’s need for flight cages and related facilities, Jim judged the Michigan Wildlife Artist of the Year competition for many years and received prints from MUCC to include in his Funds for Freedom wildlife art auction.

But, Dr. Sikarskie’s most significant contribution to conservation has been his teaching of veterinary students — lecturing to more than 5000 veterinary students on the importance of hunting, fishing and trapping as a population management tools while providing recreation and revenue through the Pittman- Robertson Federal Aid in Wildlife Act. He has stressed how important wildlife and the environment are to Michigan’s economy and how involved Michigan has been in promoting the importance of the Pittman-Robertson and Dingell-Johnson acts.

Lastly, but most essentially, Jim is an avid hunter and angler who enjoys the preparation of game and fish as well as their pursuit. He even taught wild game cooking through MUCC. It is no wonder he has earned the moniker “Jimmy Buffet.” His appetite for all things wild is renowned.