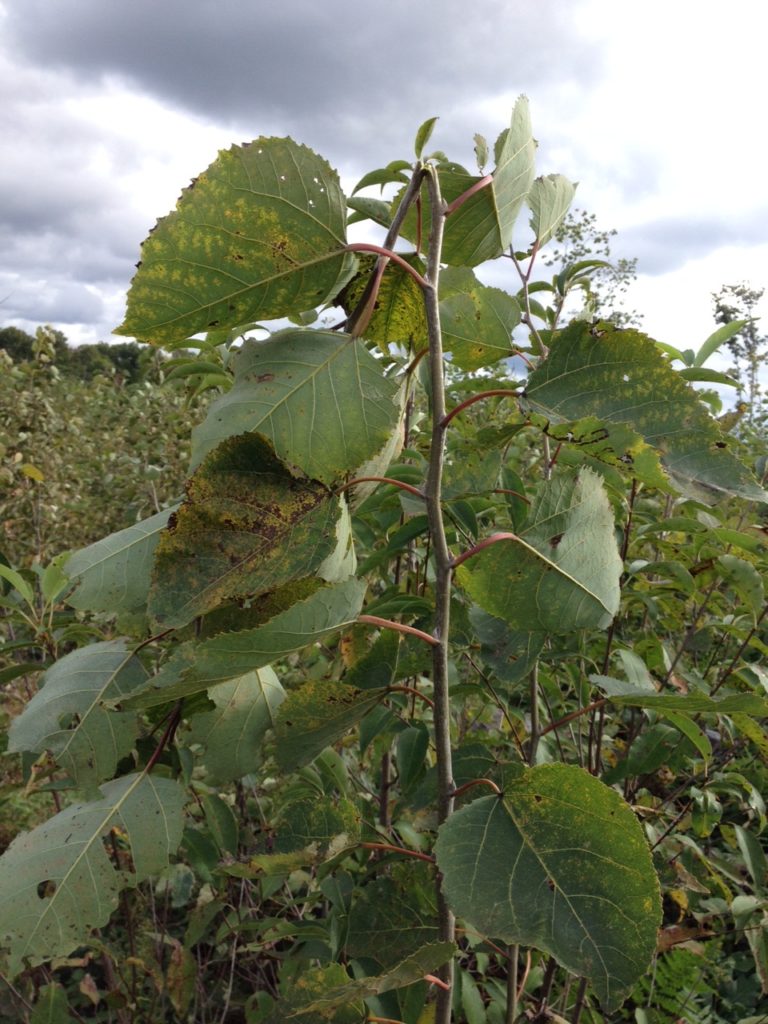 This week, 74 volunteers helped wrap up MUCC’s Wildlife Habitat Program’s 2016 season by completing the final habitat projects to make a total of 20 habitat projects completed this year. On Saturday, a group of 24 volunteers partnered with Michigan Natural Features Inventory (MNFI) Ecologist, Jesse Lincoln, to help his work of restoring an oak-pine barren in the Allegan State Game Area. Then, on Tuesday, a group of 50 students from Ravenna High School’s Plant Science classes volunteered to improve aspen regeneration in the Muskegon State Game Area. These groups were extremely productive and although the work may seem small, the impact on conservation of public land wildlife habitat is far greater. 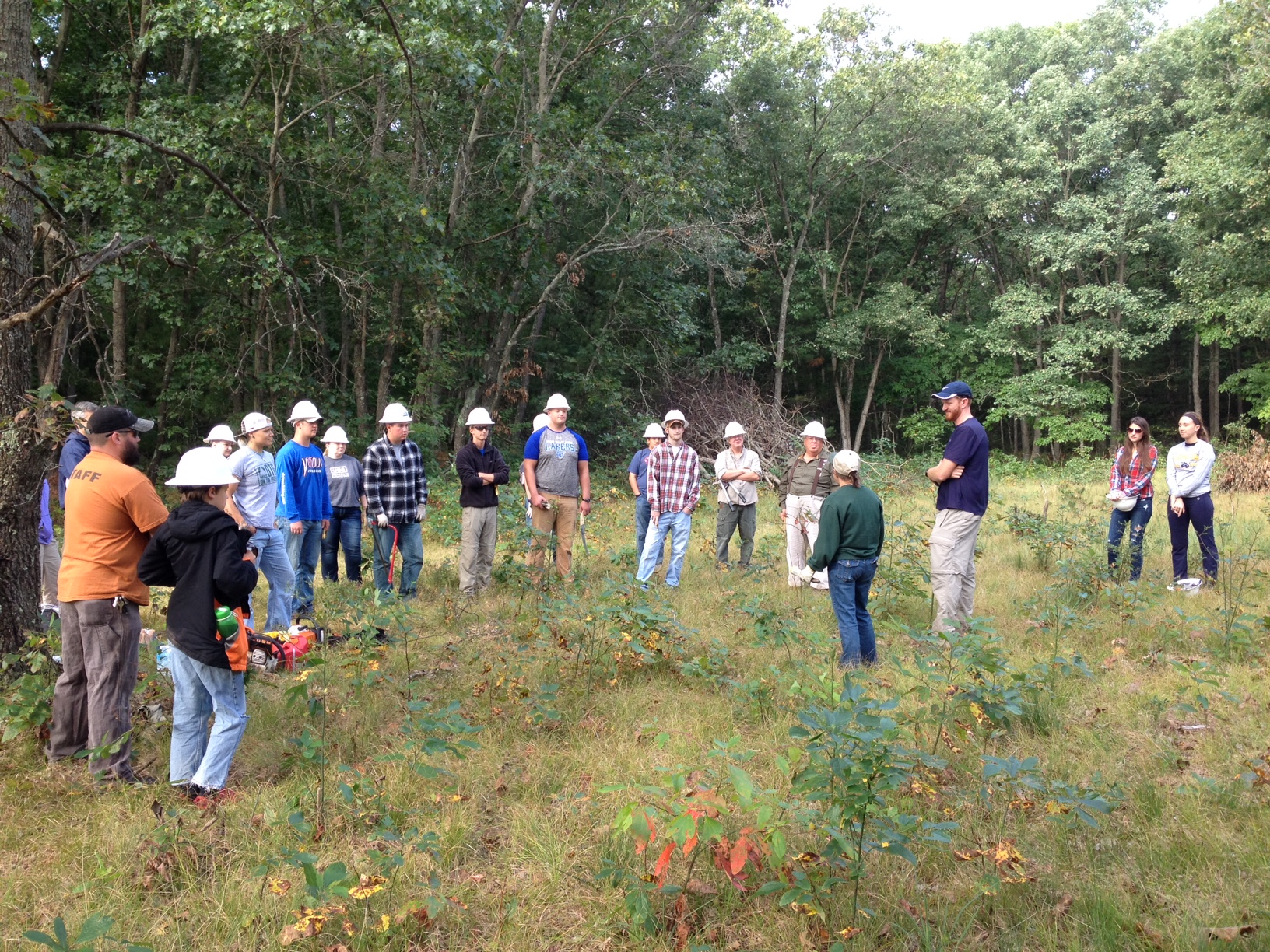 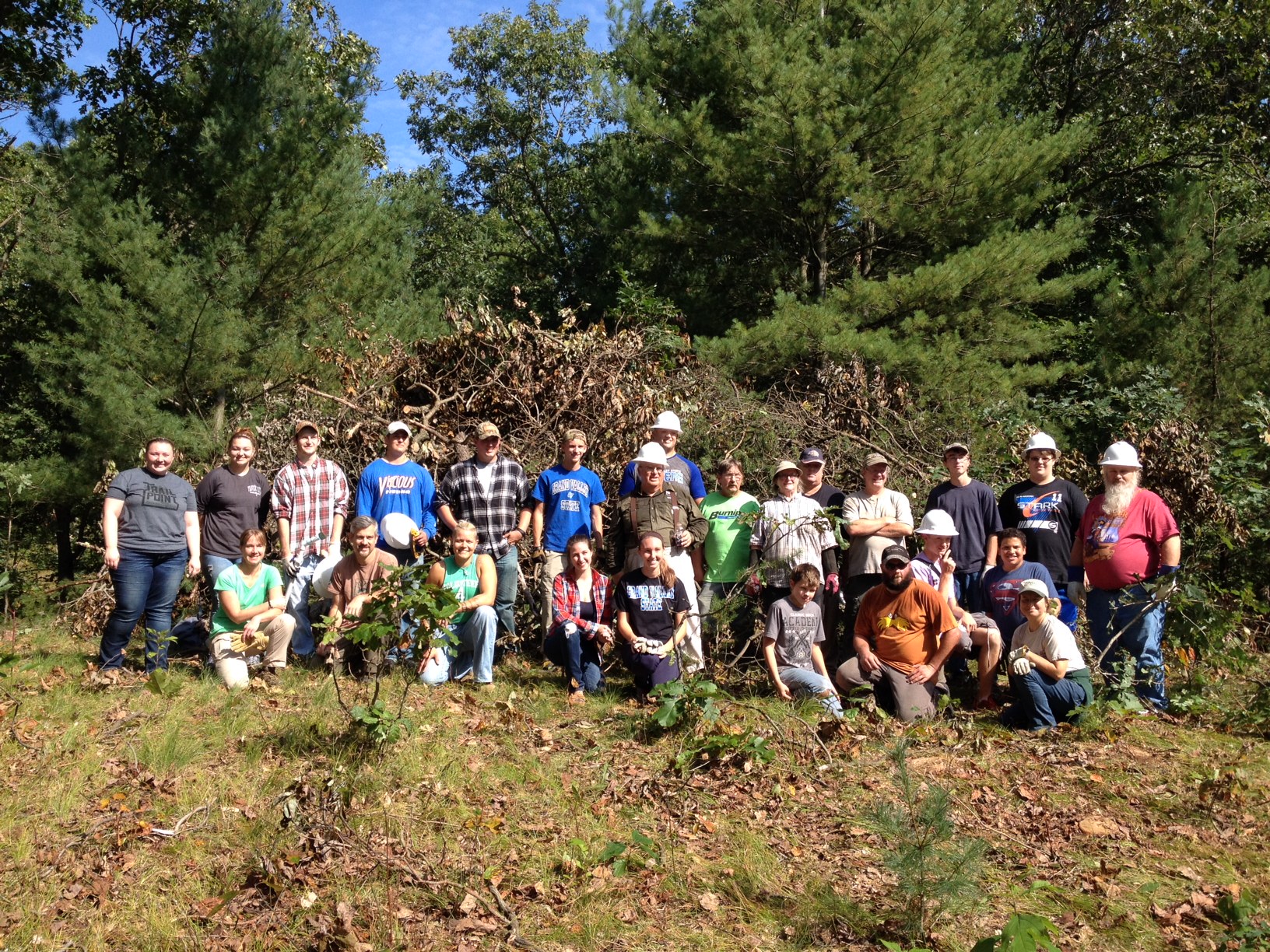 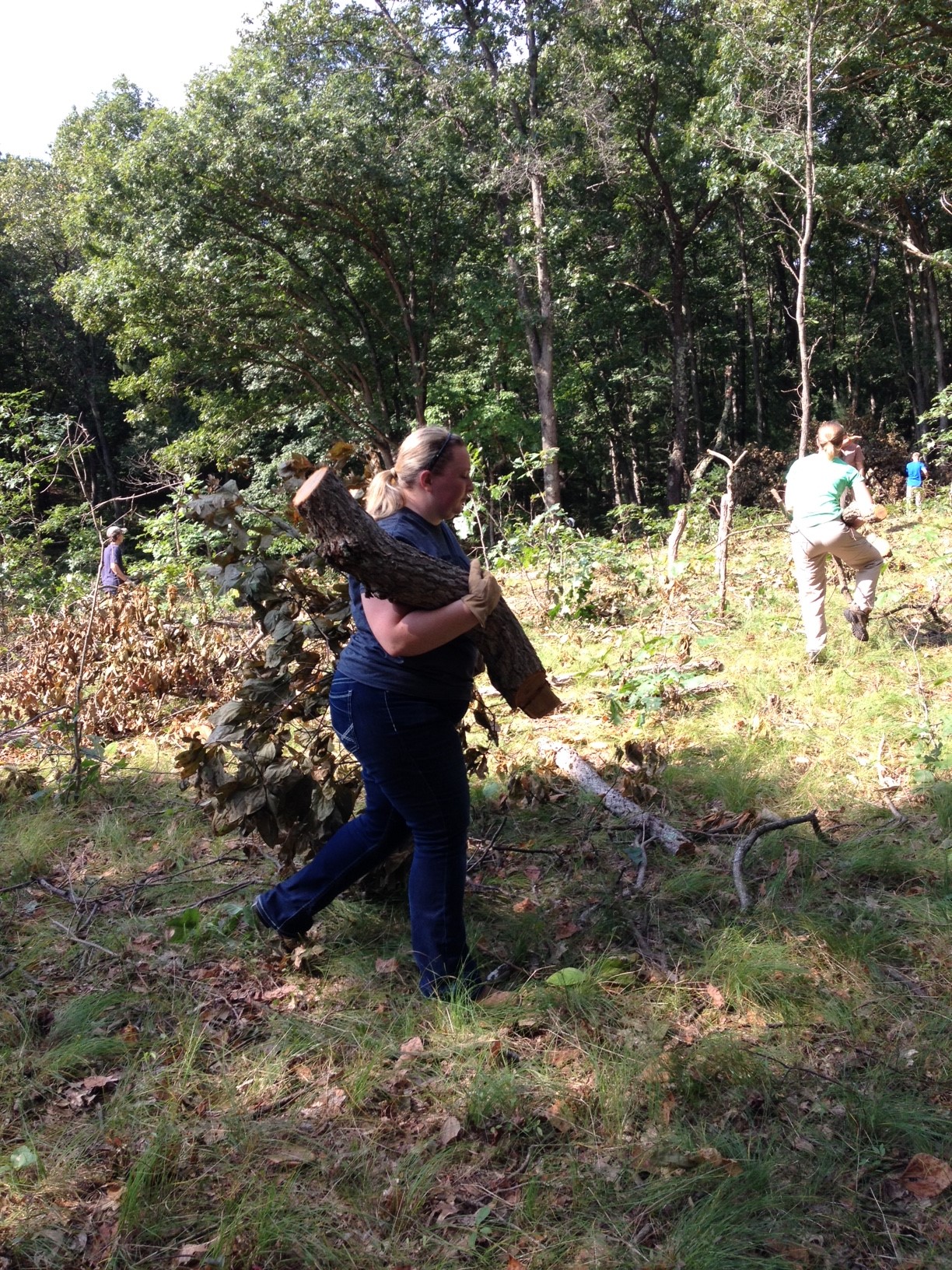 MUCC was fortunate to have the opportunity to partner with Jesse Lincoln, Ecologist with MNFI, for Saturday’s habitat project in the Allegan State Game Area. Jesse conducts vegetation surveys on State Game Areas and specifically for the Allegan SGA, developed a plan with the DNR Wildlife Biologist, Mark Mills and DNR Wildlife Technician, Maria Albright, to identify important and unique habitats that could be improved for game species while also helping critical natural communities. This was exactly the case for the habitat work done over the weekend. Volunteers removed encroaching sassafras trees from the oak-pine barren, treated the stumps with herbicide to prevent re-sprouting,  and stacked the trunks and branches into large brush piles on the edges. This habitat work will not only benefit the areas wildlife including turkey, rabbits, whitetail deer, and birds, but also a nearby colony of the endangered Karner blue butterfly along with promoting regrowth of important native plants and grasses by opening up the area’s canopy. 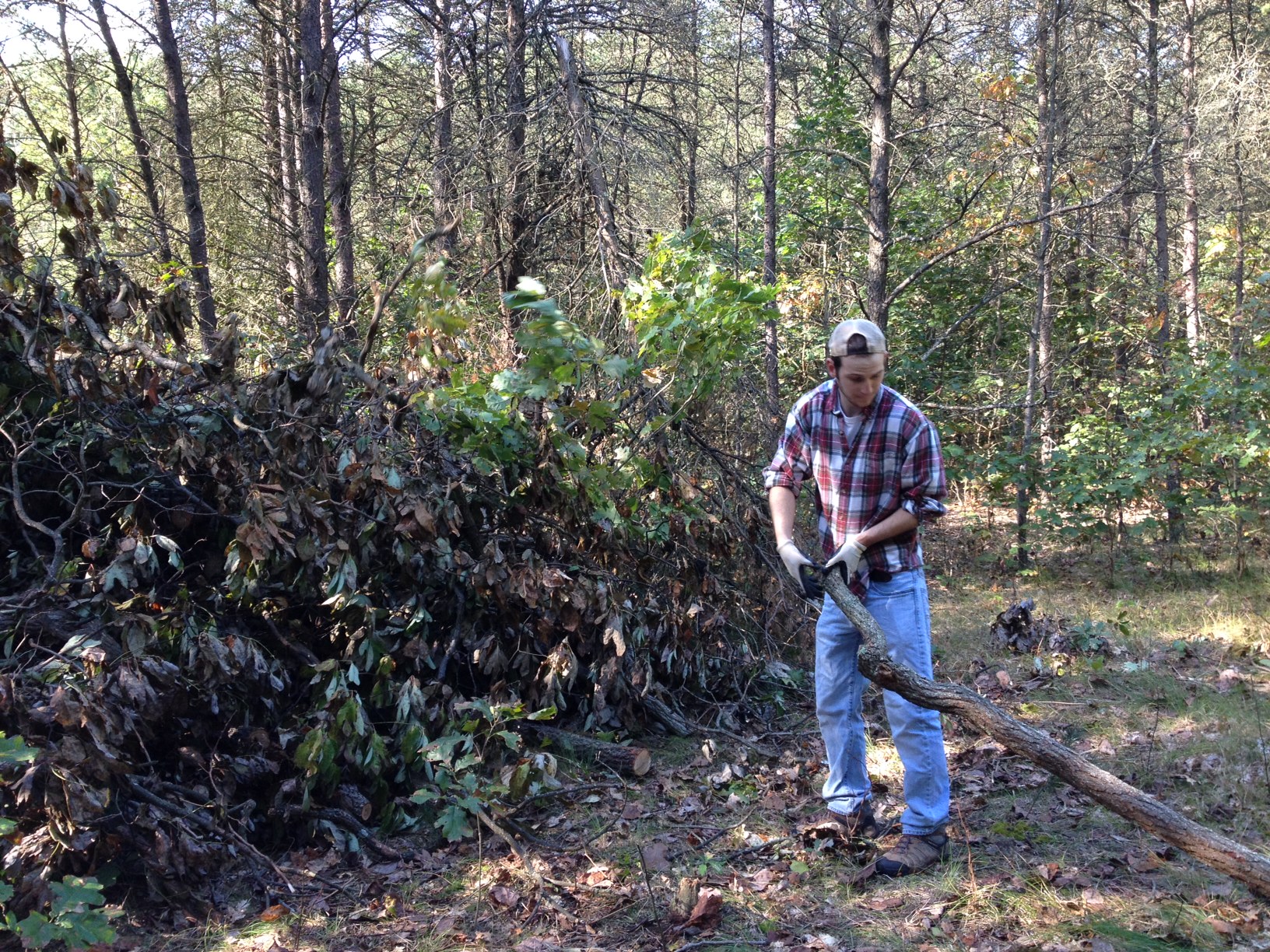 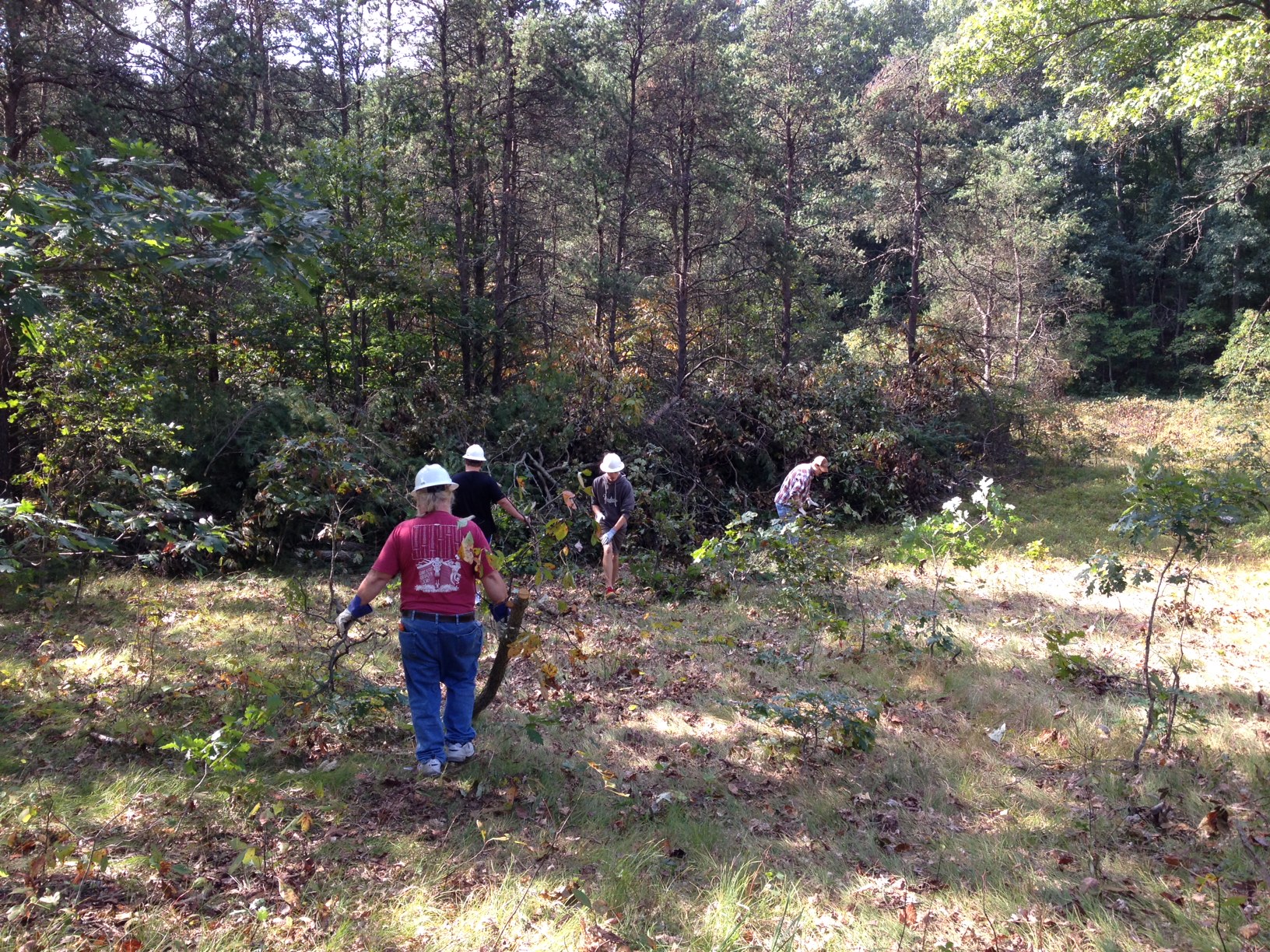 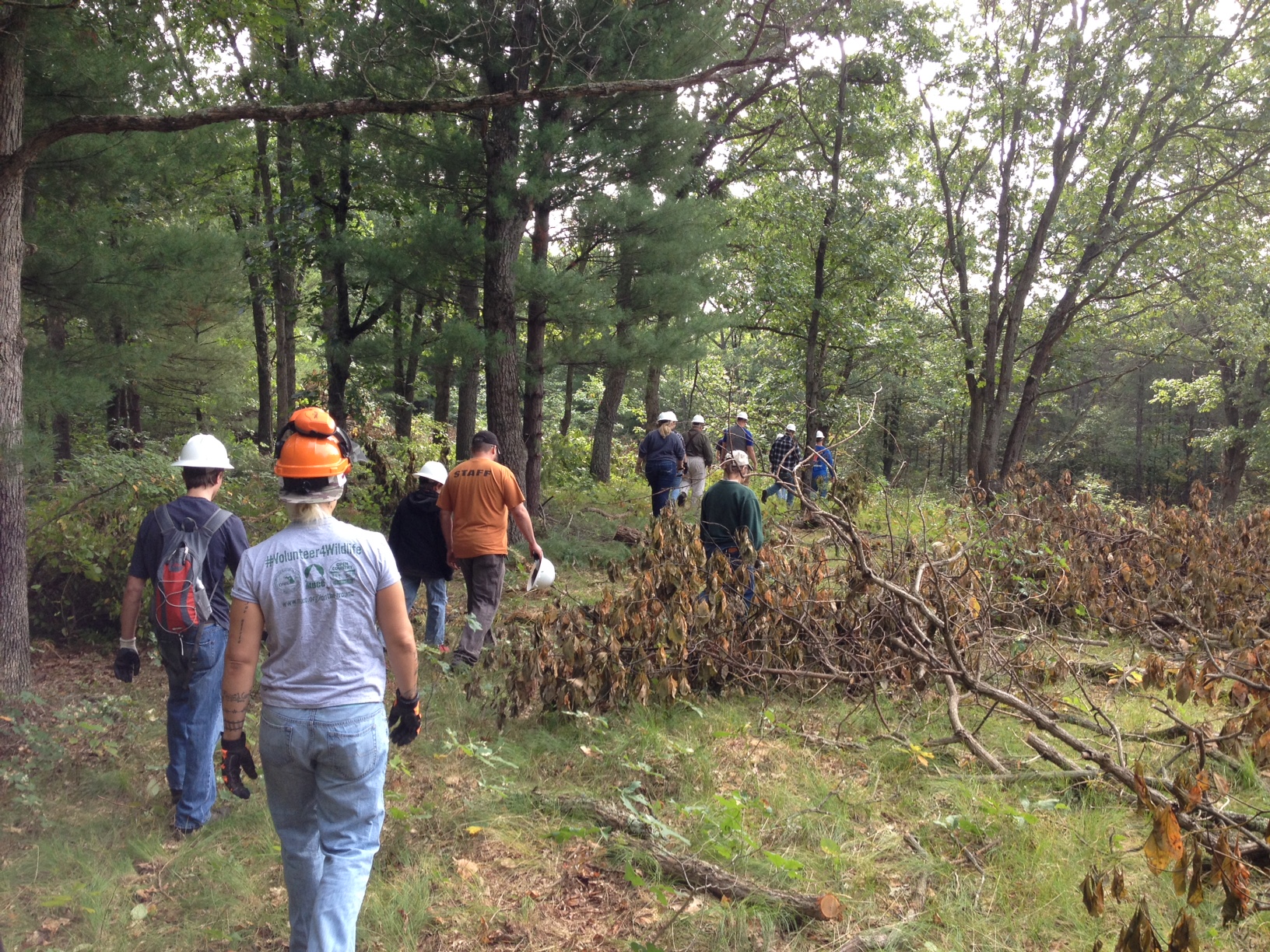 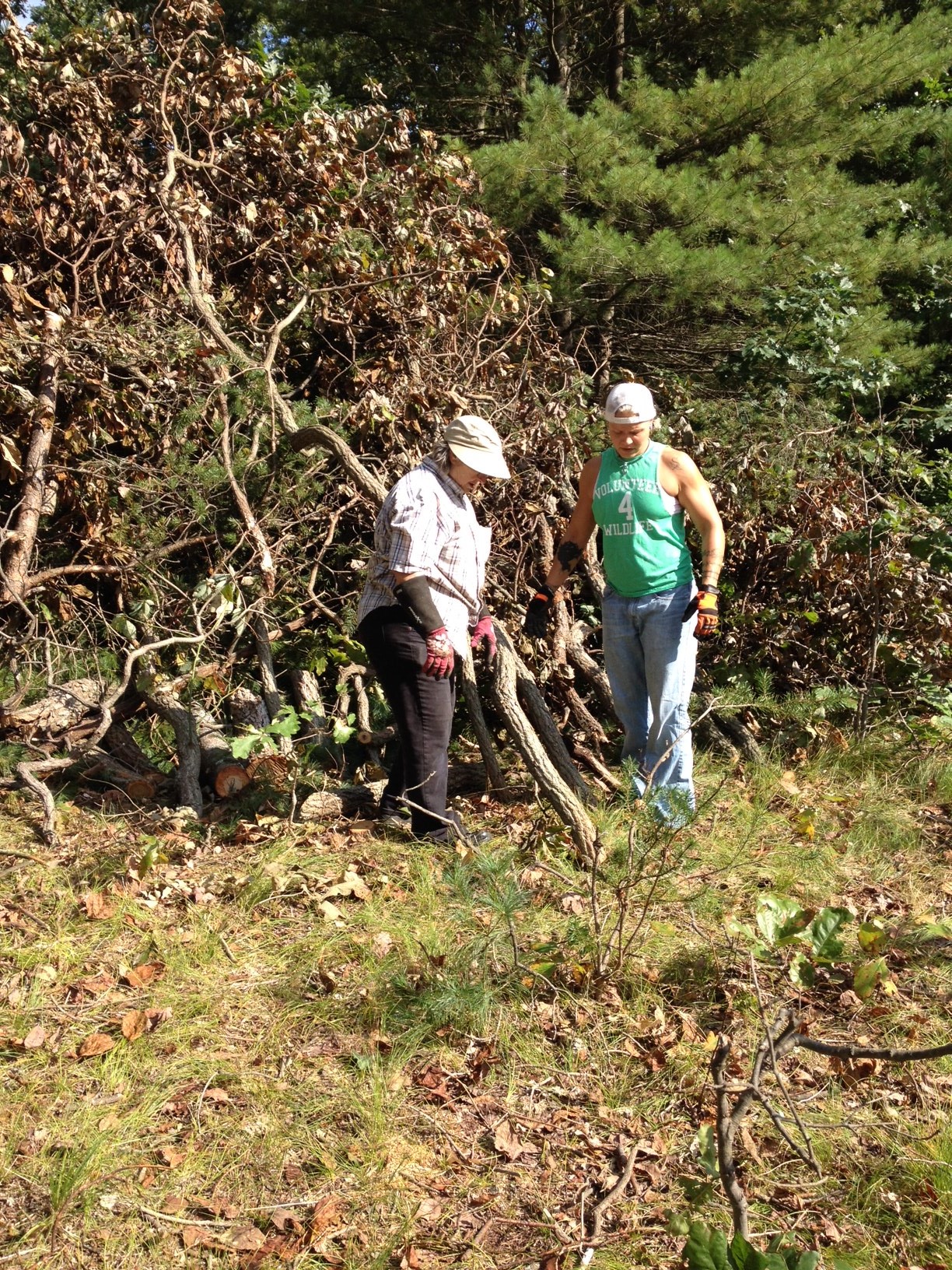 A majority of the volunteer group was from Grand Valley State University’s newly started Wildlife Society, including GVSU Professor Paul Keenlance. Volunteer support also came from local hunters that utilize the Allegan SGA currently or that have many years ago but still want to be involved in its conservation. Larry Dame has volunteered at several projects to build brush piles for rabbit habitat in state Game Area’s in Michigan’s Southwest region. Mick Royale traveled to the area from Muskegon, MI to volunteer at this project. He used to hunt the Allegan SGA but hadn’t been back there since high school. Mick is currently a Range Officer at the Fruitport Conservation club and traded in a Saturday at the range to volunteer for wildlife! Other volunteers included local Boy Scouts and others that care about the Allegan State Game Area. 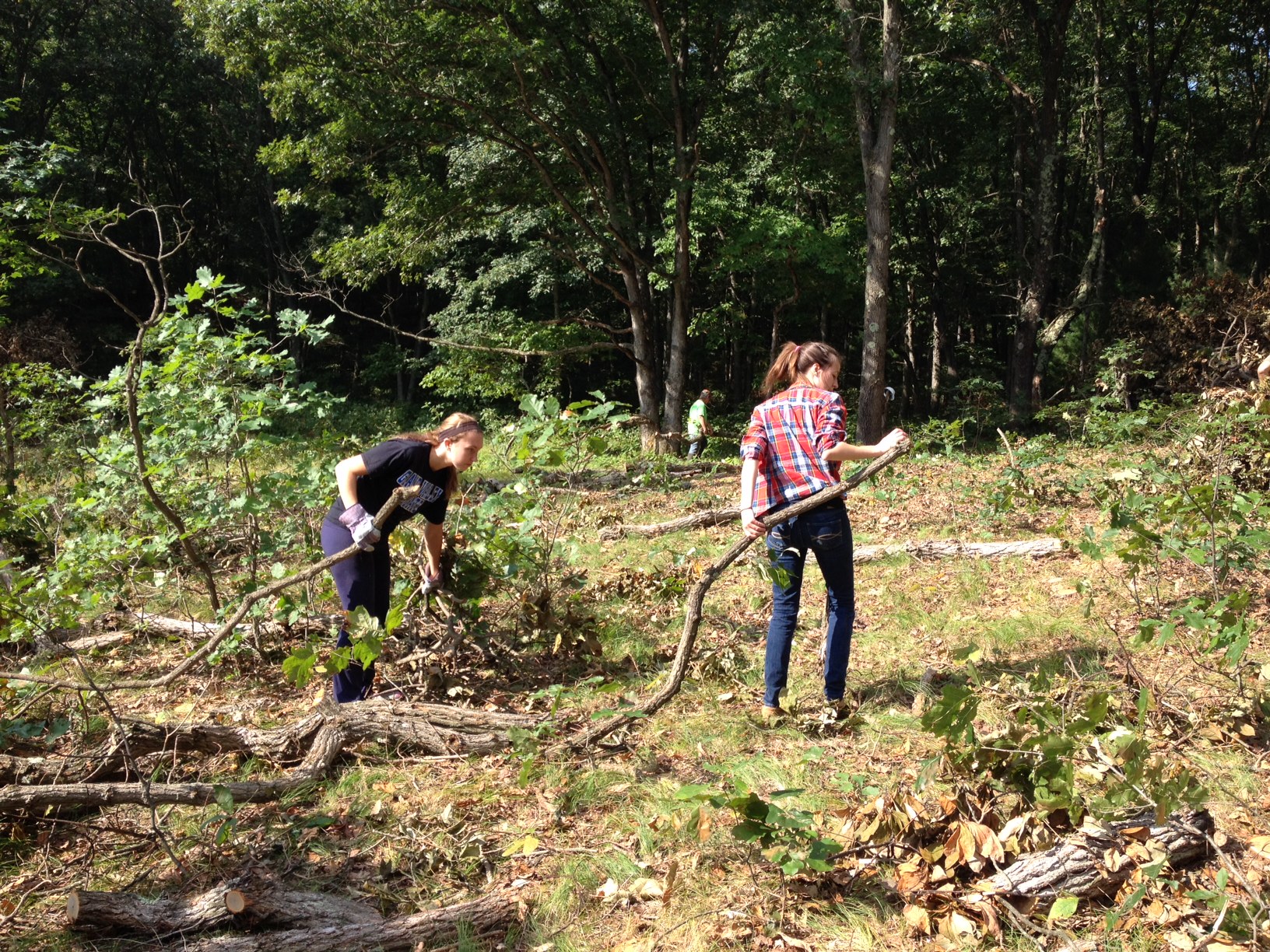 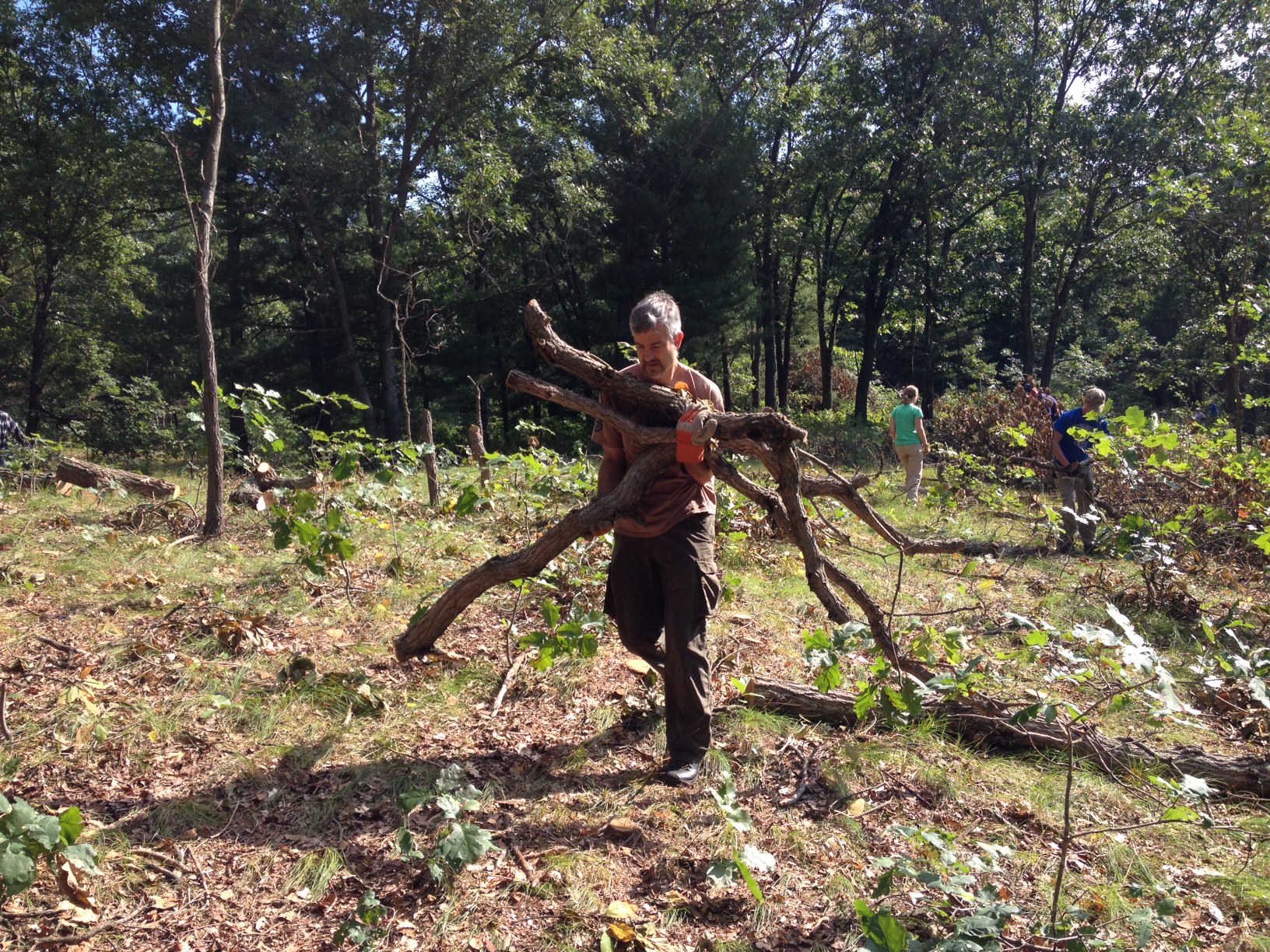 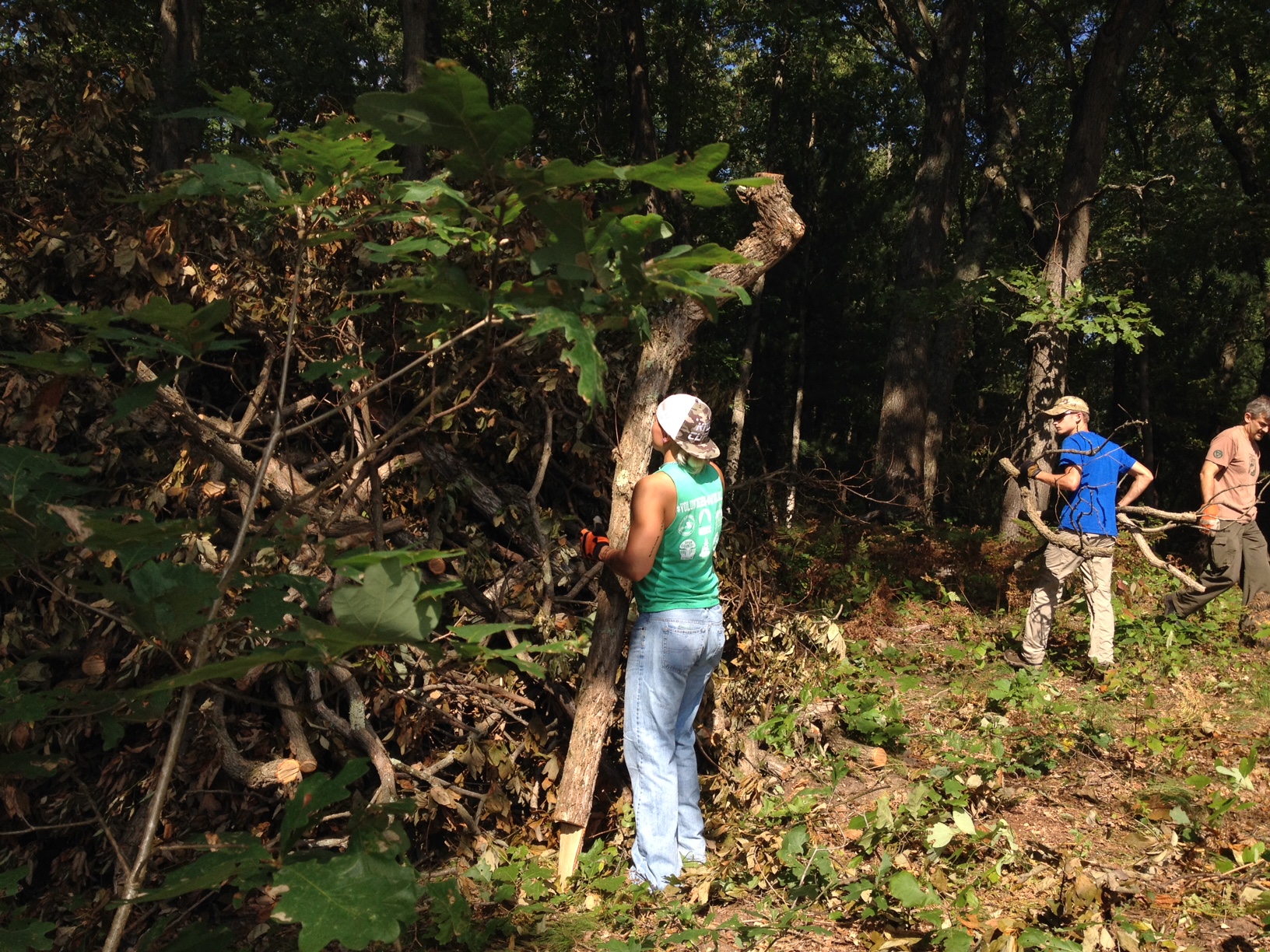 Support from volunteers with a variety of uses of public lands makes these habitat projects possible. While many organizations may have a different approach to wildlife conservation, common project goals can be established to make partnerships like this successful. For Tuesday’s wildlife habitat project in the Muskegon State Game Area, MUCC’s Wildlife Habitat Program partnered with Ravenna High School’s Plant Science classes. A total of 50 students along with the Plant Sciences class teacher, Melanie Block, bus driver Jackie McCullough, local volunteer Bill Krepps, and DNR Wildlife Biologist Nik Kalejs participated in the habitat project. 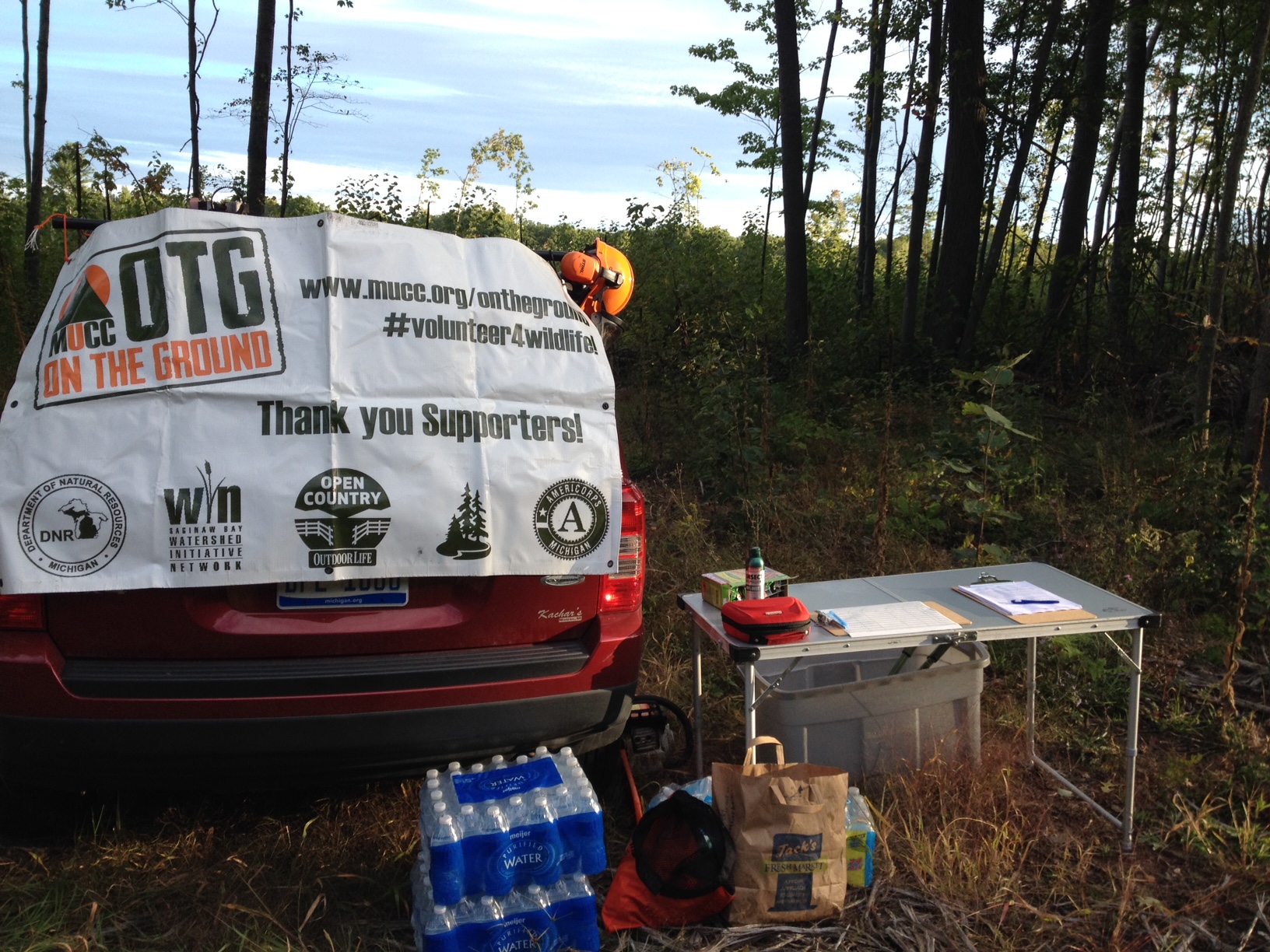 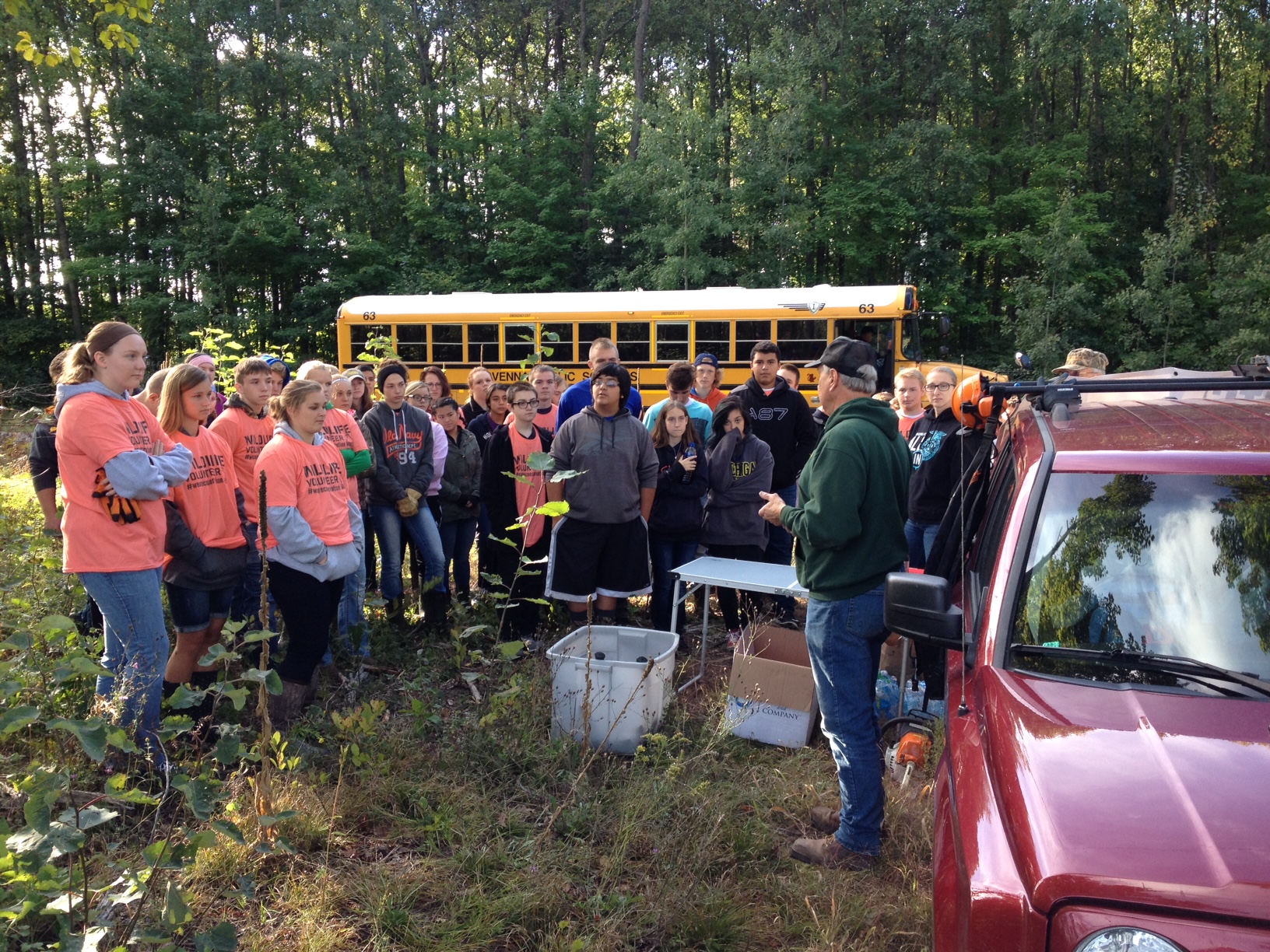 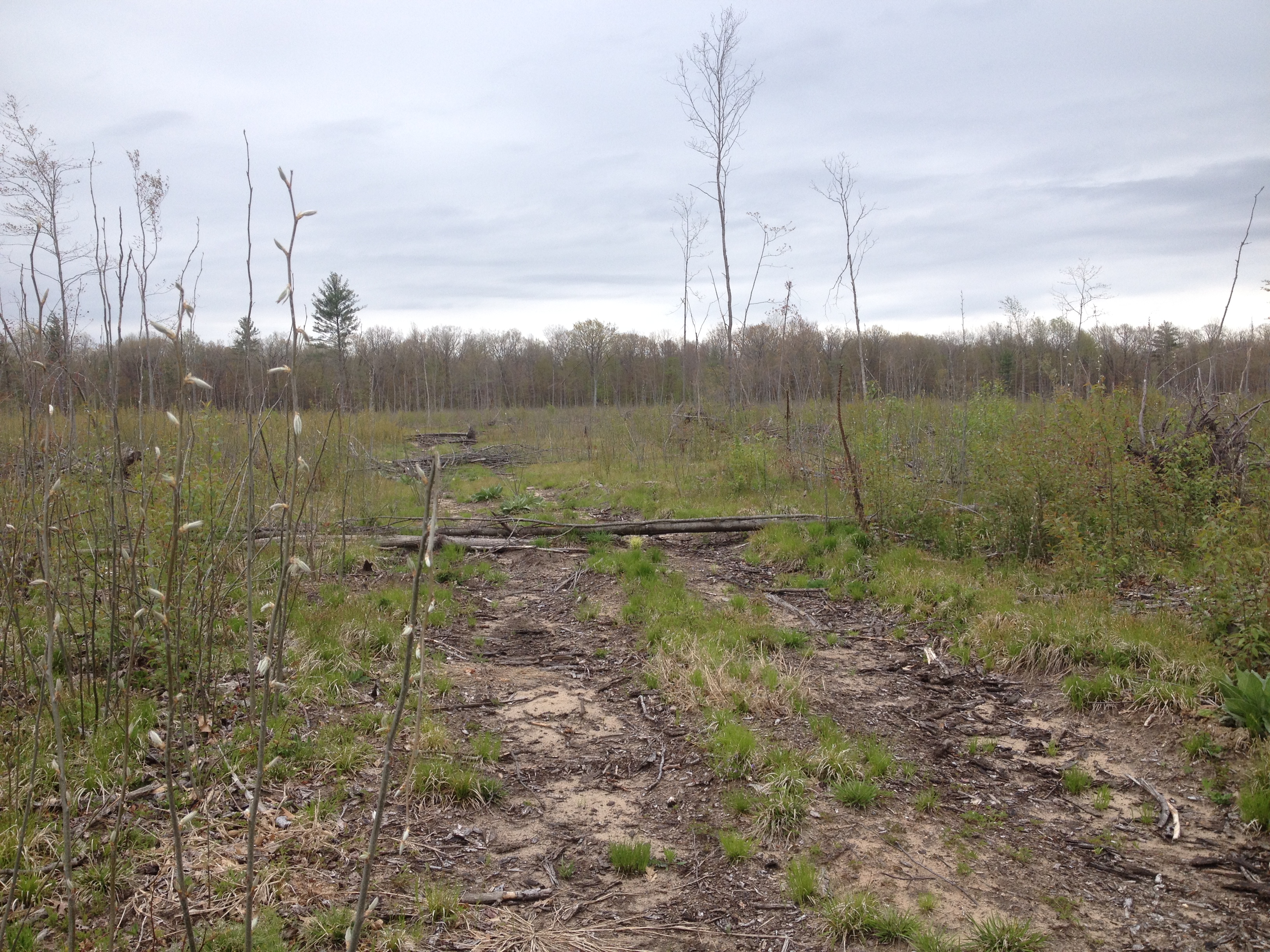 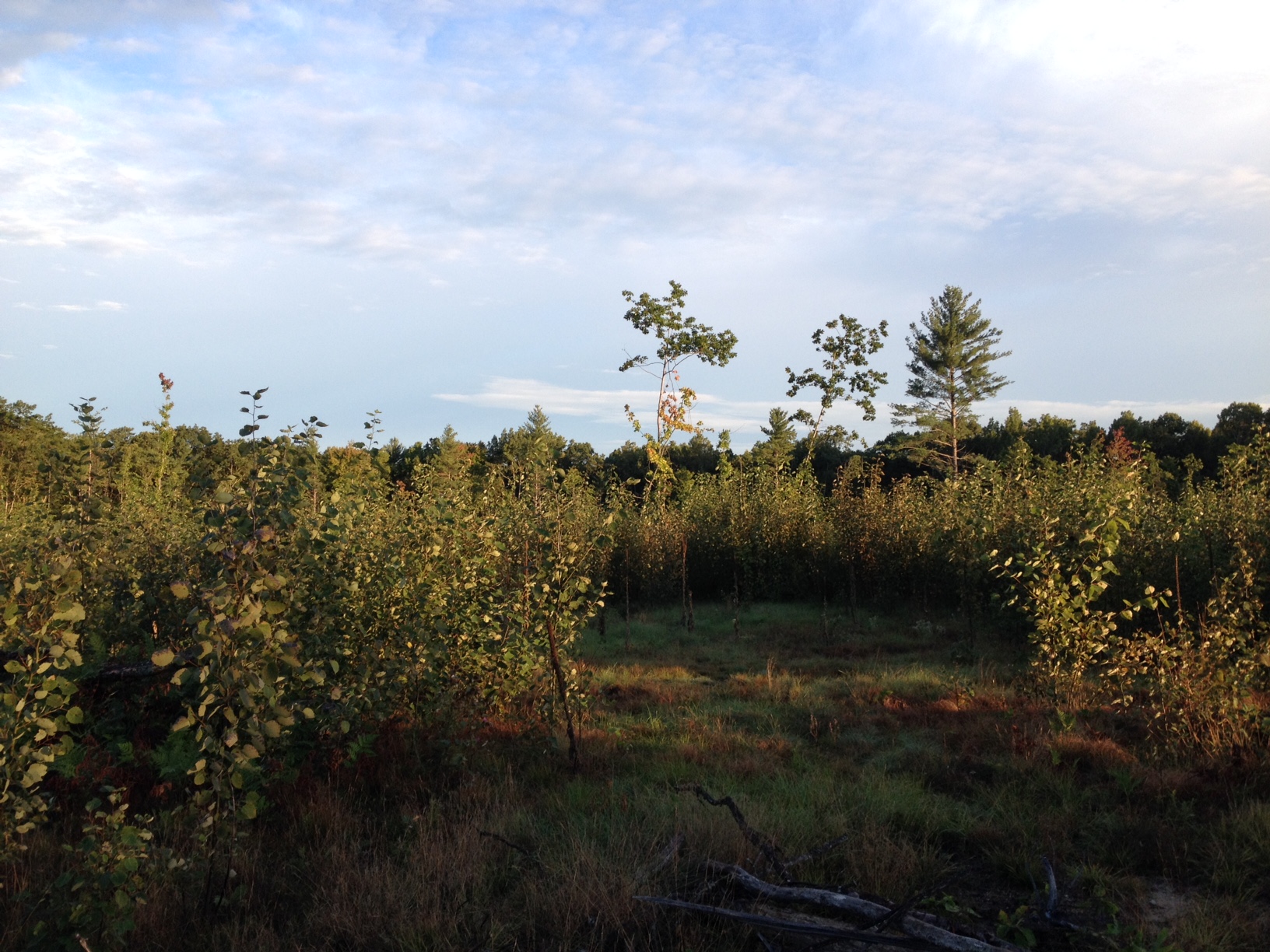 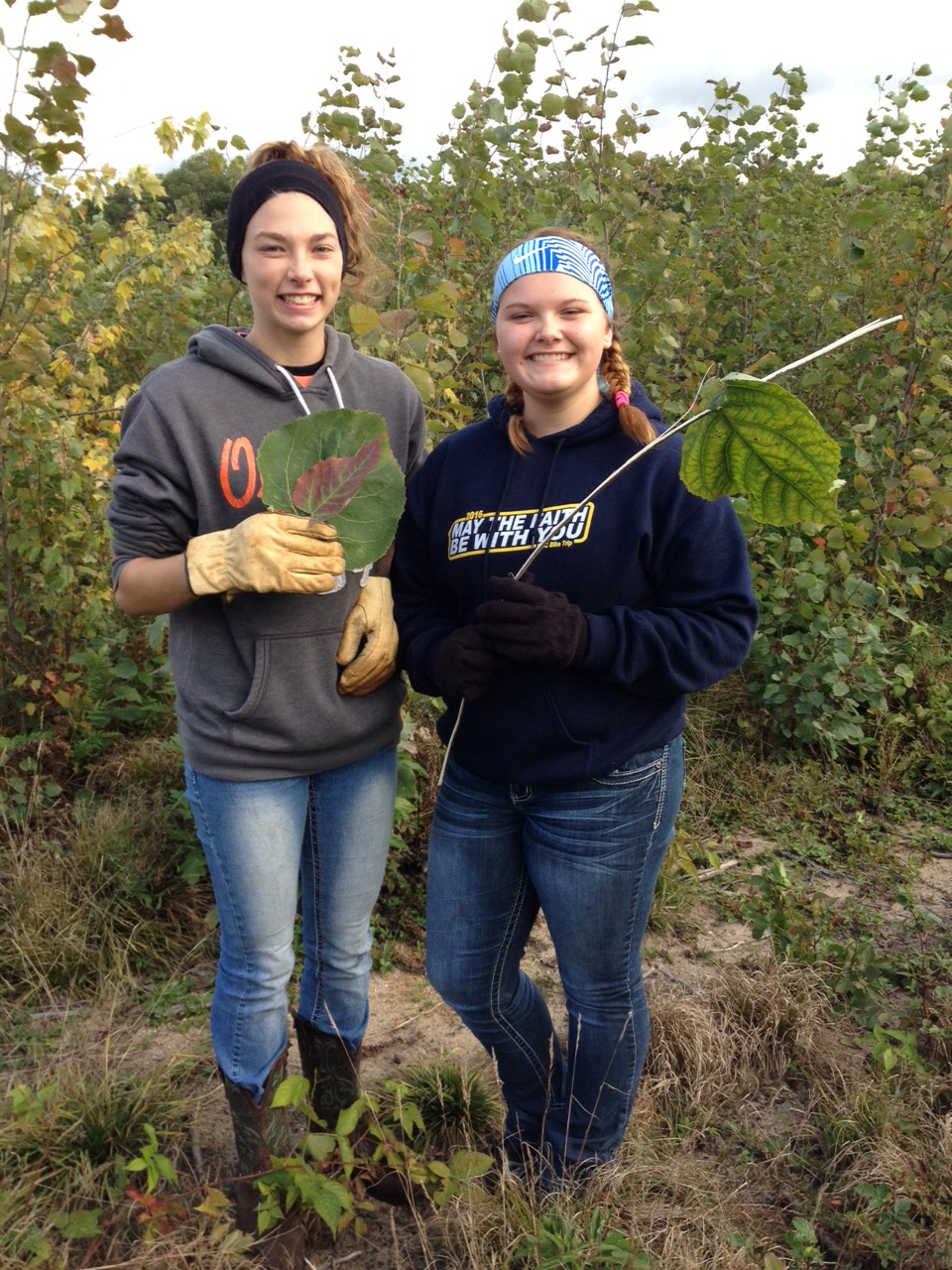 This group included a mix of freshman through senior high school students taking the Plant Science classes. Since they are just about to cover trees in the curriculum, this project was a perfect hands-on experience to delve into the subject. The habitat work involved snapping the tops of the 2nd year growing season aspen trees to promote lateral growth and regeneration in the open areas of a 60 acres stand. The stand was clear-cut last winter and is seeing pretty healthy regeneration already, but needs some assistance in regenerating aspen in the areas left open from the logging roads. This experimental technique should show regrowth in the next season. The students also identified and cut red maple saplings and trees from the stand. While it was a productive and educational project, every single student participated and seemed to have a great time doing it. The students agreed that this project was a much more exciting way to spend the day rather than in the classroom! 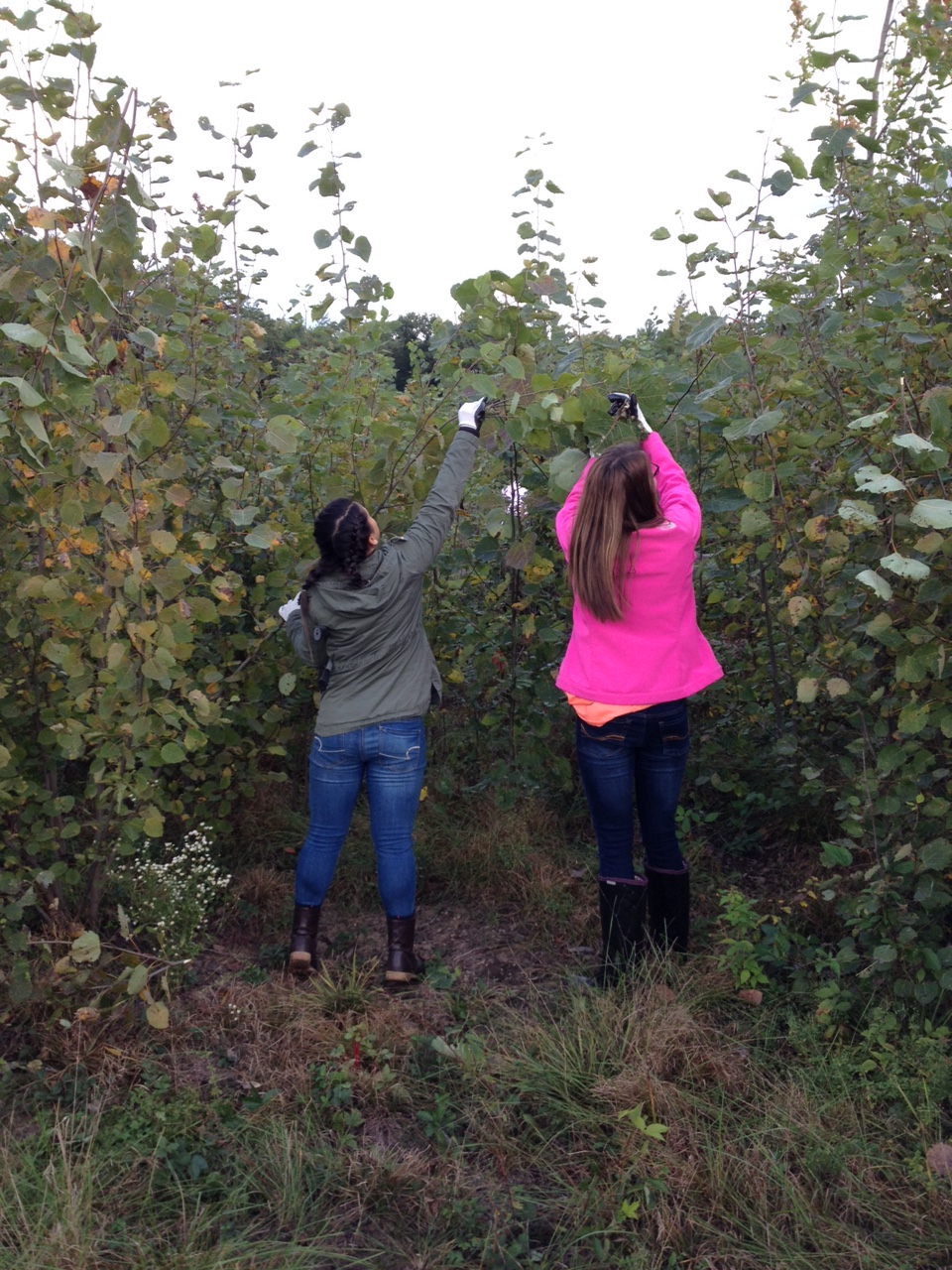 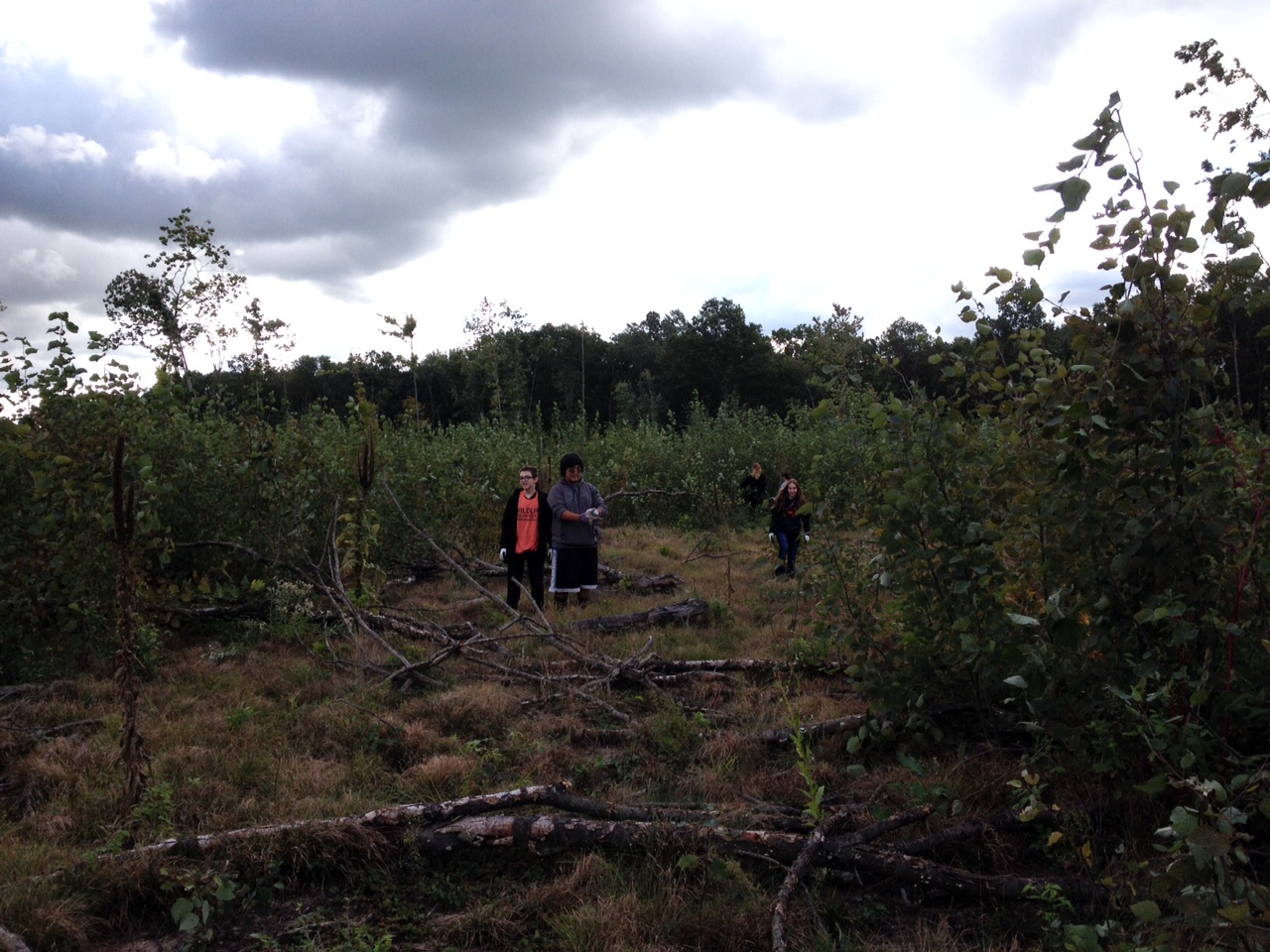 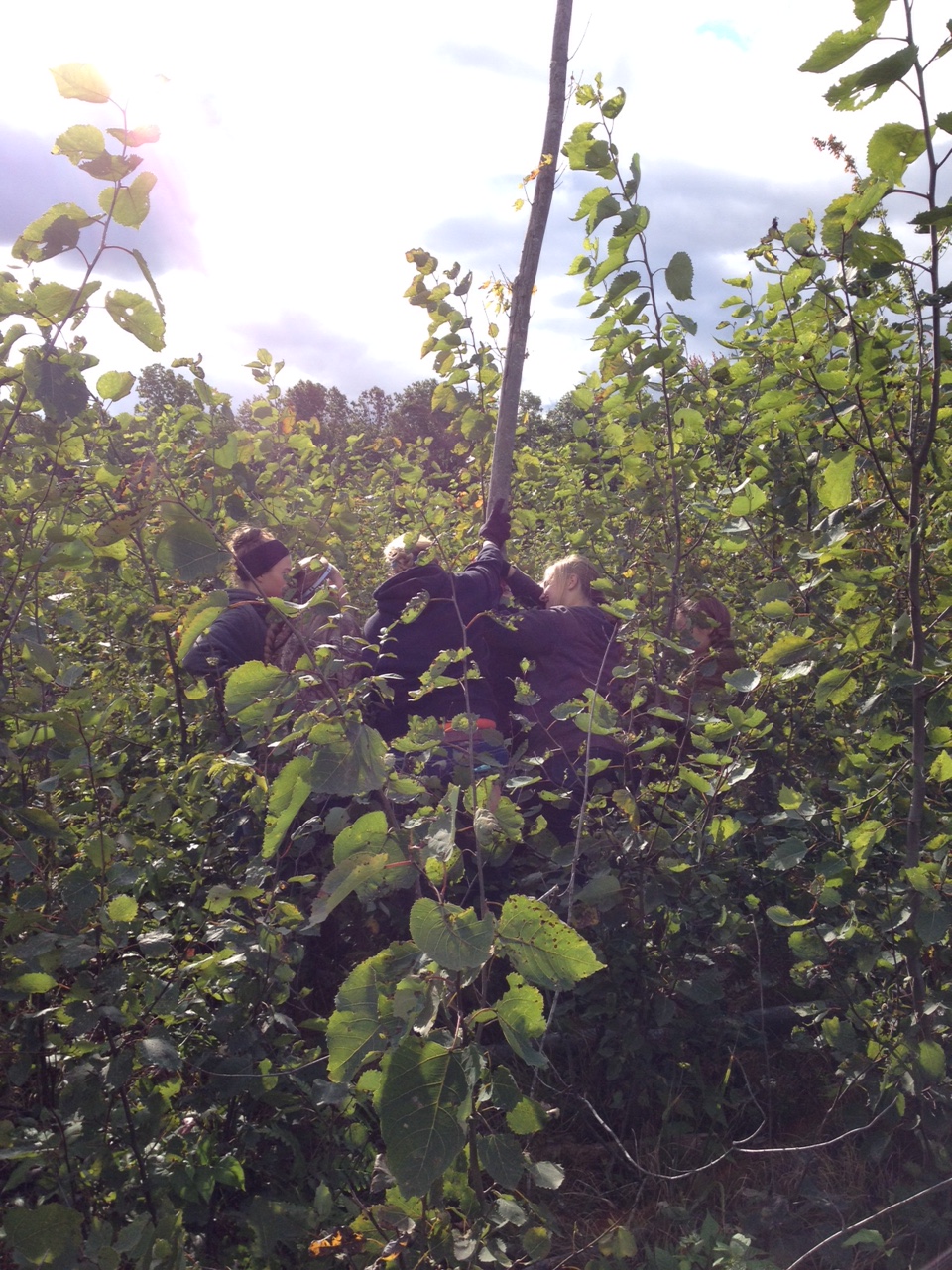 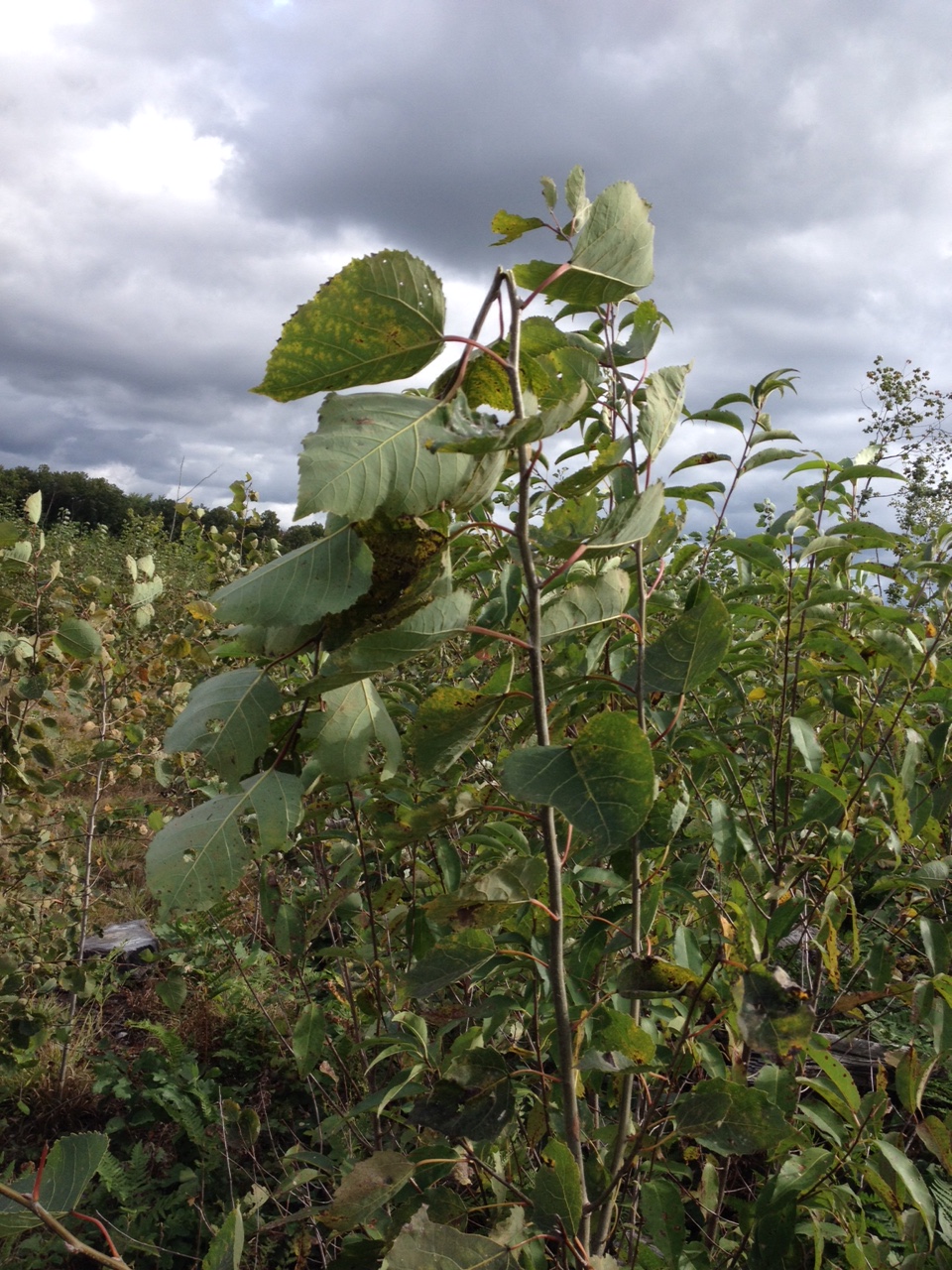 Check out next week’s blog to see a full recap of the 2016 seasons on the ground habitat project accomplishments.