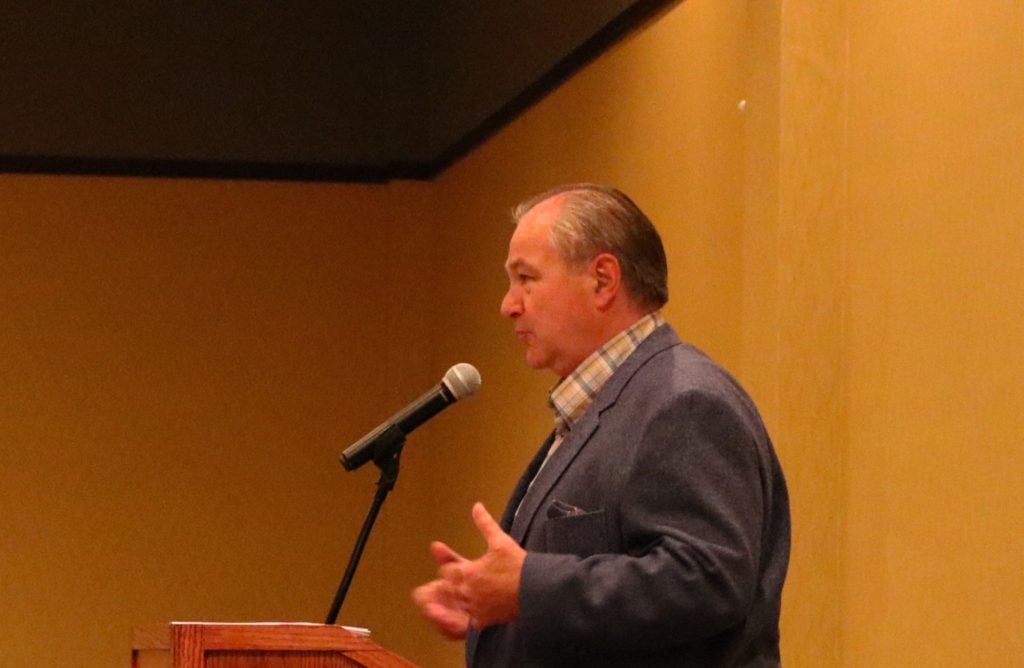 “In the time that I have had the privilege to work alongside Bill I am often struck by the fact that I have never en­countered someone who so enjoys getting the right people together in a room to have a conversation and who draws so much energy from where it leads,” said Daniel Eichinger, executive director of Michigan United Conservation Clubs.

Demmer, a long-time member and supporter of MUCC, recently finished a term as President of the Boone and Crockett Club.  He drove the club to be innovative and relevant, encouraging the reassertion of conservation, ethics in hunting and the caretaking of public lands back into national view. A dedicated philanthropist, Demmer and his family have established the John and Marnie Demmer Center for the Shooting Sports and Education at Michigan State University, home to one of the most distinguished collegiate archery teams in the United States.

Demmer is also the active chair of the Outdoors Michigan political action committee. He has ensured the development of young leaders who are well-suited to assume positions of leadership as natural resources professionals, through the establishment of the Boone and Crockett Endowed Chair at MSU and the Demmer Scholars extern program

MUCC was founded in 1937 and is the largest statewide conservation organization in the nation. Representing over 50,000 hunters, anglers, trappers and conservationists and over 250 affiliated local sportsmen’s clubs, its mission is to unite citizens to conserve, protect and enhance Michigan’s natural resources and outdoor heritage.

Posted in Policy
← In the Field: Summer Cooperative ActivitiesMUCC AND THE METRO WEST STEELHEADERS CLEAN UP THE CLINTON RIVER →