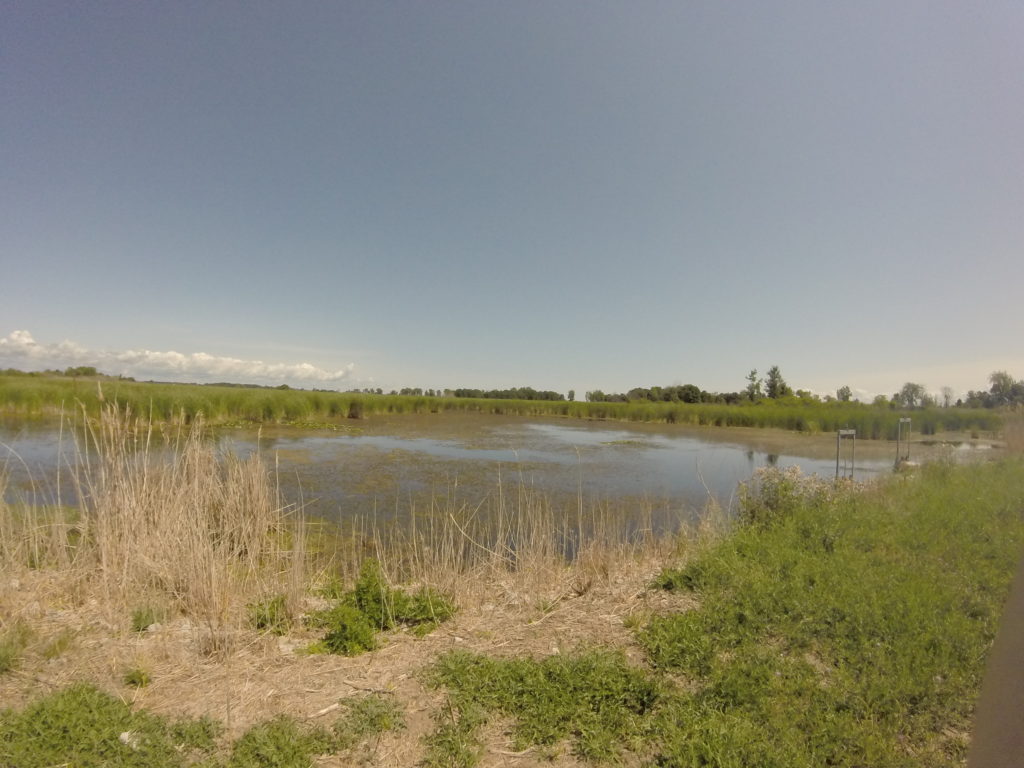 Michigan is proudly known for its extensive outdoor recreational opportunities and tourist destinations spanning across both the Lower and Upper Peninsulas.  Each year visitor spending brings in over $17 billion dollars, which supports over 150,000 jobs in the state alone.  With visitors traveling in from all parts of the world, the pathways for invasive species continues to grow and threaten Michigan’s natural resources.  Invasive species impact the use and beauty of Michigan’s trails, parks, and shorelines, along with affecting the native fisheries and wildlife, agricultural and forestry industries, and much, much more. 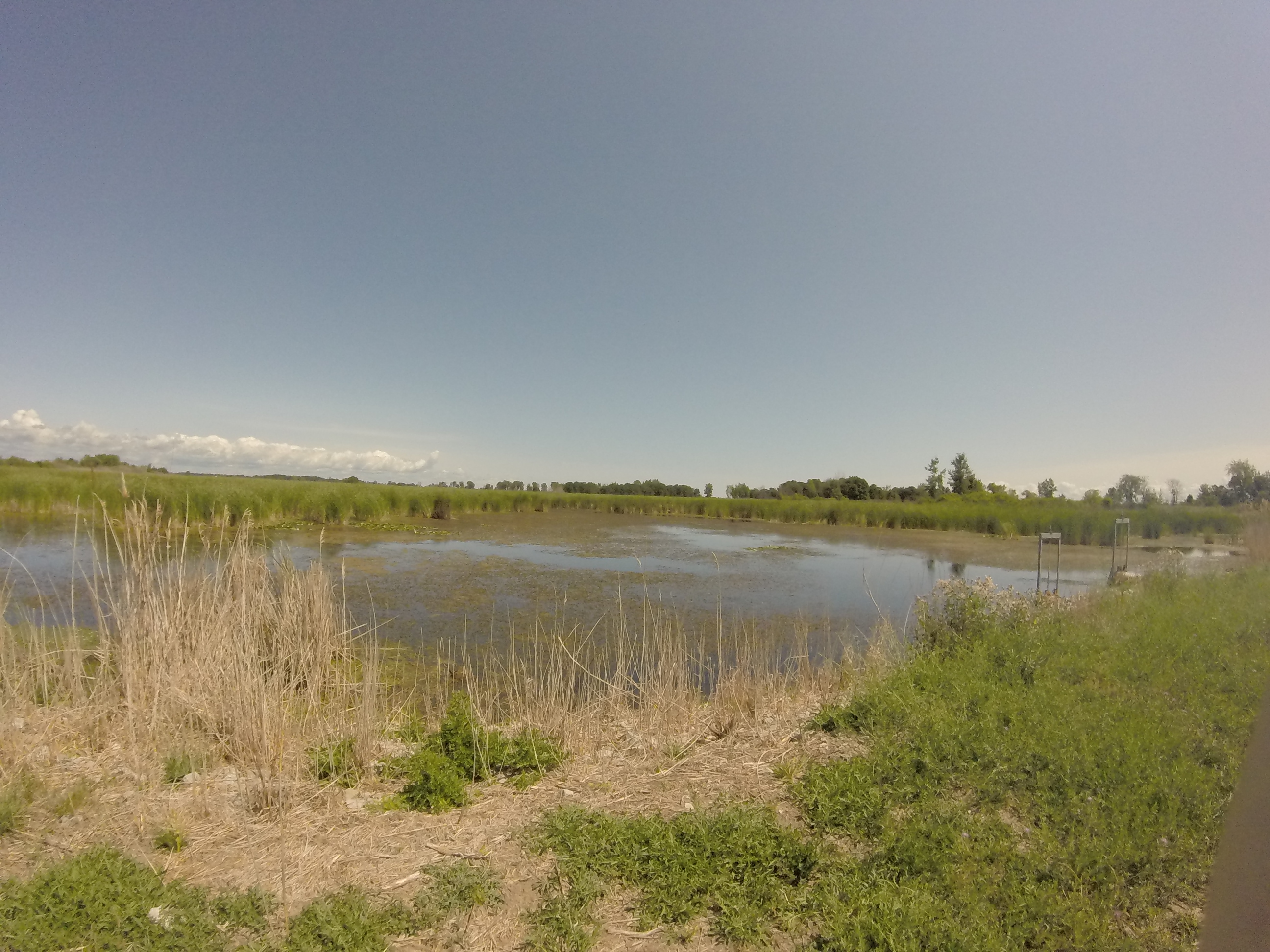 With almost 3.9 million acres of state forests and another 750,000 acres of other state-managed lands, Michigan has the largest state-owned forest recreation system east of the Mississippi, which includes over 150 state campgrounds, more than 100 state game and wildlife areas open to hunting, thousands of miles of trails for hiking and wildlife observation, and 7,500 miles of river for fishing, canoeing, and kayaking, not to mention our hundreds of miles of Great Lake shorelines. Each acre of this land contributes to the spending

Michigan’s forest products industry boosts the state’s economy by roughly $17.8 billion annually, which supports nearly 87,000 jobs statewide.  Invasive forest pests kill native trees and have significant impacts on the value of timber resources, urban properties, and on the forest itself.  Each year the state is spending an estimated $15.9 million on treatment projects dealing with the emerald ash borer alone.

The agricultural industry, such as farm commodities, contribute another $13 billion annually to the states economy.  Michigan has the second highest crop diversity yield in the United States.  As of now the state has identified 19 invasive agricultural pests that threaten crop yields, and that number is estimated to continue climbing.  Invasive species are having a strong impact on the farming communities, yield production has decreased and there has been an increase in pesticide use, which can have significant impacts on nutrient runoff into the waterways, affecting fish and aquatic habitats.

Michigan’s landscapes provide invaluable economic, cultural, ecological, and recreational resources that are continuously being threatened by the growing invasive species problem.  Economically we’re seeing impacts that range from decreased value in timber and loss in production,  decreased tourism and opportunity for wildlife observation.  We’ve seen a decrease in urban forests, which accounts for losses in thermal cooling, increased rainwater runoff, and loss of green infrastructure.  Along with impacts on hunting opportunities and loss or impaired trail use, and decreased aesthetic value for both nature observation and quality and value of real estate including residential housing.

Right now the States management plan and best strategy for dealing with terrestrial invasive species is prevention.  By focusing on prevention methods, it allows for intervention before resources are damaged.  Which saves on detection and costly treatment plans to eradicate or control an invasive.  The most effective management method in prevention combines both identifying species that pose threats to the natural resources and determining the pathways through which these species are introduced, so that way those pathways can be blocked.  By focusing on pathways we can reduce the risk of exposing new threats to our States natural resources.

As these pathways are continuously being explored, we can help stop the spread of invasive species by remembering a few simple rules.  Clean your gear.  Whether you’ve been hiking in the U.P. all weekend or have been out enjoying one of the many waterways that Michigan has to offer it’s important to remember to clean your gear after every use.  It doesn’t matter if it’s a fishing pole, hiking boots and gear, or even your kayak.  By cleaning your gear you’re preventing the spread of potential invasive’s from one area to another.  It’s also important to remember to not move items from one region to another.  Don’t move firewood or uncertified hay from area to area, and try keeping gardens from obtaining ornamental species.  Humans are the number one cause for long distance spread of invasive species.  By keeping your garden planted with native species you’re not only protecting our resources but you’re also providing a fruitful habitat for surrounding wildlife.

By being informed and aware of the pathways of spread, we can all help protect Michigan’s vast array of habitats and the we can help keep the water ways and Great Lakes clean and clear of invasive’s.  In return visitors from all over the world can continue to explore Michigan’s great outdoor heritage, and keep the Michigan economy rolling.