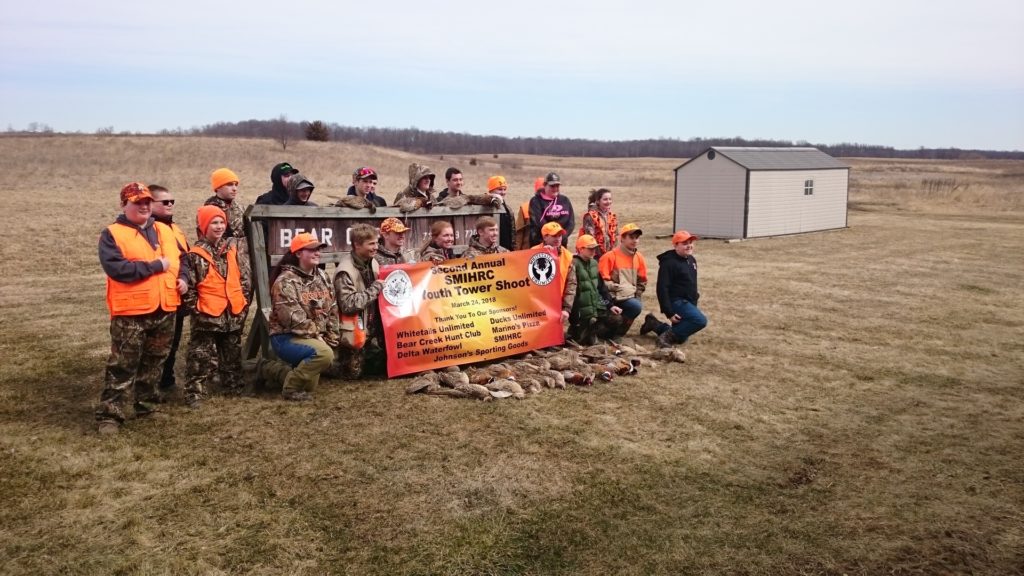 One of the ways we are going to be able to reach new hunters is through partnership.  Last weekend I had the opportunity to take part in an event that was a great example of how working together can make a big difference. On March 24th, I helped to serve as a hunter safety instructor for a youth pheasant hunt.  My involvement came about when I got a call from Dane Cramer.  Dane is a fulltime employee for Ducks Unlimited.  He is also a member of the Southern Michigan Hunting Retriever Club who was sponsoring their second annual youth hunt.  The hunt was funded by a generous donation from Whitetails Unlimited and also had some backing from a local chapter of Delta Waterfowl. So if you are following that a duck guy, who belongs to a retriever club, had an event funded by a deer group so that kids could hunt pheasants.  How awesome is that! Talk about cooperation.

The best part of the event besides all of these groups coming together was the kids had an awesome time!

The day started around 8:00 AM with welcomes and introductions from the club.  There was also plenty of donuts and hot chocolate as the morning was a bit cool and windy. The 23 shooters were split into two groups.  Each group would spend some time warming up their shooting skills, by breaking a few clay pigeons.  After a 4 clay warm-up for each participant, they were matched up with a mentor instructor. 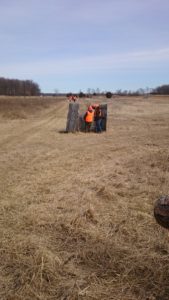 For some of the kids, their mentor was their parent or grandparent.  But for other kids, they were paired up with a member of the club who they would spend the rest of the morning in the blind with to ensure everyone was safe during the hunt.

After an important safety talk about responsible firearm use, the kids were off to the blinds to hunt pheasants.  The hunt was a European tower hunt.  This means birds are released from a tower and the participants have spread out in a circle about 100 yards away from the tower in blinds.  There was one hunter per blind with their mentor.  After 4-6 birds were released a horn blew and the hunters rotated to another blind to have a different look/chance to be where the pheasants were flying.

The hunt lasted just over an hour for each group of hunters.  They had the opportunity to shoot from 12 different positions and overall the kids shot really well. The good shooting of the youth also helped out the retriever club members.  Members of the club all brought their retrieving dogs, so they could get some offseason work marking and retrieving birds.  At the end of the morning, there were several happy tired dogs from all of the birds they got to bring back. 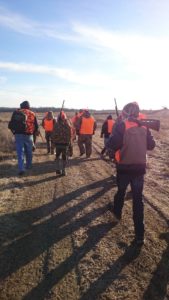 After the hunt wrapped up, the kids were treated to a duck calling lesson and each received their own duck call in a goodie bag sponsored by the retriever club and Delta Waterfowl. After the duck calling seminar, the kids had the opportunity to learn how to clean their own birds.

The day wrapped up with pizza and cookies for everyone and a short talk about how important hunting is for conservation, and how lucky this group of kids is to have the opportunity to be hunters. Instilling in them the value of them helping to conserve the wildlife in this state for decades to come.

It was a great event with lots of support from different groups.  This kind of event highlights what is best about the outdoor community.  There isn’t much better than happy kids, and happy dogs after a successful hunt.