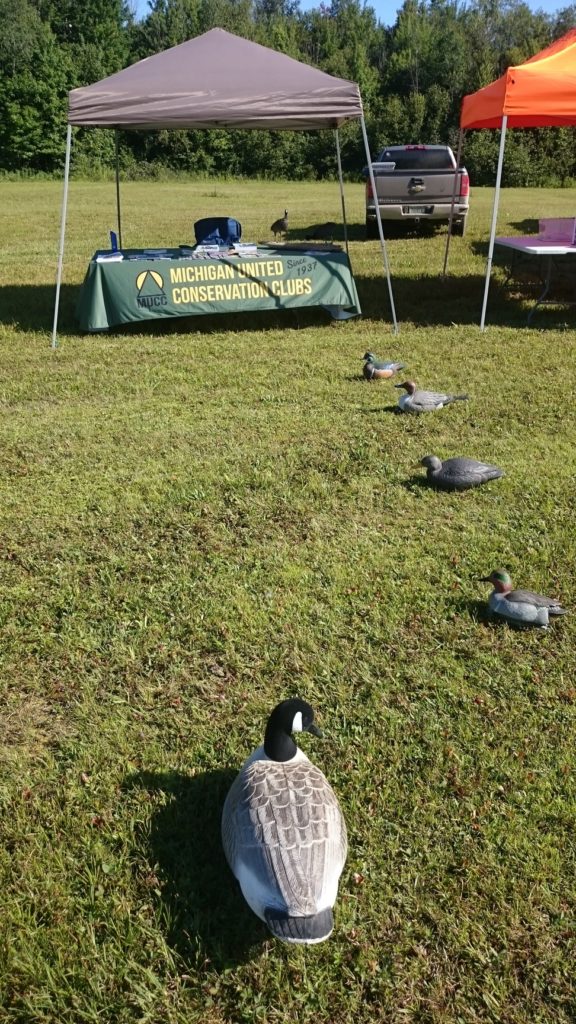 With Earth Day, happening last week you can imagine the Education Department was out at an outreach event. Last week we spent a busy day down at Constitution Hall, across from the Capitol Building in Lansing.  Each year to honor Earth Day, Michigan’s quality of life divisions (DNR, DEQ and MDARD) hold a massive field trip program.  Schools from all over Michigan come to their headquarters to celebrate all things good in conservation and the environment.

This year MUCC was one of 40 exhibitors.  More than 2,500 students and roughly 1,000 adults participated in this event. Tyler and I noticed school groups from as nearby as the Lansing area, and the farthest away we saw was a school from Traverse City. There were several school groups from Grand Rapids.  There was also quite the mix of public schools, parochial schools and charter school students who visited our booth.

As we so often enjoy doing, our outreach booth consisted of waterfowl that live in Michigan. We were able to talk too many of the students about the ducks they are seeing on their ponds and in their backyards.  As the northern migration for most ducks has been occurring over the last several weeks, the kids were noticing more ducks than normal.  We worked with the students and parents to identify birds they had seen over the last few weeks and helped them to learn about the ducks that were in the area.

Some of the students were fascinated by the idea of the decoys themselves. They wanted to see how the decoys worked in the water.  Lucky for us, our booth happened to be stationed near a rain barrel. To highlight the decoys, we dropped a few decoys in the bucket to show the kids how the decoys floated and how the weights worked to keep the decoys in place.  This water bucket also helped us show the two types of feeding behaviors most ducks use. 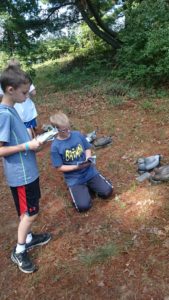 We always bring dabbling ducks and diving ducks in our outreach bag. So having the decoys floating on the water allowed us to show how the divers plunge underneath the water and feed on fish, clams and aquatic bugs. One fun fact we like to share is how the long tail ducks are adapting to eat zebra mussels off the bottom of the Great Lakes.

After we showed the diving duck feeding habits, we worked with the kids on the dabblers. Dabbling ducks including mallards, black ducks, and Tyler’s favorite the wigeon all feed in much shallower water. They feed by dabbling (dunking their head underwater while the bottom half of their body remains above the water. The dabblers primarily eat aquatic vegetation and insects.  They can also be found on land frequently feeding in grain fields.

The kids got a kick out of working the decoys to try to replicate the feeding habits of the ducks. They also were able to pick a favorite species of duck and learn more about the wildlife of our state. This event also gave us a chance to promote TRACKS to teachers for their classrooms and let parents know about the upcoming Michigan Out-of-Doors Youth Camp. Which means it was another successful event.