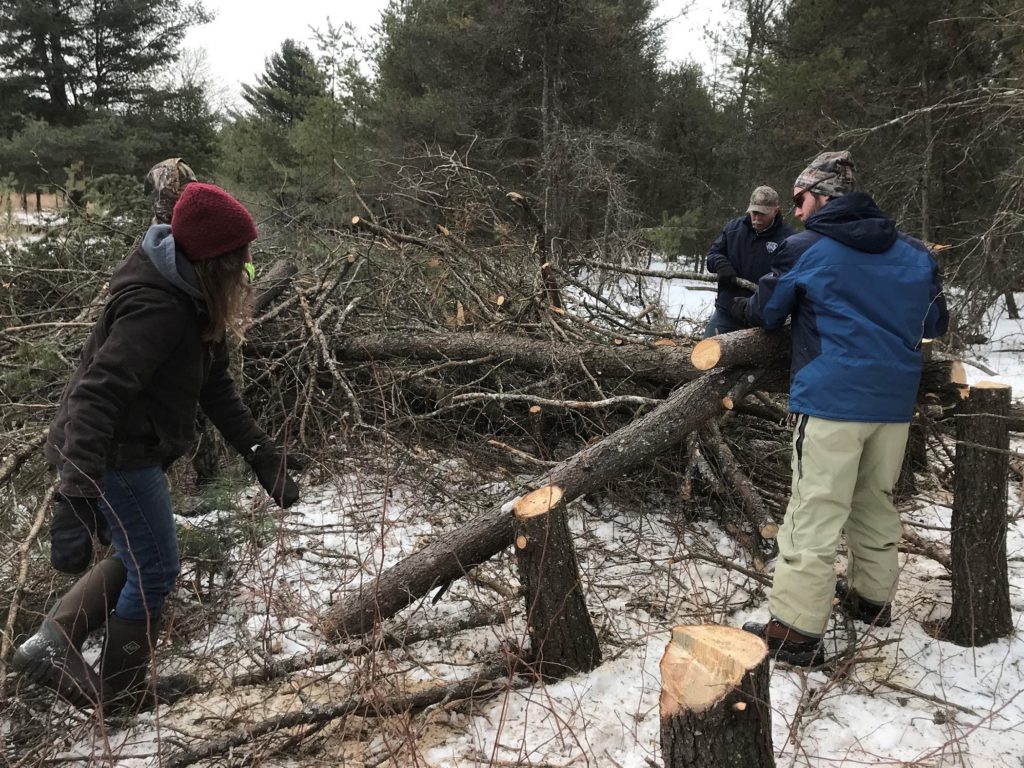 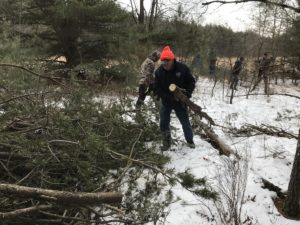 A group of 25 volunteers spent their Saturday improving wildlife habitat in the Tuttle Marsh Wildlife Area this weekend. This project was partnered with Gib King of Land Ethics LLC who has acquired grant funding from the DNR Wildlife Habitat Grant Program, which also funds On the Ground. King has completed two previous habitat grants and had the habitat work planned out in a section of the Tuttle Marsh Wildlife Area. King and OTG collaborated to recruit volunteers to help complete the work which included building over 30 brush piles for rabbitat. Lunch was provided for volunteers at King’s family cabin and many of the volunteers also participated in shooting skeet or hunting rabbits there after the habitat work.

The Tuttle Marsh Wildlife Area is a 5,000-acre wetland complex in the Huron National Forest consisting of over 3-1/2 miles of level ditch network and a 2-1/2 mile low-head dam with water level control structures. The wetland dike systems act as hiking trails for visitors. A total of 35 earthen nesting islands have been constructed within the marsh. The site includes a 380-acre impoundment area, open water, marsh and wildlife viewing areas. A variety of wildlife including deer, fox, coyote, cottontail rabbit, muskrat, beaver, otter, weasel and a large variety of bird species can be found in the area. The wildlife habitat improvement event last weekend will benefit the areas cottontail rabbits and snowshoe hare by providing cover for the species with the brush piles and hinge-cut areas. 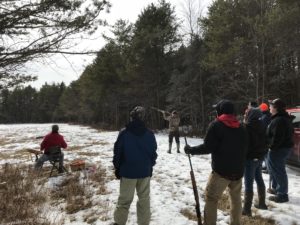 Volunteers from a variety of locations and professional backgrounds attended the event. King recruited a few people including his “uncle” Morrie Stevens, friends John and Scott, and me to help with the site preparation on Friday before the event. Enough trees were cut and bucked into sections to keep the group of 25 volunteers busy for the habitat portion of the event on Saturday. A few volunteers were local from the Tawas area including Ross Tingley and Kurt Dalman with the Iosco County Conservation District NRCS. Some volunteers traveled from the Bay City area including Victoria Hankins with her younger brother and cousin as well. MUCC’s Education Director Shaun McKeon traveled to help out and a handful of volunteers even traveled from the Lansing and Novi areas including Linas Orentas who was a great help on the skeet field. 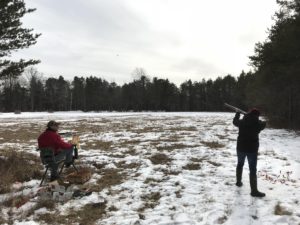 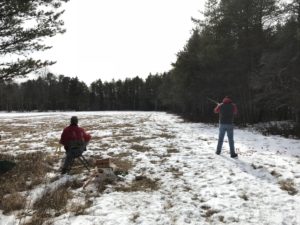 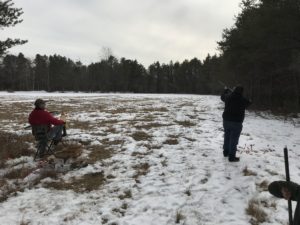 For several volunteers, this was their first opportunity to shoot skeet! You wouldn’t have known it, though, as a few made it look like they were professionals blasting singles, report pairs, and even true pairs. Thank you to Alvin Sitkiewicz from Michigan Gone Wild for attending the event to capture film and put together a video for us- the link will be shared when the production is finished! Also, thank you to Gib King and your family for the hospitality for myself, our four-legged field companions, and the volunteers! It was great to be able to improve wildlife habitat and also enjoy a recreation activity in the afternoon. More importantly, thank you to all of you who volunteered your time to improve wildlife habitat on public land! Catch the next event at www.mucc.org/on-the-ground 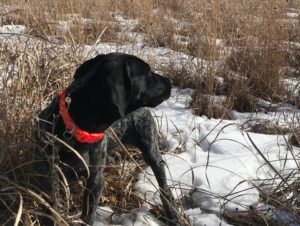