MUCC has joined as a party to this lawsuit with National Wildlife Federation and others. Below is a joint press release issued today, along with a link to the case document.

WASHINGTON, D.C.– To force the U.S. Environmental Protection Agency to protect communities and businesses from harmful algal blooms that have plagued Lake Erie for years, today a coalition of businesses, conservation advocates, and sportsmen groups sued (http://blog.nwf.org/2017/04/lawsuit_lakeerie_impaired/), asking a federal judge to order the agency to carry out its duty under the Clean Water Act. In 2014, a harmful algal bloom poisoned drinking water for more than 400,000 people in Toledo, and in 2015, an algal bloom stretched for over 300 square miles. 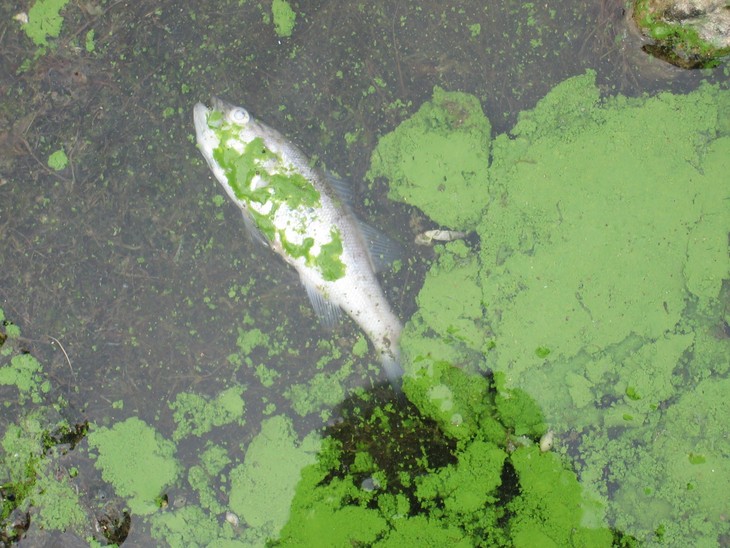 “We hope the lawsuit is a catalyst for the EPA to fulfill its responsibility under the Clean Water Act so that state and federal public officials can start putting solutions in place to curb harmful algal blooms in Lake Erie that are harming our drinking water, jobs, and way of life,” said Mike Shriberg, Great Lakes regional executive director of the National Wildlife Federation. “Continuing to kick the can down the road will only make the problem worse for Lake Erie, our environment and our economy. This is a problem that you can literally see from space.”

The lawsuit, filed in federal district court in Washington, D.C., is in response to U.S. EPA’s failure to perform its duty to accept or deny Ohio’s decisions on whether Lake Erie is “impaired,” a Clean Water Act designation that means that the water quality does not meet legal standards for fishing, swimming, and drinking. An “impaired” designation forces state and federal partners to put in place an action plan, enforceable under the Clean Water Act, to restore it to health. Despite poor water quality and Michigan’s decision to list its portion of Lake Erie as impaired, Ohio decided not to list the open waters of the western basin of Lake Erie as impaired.

“Ohio can do more to protect Lake Erie from toxic algae,” said Heather Taylor-Miesle executive director at the Ohio Environmental Council. “The status quo is clearly not working—in fact, it’s getting worse. We need those in power to do all they can to solve this problem.”

Under the Clean Water Act, every two years states submit a list of impaired waters to the EPA, which the agency must by law accept or deny within 30 days. The process is instrumental in helping local communities, states, and the nation identify unhealthy waters so actions can be taken to improve the health of rivers, lakes and streams. The U.S. EPA has refused to act on Ohio’s list, which was submitted in October 2016.

“The Clean Water Act provides powerful tools to protect our drinking water, public health, and economy. It’s time to use them to clean up Lake Erie,” said Alliance for the Great Lakes President and CEO Joel Brammeier. “We can solve this problem but it’s going to take action. State and federal leaders have said the right things, and now they have to follow through.”

Groups have criticized Ohio’s omission of Lake Erie itself from the list of unhealthy waters submitted to the U.S. EPA because it relieves the state from the obligation to effectively tackle the problem of harmful algal blooms in Lake Erie. Farm run-off is the No. 1 contributor to the resurgence of harmful algal blooms in Lake Erie, and one way to address that is through a federally approved plan to reduce runoff pollution into local rivers, streams and Lake Erie. Groups are calling on the EPA to reject Ohio’s list and designate all of western Lake Erie as impaired.

“The impaired designation is needed to ensure that Lake Erie’s algae causing sources and amounts are identified, followed by a stakeholder implementation plan, together with advanced technology, and robust funding to reduce the algae that threatens millions who drink the water and billions of dollars is dependent on Lake Erie’s economy,” said Sandy Bihn, executive director of the Lake Erie Foundation. “Relying on state domestic action plans without source identification and accountability will not work.”

In November of 2016, the Michigan Department of Environmental Quality (DEQ) listed its portion of the open waters of western Lake Erie as impaired under the federal Clean Water Act. Reacting to deteriorating water quality and the ongoing threat of harmful algal blooms in Lake Erie, the DEQ included the waters of the Great Lake that fall within Michigan’s borders in its report to the EPA. Michigan’s decision relies upon clear science, and EPA endorsed it. Many organizations have been encouraging regulators in Ohio and at the EPA to follow suit.

“Delay threatens Lake Erie and businesses like ours,” said Captain Paul Pacholski, president of the Lake Erie Charter Boat Association. “Charter boat captains are counting on the U.S EPA to step up and do its job, because this problem will not go away on its own. The health of our business depends on the health of Lake Erie.”

Michigan, alone, will not be able to restore Lake Erie, as it has jurisdiction over a small piece of the lake, compared to that of Ohio. Both states must take strong action to reduce harmful algal blooms.

“The waters of the Great Lakes are the most critical asset we have,” said Dan Eichinger, executive director of Michigan United Conservation Clubs. “We are committed to finding a solution to Lake Erie algae, and we can’t find a solution until we acknowledge the problem and commit to taking action to solve it.”