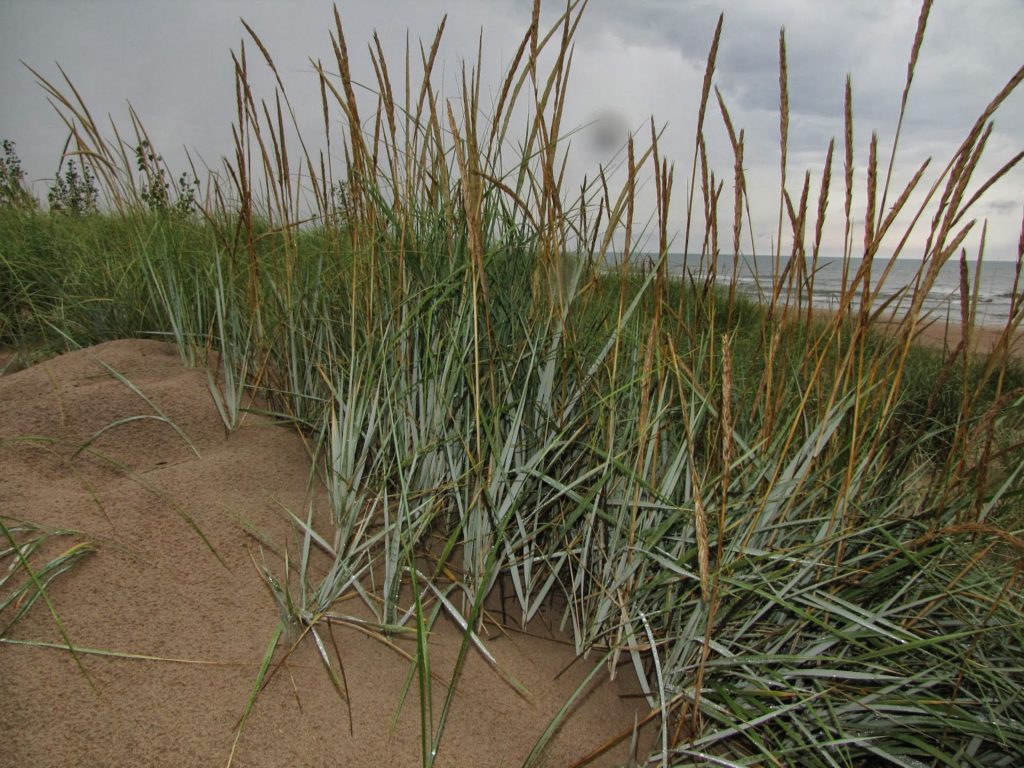 As the thought of summer approaches, it’s hard not to think about the beaches and playing on the sandy shores, or exploring many of the dunes that surround our Great Lakes.  However, over the recent years, as Lake Michigan water levels have been dropping, a species called Blue Lyme Grass appears to be spreading through these areas of lower water levels.  It’s invading beaches, dunes, and other sites that have sandy soils. 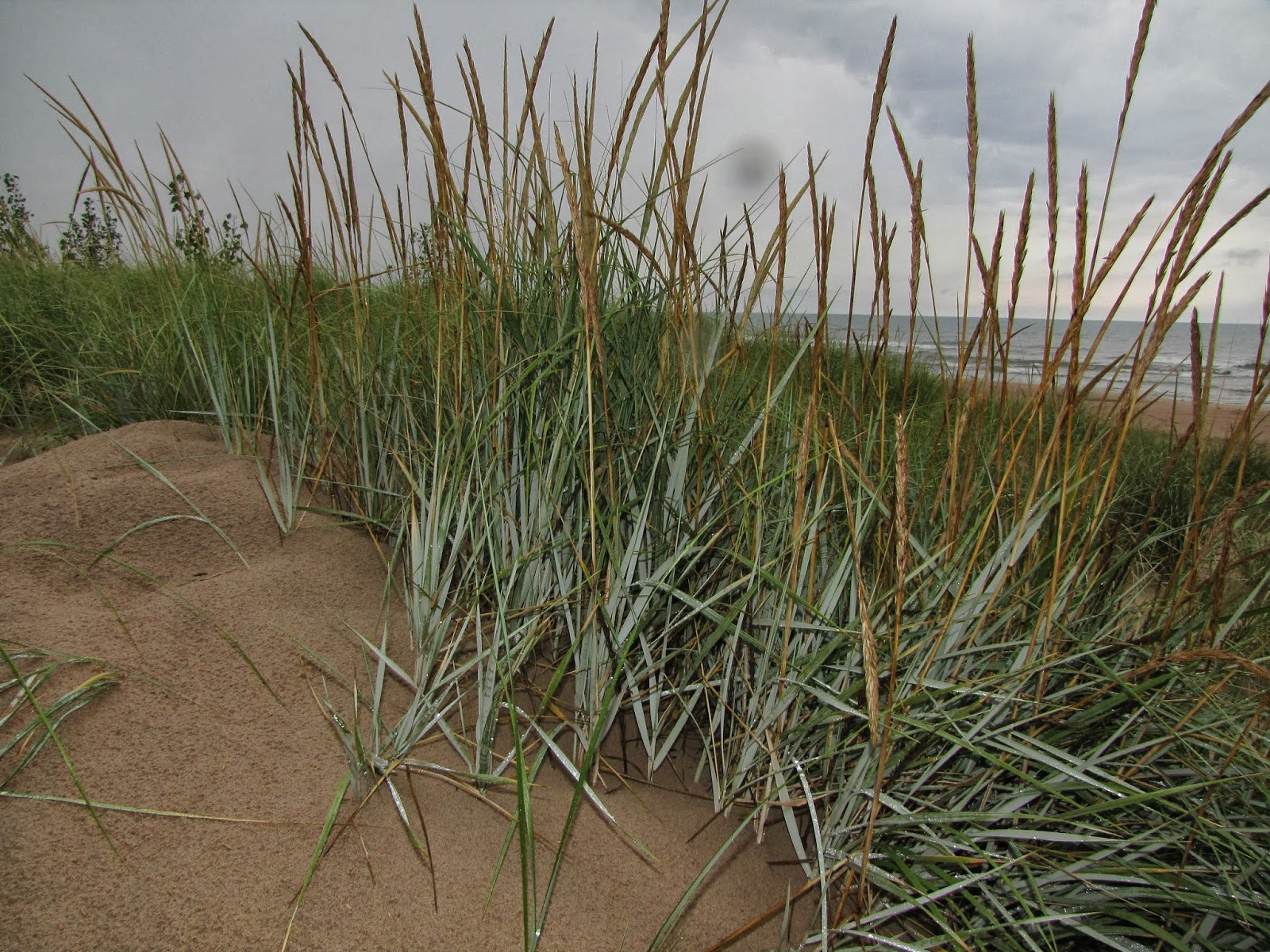 Originally native to Europe, blue lyme grass was introduced locally around the Great Lakes, and was commonly grown for its display of exceptionally beautiful steel-blue foliage and thrives on calcium-rich sands, and drought tolerance, making the shores of Lake Michigan a good place to call home.  However its shade intolerance prevents it from spreading offshore into more wooded areas.

This perennial grass, is stout and erect, and can grow from anywhere between 1.5-5 feet tall, and has blue-glaucous leaves that crowd around the base, with hairless stems, and flowers that arrange in spikes with 4-6 flowered spikelet’s that usually pair at the nodes on the spikes and are generally 15-25 millimeters thick.  Species that are similar in look are the native thick-spike wheat grass, which is also blue-green but has spikes that are only 5-10 mm thick.  Another common look-alike species is beach grass, which is green rather than bluish, and reed grass, which has an open panicle rather than a spike.

Reproduction of blue lyme grass is primarily vegetative, and spreads via its creeping rhizomes, although it can also spread and reproduce through seed dispersal.  This makes mechanical control methods such as digging, cutting, and removing ineffective, since it can sprout from rhizomes and root fragments.  The best method is treatment using herbicides in the springtime, while native species are dormant.  Continued monitoring into the summer to make sure all plants have been killed is necessary and follow up may be required with herbicides.

Preventing the spread of such invasives is essential for maintaining healthy native species.  For instance when blue lyme grass becomes established it eliminates the shifting sands that are home to rare species such as Pitcher’s thistle.  If you plan on using lyme grass as an ornamental, be sure to use potted and secluded gardens to prevent unwanted spread. Together we can keep the invasives out and the natives healthy and plentiful.