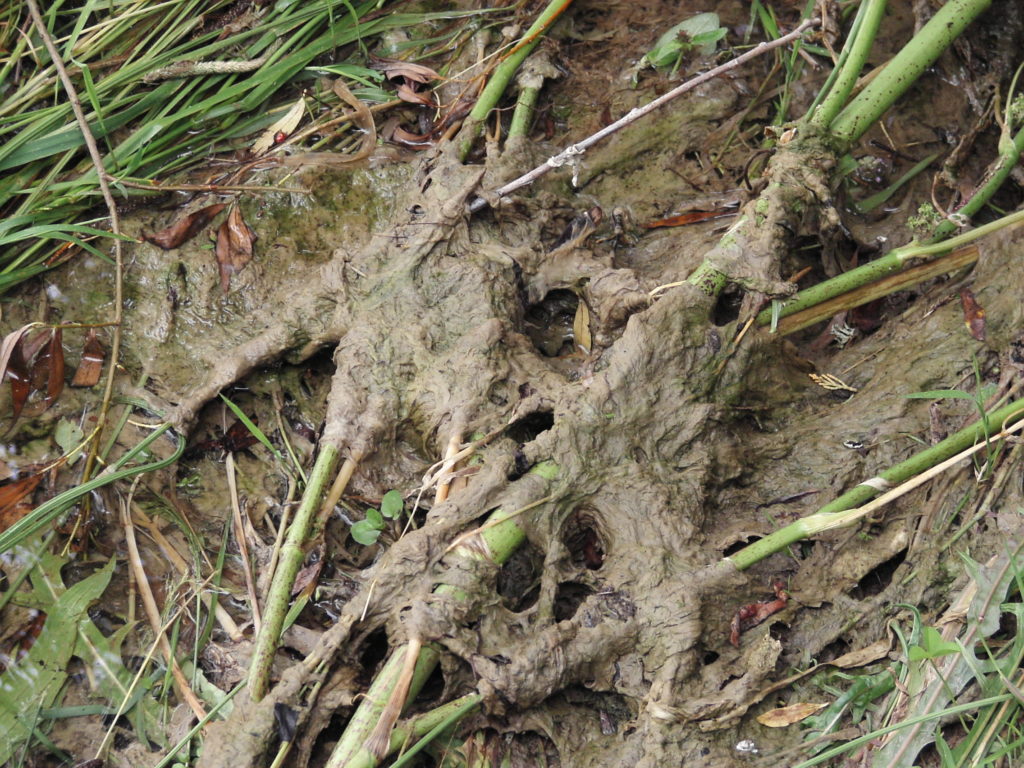 Snot is gross, so why would we want it growing on rocks in our streams? Rock snot or didymo (Didymosphenia geminata) is a brown or tan algae that grows thick and mat-like on the bottom of streams and rivers. Although when you think of snot you generally think slimy, rock snot has a texture more resembling wet wool and is held together very tightly, the name was given based solely on appearances. Native to Europe, its growth conditions are rare, but are increasing in the US and it is currently being monitored in Lake Superior. In 2011, rock snot was found in 18 US states and 3 Canadian provinces. This year, it was discovered in the St. Mary’s River.

Rock snot out-competes and smothers food sources for aquatic insects and fish, devastating the populations, and turning a once great fishing spot into an algae filled stream. In New Zealand, mats 8 inches thick and 2.5 miles long have been reported; as such, they are the world leaders in education and slowing the spread of rock snot. It has adapted in recent years, causing it to spread like crazy; rock snot used to be adapted to only cooler waters, but is now able to thrive in warmer waters, and is as far south as Tennessee. At the time there are no methods to control or remove rock snot, so prevention is key.

Like most aquatic plants and algaes, both native and invasive, rock snot is spread through water equipment; this includes recreation equipment, such as fishing gear, boats, inner tubes, etc. The best way to prevent the spread is to make sure all water equipment is properly and thoroughly cleaned after each use, especially if the next use will be in another body of water; it only takes one rogue cell to completely invade and take over an area.

Just because you don’t see rock snot (or any invasive for that matter), do not assume it’s not present. Rock snot cells can also live up to 40 days outside of water, making it even harder to get rid of them, but research has proven that bleach is the most effective way to kill the cell. A major contributor to the spread of rock snot is believed to be felt-soled wading boots, they absorb water and plant and algae (like rock snot) cells like a sponge until they find the next body of water and are more difficult to clean thoroughly. In at least 3 U.S. states, it is illegal to use felt-soled wading boots, and many agencies and stores have begun promoting not-felt-soled wading boots.

Stay tuned and if you see something like rock snot in your favorite stream, please alert the DNR Fisheries Division and report it on the MISIN app (for a reminder of how to register, check out this blog)!