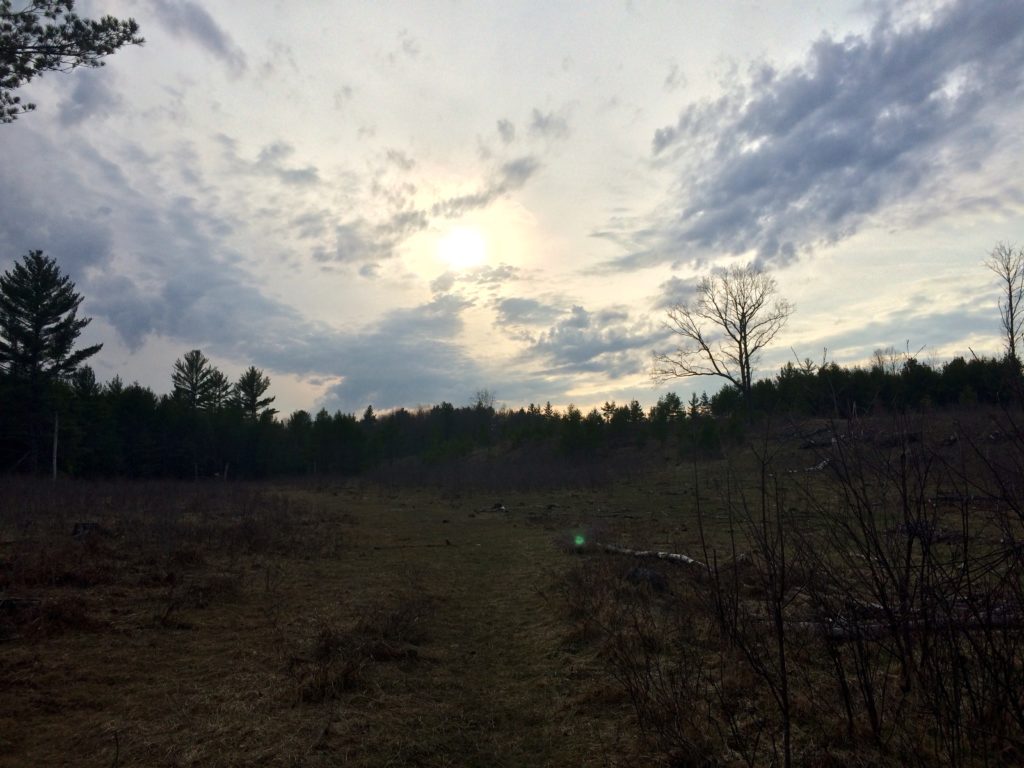 Editor’s Note: Today, in the Senate Natural Resources Committee, Senator Tom Casperson accused us of misleading you about his legislation, Senate Bills 39 and 40, in this very action alert. Therefore, we have left it unchanged, except to add below each bullet point, the relevant verbatim language (relevant subsections capitalized) from Senate Bills 39 and 40, as worded in the substitute drafts that they adopted today, and which we analyzed for this alert.

Senator Casperson had a particular problem with our use of the phrase “forces the sale of public land.” Elsewhere in the alert, we said “pressures the sale of public land,” which it absolutely does. Whichever phrase is used, the undeniable fact is that this bill exposes millions of acres of state forest, hatcheries, boat launches, you name it, to sale as “surplus,” with additional unnecessary hoops for the department to jump through which pressure the sale of our public land, prevent the acquisition of public land, and make it more difficult for biologists to manage land for wildlife habitat.

Legislation up for a committee hearing this week would result in less public land for the citizens of Michigan to hunt, fish, trap, camp, hike, ride and enjoy for outdoor recreation and tourism. In numerous ways, the expansive legislation forces the sale of public land, prevents the acquisition of public land, and impairs the value of our public lands for wildlife habitat and hunting, fishing and trapping. Call your legislators today and tell them to oppose Senate Bills 39 and 40 and keep our public lands public! 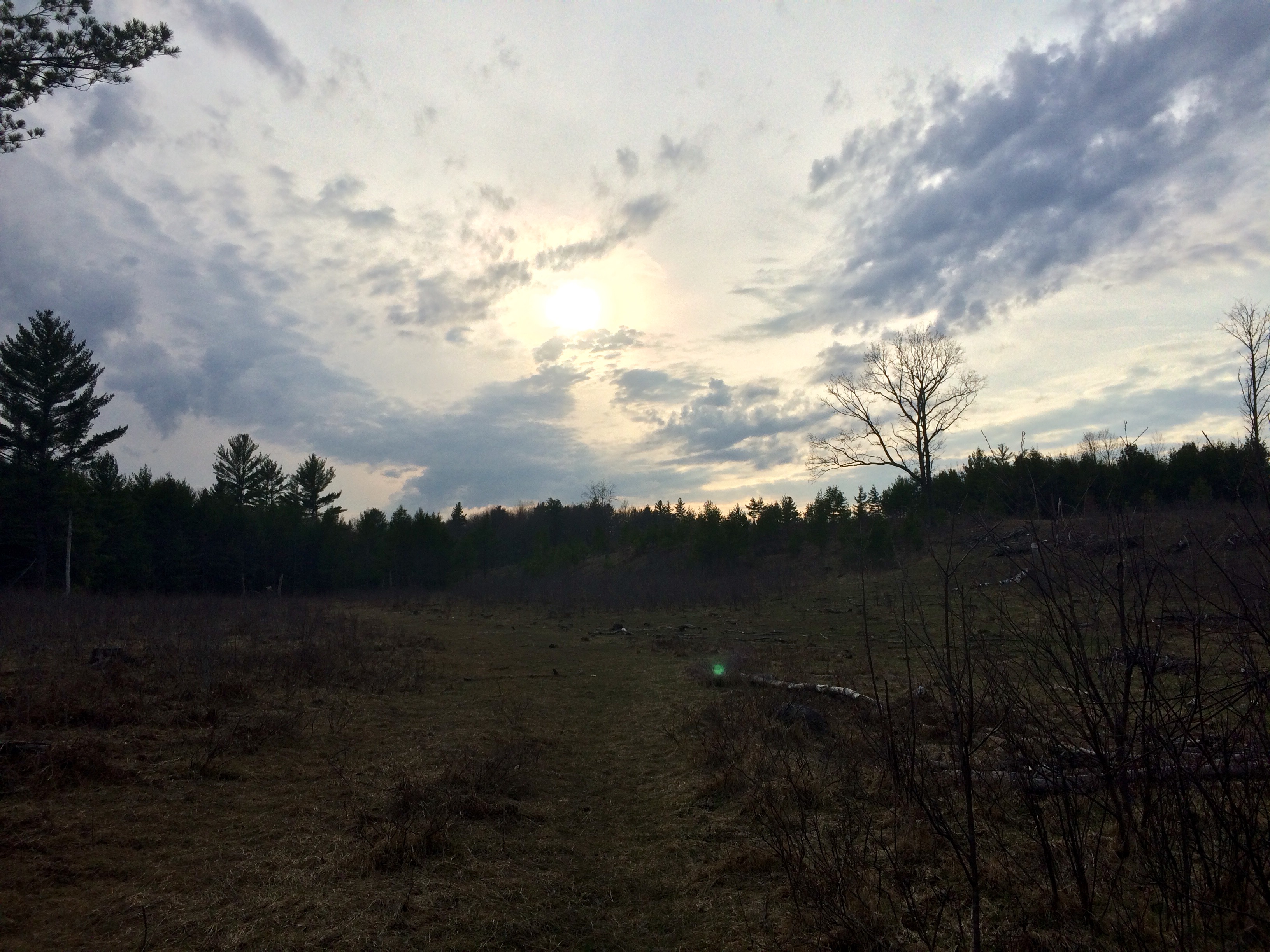 Senate Bills 39 and 40 were introduced by Senators Tom Casperson and Darwin Booher last year, but are being considered for the first time in the Senate Committee on Natural Resources on Wednesday, which is chaired by Sen. Casperson. We wrote about the original versions of these bills at that time, but a round of comments and substitute bill drafts has occurred since then. The bills contain numerous changes to public land management in Michigan, but each one of the changes does one of these things:

Senate Bill 39 pressures the sale of our public land in the following ways:

Sec. 2101C. (1) Upon request, the department shall consider selling or leasing land if all of the following requirements are met:
(A) The prospective buyer or lessee is a business seeking expansion, but is limited by adjacent state land.
(B) The sale or lease will result in an economic or other benefit for a local unit of government or region.
(C) The department has considered any comments on the proposed sale or lease from local units of government, SUBJECT TO SUBSECTION (3).
(2) In making its decision on the request under subsection (1), the department shall consider the impact on natural resources and outdoor recreation in this state, giving due regard to the variety, use, and quantity of lands then under control of the department.
(3) THE DEPARTMENT MAY ENTER INTO A CONFIDENTIAL AGREEMENT WITH THE PERSON MAKING THE REQUEST UNDER SUBSECTION (1) UNTIL REVIEW IS COMPLETE AND A RECOMMENDATION FOR DECISION IS MADE.

Page 31, Line 7 through 12 and Line 20 through Page 32, Line 1:
Sec. 2131. (1) Except as otherwise provided in subject to subsection (2), or (3), the department may designate as surplus land any state ownedstate-owned land that is under the control of the department and that has been dedicated for public use and may, on behalf of the this state, sell that land if after the department DETERMINES ALL OF CONSIDERS ALL OF the following:
((a) – (c) mostly unchanged))
(d) That 1 or more of the following conditions are met:
(i) The land has been dedicated for public use for not less than 5 years immediately preceding its sale and is not needed to meet a department need.
(D) (ii) The land is occupied for a private use through Whether the land will resolve an inadvertent trespass.
(E) (iii) The Whether the sale will promote the development of the forestry or forest products industry or the mineral extraction and utilization industry OR OTHER ECONOMIC ACTIVITY in this state.

Sec. 2137. (1) UPON REQUEST, THE DEPARTMENT SHALL CONSIDER SELLING OR EXCHANGING LAND THAT IS NOT DESIGNATED AS SURPLUS LAND, APPLYING THE SAME CRITERIA AS APPLY TO THE DESIGNATION OF LAND AS SURPLUS LAND UNDER SECTION 2131. THE SALE OR EXCHANGE IS SUBJECT TO THE SAME PROCEDURES AS THE SALE OF SURPLUS LAND UNDER THIS SUBPART.
(2) Subsection (1) does not apply to land in a state park, recreation area, or game area. Subsection (1) does not apply to a request to sell land if the request meets the requirements of section 2102(C).

Preventing the Acquisition of Public Land

Senate Bills 39 and 40 prevent the acquisition of public land to hunt, fish and trap in the following ways:

(3) (4) Beginning May 1, 2015, IF ANY PAYMENT UNDER SUBPART 13 OR 14 OF PART 21 OR SECTION 51106 FOR LAND LOCATED NORTH OF THE MASON-ARANAC LINE IS NOT MADE IN FULL AND ON TIME, THEN UNTIL DECEMBER 31 OF THAT YEAR, OR UNTIL FULL PAYMENT IS MADE, WHICHEVER OCCURS LATER, the department shall not acquire surface rights to land north of the Mason-Arenac line if the department owns, or as a result of the acquisition will own, the surface rights to more than 3,910,000 acres of land north of the Mason-Arenac line THAN THE DEPARTMENT OWNED WHEN THE PAYMENT BECAME DUE. This subsection does not apply after the enactment of legislation adopting the strategic plan.

(12) If land owned by this state, land owned by the federal government, and land that is commercial forestland as defined in section 51101 constitute 33% or more of the land in a county or township, the department shall not acquire land in that county or township, respectively, UNLESS THE ACQUISITION IS APPROVED BY A RESOLUTION ADOPTED BY THE LEGISLATIVE BODY OF THE COUNTY OR TOWNSHIP, RESPECTIVELY, AND, IF APPLICABLE, THE CITY OR VILLAGE WHERE THE LAND IS LOCATED.

(B) County or township approval is not required if, not more than 60 days before the acquisition, THE DEPARTMENT SOLD THE SAME NUMBER OF ACRES OF LAND LOCATED IN THE SAME COUNTY OR TOWNSHIP, RESPECTIVELY.

Sec. 2135. (1) Money from the fund shall be used by the department only for the following purposes:
(Subsections (a) through (c) mostly unchanged)
(D) THE COSTS OF NATURAL RESOURCES MANAGEMENT AND PUBLIC RECREATION ACTIVITIES, INCLUDING, BUT NOT LIMITED TO, ADMINISTRATION, MAINTENANCE, DEVELOPMENT PROJECTS INCLUDING TRAILS AND OTHER FACILITIES, AQUATIC INVASIVE AND AQUATIC NUISANCE SPECIES CONTROL, GAME MANAGEMENT, AND FISH STOCKING.

In numerous ways, SB 39 impairs fish and wildlife habitat by frustrating the ability of professional wildlife biologists to do their jobs.

Further, SB 39 allows private landowners to sue the DNR for damages that occur in the commission of a conservation officer’s duty, for instance, investigating a poaching on private land!

SEC. 514. IF AN OFFICER OR EMPLOYEE OF THE DEPARTMENT ENGAGED IN THE EXERCISE OR DISCHARGE OF A GOVERNMENTAL FUNCTION COMMITS AN ACT OF TRESPASS AS DESCRIBED IN SECTION 552 OF THE MICHIGAN PENAL CODE, 1931 PA 328, MCL 750.552, THE OWNER OR LESSEE OF THE LANDS OR PREMISES MAY RECOVER ACTUAL PROPERTY DAMAGES IN A CAUSE OF ACTION AGAINST THE DEPARTMENT.

These are just a few of the many provisions in these bills that pressure the sale of our public land, prevent the acquisition of public land, impair fish and wildlife habitat, or simply frustrate conservation officers and wildlife biologists from doing the jobs hunters, anglers and trappers pay them them to do through our license dollars.

Please call the members of the Senate Committee on Natural Resources your State Senator today and ask them to reject SB 39 and 40!