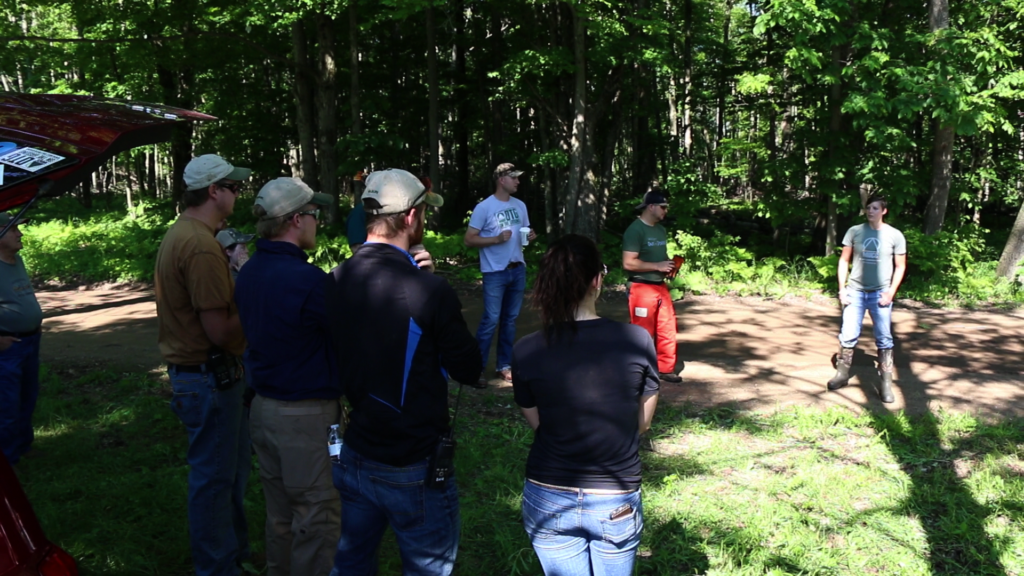 This past weekend, 21 volunteers got together at the Haymarsh Lake State Game Area in Mecosta County to improve habitat, kicking off MUCC’s Annual Convention held in Big Rapids. Volunteers were joined by MUCC Staff including Executive Director Dan Eichinger, Deputy Director Amy Trotter, Chief Information Officer Drew YoungeDyke, and Digital Media Coordinator Logan Schultz as well as Region II Vice President Jane Finnerty and newly elected Board Member Greg Nicolaou who all combined efforts to build 17 large brush piles for rabbitat. Michigan Out of Doors TV made sure volunteer’s hard work was captured on film at this event as well! 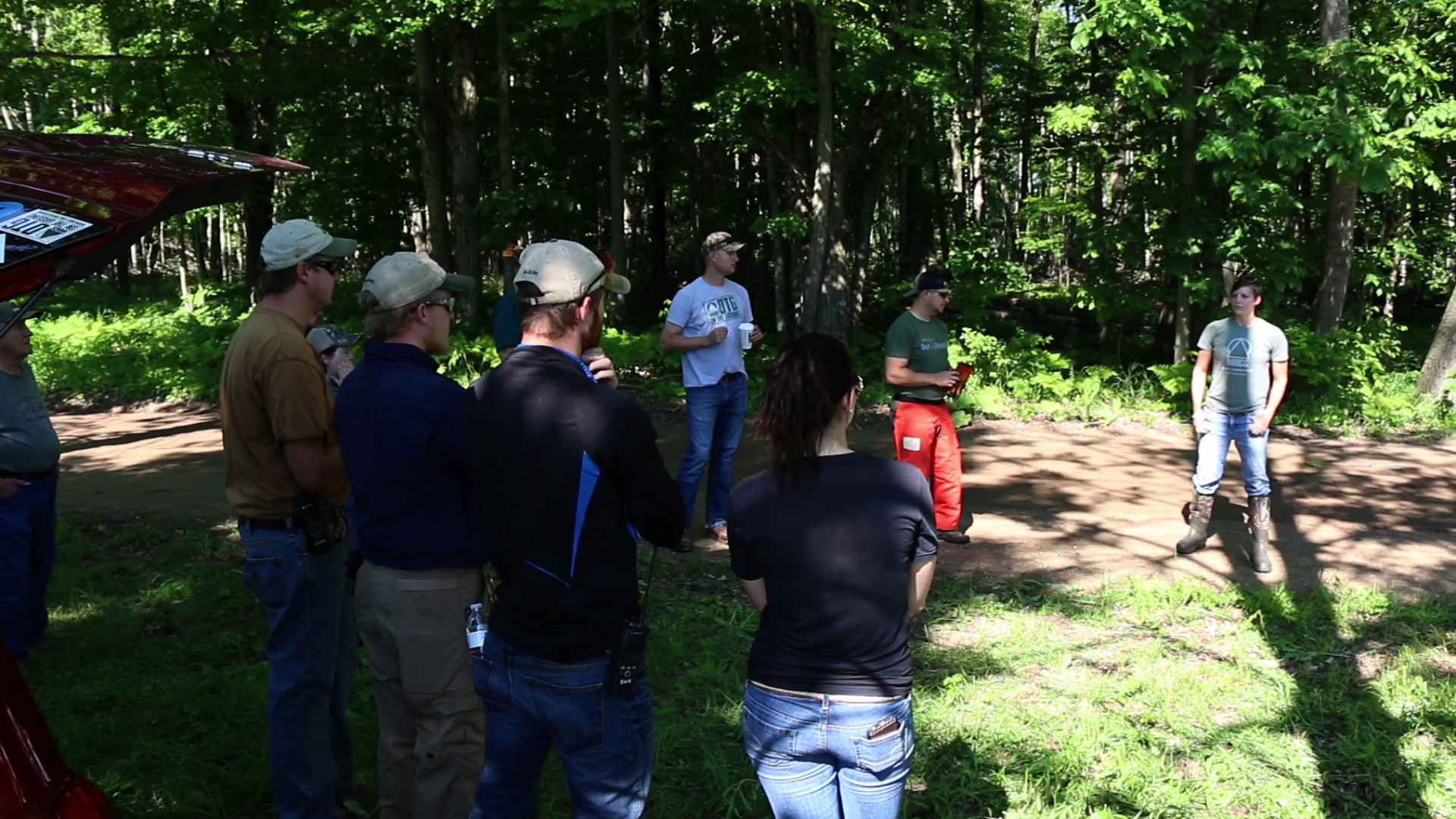 The area’s DNR Wildlife Biologist, Pete Kailing, and the DNR Wildlife Assistant, James Miller along with the seasonal employees and volunteers made this project as smooth as possible for the volunteer crew by flagging trees to be cut for brush piles and marking the locations using GPS coordinates for an interactive map system. This is part of Miller’s work with Maria Albright’s mapping model in the Allegan State Game Area. Miller will use these GPS marked habitat sites to input in a map of the Haymarsh Lake SGA for its users to see where habitat improvements have been made for the species they hunt. These 17 new brush piles will be incorporated in the map system and hunters can find them to hunt this next small game season! 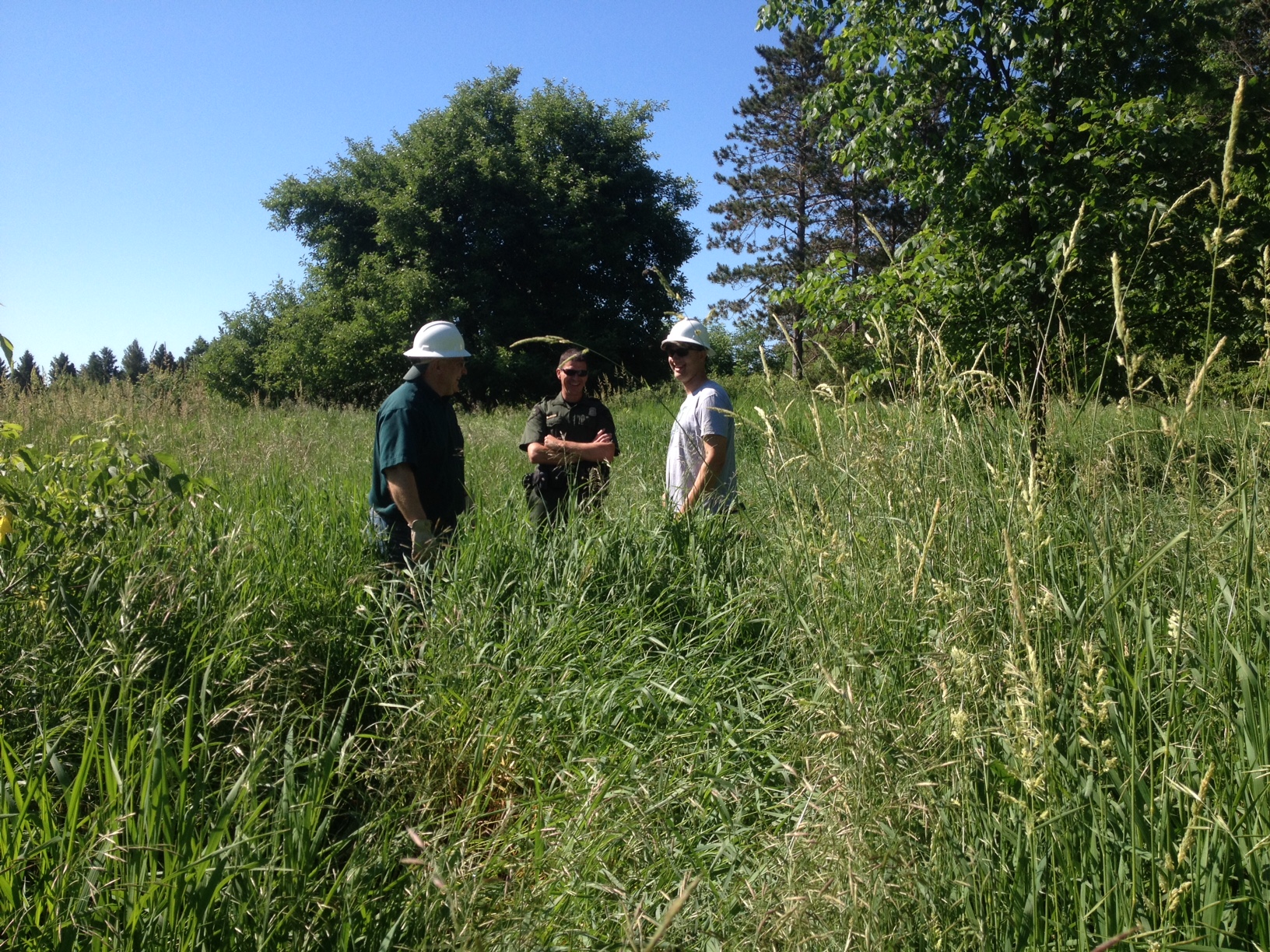 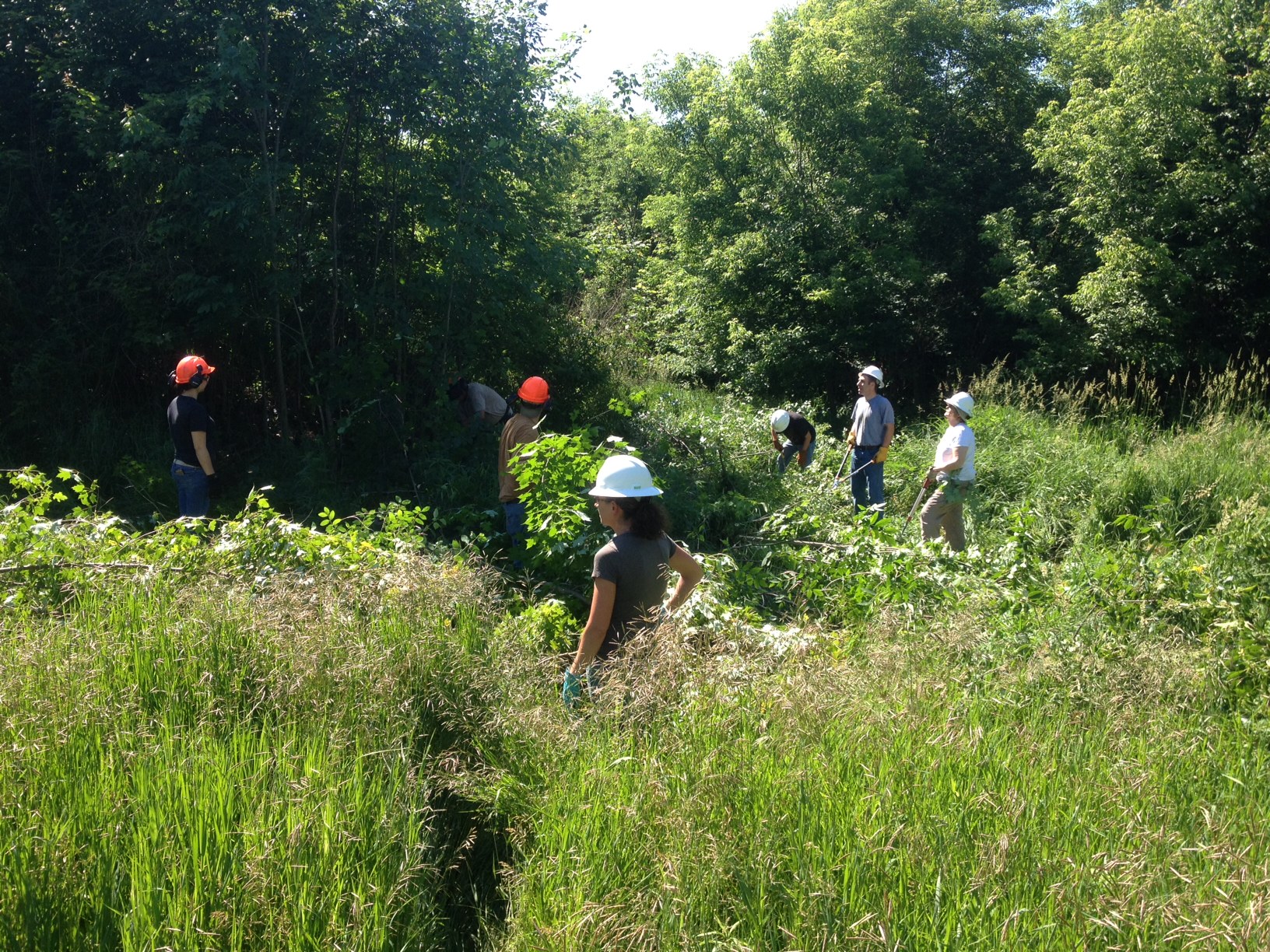 Following a productive habitat project was an equally productive weekend of MUCC and the voices of its members, club affiliates, DNR representatives, and fellow hunters, anglers, trappers, and conservationists alike- see the full article recapping the annual convention here. It was great to witness the passion people brought to either support or oppose the various resolutions that were covered and to hear each individual’s reasoning behind their support or opposition. If you missed it this year, be sure to join us next year to bring a resolution forward or defend an existing resolution; this is conservation. 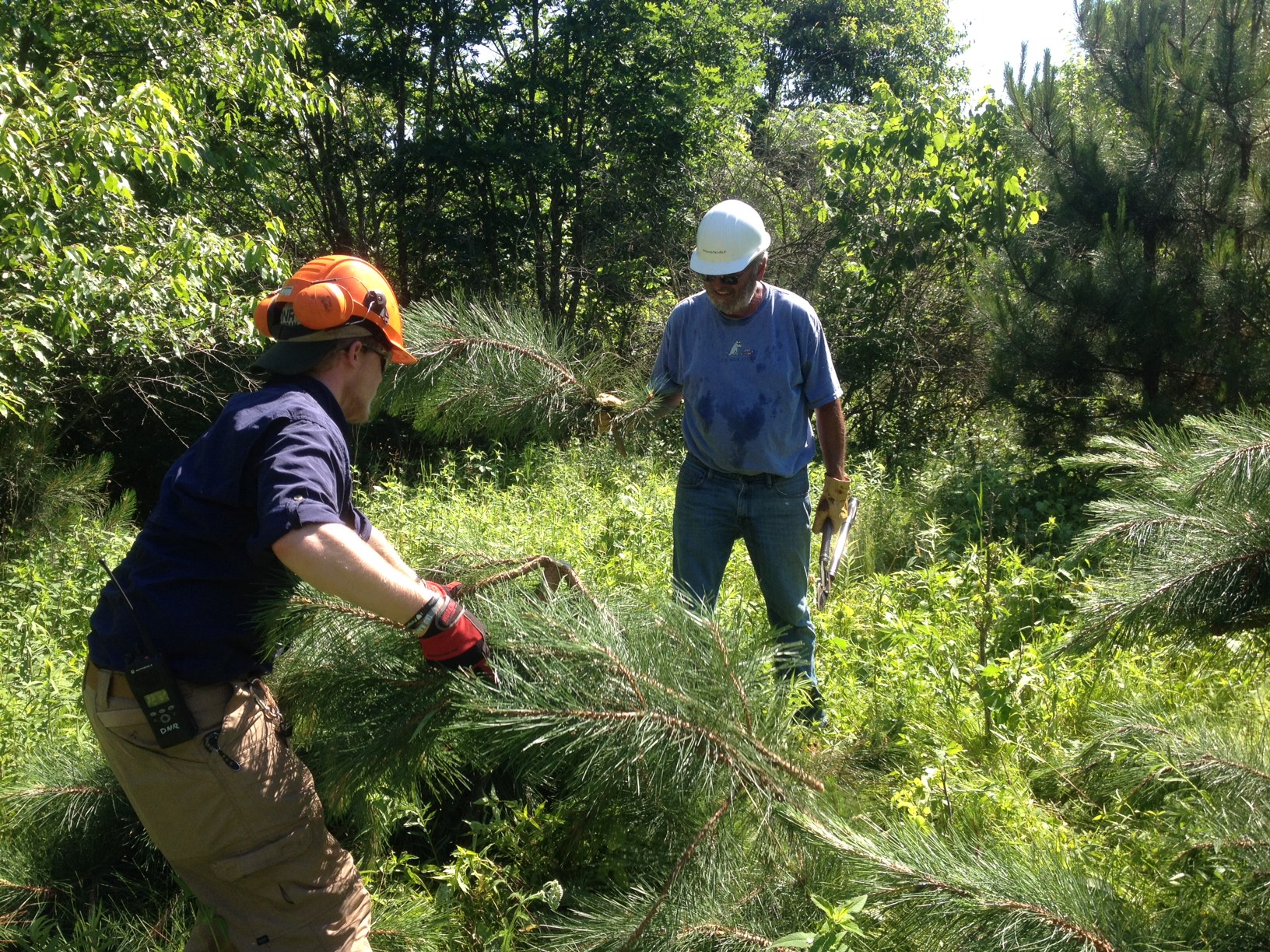 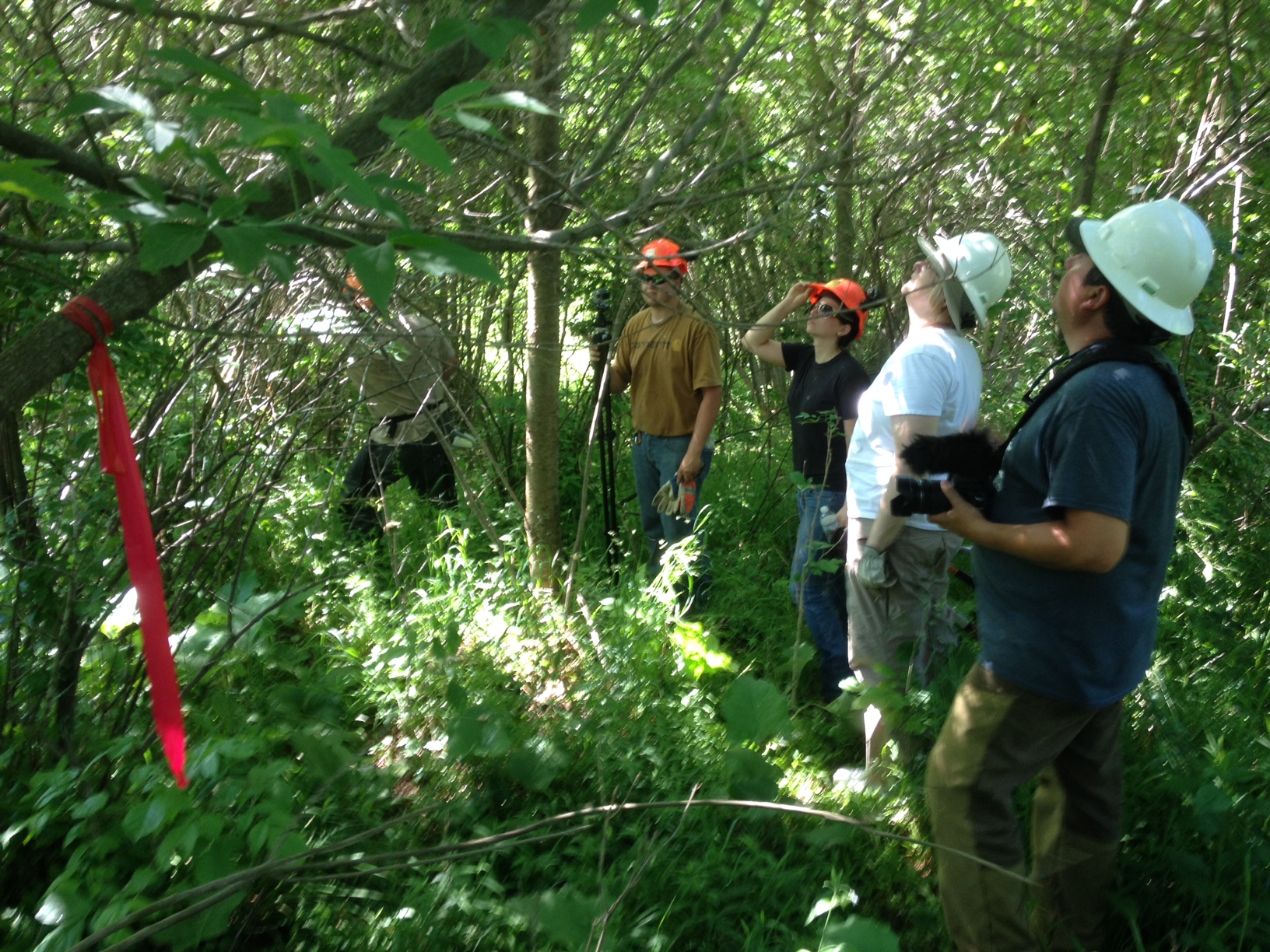 If you enjoy more hands-on conservation, don’t miss out on what’s coming up in July. Volunteer to improve two of Michigan’s important rivers as we clean up a section of the Manistee River on July 9th and the Clinton River on July 16th – please RSVP if you plan to attend! We will be partnering with the Metro West Steelheaders and the Clinton River Watershed Council as well as Steelhead Manifesto for these events. See more upcoming wildlife habitat events here and RSVP to volunteer for wildlife!

Posted in On The Ground and tagged Blog, Habitat, Michigandnr, Mucc, Ontheground, OTG, publiclands, volunteerforwildlife, weareconservation, Wildlife
← In the Field: Is there a Perfect Cooperative?MICHIGAN'S WATER STRATEGY →