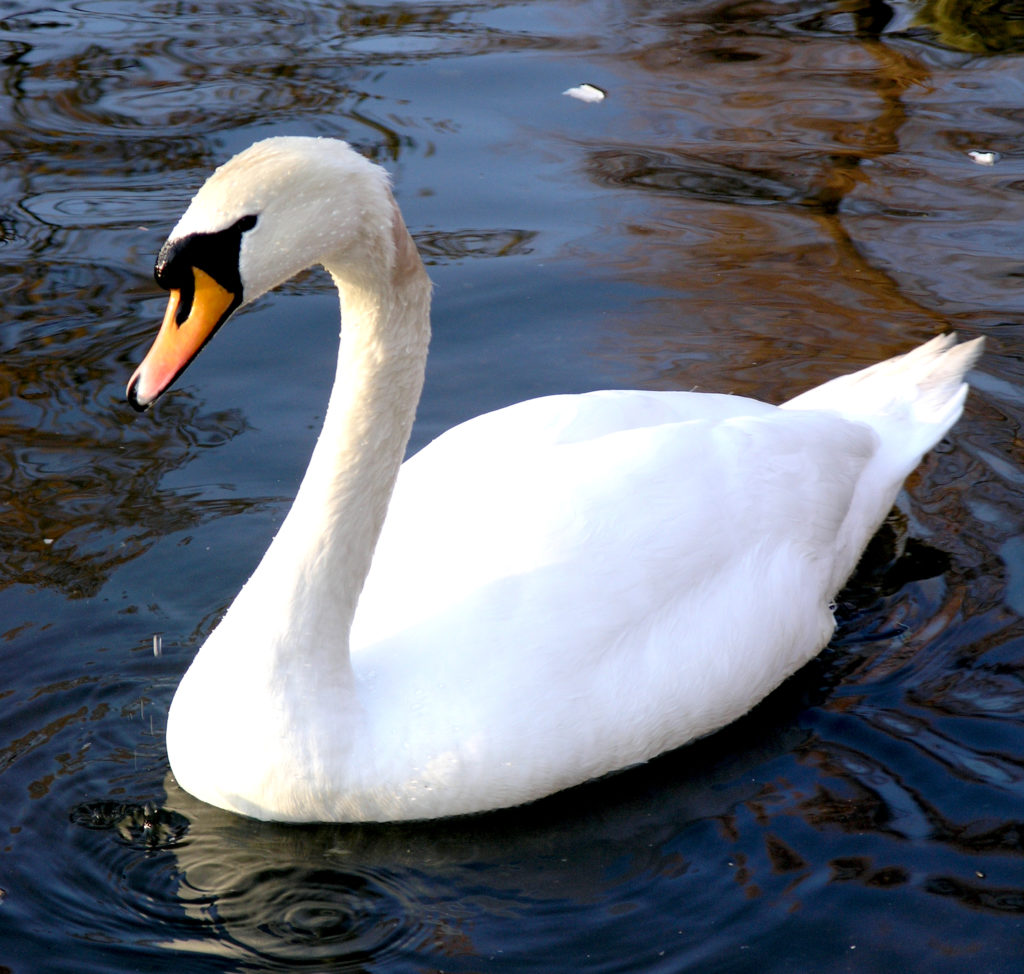 Most of the swans we see all around Michigan are not native to Michigan, which many people seem to forget since they’ve been here for 150 years. 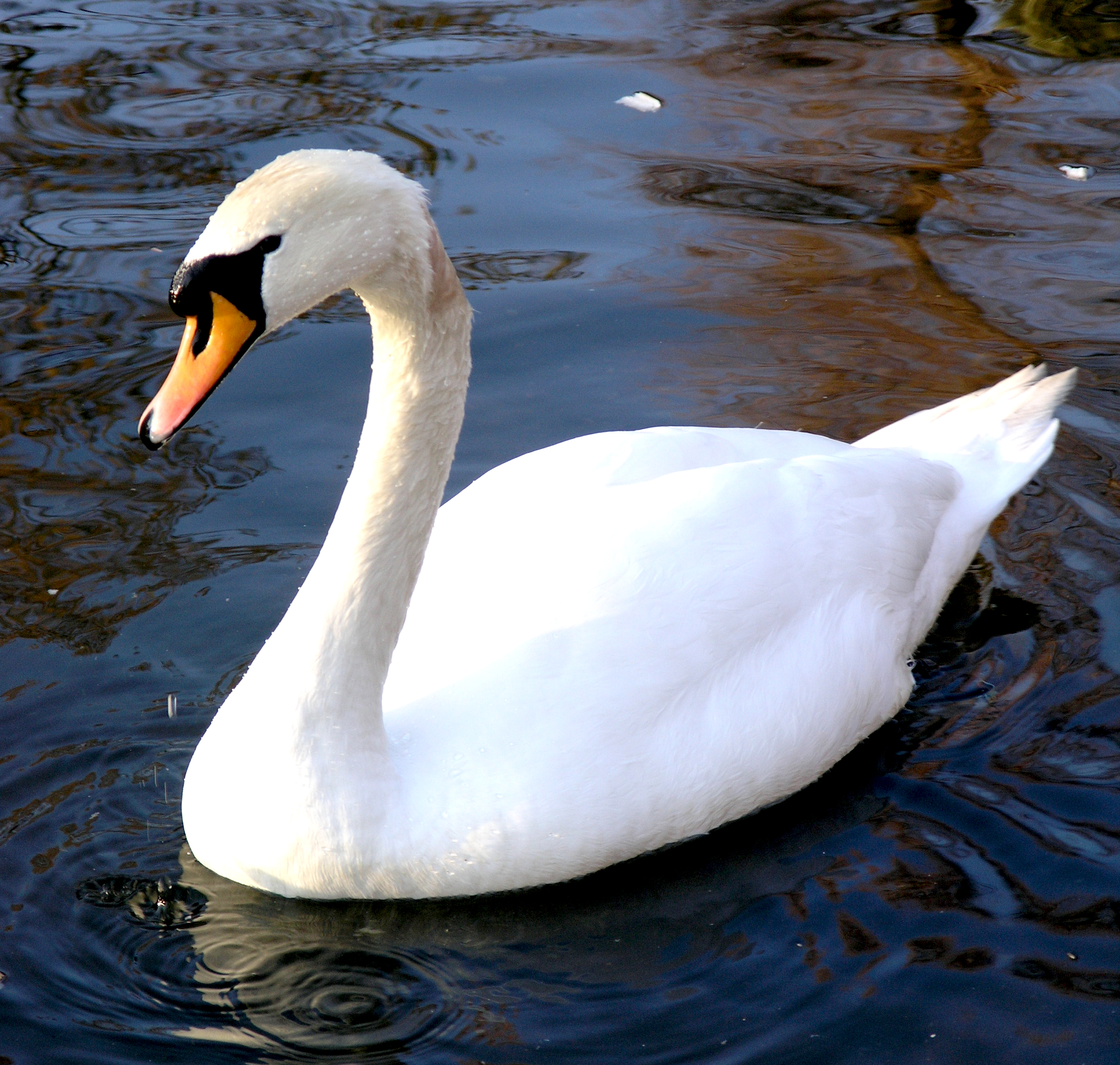 Mute swans were introduced to North America in the mid-1800’s, essentially as lawn and park ornaments—we could call them the original pink plastic flamingo, except that they move and reproduce. It is believed that all mute swans in the US originated from those “lawn ornaments”. The first pair of mute swans were documented in Michigan in 1919 in Charlevoix County, and by 1972 the flock was growing at a rate of 15-22 percent. By 1990 there were 2,000 birds in the entire state of Michigan. Michigan now has the highest population of mute swans in North America.

According to the DNR there are three major problems with mute swans; they are a threat to humans, wildlife, and destruction of wetlands. First, mute swans have little fear of humans and they are also quite large. Every year the DNR gets multiple reports of swan attacks both on shore and in boats and other watercraft on the water. Swans get especially aggressive when they are nesting or protecting their young.

Mute swans are also detrimental to wildlife, as they are the most aggressive waterfowl species. They will attack, injure, and possibly kill other waterfowl for nesting or feeding grounds. The New York State Department of Environmental Conservation reported three pairs of captive swans killed over 50 ducks and geese in a zoo. There are many threatened waterfowl in Michigan that are in danger of disappearing from Michigan due to mute swans, one of which is Michigan’s native trumpeter swan. The trumpeter swan population is on the rise, but the mute swan population is also on the rise and threatening the native swan breeding programs.

Like most other waterfowl, mute swans feed on mostly aquatic plants. With such a large population they quickly both outcompete other waterfowl, and destroy wetland habitats by heavily feeding on these plants. One adult swan can eat 4-8 pounds a day, and will also rip out and uproot another 4-8 pounds without even eating it, therefore reducing the amount of food for other waterfowl and eventually lead to a complete loss of aquatic plants in an area. The loss of aquatic plants does not only mean loss of a food source, but also loss of cover and shelter for fish and other aquatic organisms and reducing the food source for birds, such as herons, that feed on small fish close to the shore. Wildlife biologists are also largely concerned with the decline of Michigan’s native diving ducks, such as canvasbacks and scaups, that feed only on specific aquatic plants.

In 2012, the DNR outlined a swan management program with both long and short-term goals to completely stop population growth by 2016, and ultimately reduce the population to less than 2,000 birds by 2030. Many conservation groups have joined together in support of the DNR’s program including MUCC, National Audubon Society, Michigan Audubon Society, the American Bird Conservancy and Ducks Unlimited. Swans are no longer federally protected since they’re not native to the US; however hunting swans is still illegal in Michigan. The DNR can issue permits to landowners and lake associations (or their contracted nuisance animal control) to remove mute swans and their nests or eggs for purposes of public safety, population control, and the reintroduction, reestablishment, and mating of native endangered or threatened species.

The DNR’s Mute Swan Management and Control Program Policy and Procedures can be found here.

Please join MUCC in trying to educate the public on what kind of harm these non-native swans can do to our wildlife and wetlands and make an effort to help control them under a DNR permit if you have a population on your property.