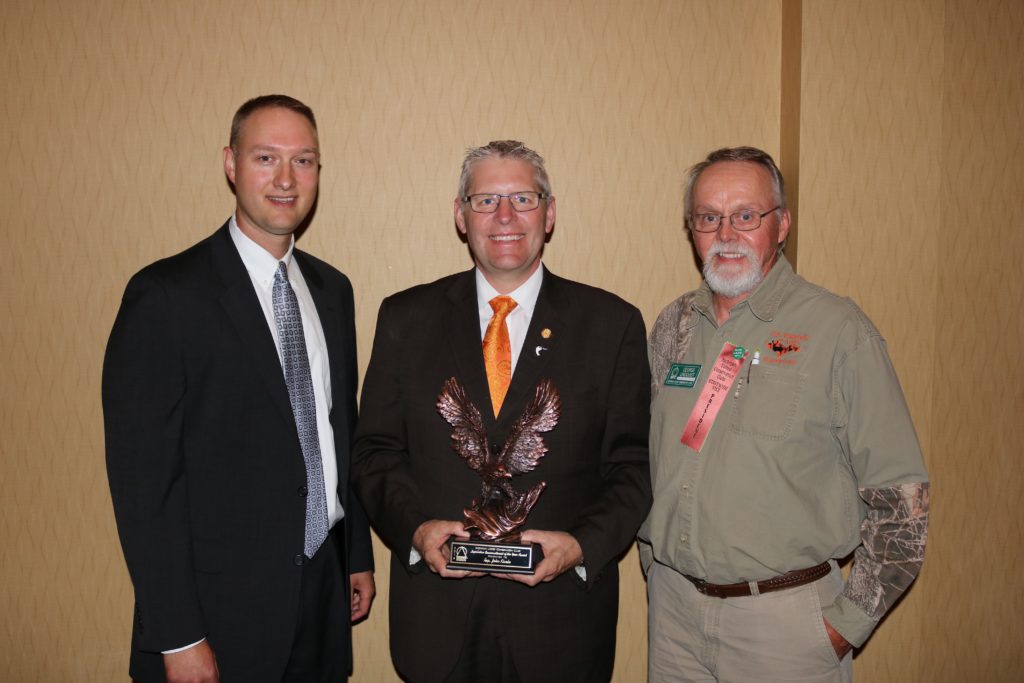 This is the first in a series of posts over the summer which will profile the Conservation Award winners honored by Michigan United Conservation Clubs at our Annual Convention in June.

Lansing – Representative John Kivela (D-Marquette) was honored by Michigan United Conservation Clubs as the Legislative Conservationist of the Year at its Conservation Awards Luncheon this past weekend in Big Rapids. 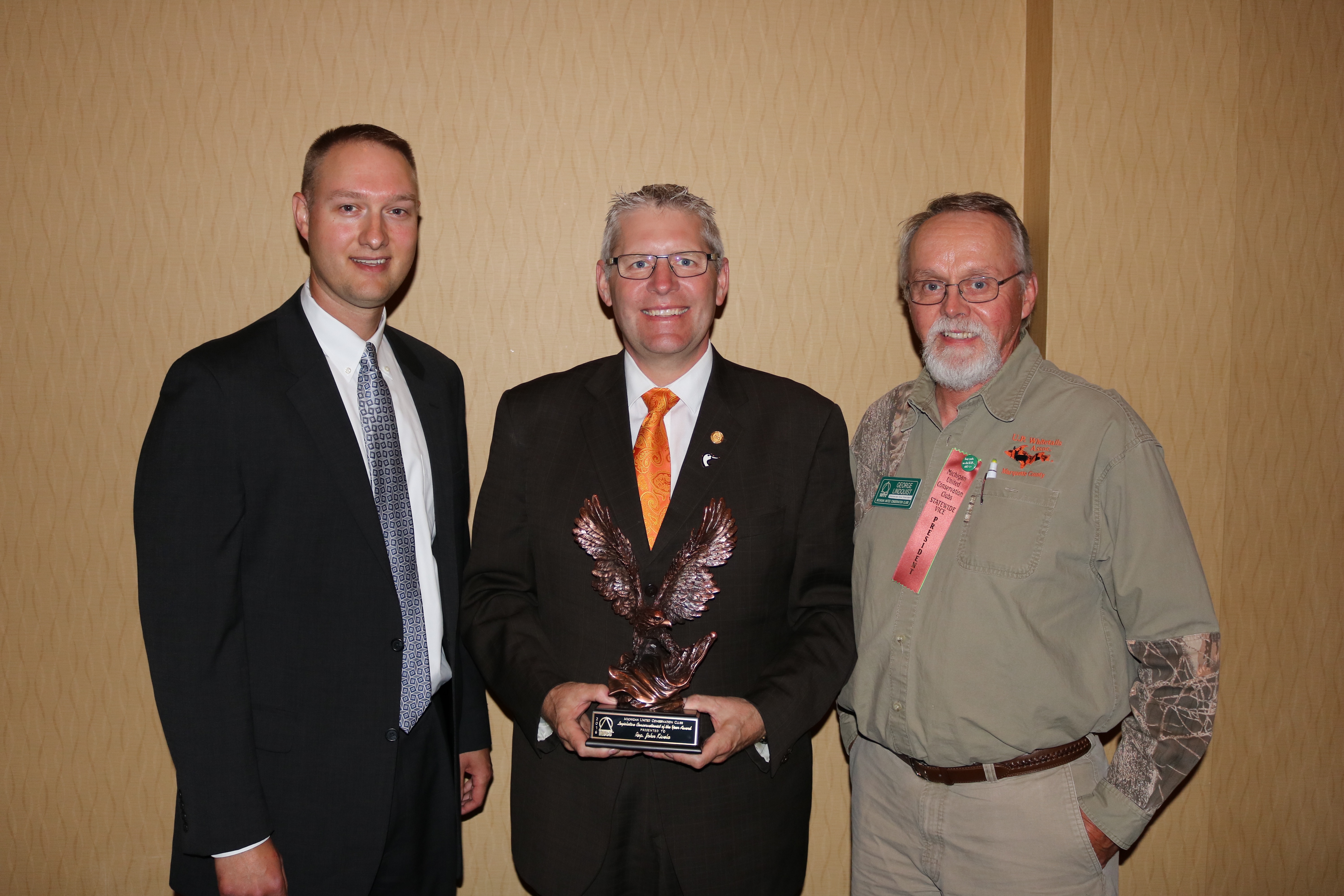 “Representative Kivela has made excellent use of his position as Minority Vice-Chair on the House Natural Resources Committee to advocate for wise use conservation,” said Dan Eichinger, executive director of Michigan United Conservation Clubs.

Rep. Kivela is the primary sponsor of House Bill 5146, which significantly increases the penalties for importing the carcasses of deer from Chronic Wasting Disease positive states and passed the House unanimously on May 17. He has also distinguished himself as a tough and diligent questioner of witnesses before the House Natural Resources Committee, including on Great Lakes fisheries issues.

As co-chair of the Michigan Legislative Sportsmen’s Caucus, he has helped to make it the largest of its kind in the nation by encouraging awareness and participation of hunting, fishing and conservation issues amongst his colleagues.

“We have come to know and rely upon Representative Kivela as a fair-minded legislator and willing partner on conservation issues,” said Eichinger.

Founded in 1937, Michigan United Conservation Clubs is the largest statewide nonprofit conservation organization in the country. Representing over 50,000 hunters, anglers, trappers and conservationists and over 250 affiliated local sportsmen’s clubs, its mission is to unite citizens to conserve, protect and enhance Michigan’s natural resources and outdoor heritage.