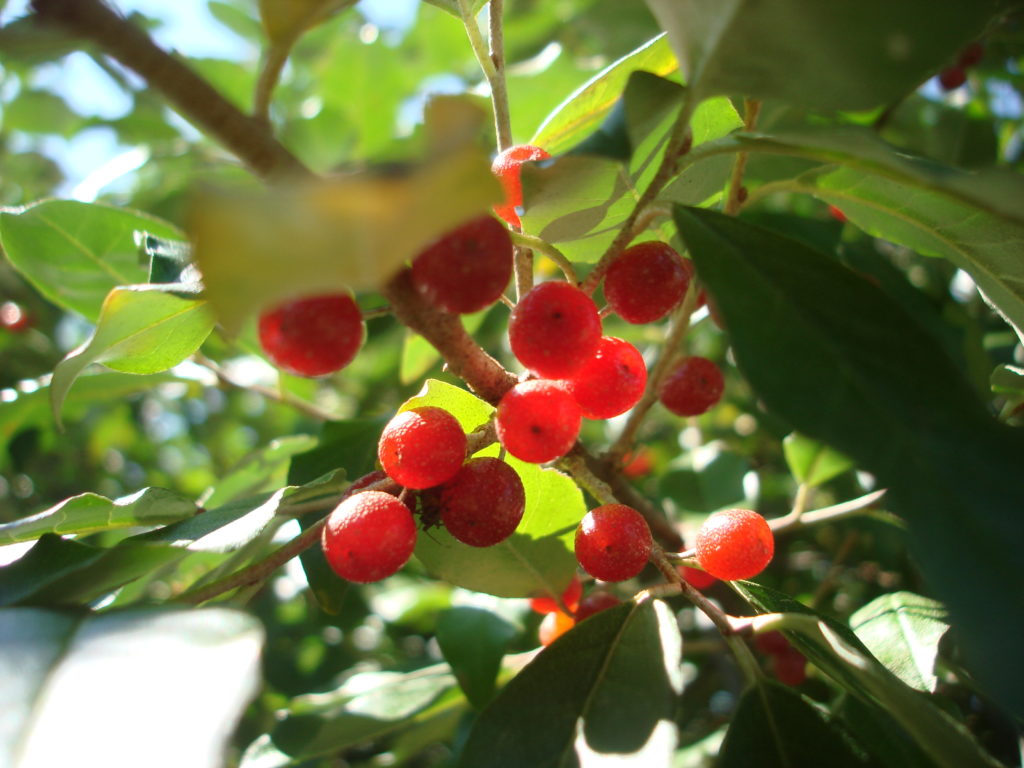 Authored by Erin Oakley
If you’ve driven down any highway in Michigan, you’ve seen autumn olive whether you knew it or not.
Native to Asia, autumn olive (Elaeagnus umbellata) was introduced to the United States in the 1830’s. Its purpose was an ornamental as well as use in creating wildlife habitat and erosion prevention. 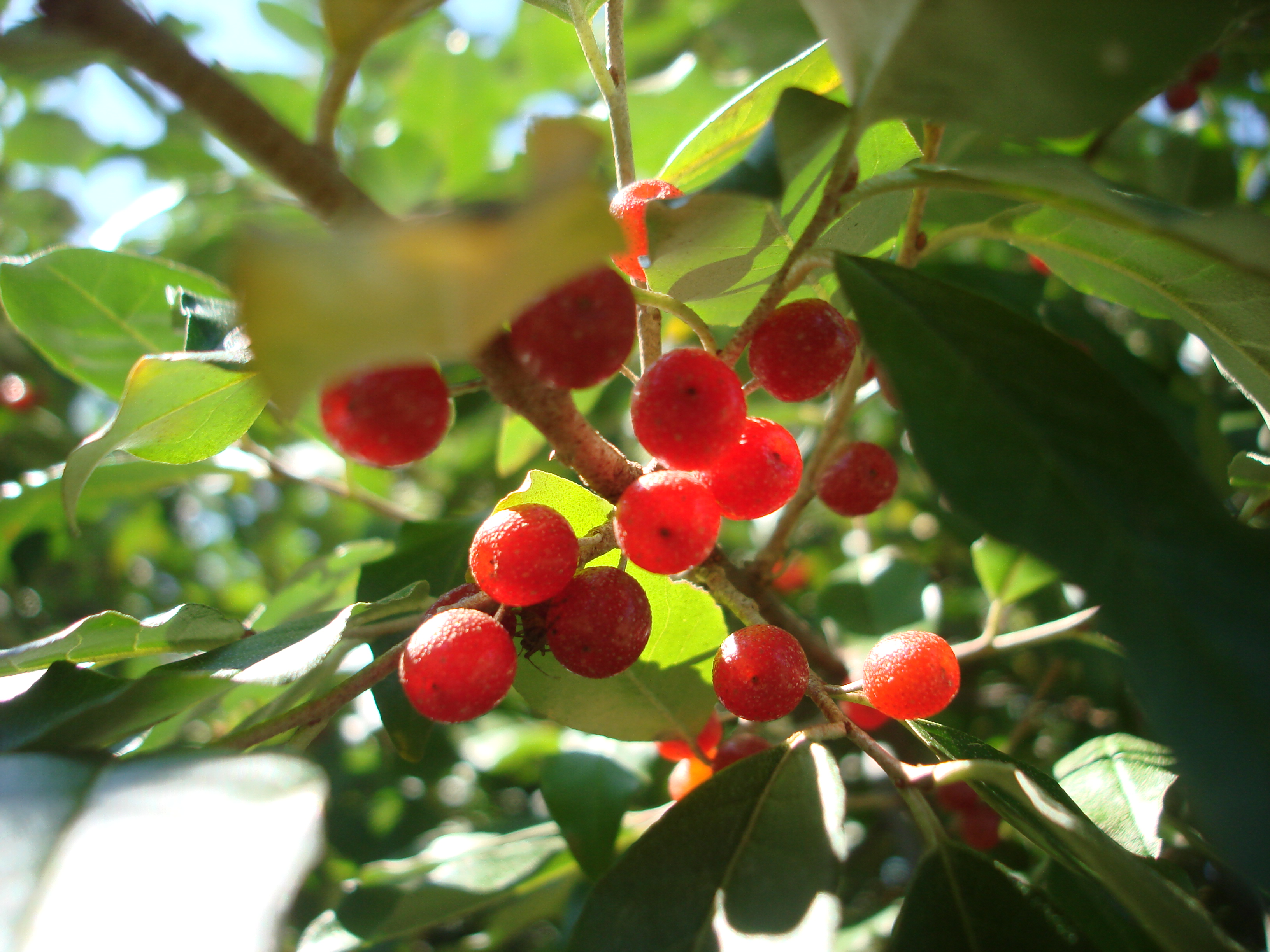 It matures quickly, coming to fruit bearing age in just three years. Autumn olive has oval leaves with a pointed tip, and wavy margins, the top is bright green while the bottom is a silvery green and are 2-4 inches long. Autumn olive fruit, which are red when ripe, are high in antioxidants and vitamin C, the seeds are often spread by birds and mammals causing this shrub to spread like crazy. The fruit stays on the shrub late into the winter and offers nutrients when all else is dead, unfortunately it also causes spreading at a more rapid pace. It thrives in full sun, but will still produce fruit in moderate shade, as well as many different soil profiles, making just about any place an ideal location for this invader to conquer.

The main problem with autumn olive is that it leafs out early and keeps leaves late into the fall, shading out other native plants, it can also grow 20 feet tall and 30 feet wide. It also has nitrogen fixing root nodules, meaning that it breaks down compounds into simple nitrogen, which causes problems because our native plants are adapted to survive with low nitrogen levels. Autumn olive can also increase the nitrate levels in bodies of water, especially rivers and streams, if it is close enough to the bank. Research  shows that it is not a victim of deer browse; it grows to approximately the same height in an exclosure as outside, while the native plants outside the exclosure are much smaller than those inside the exclosure.

Autumn olive is hard to get rid of as when it is cut or burned it it sprouts vigorously from the root crown (where the stem comes out of the ground). A mature shrub can produce up to 30 lbs. of fruit per year, with is over 66,000 seeds. The seeds have at least a 90 percent germination rate with a chilling period, but still have a 70 percent germination rate without the chilling period. Since the germination rate is so high it is often seen in large clumps, especially in highway medians. Once established in an area it is nearly impossible to get rid of it. If the plant is young, repeated pulling or cutting could control or at least slow it the growth, but this is mostly ineffective once established. When pulling up an autumn olive the roots must also come out to prevent resprouting. If the plant is cut or mowed an herbicide should be applied shortly after to prevent resprouting, mowing should also be done in open areas to keep seedlings at bay. Goats grazing can defoliate branches up to five feet, eventually causing the shrub to die. On large infestations of autumn olive herbicides can be used, but take into consideration the proximaty to water/wetlands, how it will affect native vegetation in the area, soil erosion, and if the selected herbicide is even effective on autumn olive.

This article was funded in part with funds from the Michigan Invasive Species Grant Program through the Departments of Natural Resources, Environmental Quality, and Agriculture and Rural Development