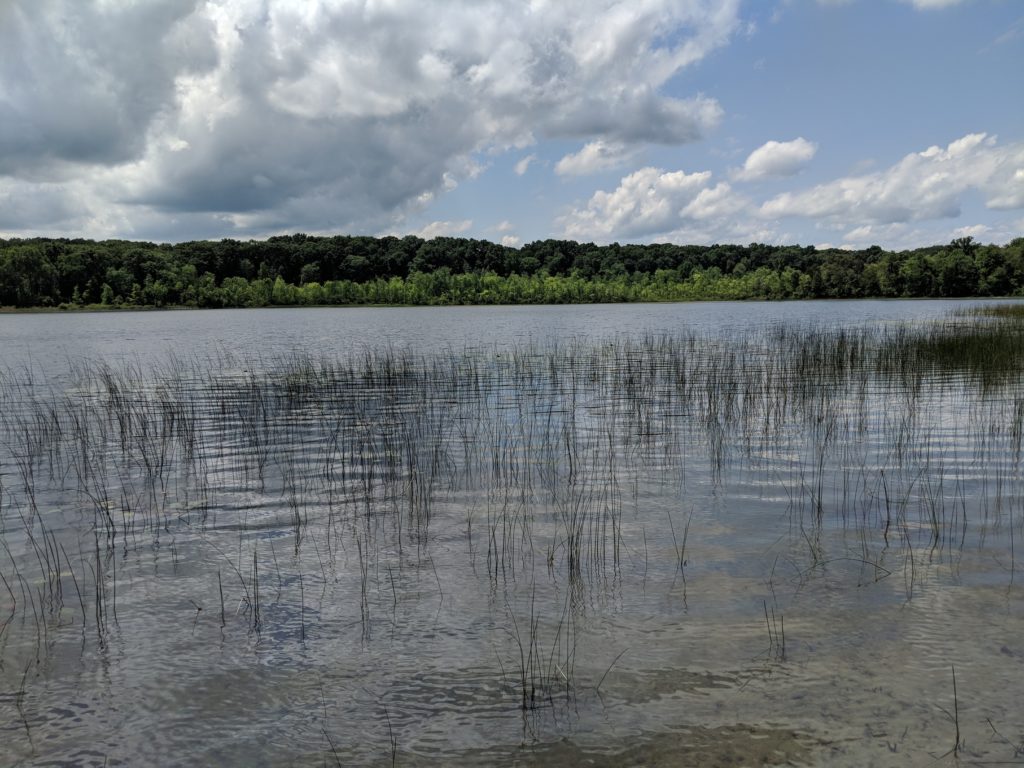 Just like that, after 40 days of controlled chaos, Cedar Lake is once again quiet.  Soon the animals will return to the camp property. With no campers, summer camp becomes just another part of the forest. With the final week of campers in the books, this is going to be another memorable summer.  Our oldest group of campers joined us in week 5 and we were filled to capacity for the 2nd week in a row with 82 kids registered!  These kids ranged in age from 12-16.  The campers this week we’re taking part in five different program themes.

Twenty campers who were participating joined us in our Hunting Heritage program.  These campers spent time on the .22 and archery ranges and had a field trip to the Chelsea Rod and Gun club where they learned to be trap shooters.  They spent time learning about waterfowl hunting and learned how to safely set up and enter their own tree stands.  This program also focused on wildlife identification and management and aging deer by their jawbones was a popular session on the fourth day.

The Riley Advanced Wilderness Camp was here this week as well.  These are the older group of kids who are sponsored by the Riley Foundation and SCI-Novi.  We were joined by 30 campers many having their first meaningful experiences in the outdoors.  They followed a similar program curriculum as the Hunting Heritage campers, but for many of these kids shooting a bow and interacting with wildlife was a brand new experience. 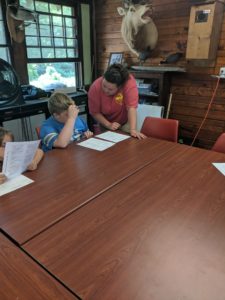 Our primitive skills group learned about wilderness survival, and why it is important. They spent time learning skills like fire starting and plant identification.  They also spent time on both of our archery ranges and learning about invasive species in Michigan.

The Stewards in Training (SIT) campers climbed steep hills and trekked through tall grasslands over the course of their fifteen-mile backpacking hike to Green Lake.  SIT campers were also given an additional challenge of cooking their food over a fire and setting up their own campsites.  It was a bit rainy for the trip but the campers still found ways to entertain themselves, like signing songs on the trail. After the backpacking trip, they were pushed to their limits when tasked with crossing the high ropes course where they spent the day working together and learning from each other.

The final program for the week was the Counselors in Training (CIT) program.  CITs are campers who are interested in growing into future staff members by taking on leadership roles throughout the week.  CITs helped lead other campers through Leave No Trace activities, planned and presented skits and songs at the campfire, and learned what being a summer camp staff member is really like.  We are extremely grateful for their help throughout the week and hope that some of them will be back as staff members in the future.

With all of the campers and staff safely home and another season in the books, the 2018 season was one we will not soon forget.