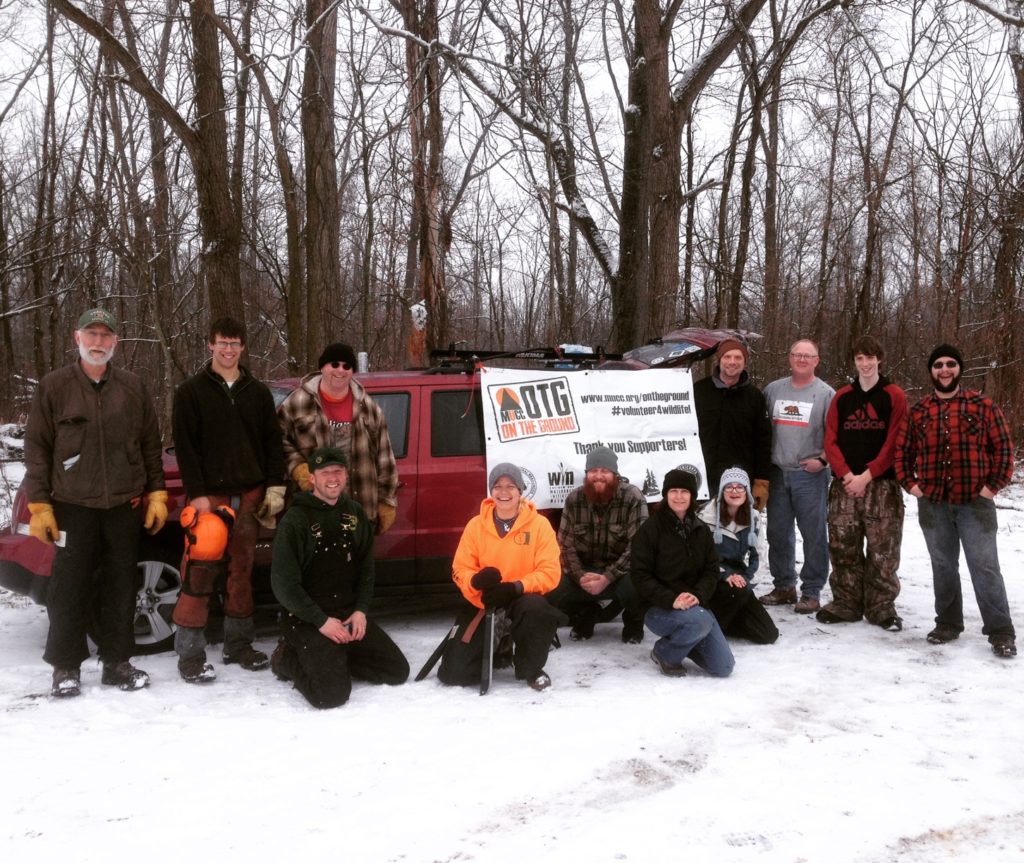 Last weekend, volunteers built ten new brush piles at the Fulton State Game Area. This is the third year that volunteers with MUCC’s wildlife habitat program have improved rabbit habitat in the area. It is part of Fulton SGA’s Wildlife Management plan to have volunteers build fifty brush piles over a ten-year span in areas designated by the regions Wildlife Biologist, Mark Mills. That means just five brush piles a year need to be built; our hard-working volunteers have built ten or more each project! 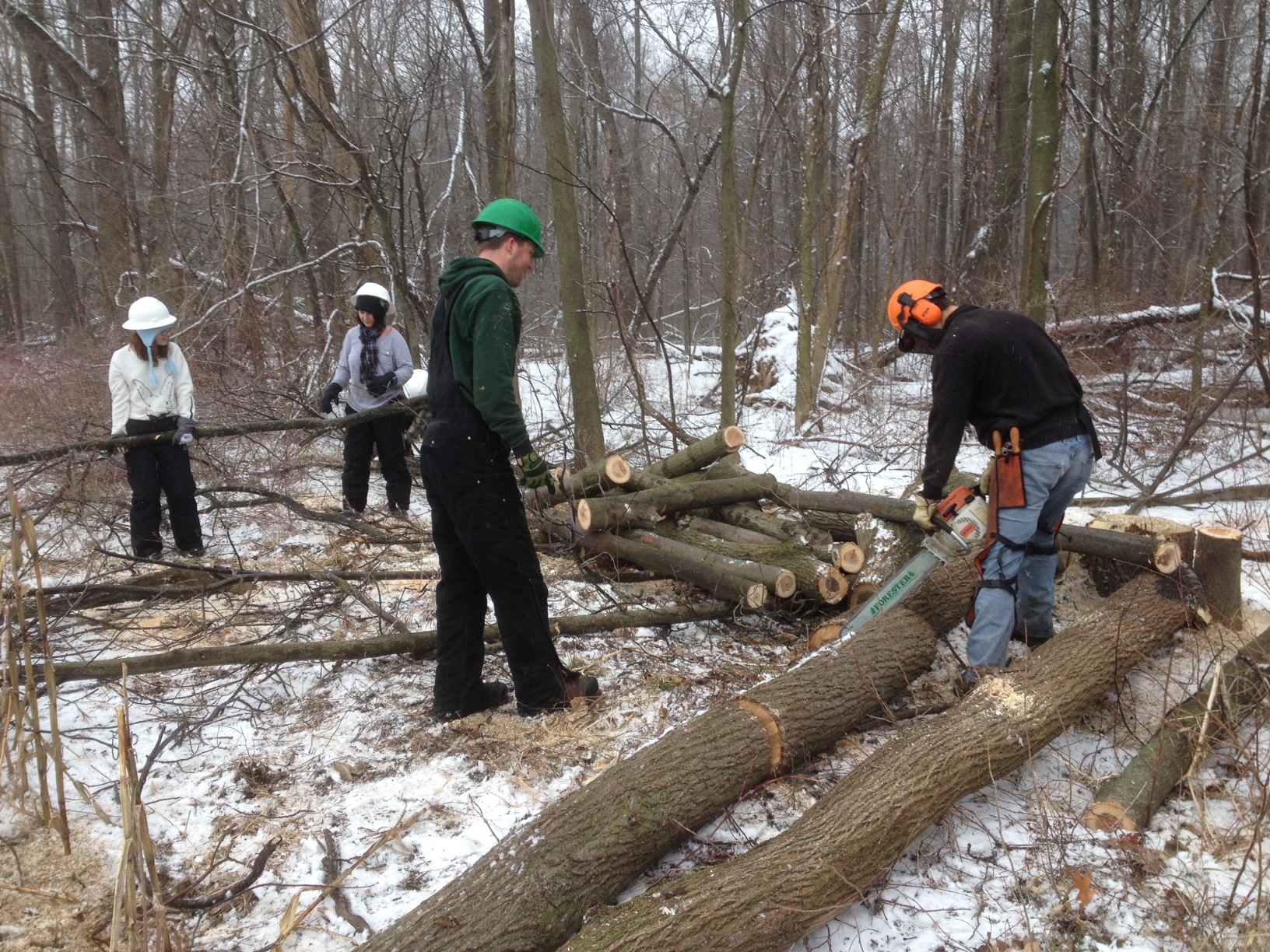 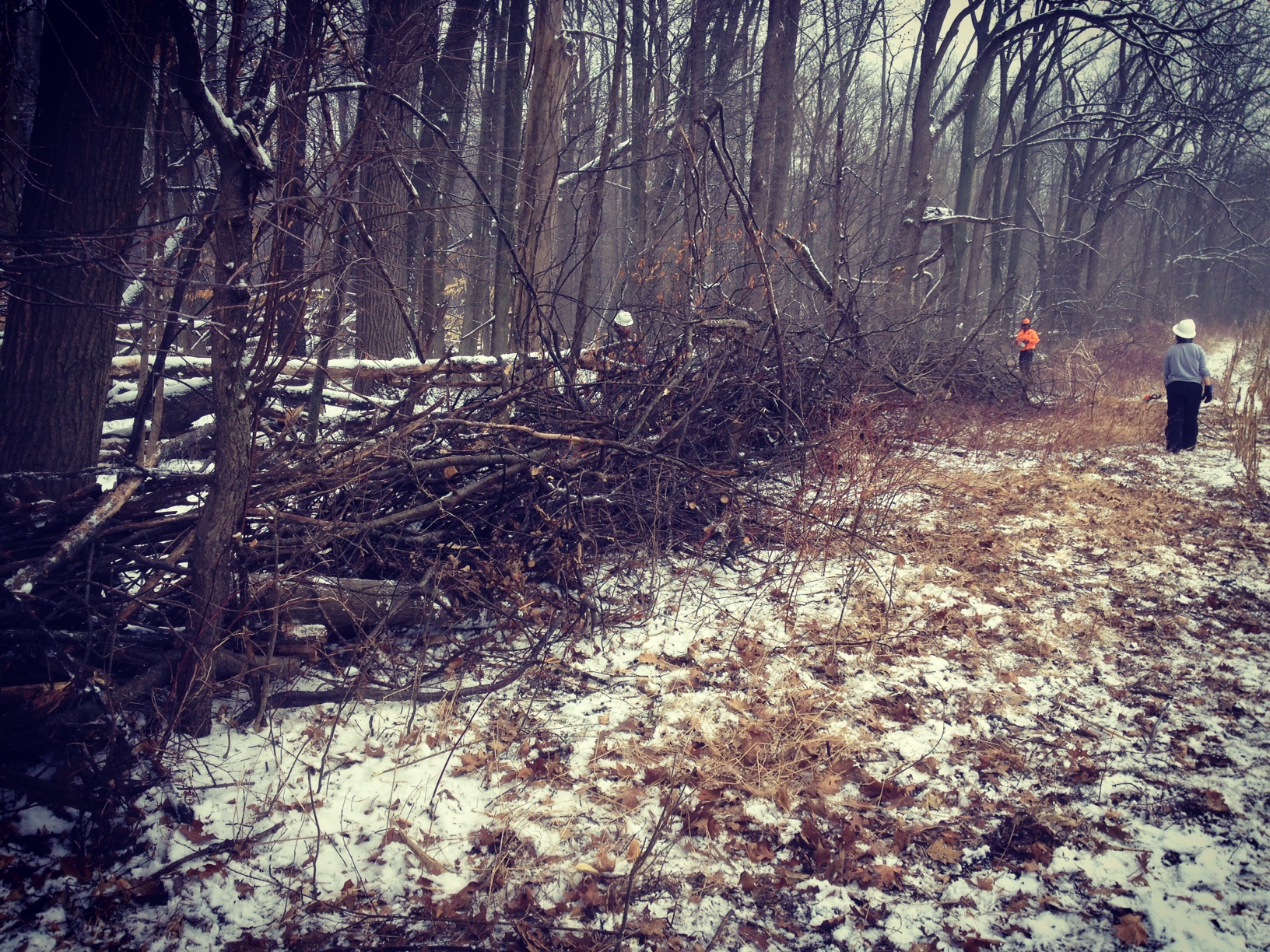 Volunteers Steve Waksmundzki and Larry Radke have attended projects with OTG in the Fulton SGA each year. Steve hunts the area for rabbits often with his beagle and has had a lot of success. These projects have been great opportunities for public land users, such as Steve and Larry, to help ensure the stability of the populations of species they hunt both by improving habitat and hunting as well. Not only do they know how to build great brush piles, but they know exactly where the best piles are located and where to hunt next season! We’ve also been joined by local boy scouts on these project. This year, Tyler Sands from Boy Scout Troop 253 out of Vicksburg, MI attended the project with his Dad. Tyler plans to coordinate a rabbitat event this summer for his Eagle Scout project. 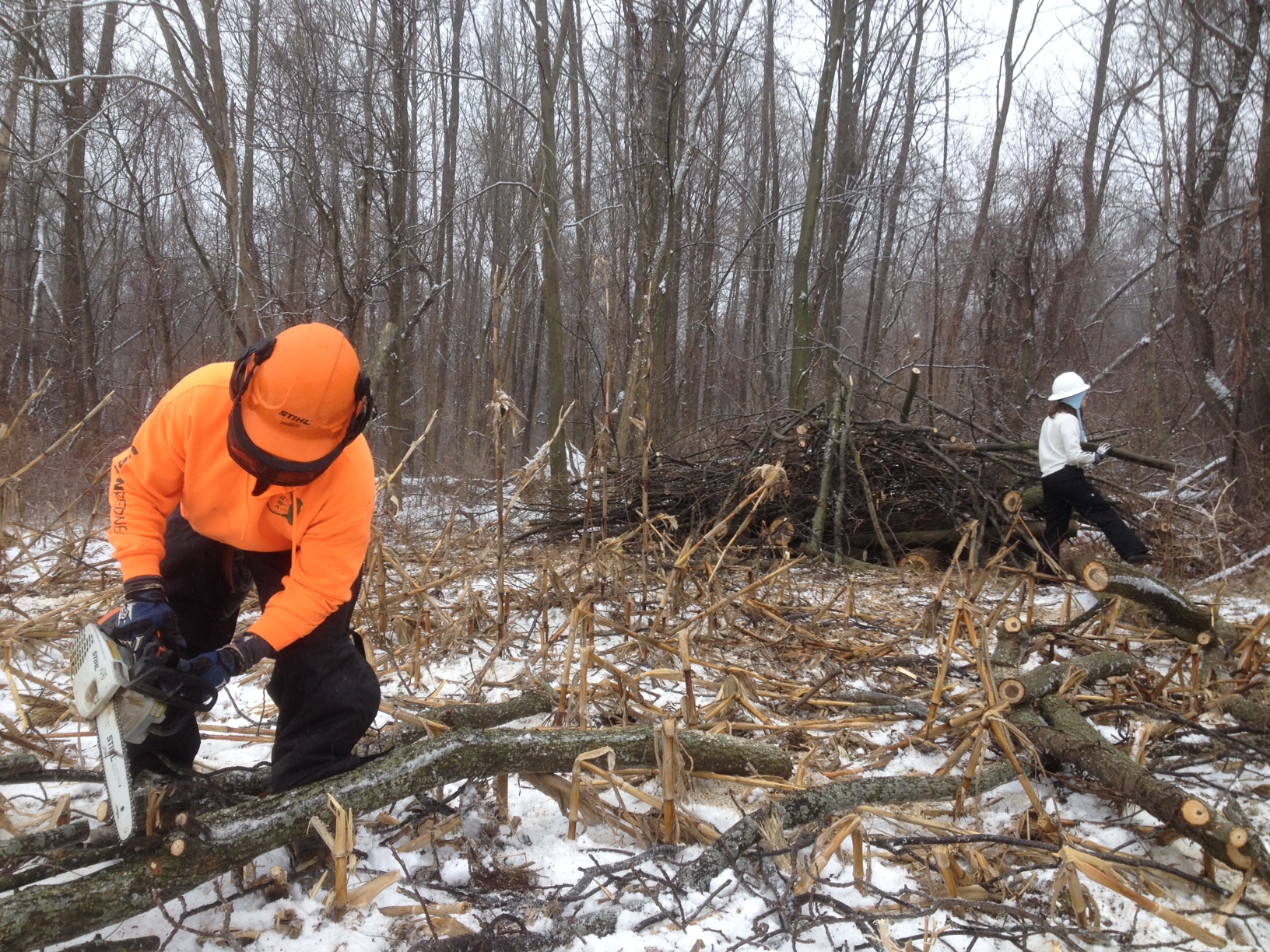 Not all of our volunteers are hunters, though. Last weekend, a family from Kalamazoo spent their Saturday cutting trees and stacking brush just to get outside. Hans Korendyke, who was accompanied by his wife (Jill) and daughter (Ashley), works for an Architect & Engineer company called TowerPinkster. Hans has worked on buildings and structures all over the state, including Northern Michigan University’s Superior Dome. Another volunteer, Ben Giese, traveled from Battle Creek to attend the event for part of a project for one of his classes at Western Michigan University. Ben made time to volunteer for wildlife even on his way to meet friends at the airport in Chicago; what a great pit stop! 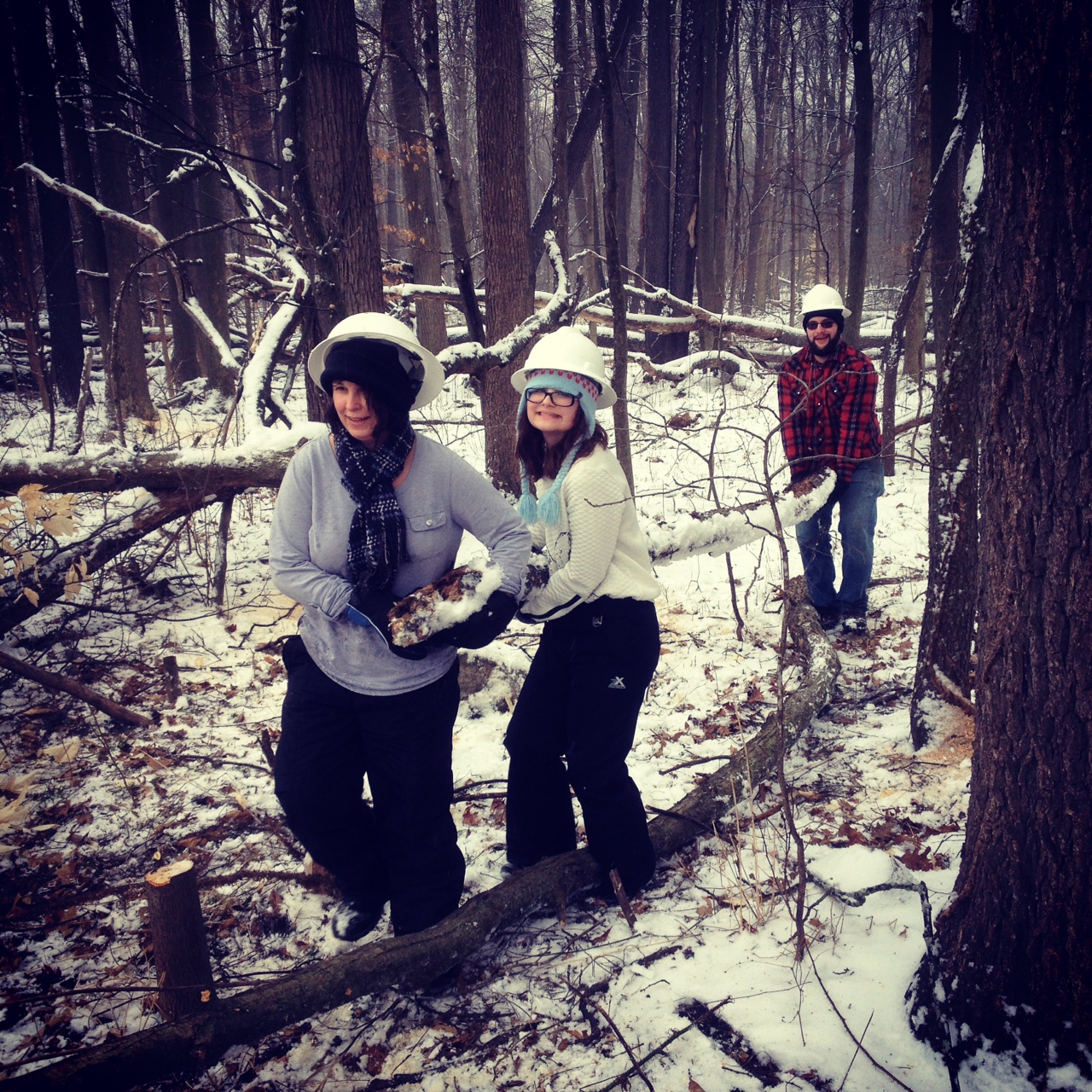 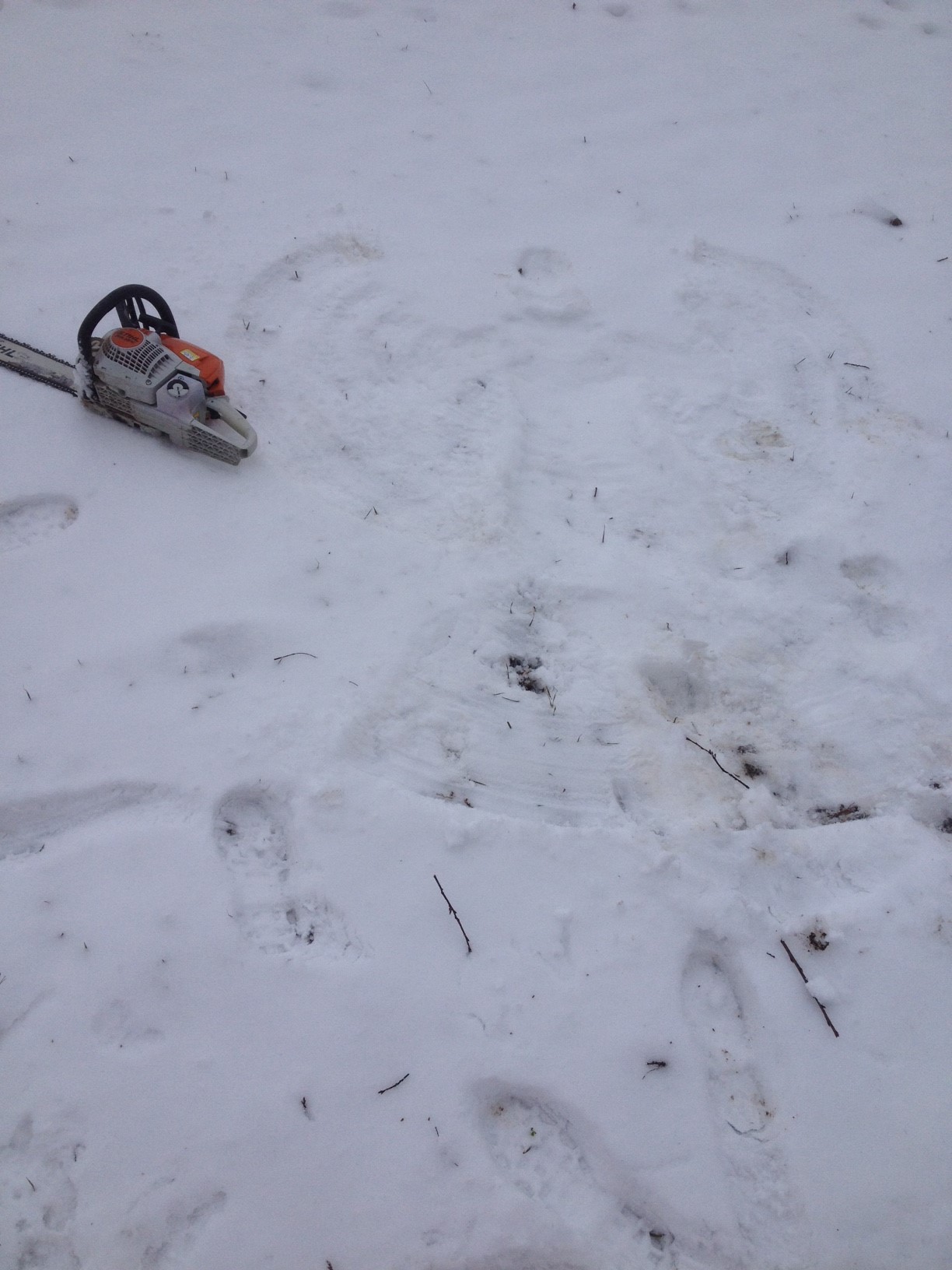 Despite the 30-degree weather and light rain, volunteers kept warm and jackets became quickly unnecessary once we started stacking tree trunks and brush. The complimentary donuts from Mark helped too! Volunteers enjoyed lunch and conversation after the work was done. Mark explained the bigger picture of the benefit of these habitat projects and provided insight on future forest management plans for the areas adjacent to the brush piles. It’s always a great time to get to know everyone’s different backgrounds, interests, and things in common as well. After lunch, Bethy Williams and I walked another few miles through brush and checked old brush piles for rabbits at a nearby project site; no luck, but it was still a successful day. 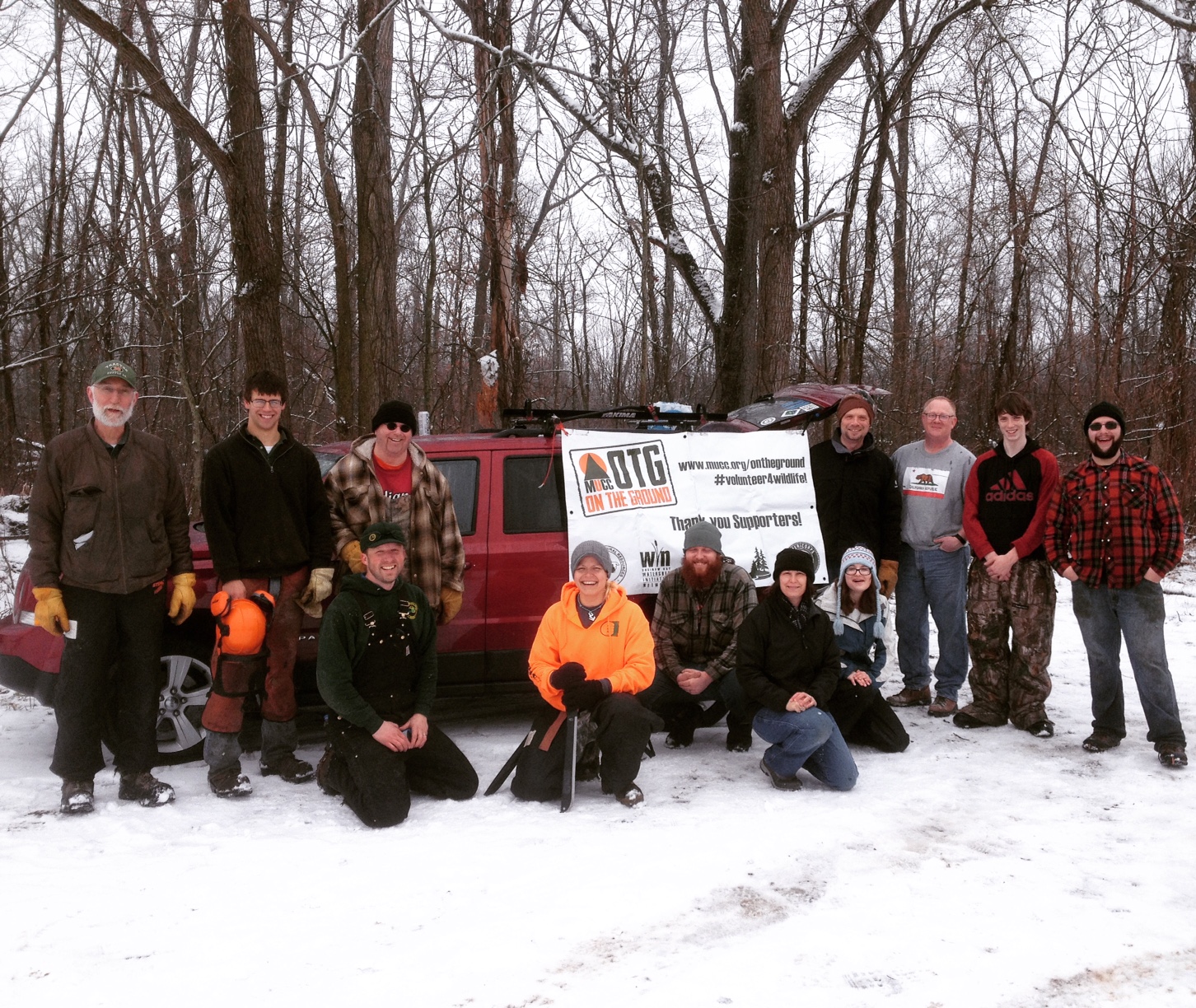 Next up is Crane Pond SGA’s Annual Youth Rabbit Hunt on March, 19th. I’m looking forward to attending the event and providing subscriptions to MUCC’s Tracks Magazine to participants. Guides will be taking groups of youth hunters to areas where volunteers have previously built brush piles in the area to hunt rabbits. This year, we will be planting trees in the Crane Pond SGA on Saturday, April 23, 2016; see more details and RSVP here!