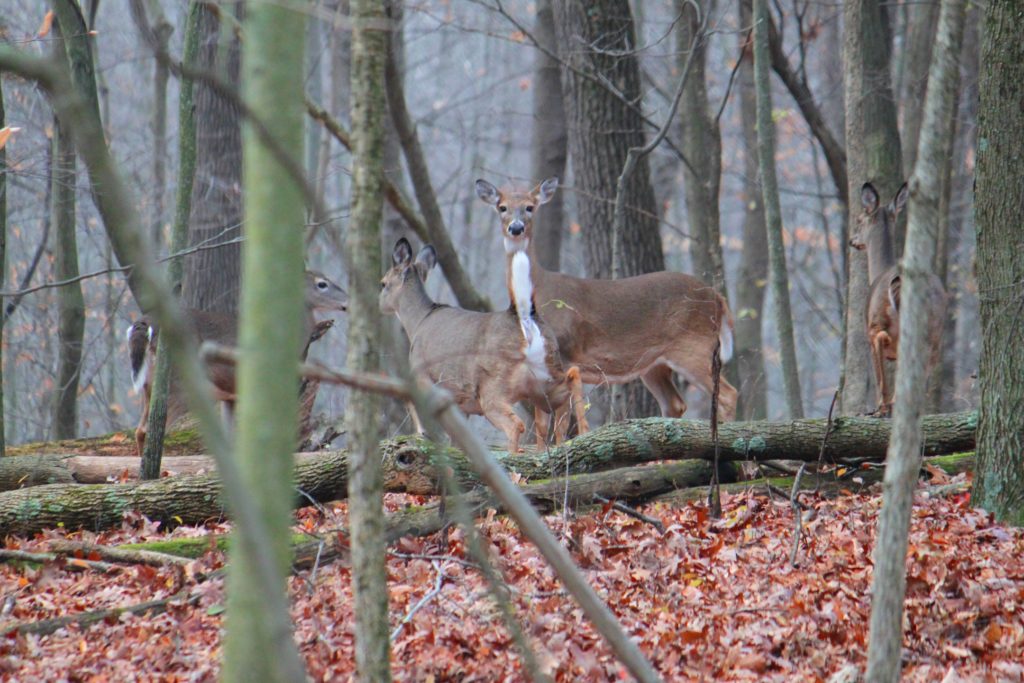 While deer regulations are normally brought before the NRC on a three-year cycle, they have recently been brought up annually to address disease management. The proposed rules were presented in Wildlife Conservation Order (WCO) Amendment No. 8 of 2020 and are intended to clarify deer regulations to better meet the Department of Natural Resources’ (DNR) management goals. This was also the final meeting for NRC Commissioners Chris Tracy and Louise Klarr, unless reappointed by Gov. Whitmer. The NRC meeting was recorded on an online platform.

NRC members decided to continue to hear public testimony regarding these new deer regulations and several proposed amendments until the February meeting. It is likely that two new commissioners will be seated for the January meeting and will be able to hear testimony on these important issues prior to a vote in Feb., 2021.

Michigan United Conservation Clubs (MUCC) has provided testimony on all of these rules and will continue to be actively involved with the DNR and NRC as this rule-making process moves forward, said MUCC Executive Director Amy Trotter.

“We appreciate the NRC Commissioners’ willingness to hold off on taking action on these new rules,” Trotter said. “This will give plenty of time for members of the public to offer their input on the rules and amendments in January and February.”

Once again, public comments were dominated by comments surrounding the recent removal of wolves from the federal Endangered Species Act. Many individuals also offered comments on the proposed deer regulations. MUCC encourages members of the hunting public to be an active voice at the NRC meetings moving forward.

The only action items were a number of land transactions including actions in Kalkaska, Charlevoix and Ontonagon counties. All transactions were signed. A full list can be found on the NRC agenda.

The proposed changes may be viewed holistically from the DNR or in brief from MUCC.

Three members of the NRC have also offered four amendments to the proposed rules, which were linked in the NRC agenda. These amendments deal with rescinding the proposed removal of the “hunter’s choice” program in the U.P., rescinding the proposed use of crossbows during the late U.P. archery season, archery hunting for antlerless deer and regulations created as a part of a Michigan State University study to evaluate the impact of APRs on chronic wasting disease. Each of these NRC members will continue their service on the commission, so it is likely that these amendments will be revisited in the new year.

It is important to note that any changes to the deer hunting license structure, and therefore the electronic licensing system, must be made by March.

Finally, MUCC thanks NRC Commissioners Tracy and Klarr for their service on the commission. We appreciate their time and consideration of a number of different issues over the course of their tenure.

The next meeting of the NRC will be held on Jan. 14, 2021 and will take place virtually.

Posted in Policy, Uncategorized and tagged Conservation, deer, DNR, Hunting, NRC, policy
← Project Preproposals Being Accepted for $1.85 Million in Fisheries Habitat GrantsSo long and farewell from On the Water →