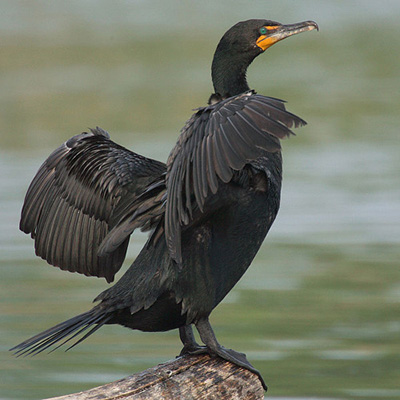 MUCC Executive Director Testified on the Effects and Mismanagement of Cormorants

This afternoon, Michigan United Conservation Clubs Executive Director Dan Eichinger testified in front of the House Committee on Natural Resources about the organization’s consistent and unwavering dedication to the change of management techniques related to the Double Breasted Cormorant in Michigan.

Eichinger spoke in U.S. Congressman Jack Bergman’s, R-Watersmeet, First District to the committee and expressed the organization’s deep concern with how cormorants have recently went unmanaged in the state and the devastation they are creating on our $5-plus-billion sport fishery.

“The issues pertaining to the management of the Double-Crested Cormorant (cormorants) have been the subject of numerous policy resolutions from our members,” Eichinger said during testimony. “All have focused on using a variety of tools to better bring the recovered population of cormorants in the Great Lakes into balance with other important and vital wildlife and sportfish populations.”

“The question about cormorants is not binary, we need not choose between either having cormorants or not,” Eichinger said. “What we hope to accomplish is a population of cormorants that is balanced in a way that the valuable ecological services they provide are situated in balance and harmony with other vital resources, like our sport fishery.”

Michigan United Conservation Clubs will continue to work on the issue of cormorant management. Eichinger and staff look forward to working with our congressional delegation, Michigan Department of Natural Resources, USDA Wildlife Services and the U.S. Fish and Wildlife Service to help create a balance between the bird that was once almost extinct and is now so abundant that it is detrimental to the state’s vital sport fishing industry.

Posted in Policy
← MUCC Executive Director Testifies at “Examining Effects of Mismanagement of Cormorants in the Great Lakes Region”NRC Recap, Minus CWD →