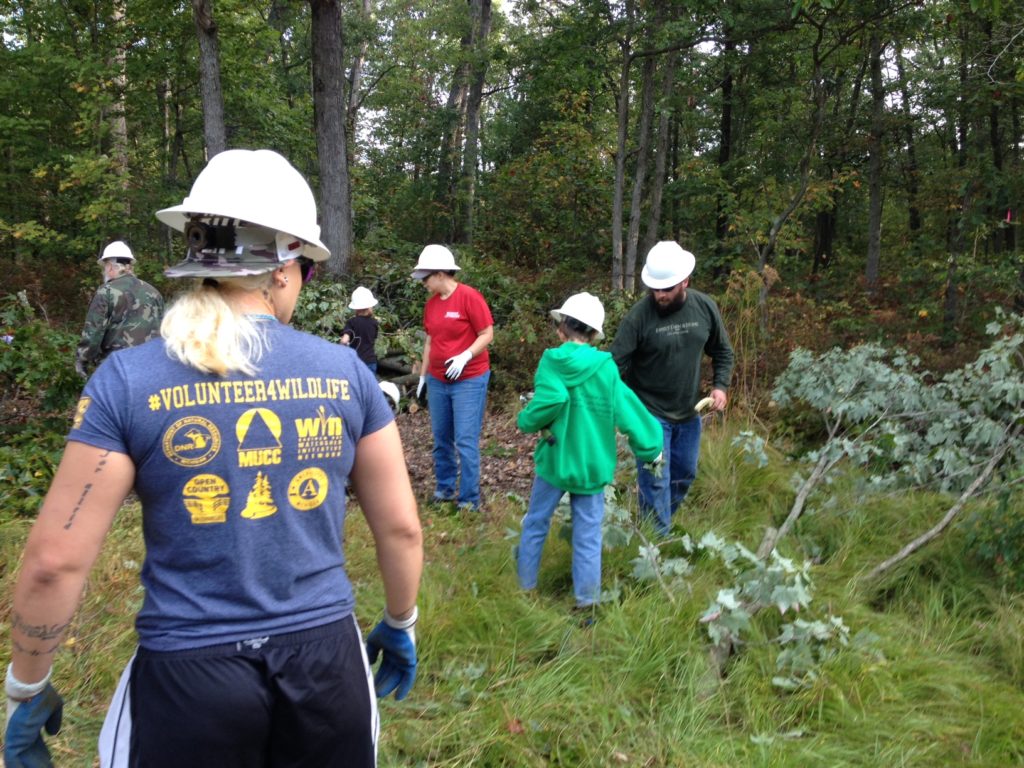 MUCC’s Wildlife Habitat Improvement Program, known as On the Ground (OTG), is beginning its 5th year of wildlife habitat improvement projects in collaboration with the MDNR.  Upcoming this Saturday, volunteers will be continuing wildlife habitat work in the Allegan State Game Areas Fennville Farm Unit. For the past 4 years through a total of 6 projects in the Allegan SGA, volunteers have been cutting aging aspen trees of several stands to allow regeneration of young aspen. This site has been showing great regeneration from opening areas up by felling selected trees to allow more sunlight to hit the undergrowth. 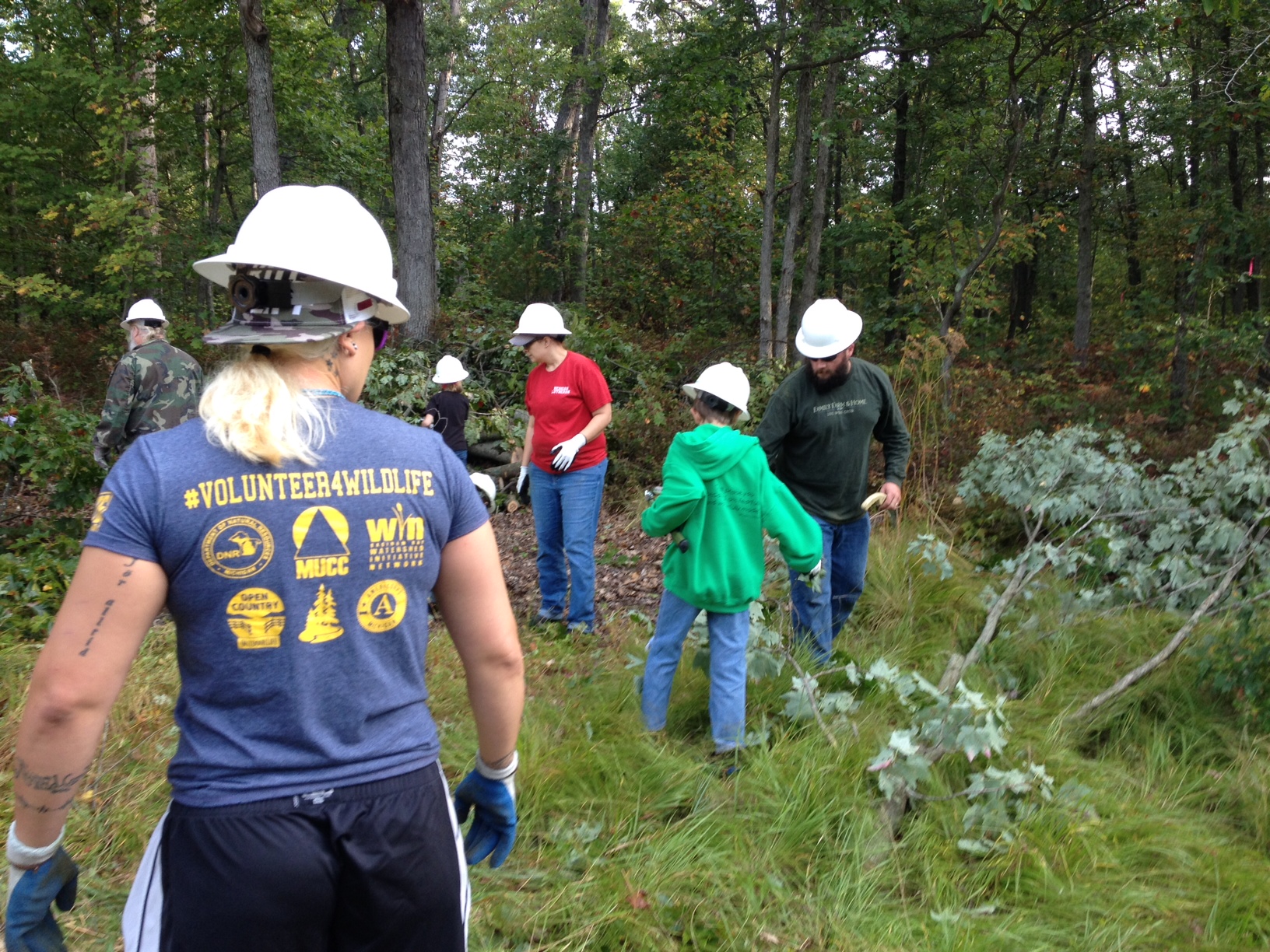 The area’s DNR Wildlife Biologist, Mark Mills, and DNR Wildlife Technician, Mike Richardson, have been more than supportive of these projects in the Southwest Region State Game Areas including Allegan SGA, Fulton SGA, and Gourdneck SGA. Volunteer turnout in this area ranges from 15-25 volunteers at a project including MUCC members, college students, local public land users, hunters, Boy Scout groups, and people just wanting to get outside for the day. 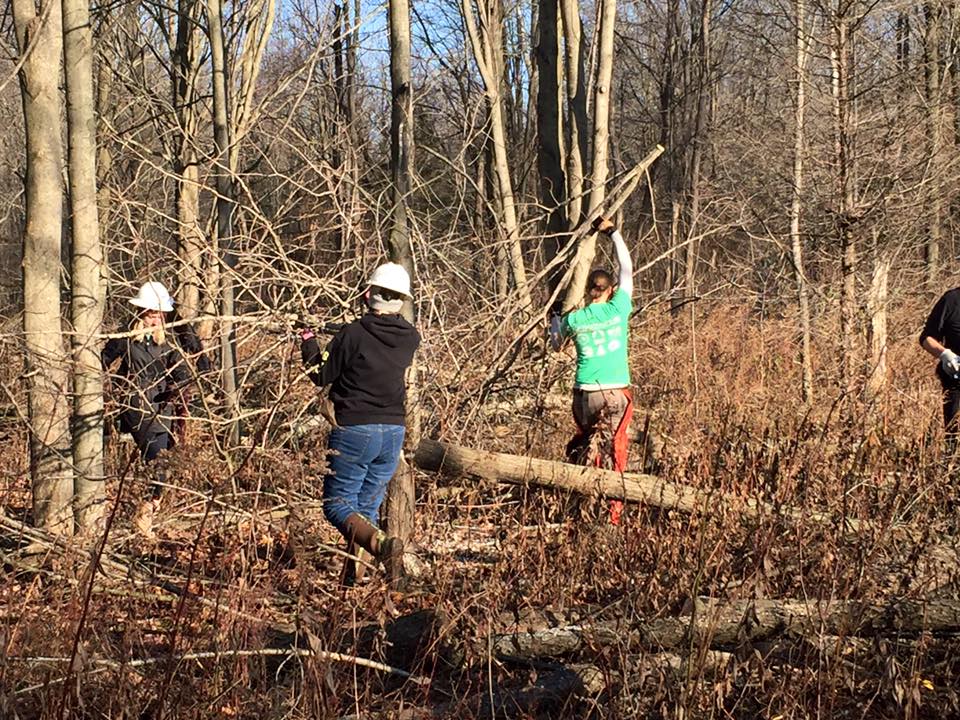 The Allegan State Game Area has stood out to me as a unique piece of public land and I have had several opportunities to improve its various habitat types. The Michigan DNR created the Allegan SGA in 1964 by combining the Allegan State Forest, the Swan Creek Wildlife Experiment Station, and the Fennville State Game Area. Comprised of 50,000 acres, the game area is located in the oak and pine dominated sandy lake plain ecosystem of west-central Allegan County between Allegan and Fennville, about 10 miles east of Lake Michigan. 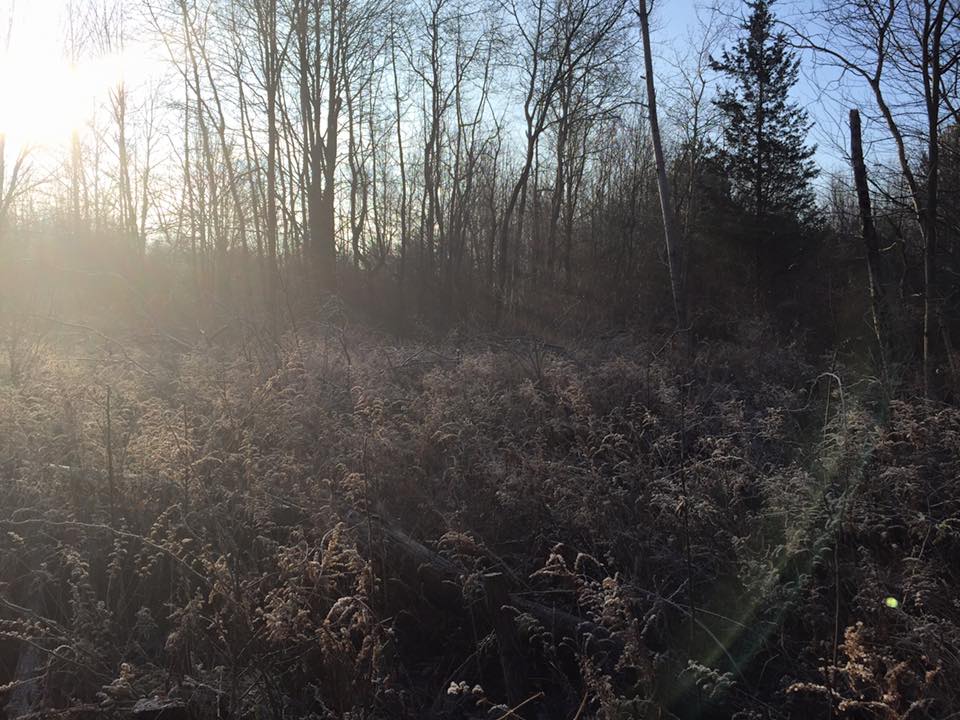 The uniqueness of this area is not limited to its habitat types, but also its history. “The Department of Natural Resources reintroduced wild turkeys into the state in 1954 on the Allegan State Game Area. In November of 1965, after the establishment of a stable flock, the first modern-day Michigan season for wild turkeys was held. Hunting for turkeys now takes place each year.” Thank you, Allegan SGA for our Spring and Fall turkey hunts! 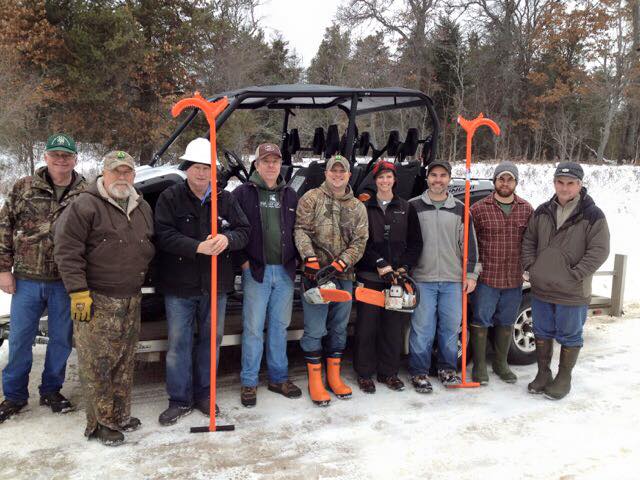 Allegan SGA will be the only wildlife habitat project scheduled for this December, but there are plenty more opportunities coming up in January 2017 and throughout the Spring. After the New Year, we are hosting Chuck Oslund at MUCC for the third year in a row to teach his Chainsaw Safety Course; the roster for this class has already filled up! On January 14th, Tyler Sands of Boy Scout Troop 253 will be hosting a rabbitat project in the Gourdneck State Game Area to complete his Eagle Scout project-see more details and RSVP here.  On January 28th, we will be restoring snowshoe hare habitat in the Grayling State Forest for the fourth year in a row; details to be determined soon. See more upcoming events at www/mucc.org/ontheground and RSVP to volunteer for wildlife!