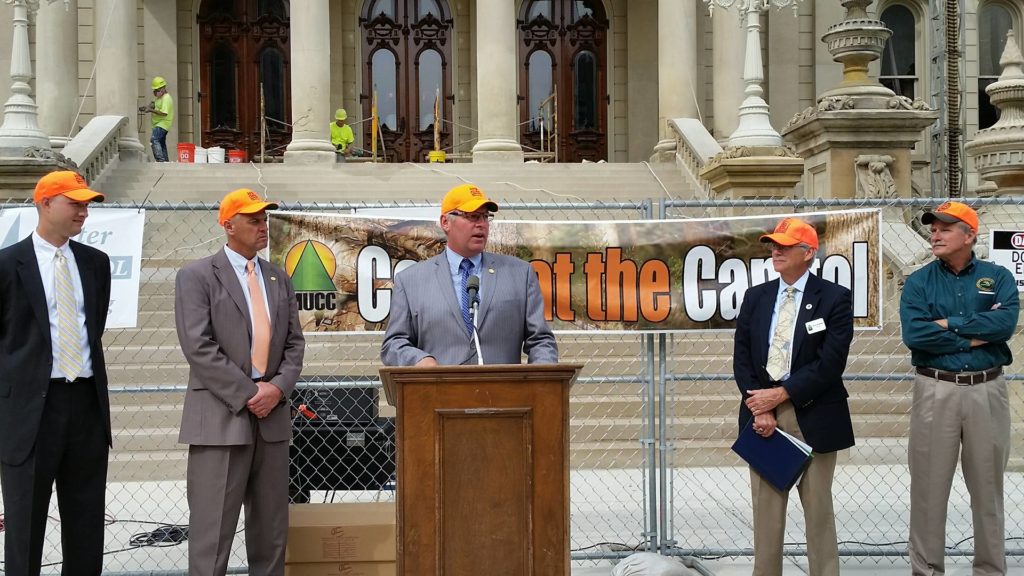 A couple weeks ago, MUCC members and affiliate clubs gathered at Camo at the Capitol to lobby for our natural resources and hunting rights, including legislation to crack down on poaching and improve hunter access. Just two weeks later, that legislation is already on the move and another bill is about to be introduced to protect Great Lakes fisheries.

On September 9, Michigan United Conservation Clubs members and affiliate clubs, including many of those in the Conservation Coalition, met at the State Capitol in Lansing to advocate for public lands, stiffer poaching penalties, improved hunter access and protecting Great Lakes fisheries. 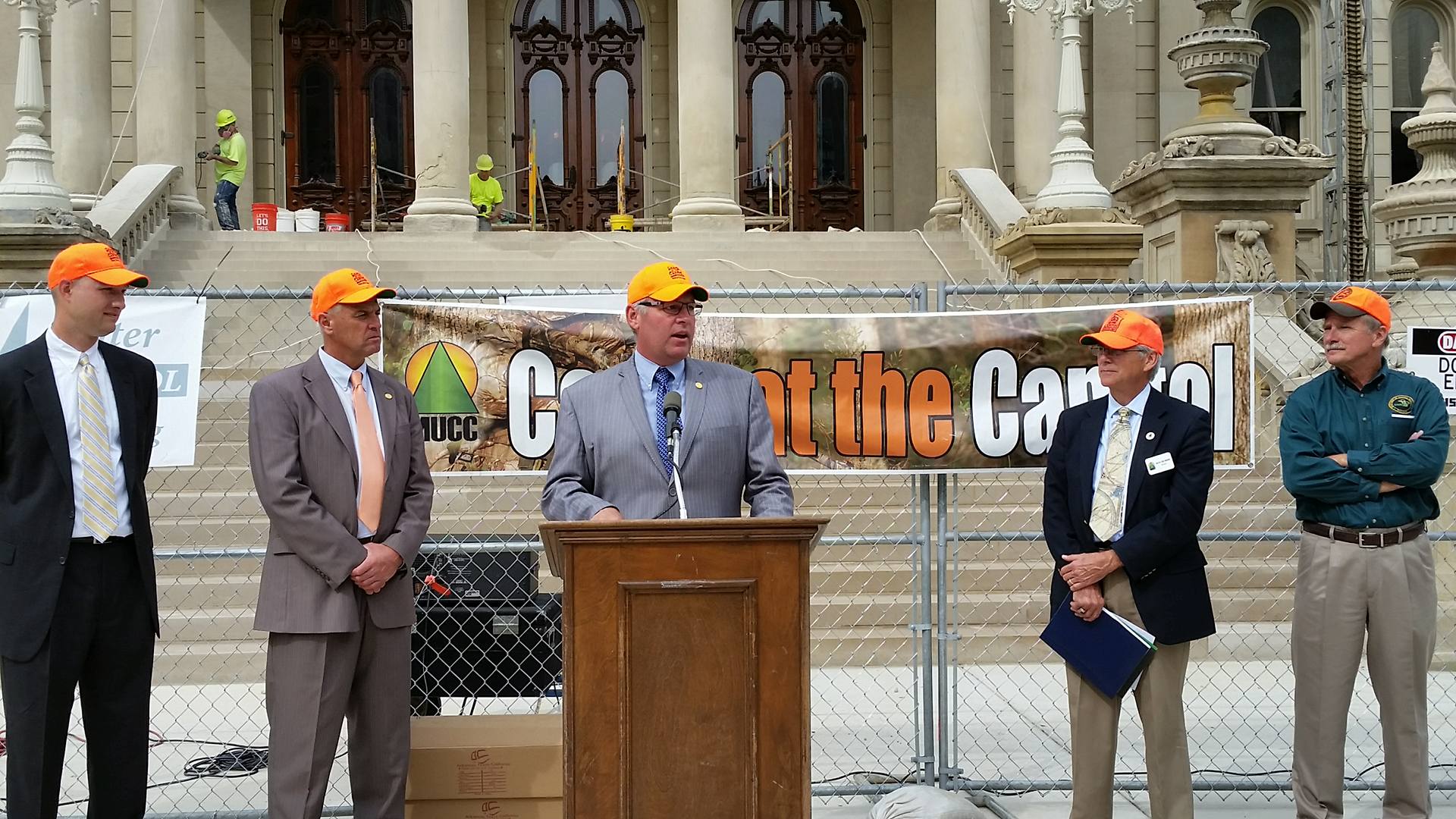 Two legislative packages which originated as MUCC member resolutions were in committee that day.

House Bill 4239, which allows hunters with disabilities to hunt from personal assistive mobility devices. In the Senate Outdoor Recreation and Tourism Committee, this bill was amended to also eliminate the 150-yard hunting safety zone around buildings for trapping and bowhunting, which was a 2015 MUCC Policy Resolution and approved unanimously following testimony from Tom Jones of Michigan Operation Freedom Outdoors, Dale Hendershot of the Michigan Trappers and Predator Callers Association, Dean Hall of the Michigan Bow Hunters and MUCC Executive Director Dan Eichinger.

Senate Bills 244-246 increase poaching penalties and restitution fees for elk, moose, bear, waterfowl, turkeys, eagles and hawks; this package originated as a 2015 MUCC Policy Resolution. The poaching package had already passed the Michigan Senate unanimously, and it was up for testimony in the Michigan House of Representatives Committee on Natural Resources. Carol Rose of the Montmorency County Conservation Club, Jim Pryce of Tri-County Sportsmen’s Club, Mike Thorman of the Michigan Hunting Dog Federation, and I all testified in support of the bill, which was also amended to increase the fine for setting an illegally-constructed snare. On Tuesday, the committee reported the bill to the full House for a vote.

And just today, Senator Rick Jones issued a press release that he is introducing legislation to ban commercial cage culture aquaculture facilities in the Great Lakes and connected waters, another Camo at the Capitol priority based on a 2015 MUCC Policy Resolution. 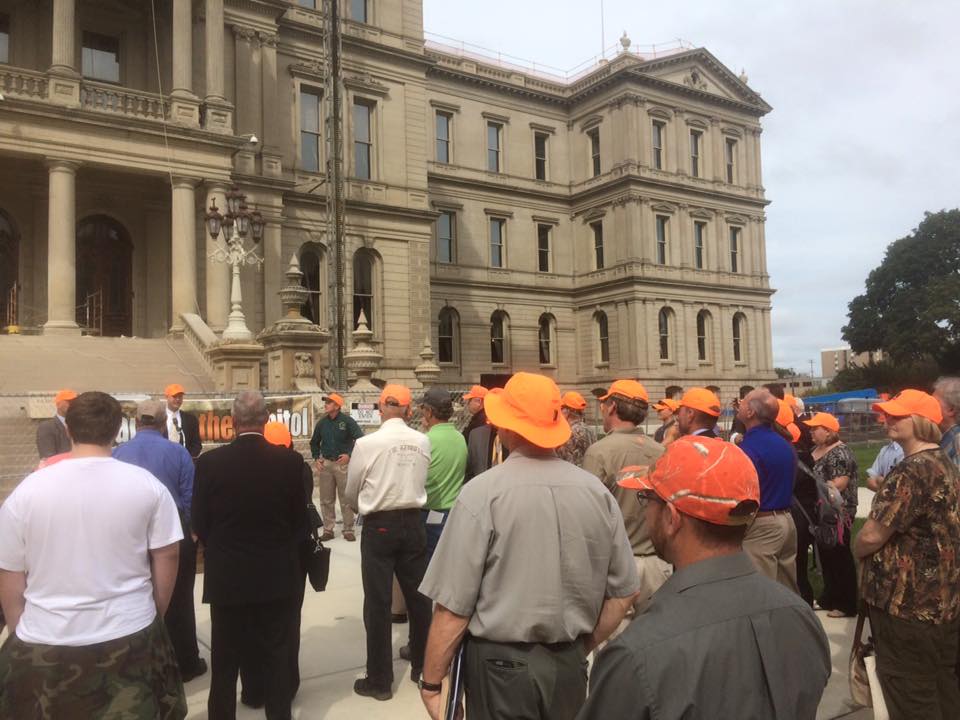 If you ever wondered about what Michigan United Conservation Clubs does, this is right at the heart of it. Our members, representing the hunters, anglers and trappers of the state, formulate ideas and adopt resolutions through our grassroots policy-setting process about ways to conserve, protect and enhance our natural resources and outdoor heritage. MUCC then works with decision-makers, like the Natural Resources Commission, the DNR and the Legislature to see those ideas into on-the-ground realities.

You can join Michigan United Conservation Clubs by clicking here. As a member, you can introduce your ideas as policy resolutions. The next bill we pass just might be yours!