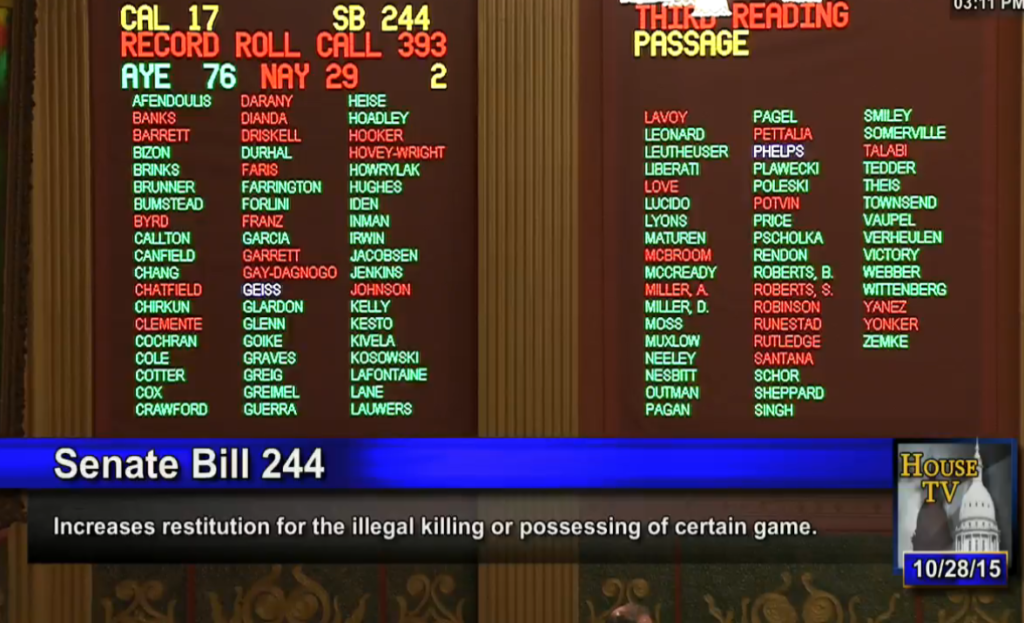 Pro-hunting legislation to deter poaching and increase hunting access passed the House of Representatives today. The House passed HB 4239 unanimously and SB 244-246 by an average vote of 77-28. 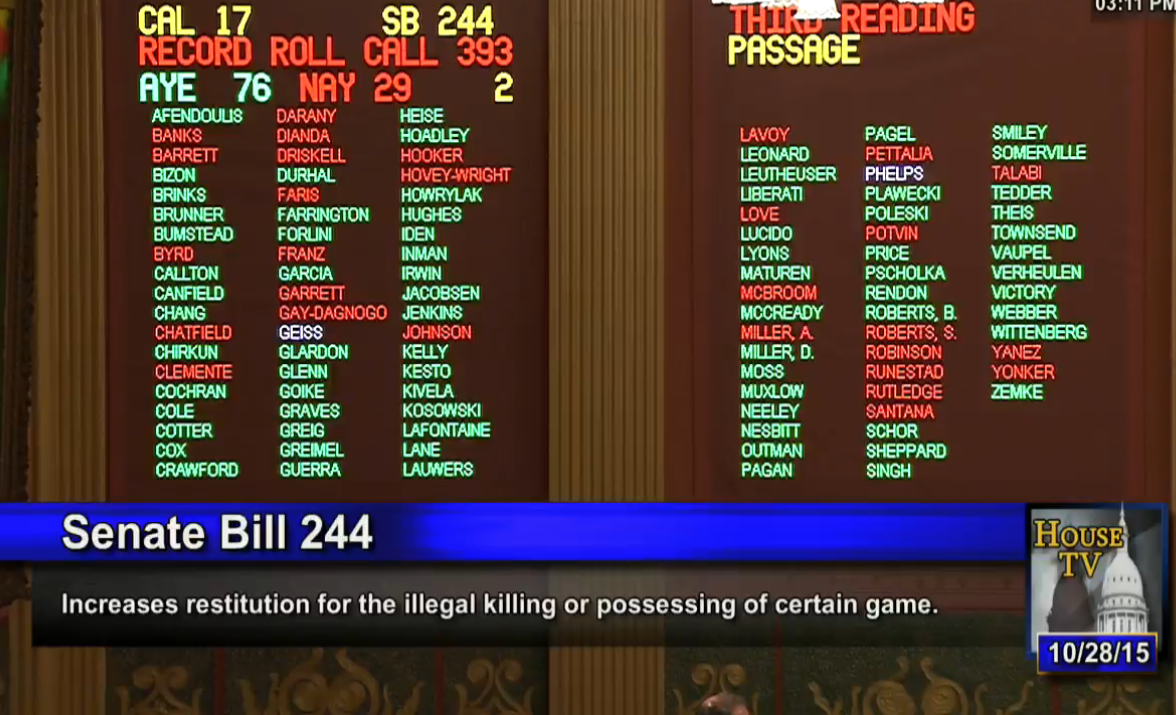 On September 9, during MUCC’s Camo at the Capitol lobby day, the original version of HB 4239 was amended in the Senate Committee on Outdoor Tourism and Recreation to include the safety zone language. That language amends the 150-yard hunting safety zone so that it applies only to “hunting with firearms,” meaning that, for example, bowhunters and trappers would be able to hunt within that zone on their own properties, or on public lands, without requiring the written permission of a neighboring landowner.

The anti-poaching package, Senate Bills 244-246, passed today, as well. It will set restitution payments of $5,000 for elk (up from $1,500), with an additional $250 per point for elk with 8 to 10 points and $500 per point for 11 or more points. Additionally, a first offense for poaching an elk will result in a 15-year license suspension, and a second will result in a lifetime hunting ban.

Similarly, restitution for a moose will increase to $5,000 for any moose and $10,000 for an antlered moose, with similar license suspension and revocation penalties as for elk. Bears will yield a $3,500 restitution fee, with a 5-year license revocation for a first offense and 10 years for a subsequent offense. Bearded wild turkeys will cost the poacher an additional $1,000 to the current $1,000 fee for any turkey.