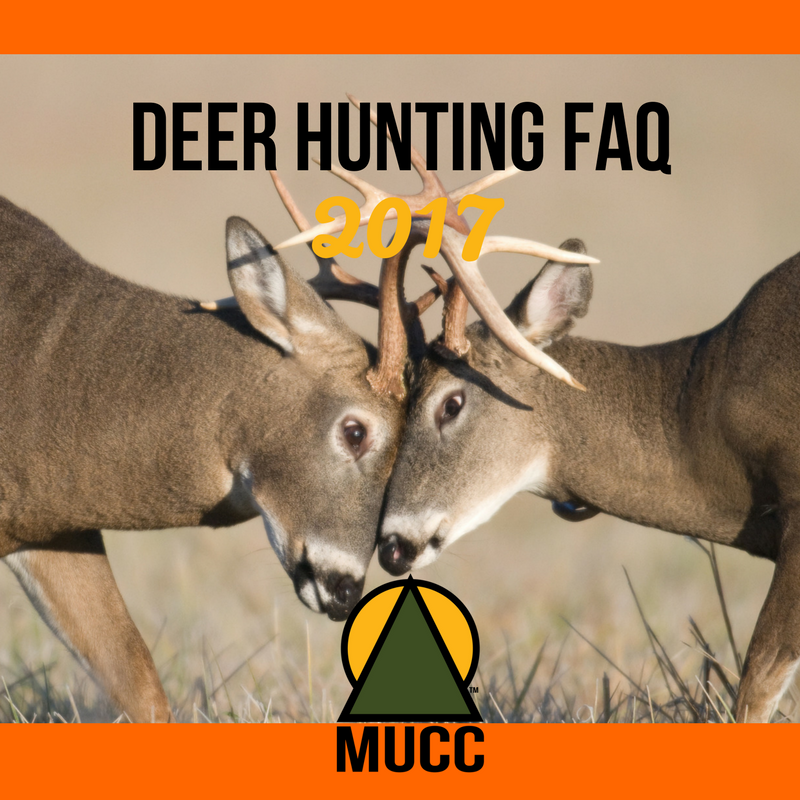 Can I use a straight-walled cartridge in the shotgun zone?

What calibers qualify as a straight-walled cartridge?

“A .35 caliber or larger rifle loaded with straight-walled cartridges with a min. case length of 1.16 inches and a maximum case length of 1.80 inches.” Page 21 – 2017 Michigan Hunting and Trapping Digest

What are the laws for transporting out-of-state cervids into Michigan?

“You can only bring back the following cervid parts into Michigan: hides, deboned meat, quarters or other parts of the cervid that do not have any part of the spinal column or head attached, finished taxidermy products, cleaned teeth, antlers, or antlers attached to a skullcap cleaned of brain and muscle tissue.” – Michigan Department of Natural Resources

What townships are mandatory CWD-check areas?

Can any deer that is harvested be checked for CWD?

Yes, and it’s free. While testing is not required outside of CWD-core areas, it is recommended that everyone test their harvested deer for CWD.

Do I lose my antlers if a deer is checked for CWD?

“No, you will not lose your antlers if you want them. Let the check station workers know what your plans are for your deer mount. If you are doing a European mount, you would have to get a special tag to take the head to the disease lab where they will extract the lymph nodes and provide the whole head back to you. Also, in the Mecosta area, there are some taxidermists who are part of a pilot study where they can remove the lymph nodes at their shop and submit them to the lab.” – Anna Mitterling, MUCC Wildlife Cooperative Coordinator

How long do CWD test results take to get back?

If CWD is detected in a submitted deer, the hunter will be notified by phone. If CWD not detected, test results will be posted online at www.michigan.gov/dnrlab within one week of head or carcass submission. – Michigan.gov/emergingdiseases

Where can I take my deer to get tested for CWD?

A list of deer check stations can be found at: http://www.midnr.com/Publications/pdfs/ArcGISOnline/interactiveMaps/deercheck/

What are the signs and symptoms of CWD?

“Infected animals may not show any symptoms of the disease for a long period of time, even years. Nevertheless, they are infectious to other cervids. In the later stages of the disease infected animals begin to lose bodily functions and display abnormal behavior such as staggering. Animals may have an exaggerated wide posture, or may carry the head and ears lowered. Infected animals become very emaciated (thus wasting disease) and will appear in very poor body condition. Infected animals will also often stand near water. Drooling or excessive salivation may be apparent. Note that these symptoms may also be characteristic of diseases other than CWD.” – Michigan Department of Natural Resources

Where can I hunt?

How many antler points does a deer have to have to be harvested?

Refer to page 32 in the 2017 Michigan Hunting and Trapping Digest. Several areas in Michigan have enacted antler-point restrictions and the use of a combo license varies throughout the state.

Can I bait where I live?

Refer to page 61 in the 2017 Michigan Hunting and Trapping Digest. Regulations on baiting can throughout the state.

Do I have to wear hunter orange?

“A person shall not take game during the established daylight shooting hours from Aug. 15 through April 30 unless the person wears a cap, hat, vest, jacket, or rain gear of hunter orange. Hunter orange includes camouflage that is not less than 50 percent hunter orange. The garments that are hunter orange shall be the hunter’s outermost garment and shall be visible from all sides of the hunter.”

Can I hunt from an elevated position for white-tailed deer (tree stand, raised blind, etc.) with a firearm?

I am a hunter with a disability; are there certain rules and regulations that apply specifically to me?

Refer to Pages 28-30 in the 2017 Michigan Hunting and Trapping Digest details the regulations that apply to a disabled hunter and the permits that are available.