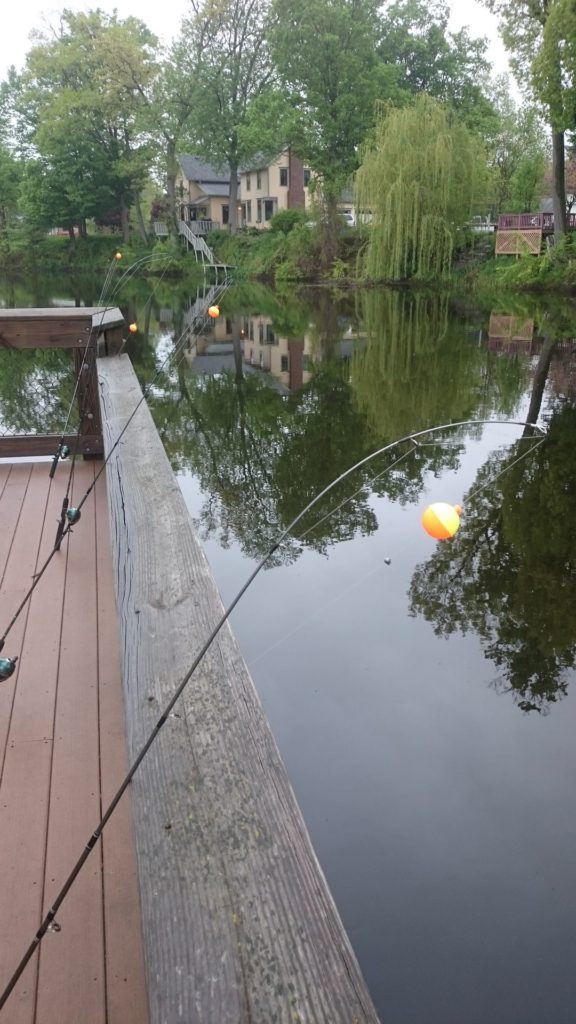 This week in the Education Department, we spent several days fishing with kids. It started last week on Tuesday and continued throughout the next seven days.  We were able to fish with middle school students in Bay City, the public in Williamston, the public in Lansing, and fifth graders in Haslett.  All combined we fished with nearly 200 kids over four separate events.

As part of the Bay City OTG Jr. event, students from Cramer Middle School spent an afternoon fishing. Each student grabbed a fishing pole rigged with a hook and bobber. For some, this was their first fishing experience. We had about 25 students fishing, but the bite was slow.  We caught a couple bluegill and a hammer handle pike. It was an improvement over the last time we fished the lagoon, but we have yet to have a good day catching up there. 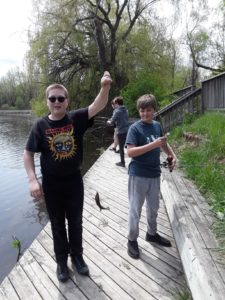 On Saturday the 19th, I was invited by the Friends of Williamston Parks to teach fishing lessons at McCormick Park in downtown Williamston. The park was hosting a fundraiser that was termed a playathon.  Kids raised money for each hour that they played outside at the park.  The weather was a bit of a challenge throughout the day with rain on and off.  However, this event in its first year had several activities to keep kids having fun outside.  There were games like kickball and baseball, karate lessons, yoga, face painting, arts and crafts and I was down on the fishing pier.  I worked with several groups of kids throughout the day, however, once again, Mother Nature did not really cooperate and we had another event with no fish landed and no bites.  The slow action gave us a chance to practice rigging tackle and accurate casting. 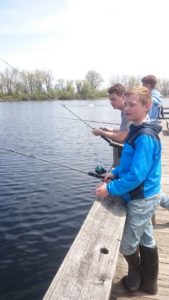 On the other side of town, Tyler and our new policy intern Ian Fitzgerald were helping at the Bill Earl Youth Fishing Day.  This was the third of three Saturday events that get kids and their families fishing together. This is a free program for youth, ages 5-16, to learn basic fishing skills of casting, knot tying, regulations, and fishing ethics. Kids then apply those skills at Hawk Island Park, Lansing, with the assistance of trained volunteers. They were fishing at one of the county parks and had a much more successful day landing fish.

Finally, on Monday I helped Mark Stephens with Project Fish get 100 5th graders from the Haslett school district out on the water.  Mark has been running this program for more than two decades and has several hot spots in the area.  This water body was within walking distance to the kids’ school and the fishing was hot. We had 104 kids’ fish and every single one of them caught a fish! 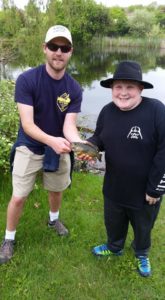 There were lots of smiles and high fives on Monday, but even on the days, we did not catch anything the kids were still smiling at the end of the day.  Many of these kids were new to fishing and some of the more experienced kids were happy to help their peers get started.  Kids teaching kids is one of the great things about programs like this!  Another successful week getting kids and adults outdoors around our great state.