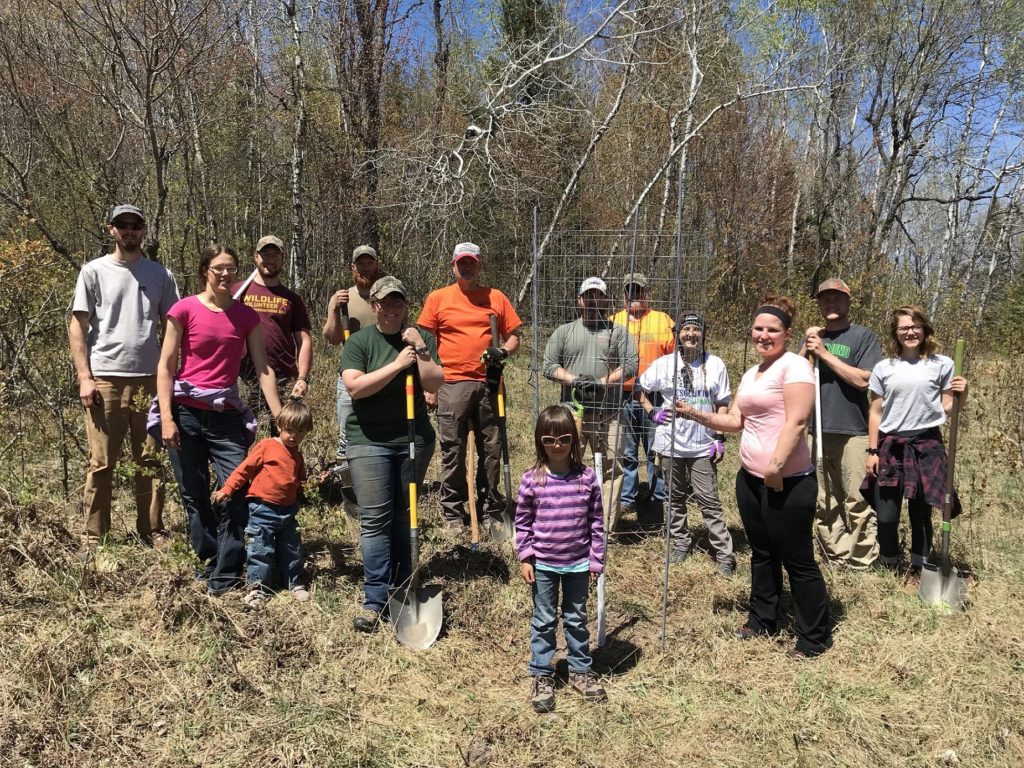 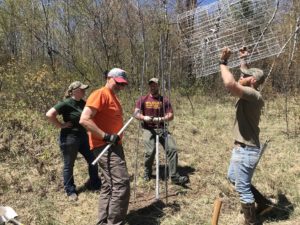 Saturday’s OTG event in the Grayling State Forest was postponed due to heavy rains that lasted into the afternoon. The event, involving pruning dead branches from apple trees, will be rescheduled for this fall in late August or September. While most of us are avid outdoorsmen and women and tolerate the rain, it would have been hazardous to operate chainsaws or use equipment overhead to prune dead limbs in the rain. Here’s to hoping that the weather offers a more pleasant volunteer experience then! Check back at www.mucc.org/on-the-ground to see the updated schedule of volunteer events. 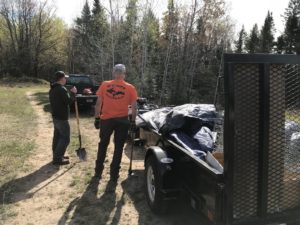 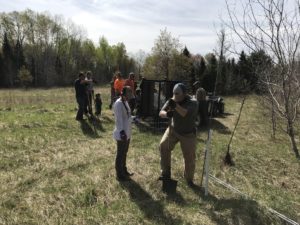 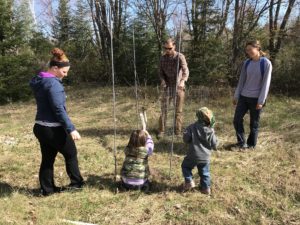 Thank you to Reggie Durant, Erik Strazzinski, Andrew Pifer and Janean Fabino with the Mid U.P. RGS Chapter, Andrea Theoret joined by her kids Landen and Lizzy Rollo all for planting trees two days in a row. This project was coordinated with the areas DNR Wildlife Technician Caleb Eckloff and Kim Randolph. Other volunteers included Tim Foster representing Backcountry Hunters & Anglers, Rachel Christensen and Evan Andrews both completing summer internships in the area, and Todd Theoret with Jaimie Halverson volunteering in memory of Bill Rollo.

Sundays event in the Gwinn State Forest in Michigan’s Upper Peninsula was a pleasant 60 degrees and sunny. The soils were relatively soft for digging, which made planting 110 trees go very smoothly. Eckloff and Randolph had it all very well planned out and had each planting location marked ahead of time. Each tree was also secured with a plastic tree wrap to protect from rodents girdling the bark as well as a metal fencing structure placed around the tree to protect the branches from being browsed too heavily by deer. Fiberglass stakes were used to hold the metal fencing in place. 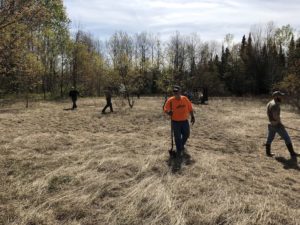 This system was used for last year’s tree planting as well in which volunteers with OTG planted and sheltered 130 trees in various openings. Eckloff reported that of those 130, only two trees showed signs of mortality and the remaining 128 looked healthy and some even produced mast already; great job- volunteers! Keep up the great work with any upcoming OTG events listed here: www.mucc.org/on-the-ground

Posted in On The Ground
← A Week of Water FestivalsFishing Fun! →