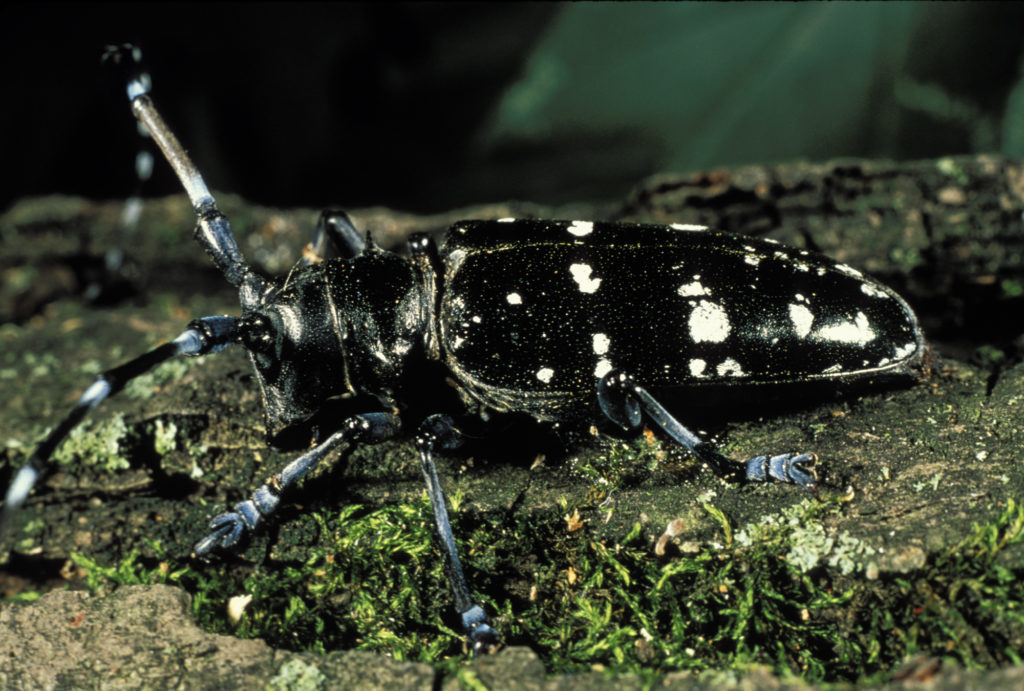 The Asian Long-horned Beetle is an invasive insect which made its way to North America about 20 years ago, most likely hitching a ride in pallet wood coming from Asia.  The beetle is a threat to hardwood trees, preferring to feed on maple trees which will ultimately kill those trees.

The female beetle will lay its eggs in the host tree and the larvae will stay in the tree for anywhere from one to three years.  Once the larvae reach adulthood inside of the tree, they feed off of it and gradually move to the heartwood of the tree.  By feeding off the inside of the tree, the beetles leave little to no evidence of their parasitic behavior and the tree will weaken and die.  The only marks that are left are small holes about ⅜ inches wide in the bark of the tree, often accompanied by large trails of sap flowing out of the hole, which marks where the female Asian Long-horned Beetle left her eggs. 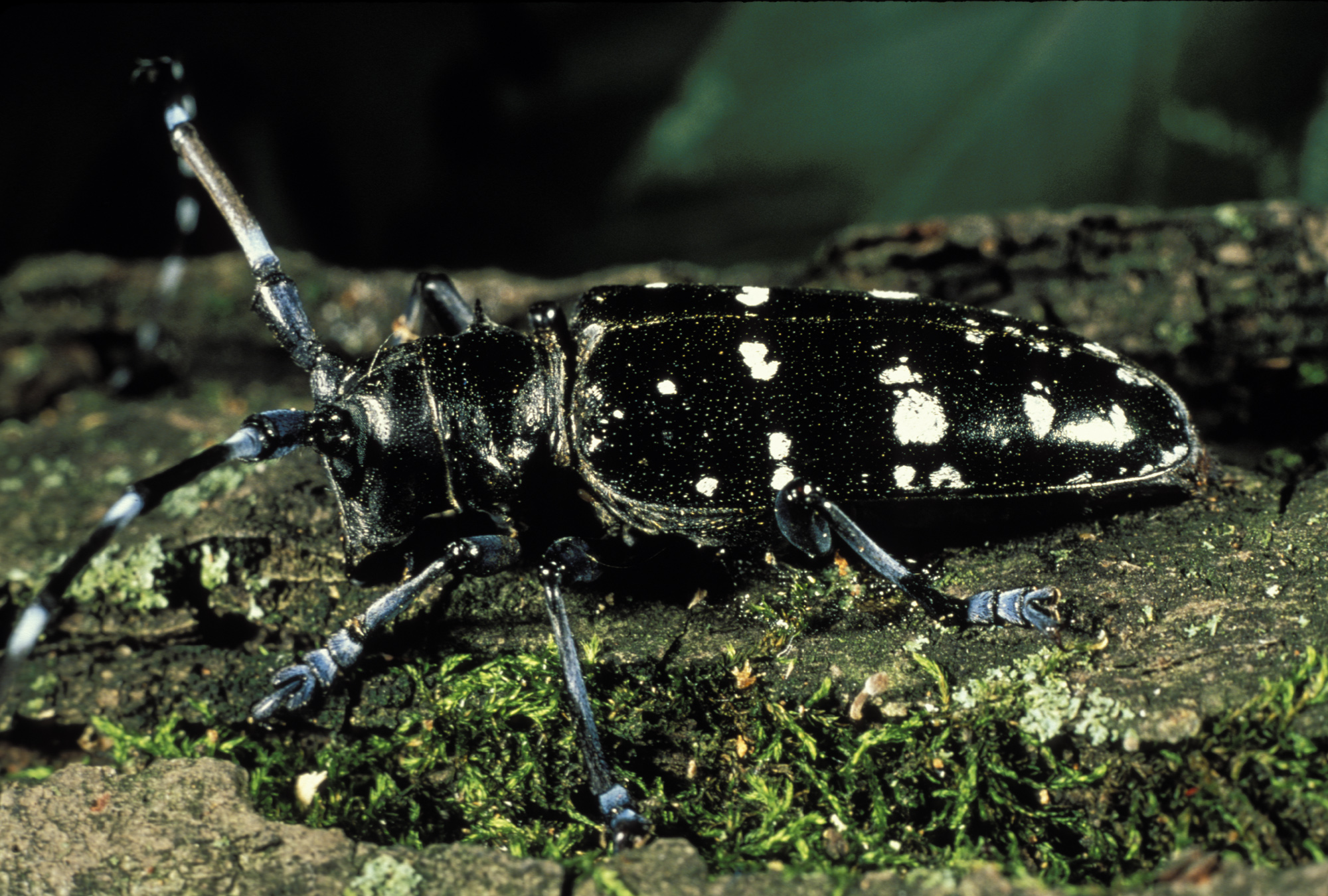 The Asian Long-horned Beetle (ALB) is approximately 1 to 1.5 inches in length, yet they can appear to be much larger due to the large antennae.  The antennae are usually longer than the body length of the adult beetle, which is why the beetle was dubbed “longhorned.”  The body of the ALB is a jet black is 10 to 20 bright white spots which make it very noticeable and easily recognizable.

The beetle was first found in maple trees in Brooklyn, New York, and was later discovered in Chicago.  The Asian Long-horned Beetle has been since eradicated in those areas, yet that does not mean they are no longer a threat to Michigan trees.  Around the year 2011, the ALB was discovered in Clermont County, Ohio, only a few hours away from Michigan.  There are over 1 billion maple trees in the State of Michigan, which means that if the beetle were to make its way into our state, there would be an abundance of food for it to feed on and destroy.  The beetle has the potential to decimate vast amounts of our natural resources would have severely detrimental effects to our economy and to the visual beauty of our state.

The easiest way to prevent the spread of Asian Long-horned Beetles into the State of Michigan is not to transport any firewood into the state.  Harmful invasive species, like the ALB, are the reason why Michigan has regulations on the transportation of firewood across the state and into the state. If you see any of these warning signs of an Asian Longhorned Beetle presence in the state of Michigan, please contact the Michigan Department of Agriculture and Rural Development (MDARD) or the Michigan Department of Natural Resources (MDNR), and log it on the Michigan Invasive Species Information Network app.