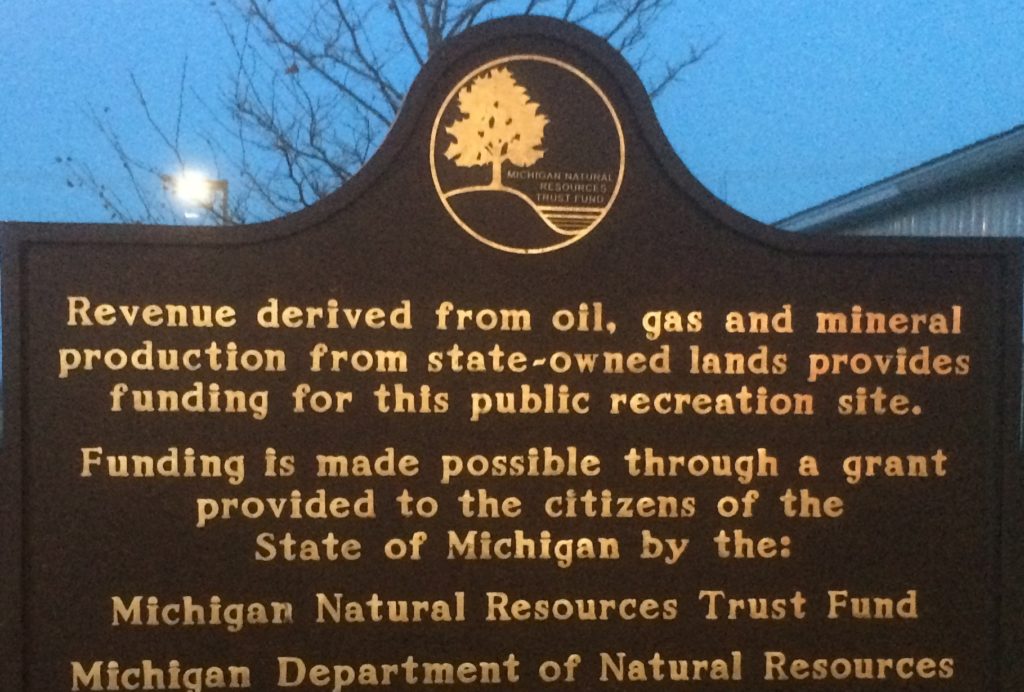 This article appears in the March/April 2016 issue of Michigan Out-of-Doors. Click here to become a member and subscribe!

Forty years ago, a landmark compromise between conservationists and the oil and gas industry forged what might be “Michigan’s Best Idea,” the Michigan Natural Resources Trust Fund. Today, Michigan citizens in all parts of the state benefit from this compromise through local investments in something that many of us take for granted, but shouldn’t: public land. 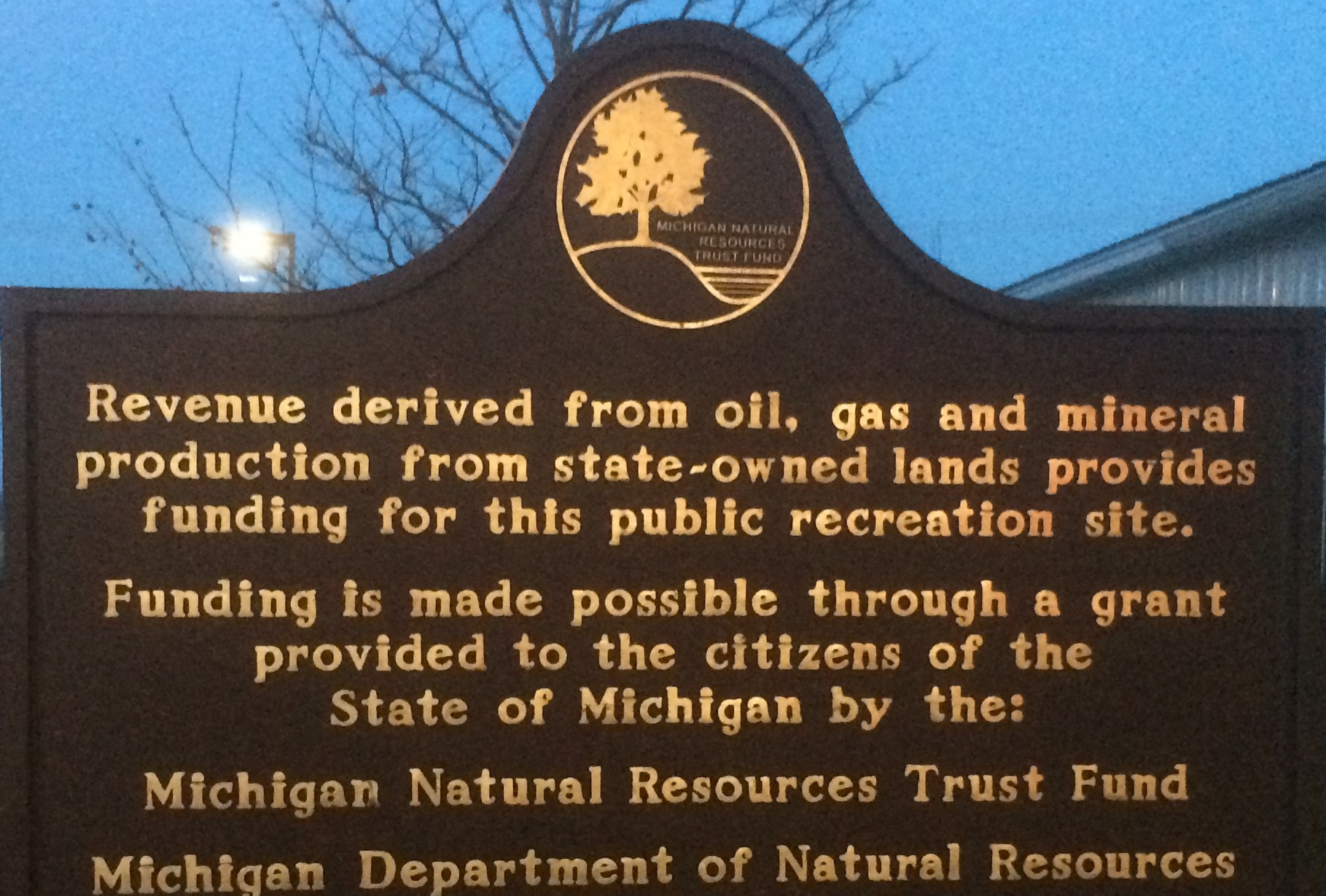 The Michigan Natural Resources Trust Fund (Trust Fund) began as the Kammer Land Trust Fund, and grew out of the controversy surrounding oil and gas development in the Pigeon River Country State Forest. After years of litigation between the Department of Natural Resources, the Pigeon River Country Association and energy companies, Michigan United Conservation Clubs adopted “a policy supporting rigidly controlled oil and gas drilling in the Pigeon River Country State Forest with royalties earmarked for purchase of public recreation lands,” as described in the November, 1975 issue of Michigan Out-of-Doors. “However,” according to the article, “legislation would be required to guarantee that the royalties would be used for a land acquisition trust fund.”

It was far from a settled issue, though. During testimony at public hearings, then-MUCC Executive Director Tom Washington stated, “MUCC is so committed to this concept that it has sought enabling legislation. Already a bill is being prepared that would provide the money in perpetuity to make Michigan’s natural environment the most accessible to the public of any state in the nation.”

That “enabling legislation” was the Kammer Land Trust Fund, sponsored by Sen. Kerry Kammer (D – Pontiac). The legislation was spearheaded by his chief of staff, one Bob Garner, who later became the long-time host of Michigan Out-of-Doors TV and was inducted into the Conservation Hall of Fame in 2013.

Governor Milliken, in his 1976 State of the State address, announced his support for the concept, while expanding the acquisitions statewide, instead of just in the Pigeon River Country. From our February 1976 editorial: “It was with considerable pride and pleasure that officers of MUCC learned that Gov. William G. Milliken proposed in his State of the State address in January that Michigan establish a royalties fund similar to the fund that MUCC had recommended last fall.”

The legislation also faced opposition, though. We described the threat in our April, 1976 issue:

“Sen. Joseph Mack (D-Ironwood), a consistent opponent of conservation and environmental legislation, introduced an amendment to Kammer’s bill that would allow the sale of state-owned wildlands to private industry under certain conditions. The state would be required to sell lands in the Upper Peninsula and the northern Lower Peninsula that the director of the Office of Economic Expansion or the director of the Department of Natural Resources determined were needed for industrial expansion.”

Seems like some things never change: even 40 years later, the Michigan Natural Resources Trust Fund faces constant attacks from “consistent opponents of conservation and environmental legislation,” and let’s not forget that, three years after the DNR completed its Strategic Land Management Strategy, the Legislature has yet to approve the strategy and lift the land cap from “the Upper Peninsula and the northern Lower Peninsula.”

The Kammer Land Trust Fund bill prevailed, though: it passed the Senate 29-7 on March 31, 1976, and all of Senator Mack’s amendments to force the sale of northern Michigan’s public land were defeated. The bill was signed into law in August, 1976, and our editorial from that month said it best:

“Historians some day may mark the bitter controversy over oil drilling in the Pigeon River Country State Forest as a milestone of conservation in America. When the complex clash between oil companies, preservationists, sportsmen and the Department of Natural Resources began unfolding a few years ago, it looked as though it would develop into a battle in which there could be no winners. But today, while the battle smoke is still clearing, it appears that there really have been some winners – approximately nine million of them and countless millions more to come. They are the citizens of Michigan – today and in future generations – who will enjoy the bounty that will come from legislation that was forged in the crucible of the Pigeon River Country controversy.”

In our next issue, I’ll cover some of the Constitutional protections and legislative challenges that the Trust Fund has experienced since it was created.