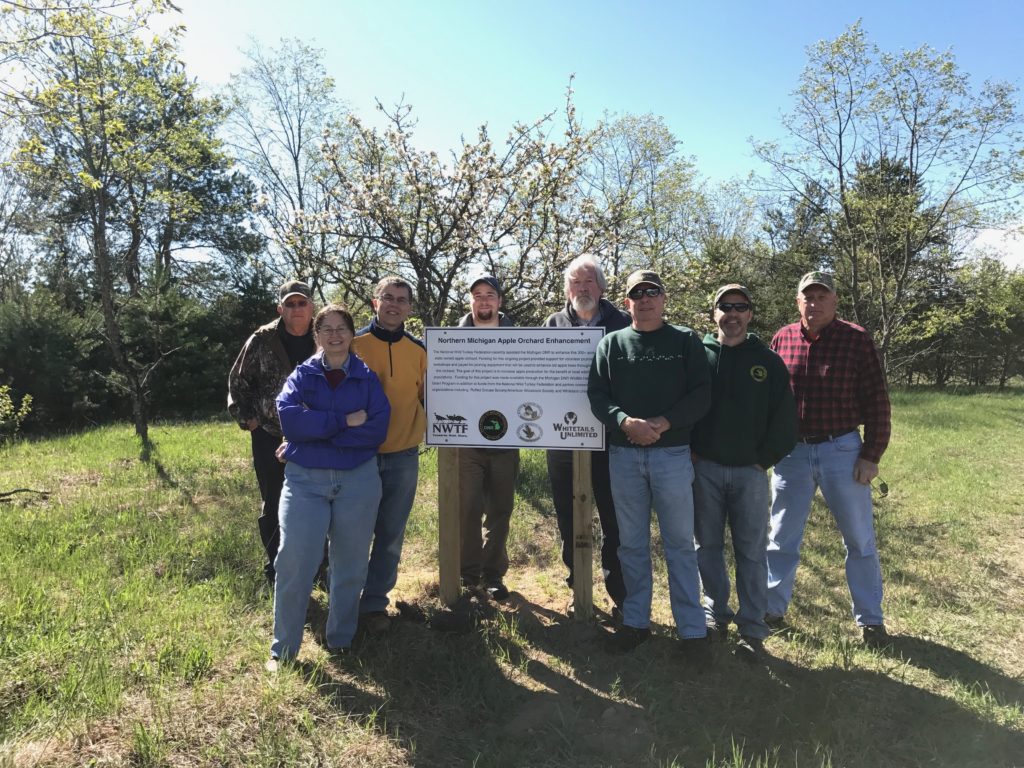 Last weekend, volunteers pruned ~150 apple trees in the Grayling State Forest in a section of a 300acre orchard that has not been maintained in many years. This is the second year that efforts have been made to maintain the orchards within the Grayling State Forest by partnering with MUCC’s Wildlife Habitat Improvement Program as well as the National Wild Turkey Federation (NWTF). This event was coordinated with the areas DNR Wildlife Biologist, Brian Piccolo, and seasonal staff. Volunteers spent the day on Saturday pruning any dead branches from apple trees in hopes of improving their sift mast production in the upcoming seasons. The apple production will provide food for the areas wildlife including whitetail deer, black bear, turkey, and several other small game and bird species. 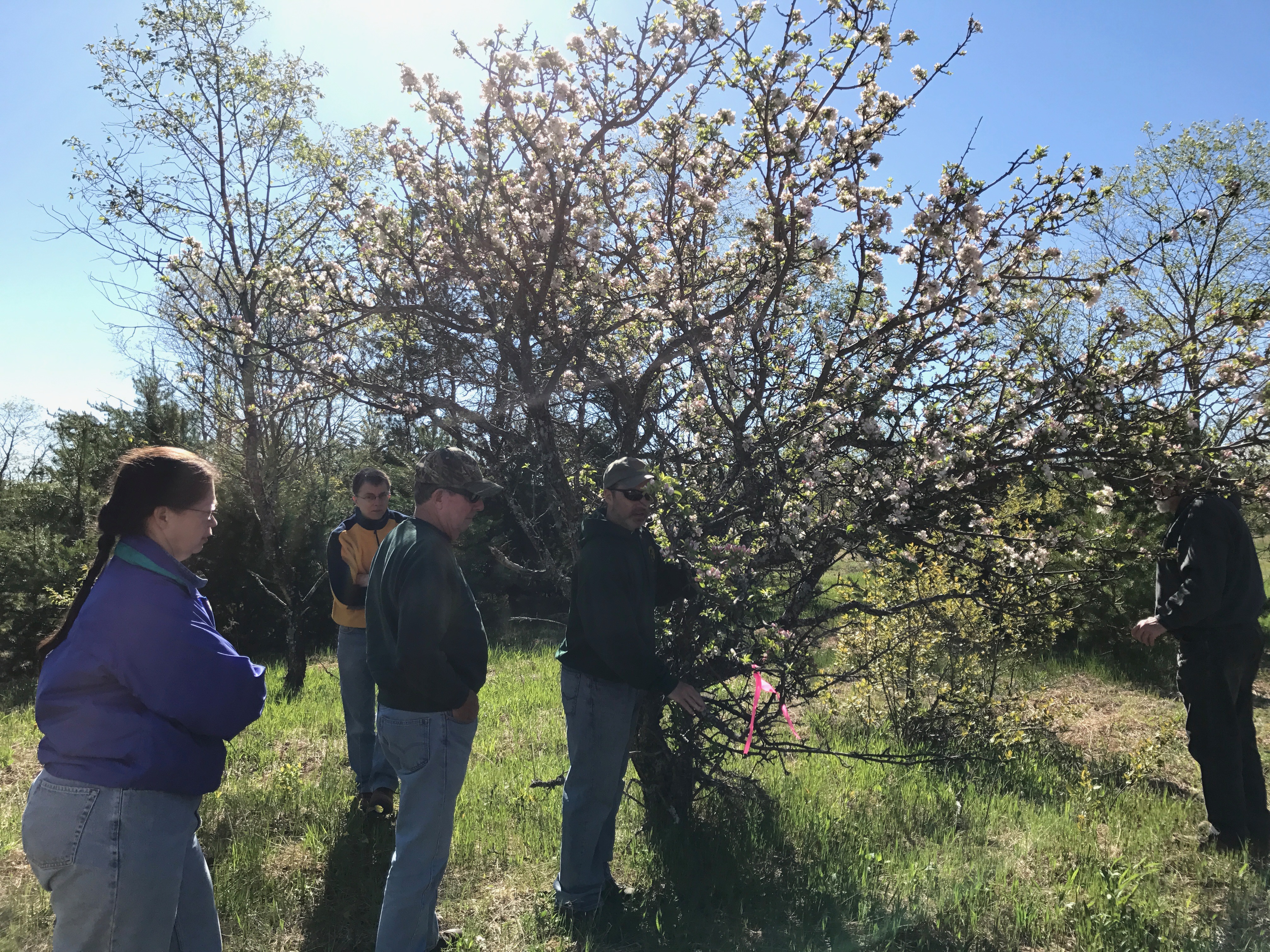 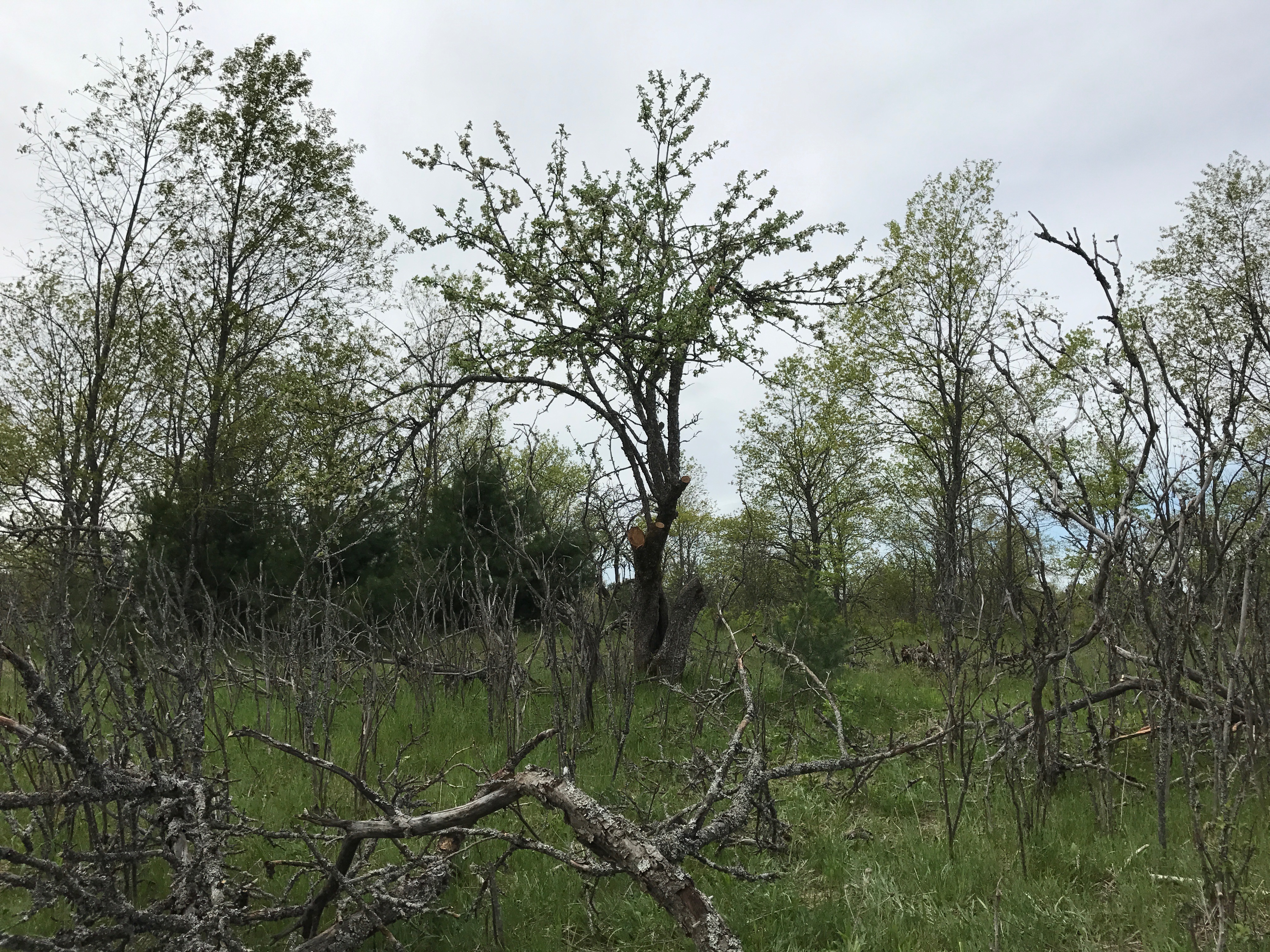 Pruning apple trees is beneficial even in an abandoned orchard that is no longer being maintained for harvest purposes. It improves tree vigor and increases fruit production by allowing more sunlight to reach all parts of the tree as a result of removing dead and dying branches. Improving the health of these trees is beneficial to the areas wildlife because they would provide a year-round food source which is particularly important in the winter since any apples remain hanging on the trees. These apples are readily eaten after other fruits have dropped off and rotted or have disappeared under the snow. While many of the trees in the orchard had a lot of dead branches and some seemed to have only two healthy branches remaining, the dead parts of the tree provide nesting cavities for many birds in the area. Even the bark of apple trees serves as a food source for deer, rabbits, snowshoe hare, and other wildlife. 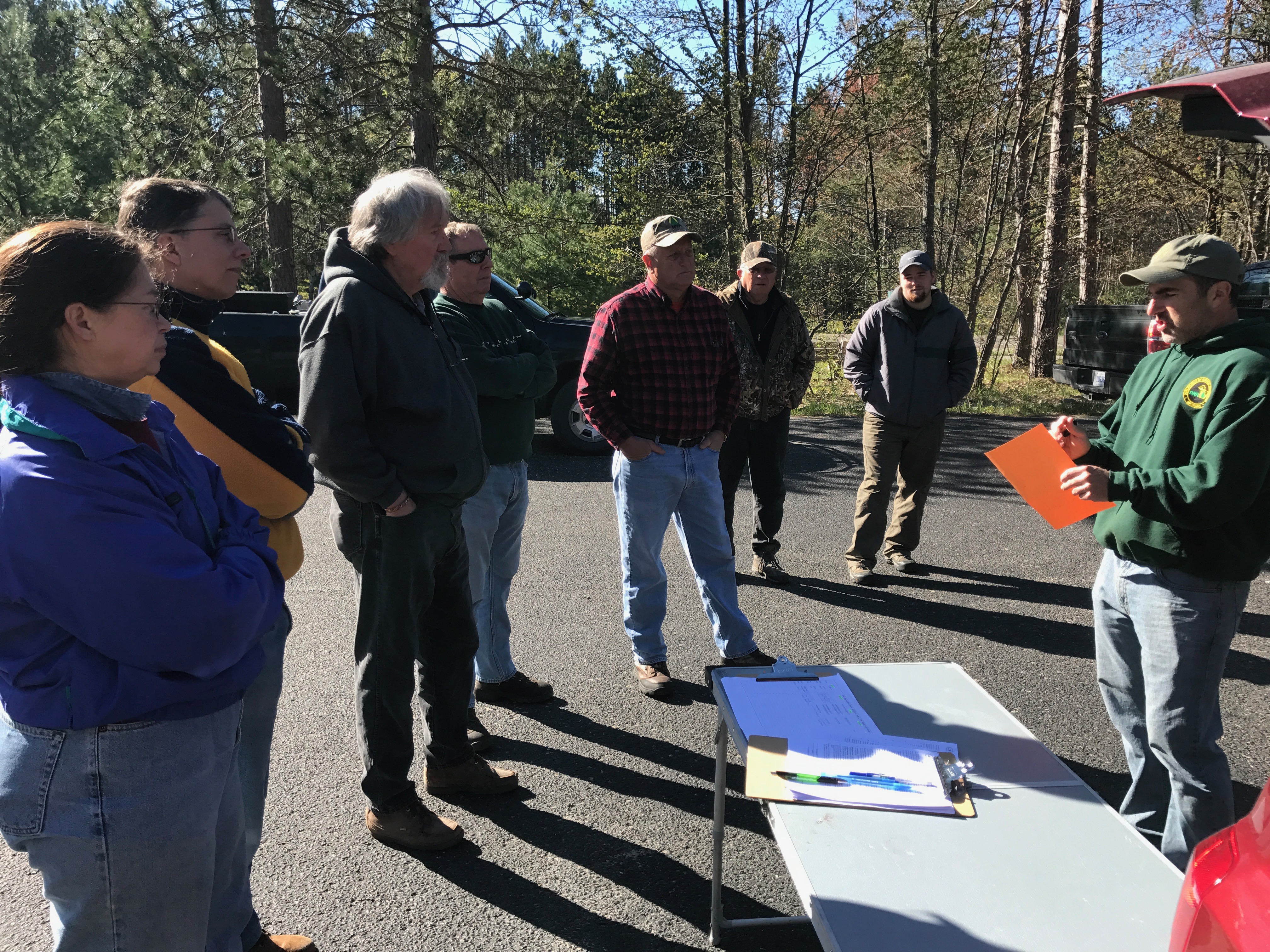 Volunteers were both local and from as far as Onondaga about 20 miles south of Lansing, MI. Dedicated volunteers Wally Gumtow, Sam Hudnutt, and Denny Sanborn also participated in last year’s Apple Tree Pruning workday or this year’s Hinge-Cutting for snowshoe hare habitat event in the region. Locals David and Karen Howell from Gaylord, MI were excited to hear about the event and look forward to future events in the area. See the links below for more information and to RSVP for upcoming wildlife habitat improvement projects!

We will be joining the Rocky Mountain Elk Foundation for demolition of outbuildings and removing debris to restore a site for wildlife in the area such as elk, whitetail deer, and black bear.

We will be partnering with Roger Hinchcliff with Steelhead Manifesto and the Metro West Steelheaders for the 3rd Annual Manistee River Clean-up to improve fish habitat and spawning areas.