Last weekend I took part in teaching my first hunter safety education course through Learn To Hunt’s turkey program. Six women and four men attended the field day portion of the program to earn their hunter safety certificate. The hunting experience of these ten participants ranged from none at all to avid deer hunters, but none had hunted turkey before. Steve Sharp from NWTF was there to share his knowledge and enthusiastic stories complete with owl hoots and turkey gobbles from every direction. Although the weather was a bit cold for the hour and a half of range time, nobody complained and many had a great experience shooting .22’s and 20 gauge shotguns for the first time. 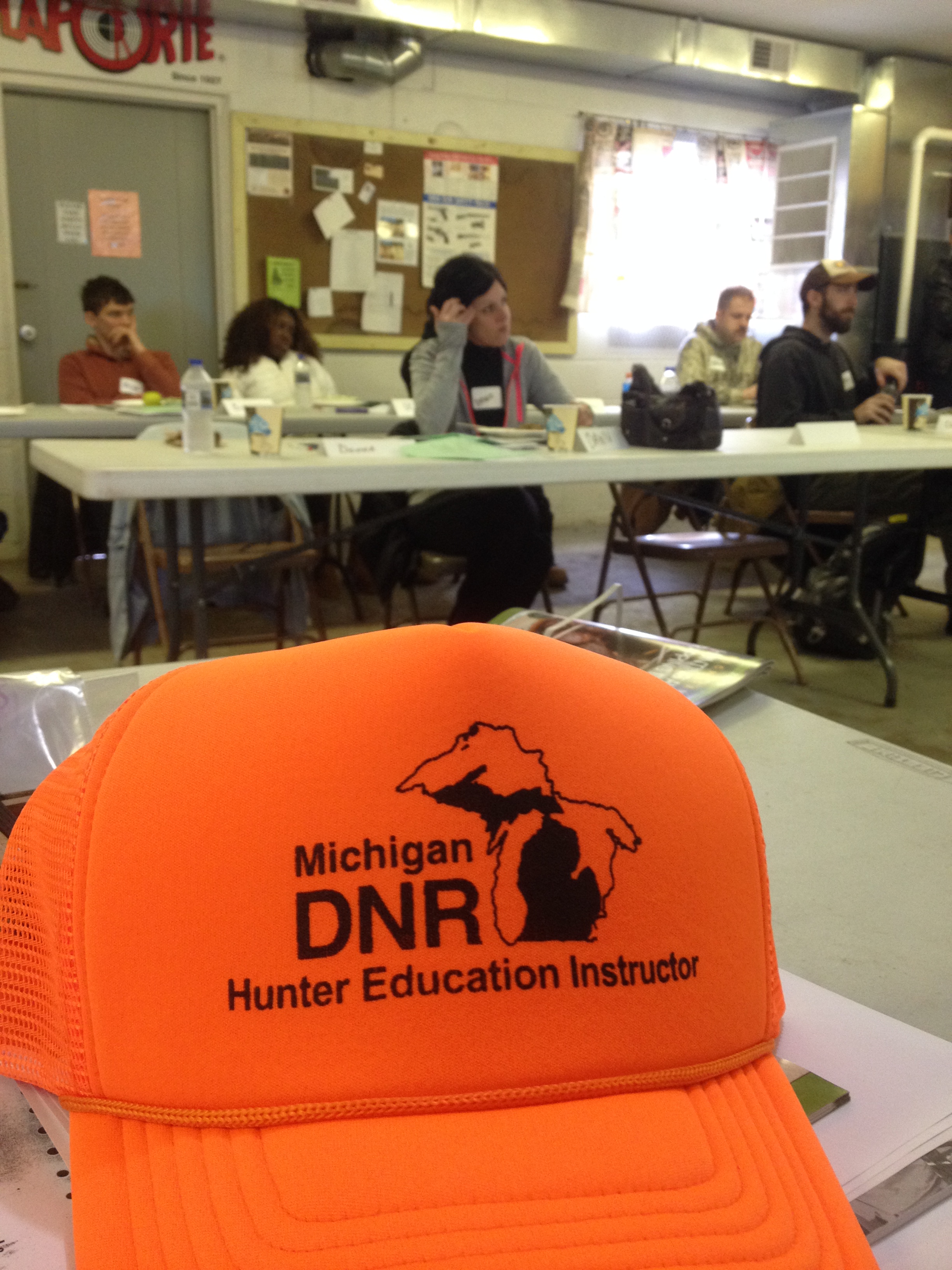 The Learn To Hunt program itself is fairly new and was thought up by Johanna Dart, Student Assistant with MSU Fisheries & Wildlife, who is the lead coordinator for the program. Her goal was to create a program that would provide a comfortable setting for people that may be interested in hunting but don’t have the background of growing up with a family or friends that hunt to teach them. Almost every person in the room had grown up with a family that didn’t hunt, or used to but lost the tradition, or had the wrong perception of hunting by having inconsiderate neighbors who poached rather than hunted their wildlife. However, each person was still willing to give hunting another chance and form their own perception through this program. 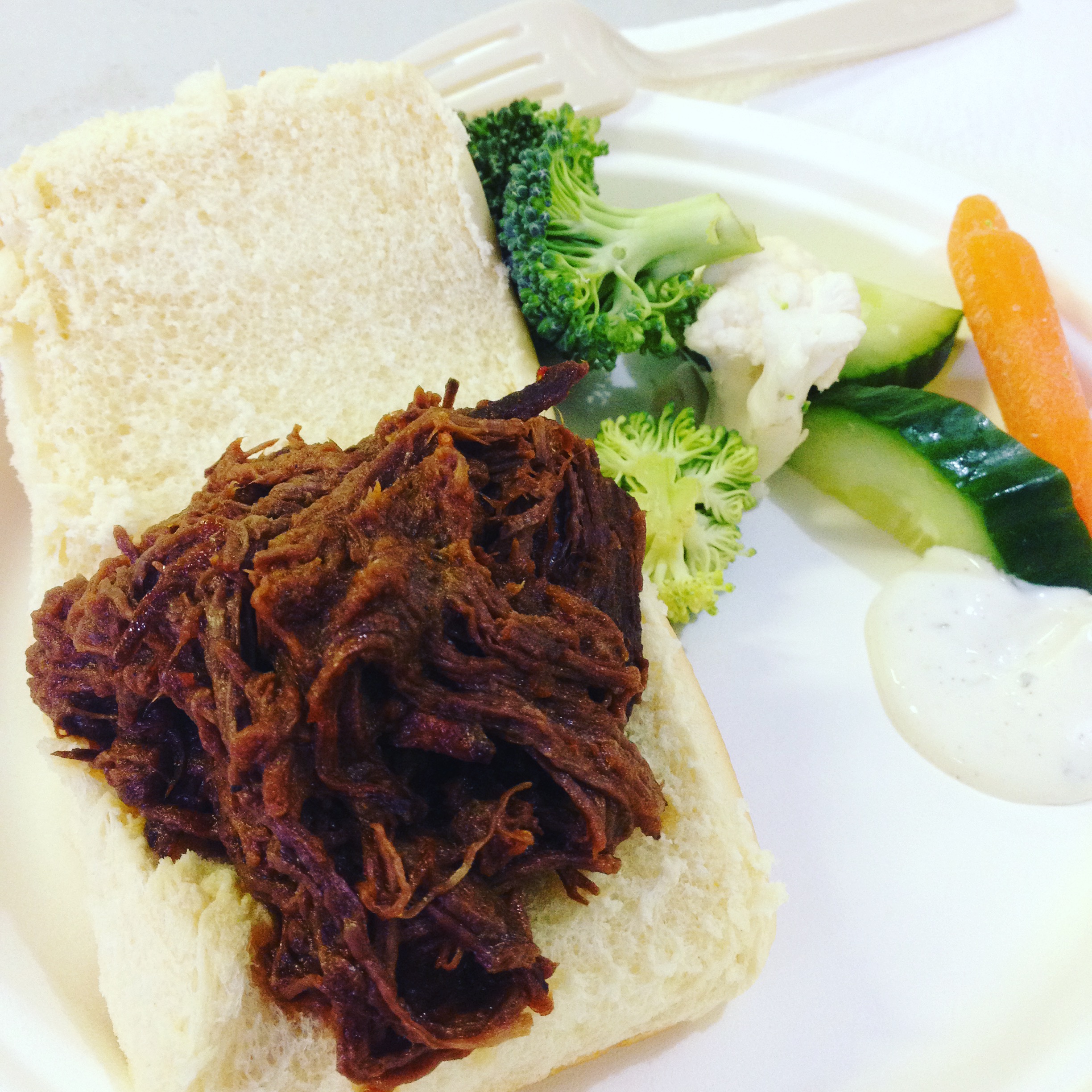 We started the day at the Barry County Conservation Club covering important topics on the history of hunting and conservation, license dollars, and the North American Model of Wildlife Conservation-told by none better than Shane Mahoney’s video. We broke up the long class day with a venison lunch donated by Gourmet Gone Wild and a guest appearance from Conservation Officer Richard Cardinas. Cardinas went over the basic laws and regulations pertaining to turkey hunting and talked through a few scenarios that could happen during the hunt. He generously spent the rest of the afternoon hanging out with the group and ensured that he is a great resource for hunters to utilize; not avoid. 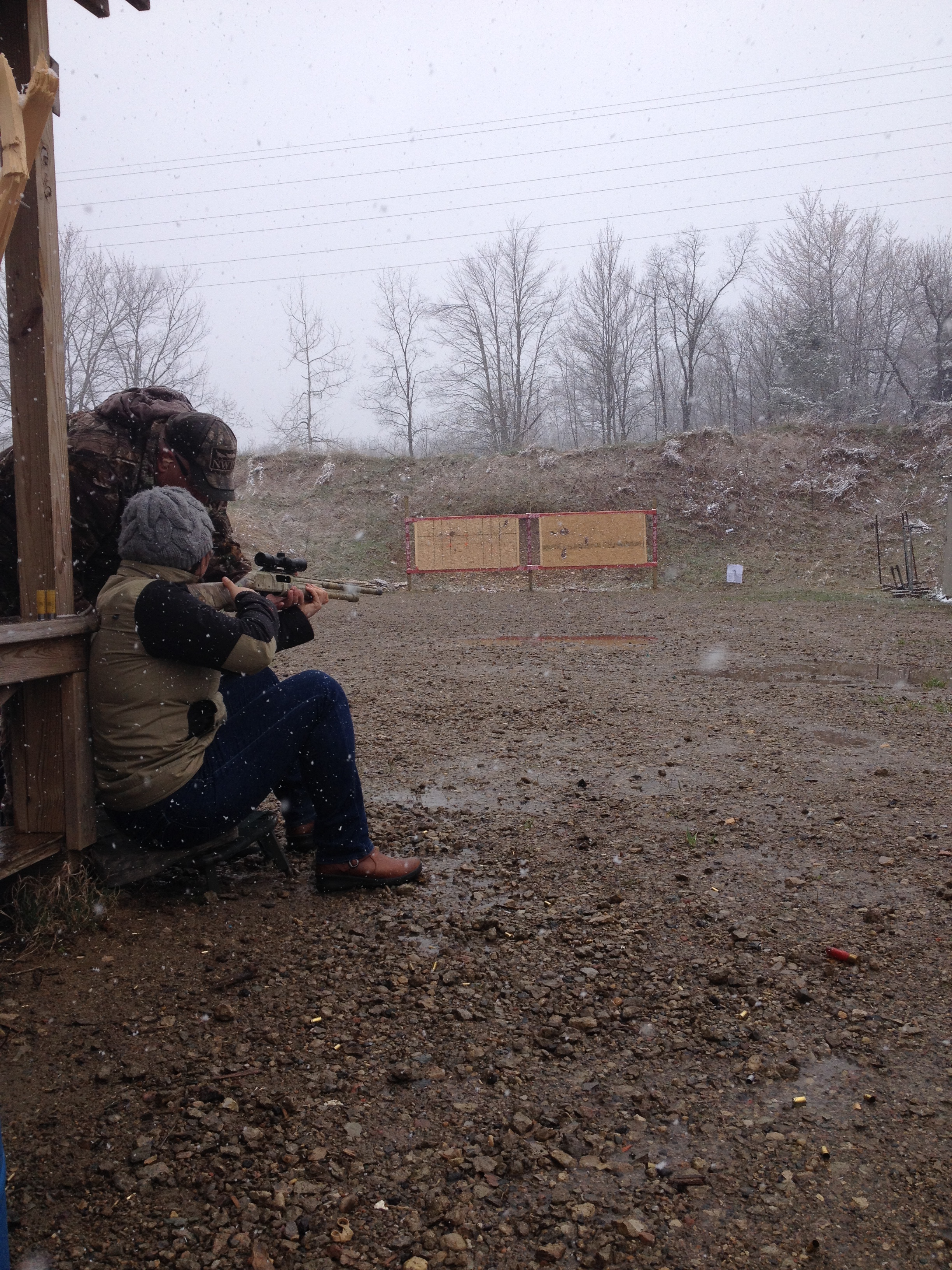 I feel pretty good about my part in the program as one of the hunter safety education instructors. I covered sections on modern firearms and ammunition with the participants as well as safe gun handling and preparing to shoot in various hunting scenarios. I was more than happy to help people that have never shot a firearm before to find a comfortable and stable stance. I know that the program’s support staff and I had done a great job because there was no hesitation when it came time to shoot at the range. Steve Sharp placed a life-sized turkey target 35 yards down range and each participant got to take a shot at their own target. Everyone left the range with a “dead tom” at the end of the day and no shoulder bruising! 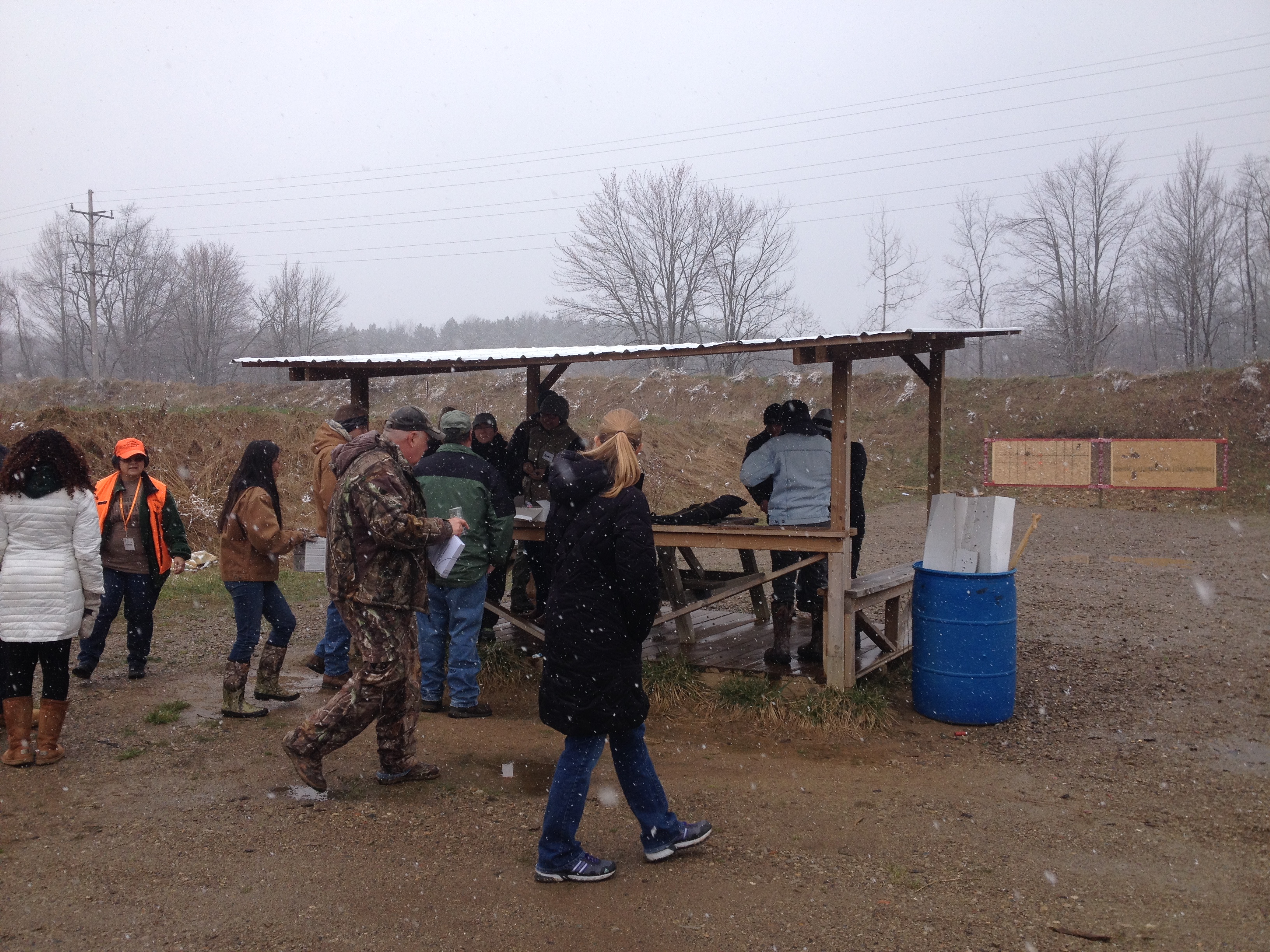 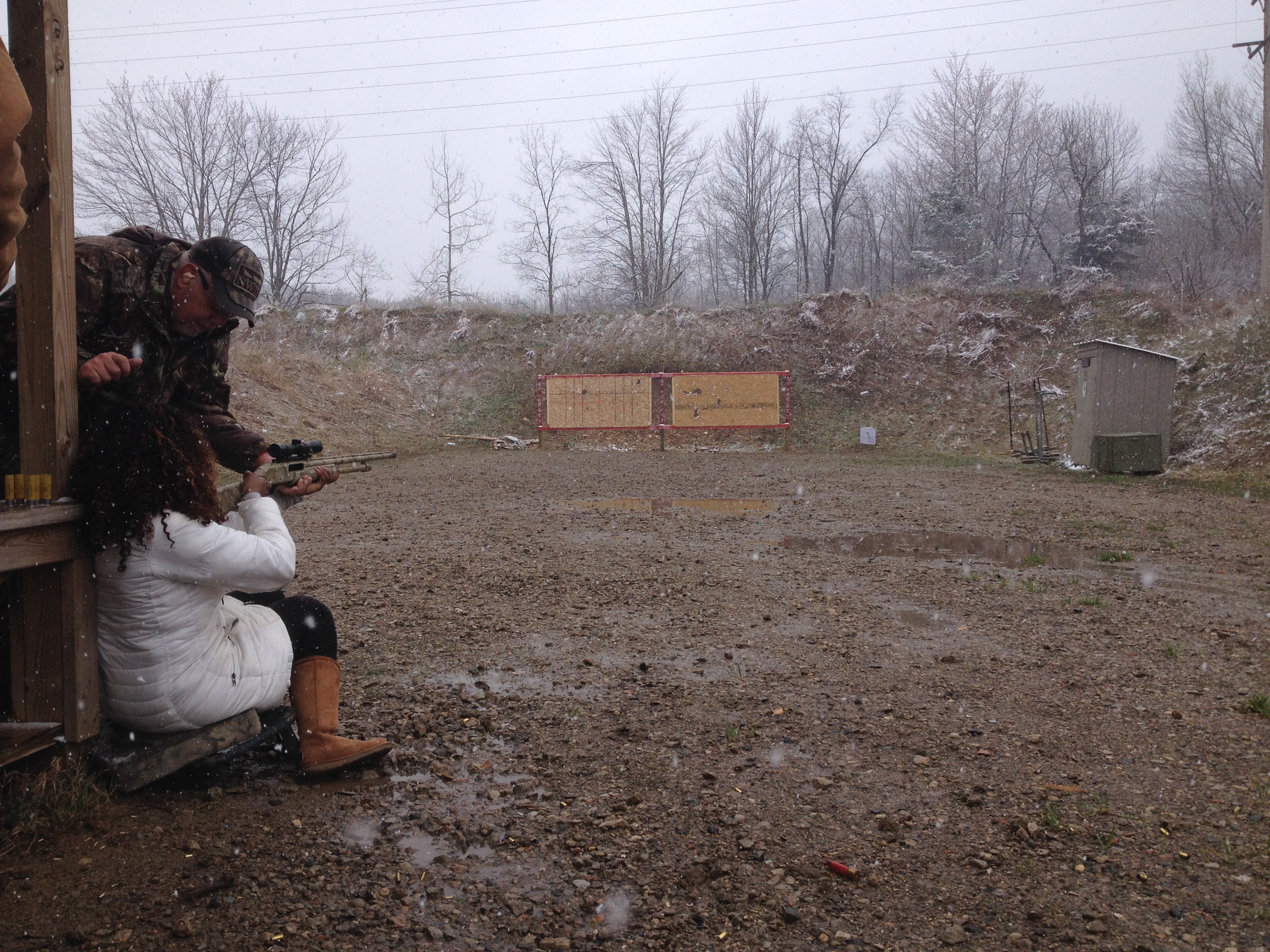 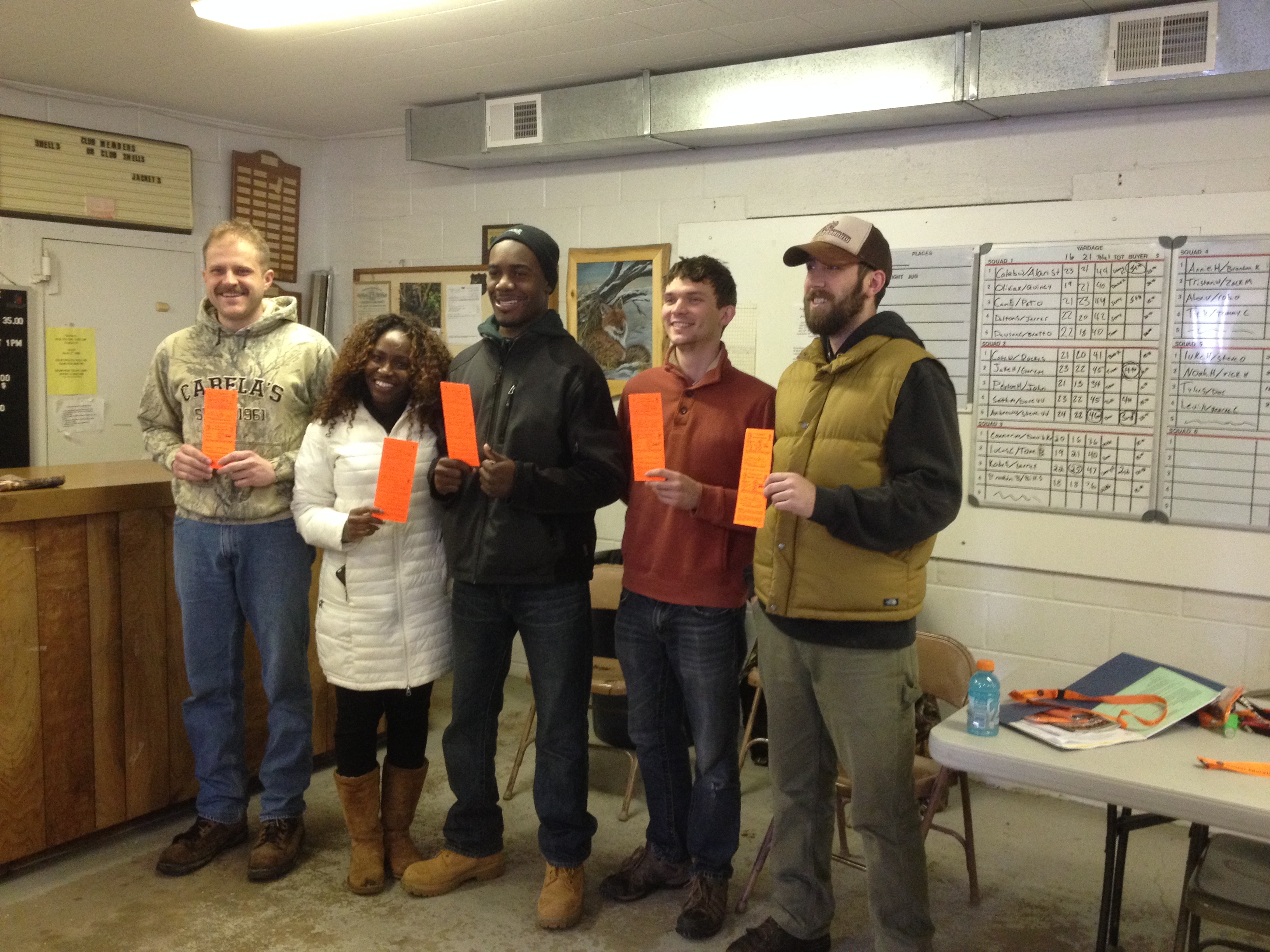 This was a great experience for the new turkey hunter’s and for me as a new instructor as well! I had to adapt to all experience levels in one course and it went really well. Two participants had gone through Learn To Hunt’s Deer program last year, two others were sisters that attend the Women in the Outdoors programs and have experience deer hunting, two others are currently students in the Fisheries and Wildlife programs and have experience as anglers only, and a couple wanted to learn something completely new together. Each participant passed the exam and was awarded their hunter safety certificate. Holding that certificate opens a lifetime of opportunities to be ethical hunters, take a direct part in Michigan’s wildlife conservation, and eventually use their experience to pass on to another new hunter. These hunters will put their new skills to use by scouting for turkey sign in the Barry State Game Area followed by a weekend of mentored turkey hunts through the program.

You can take part in conservation at the Barry State Game Area too by volunteering for wildlife on August 13, 2016 with MUCC’s wildlife habitat program. We will be cutting black locust trees and using them to build large brush piles for rabbitat- see more details and RSVP here. As for events that are coming up this month, check out the updated list and RSVP here. Until then, I wish the best of luck to anyone hunting turkey on Michigan’s public land; I’ll be hunting Dansville SGA the first week of May.