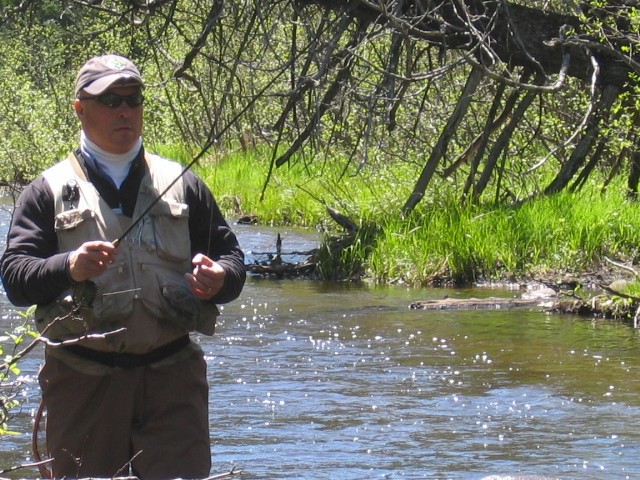 At the end of 2017, Gov. Rick Snyder announced the appointment of John Walters of Vanderbilt to the Michigan Natural Resources Commission. He is taking the place of the former chair, John Matonich, whose term concluded and he was not reappointed after serving nearly 8 years.

“MUCC sincerely thanks Commissioner Matonich for his public service; in his time as chair, he has shown his commitment to scientific management and has been open to hearing the concerns of hunters, anglers, and trappers,” said Deputy Director Amy Trotter.

The new commissioner, John Walters, is a territory sales manager for Roseburg Forest Products and has worked in the forest products services and building materials industry for more than 30 years. He recently served on the Rural Development Fund Board, previously served on the Natural Resources Advisory Council for the Office of Regulatory Reinvention, and is past Chairman of Michigan Trout Unlimited, past president of the Headwaters Chapter of Trout Unlimited, and past Chairman of the Pigeon River Country State Forest – Advisory Council. He loves to fly fish for trout year round, but can also be found in the woods hunting upland birds and deer. He will represent independents.

Vicki Pontz of Delta Township is appointed chair of the commission, where she has served for the last 4 years.

Walters will serve a four-year term to expire Dec. 31, 2021. Pontz will serve as chair for a term expiring at the pleasure of the Governor. Appointments are subject to the advice and consent of the Senate.

The NRC is a seven-member body that works with the Michigan Department of Natural Resources to conserve, protect, and manage the state’s natural and cultural resources for the use and enjoyment of current and future generations. No more than four members may be from the same political party.