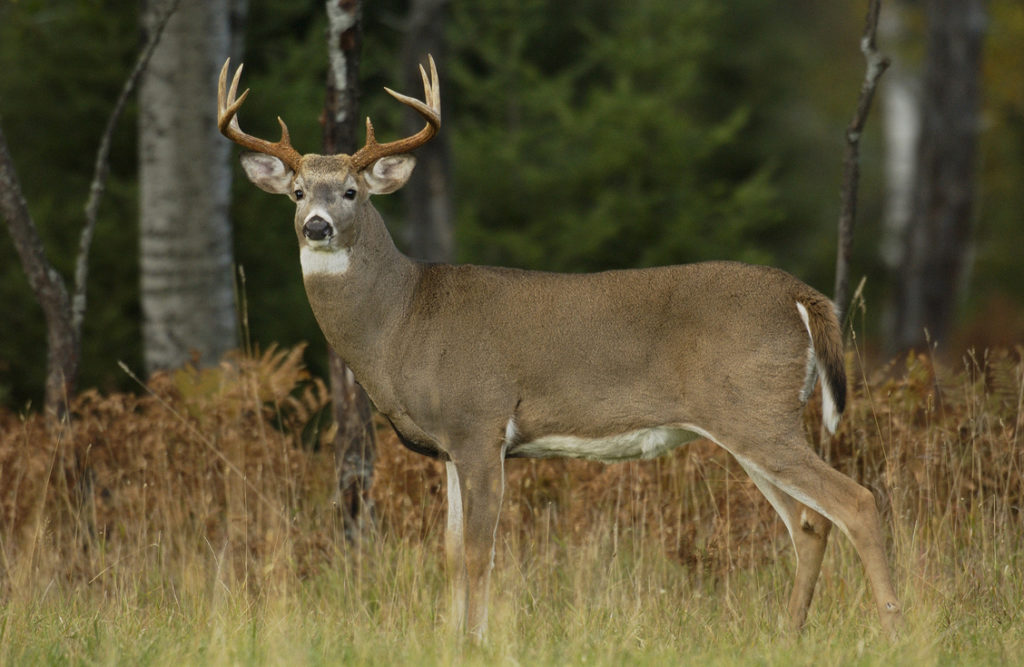 Commissioners voted to allow the continued use of deer urine-based lures and attractants, as long as the products have a seal from the Archery Trade Association (ATA) or Responsible Hunting Scent Association (RHSA).

The commission asked for input on the matter, engaged stakeholders and voted according to the best available science, said MUCC Policy Coordinator Ian FitzGerald.

“These last two months we have seen active engagement from commissioners on this issue,” FitzGerald said. “From asking key questions to digging into the science surrounding the issue, we’re pleased to see commissioners thoughtfully weigh in. MUCC will continue to strive and advocate for this caliber of commission process.”

MUCC Executive Director Amy Trotter and FitzGerald testified before the commission. Trotter testified regarding MUCC’s position on wolf management in Michigan, and her comments can be viewed here.

Scott Whitcomb from DNR Executive Division presented on the state’s land strategy.  The land strategy has gone through feedback processes, and the updated plan will be presented to the Michigan Legislature for final approval this summer. MUCC has provided comments encouraging increased land acquisition in Southern Michigan as well as protecting public lands from solar development whilst supporting solar on state-owned buildings. You can access the presentation here.

DNR Law Enforcement Lt. David Shaw presented on three aspects of wounded game tracking: tracking off-lead, tracker dispatch and a tracker certification for the tracker themselves rather than the dog. There is a patchwork of authorities for these changes that could include the Michigan Legislature, administrative rules, state land rules and the wildlife conservation order. You can access the presentation here.

MUCC has two member-passed resolutions from 2019 that support tracking off-lead, as well as tracker dispatch but only under two certain circumstances. When a hunter cannot traverse through densely wooded areas or has a medical condition preventing their mobility.

Director Eichinger indicated his intent to sign eight land transactions — one each from Crawford, Cheboygan, Mackinac, Luce, Alger and Marquette counties, and three from Charlevoix County. Land transactions may be viewed here.

Director Dan Eichinger approved Shooting Preserve Order Amendment No. 1 of 2021, which removes the acreage limit per county for a preserve that was previously set to no more than one percent of that county. This amendment also extends the open hunting season for release pheasants, bobwhite quail and hungarian partridge to year-round.

The NRC unanimously approved Wildlife Conservation Order Amendment No. 5 of 2021 pertaining to deer regulations, including an amendment from Commissioner Michael Lashbrook which passed unanimously as well.

Lashbrook’s amendment allows deer urine-based lures and attractants to remain legal if given a seal of approval from the ATA or RHSA — similar to the regulations that were already in place.. The two other changes in the package included opening Muskegon County to firearm use during muzzleloader season and aligning muzzleloader season dates by removing the use of muzzleloaders for any deer with a valid tag on public land in Zone 3 during the late antlerless season.

The next Natural Resources Commission meeting is scheduled for Thursday, July 15 at 9 am. The meeting will potentially be in-person, and MUCC will provide further information when it becomes available.