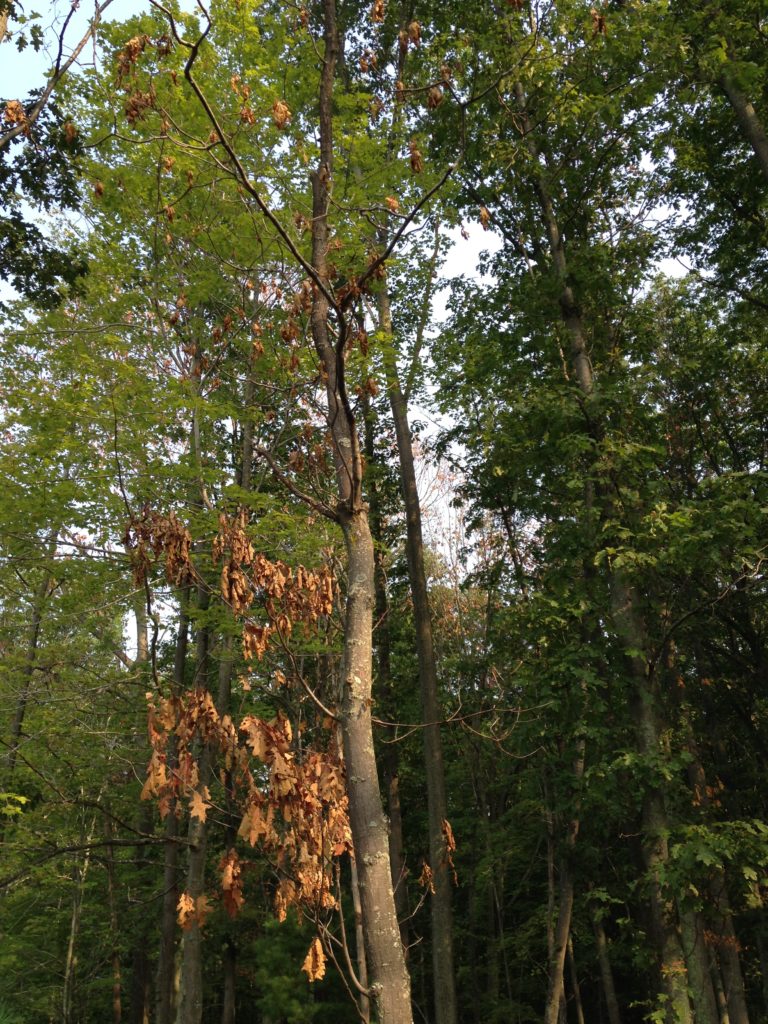 This fall, I had the opportunity to join State Representative (and MUCC’s 2015 Legislative Conservationist of the Year) Jon Bumstead on a tour organized by the Michigan Department of Natural Resources to examine the impact of Oak Wilt and Japanese Knotweed two  invasive plant species in and near his district, Newaygo County.   MUCC staff has written previously about the problem of oak wilt, but after seeing its impact firsthand this is a problem Michigan hunters need to be dialed in to.  If you plan on locating a tree stand in a stand of red oaks, read on. 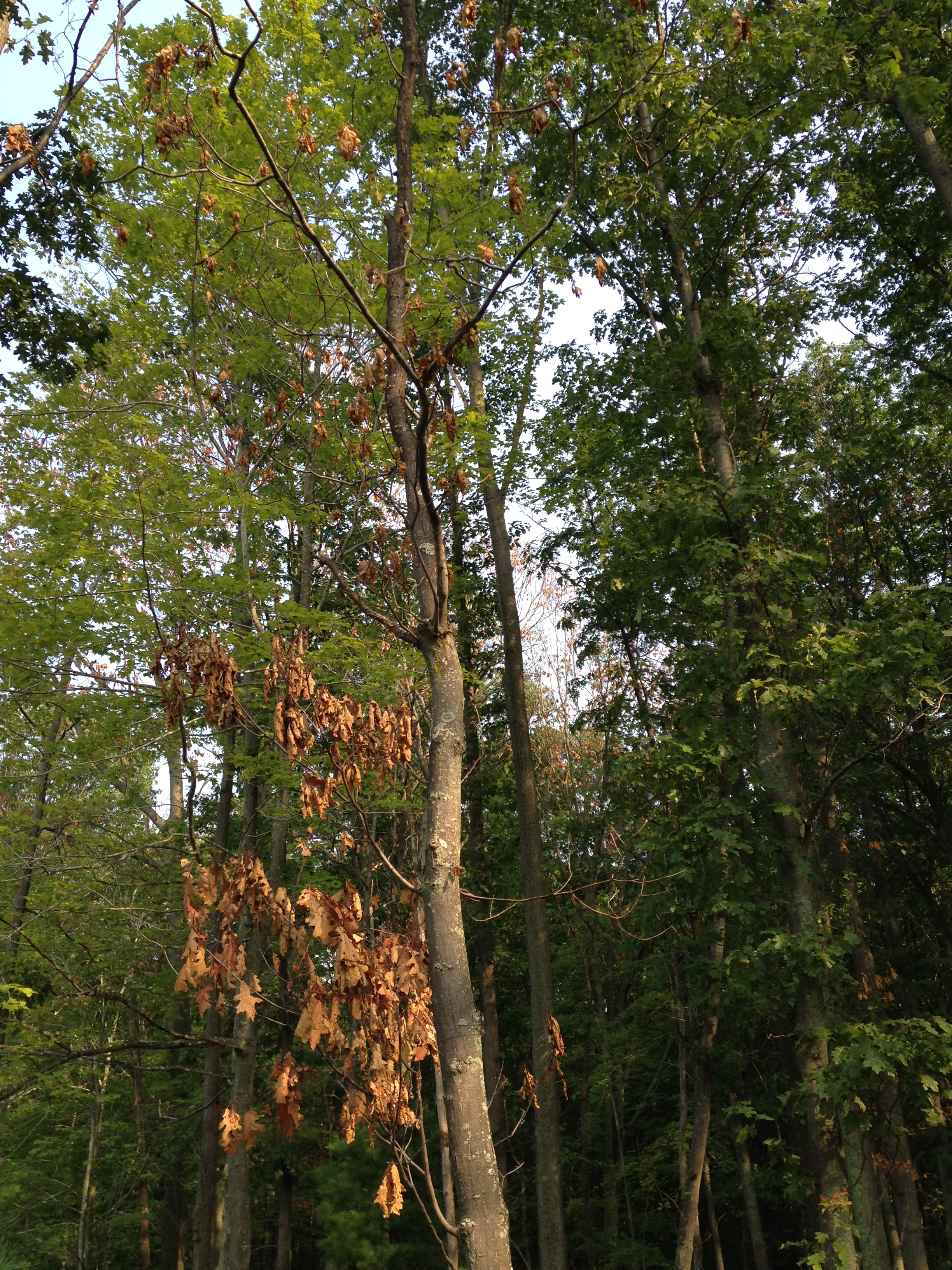 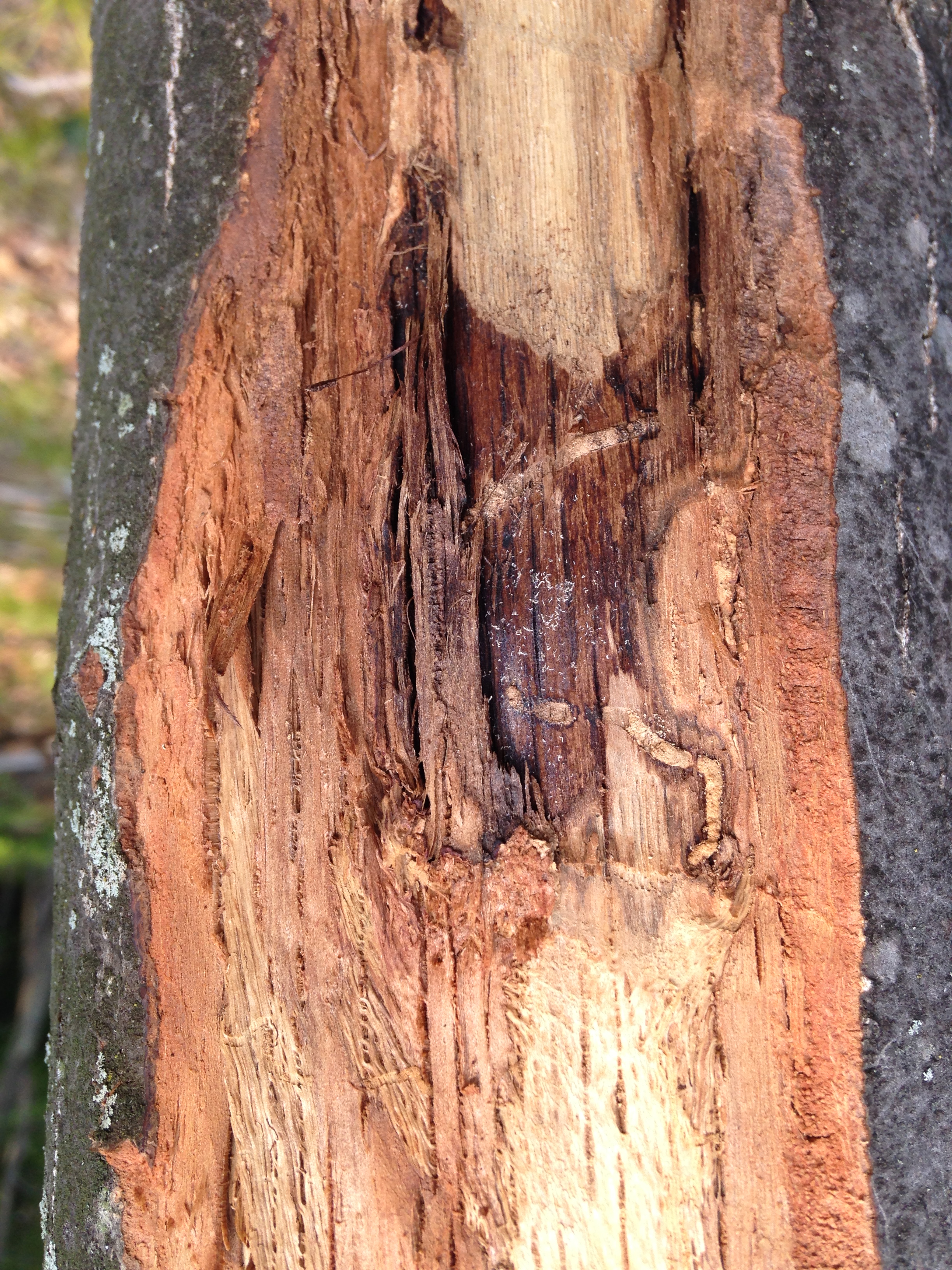 After visiting a site in Ludington, and seeing firsthand what oak wilt can do it’s important to understand the impacts this disease can leave on the forest ecology.  Oak wilt is fungal disease that is transmitted by sap beetles that gain access through wounds or by grafting within a root system.   The disease then blocks the tree’s vascular system, clogging the tubing used to collect food and water.  Oak wilt disproportionately affects red oak, a common and abundant species here in Michigan.  The symptoms vary from tree species, but generally consist of leaf discoloration, wilt, defoliation, and death.

This becomes an issue more commonly in the months between April 15th and July 15th because the beetles responsible for transmitting spores are most active then.   Symptoms of oak wilt generally appear in late June through September.  And unwittingly humans spread the disease generally by distributing infected firewood to friends and family. So pay attention if a tree dies suddenly mid-summer and you suspect oak wilt, you can confirm the disease by either locating fungal pressure pads, which are a grayish clump on or beneath the injured bark, or by having a branch sample cultured and identified in a laboratory.  If it has been confirmed then the best plan of action is to wait until fall and then pull the stump, this prevents the disease from spreading through the root systems of nearby trees.

Oak wilt has managed to make its way through most of Michigan’s Lower Peninsula and has a few cases in the UP.   What does this mean for the animals throughout Michigan’s abundant forests?  Red oak acorns which are both high in fat and starch are a preferred source of forage for deer, squirrels, and grouse.  Loss of forage can have local impacts on deer density and sightability, meaning that if you hunt an area with abundant red oak that is affected by oak wilt, you may be forced to endure a much different hunting experience. 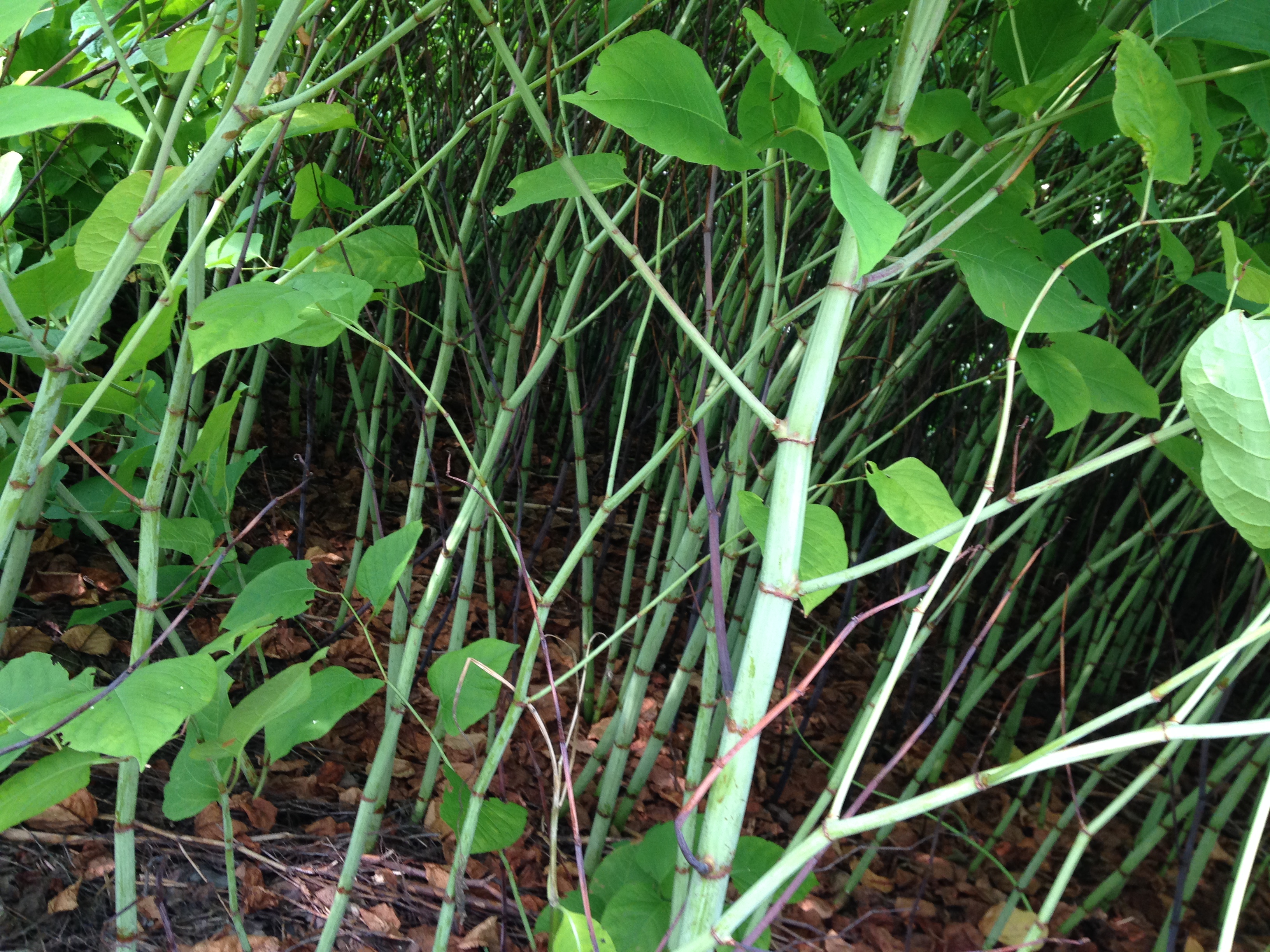 As the tour continued we also visited a site at Hart Lake, which contained the Japanese knotweed.  This invasive species root system and strong growth can damage concrete foundations, building flood defenses, roads, paving retaining walls and architecture.  The species also has the ability to reduce flood channels capacity to carry water, causing flood damage.  It tends to colonize in roadsides, waste places, and along river and lake banks.  Once this plant establishes itself it forms thick, dense colonies, and it completely crowds out all other herbaceous species, through changing ecology with light limitations, alteration in nutrient cycling, bank erosion, flooding, and allelopathy, or the ability to release toxic chemicals in the soil near potential competitor plants.

Japanese knotweed is resilient; it doesn’t respond to cutting, the roots re-sprout so vigorously that the best method of control is by herbicide application when it’s close to the flowering stage, in the late summer/autumn.  Even with that it will require about repeated treatments between 4-5 years and works best with physical removal.  However physical removal if not done properly can just cause the plant to grow back thicker and worse.

Working to control these two invasive species requires help from both the community and agency professionals and hunters, anglers and trappers have a crucial role to play.  As we take to the field this fall, be sure to familiarize yourself with the signs of oak wilt, Japanese Knotweed and the other invasives that are targeted by the Department of Natural Resources.  Download the Midwest Invasive Species Information Network (MISIN) app to report sightings.  The tools we now have to combat invasive species are so much more powerful than what were available even 10 years ago.  With the advancements made in mobile technology, all of us who love the outdoors and depend upon rich, native, ecosystems to support our hunting, fishing, and trapping we can each directly impact management by being the eyes and ears for the emergence of these invasives.  You can stay connected to all of the latest on invasive species in Michigan by logging on to www.mucc.org .

Posted in Invasive Species
← In the Field: Why We do What We doMUCC SUPPORTS DETROIT RIVER REFUGE BOWHUNT →