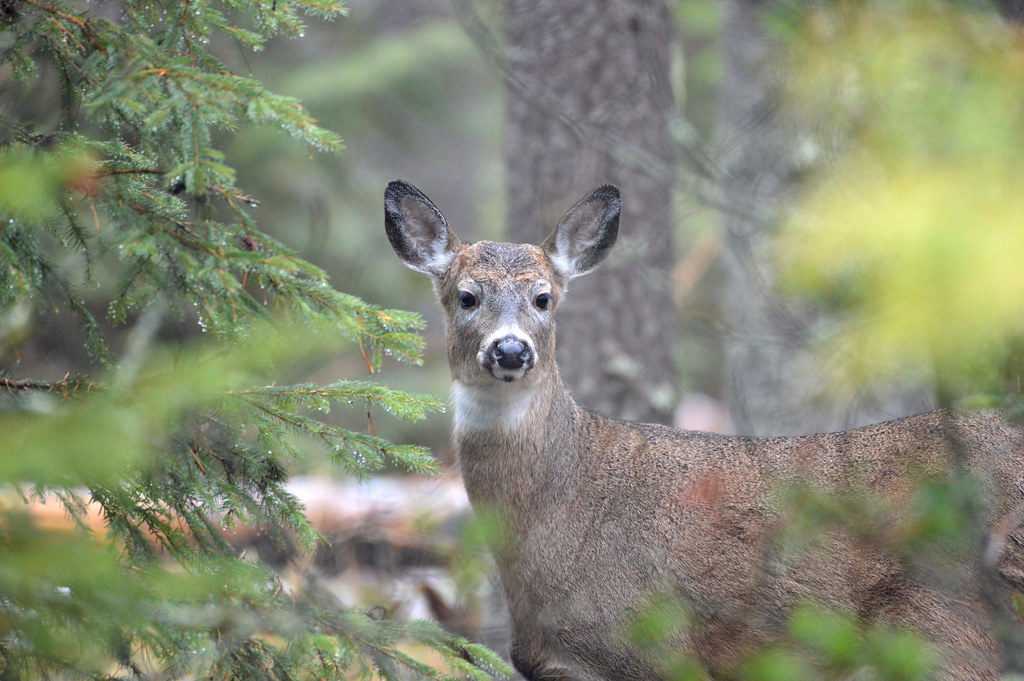 Chronic wasting disease regulations and U.P. antlerless deer license quotas are up for information, with fall turkey regulations up for action at the May Natural Resources Commission (NRC) meeting.

The meeting will take place at Lansing Community College at Gannon Bldg., 422 N. Washington Square, Lansing, MI 48933. If you are unable to attend but would like to watch, check out the MUCC Facebook page! A full agenda for the day can be found here.

The day will kick off at 9 a.m. with the NRC Marketing, Partnership, Youth and Outreach Advisory Committee. The agenda includes a discussion about the Michigan Department of Natural Resources (MDNR) sustainable forestry campaign. Following the campaign overview, MDNR staff will provide an update on changes to the license sales system. Stay tuned for the NRC recap later in May for what changes are to come. Lastly, MDNR staff will provide an overview of non-resident marketing efforts.

At 10:30 a.m., the NRC Policy Committee on Wildlife and Fisheries will convene. Updates from both the MDNR Wildlife Division and MDNR Fisheries Division will be given by the respective chiefs. The wildlife report will include a USDA Wildlife Services memorandum of agreement, results from the thumb area APR survey, antlerless deer license quotas in the Upper Peninsula, and chronic wasting disease (CWD) regulations.

The NRC Committee of the Whole will meet at 1 p.m. A director’s report will be given by MDNR Director Dan Eichinger. Eichinger will recognize MDNR Deputy Director Bill O’Neill for his accomplishments and dedication of more than 30 years working for the department. O’Neill will be retiring on May 31, 2019. Eichinger will also introduce Shannon Hanna, who will serve as the new MDNR Deputy Director. Hanna has over 20 years of experience working with the MDNR. The director’s report will be followed by legislative and committee reports.

Commissioners will listen and consider recommendations on CWD regulations from the department.

One of the sections in the proposed regulations clarifies the confusion around the definition of bait. The definition of bait currently includes scented materials like oil-based attractants. The MDNR is recommending to change the definition to define baiting as consumption only. MUCC is amicable to this change, as it falls in line with our resolution opposed to baiting and feeding. This also matches the best practices for CWD management that was released by the Association of Fish & Wildlife Agencies last month.

During a discussion on bear regulations and license quotas, a recommendation was made by the department to move the Liberty Hunt to the second weekend in September in order to reduce conflicts between hound hunters and youth deer hunters. This change could be beneficial to hound hunters and waterfowl hunters, but some deer hunters are opposed to this change. MUCC has no position on this issue.

MDNR is proposing a new CWD core area to be established in the 10-mile radius surrounding the positively-tested deer in Dickinson County. A baiting and feeding ban would go into effect in this area immediately. MUCC supports these measures as necessary steps in disease prevention. MUCC continues to support a full ban on baiting and feeding, except for supplemental feeding when deemed necessary in the U.P. during particularly harsh winters.

The department recommends adding Barry, Lenawee and Midland counties to the CWD Management Zone due to the proximity of deer that are testing positive for CWD. Adding these counties to the management zone will allow for further testing and surveillance of CWD in the 2019 hunting season.

Implementation of a 4-point Antler Point Restriction (APR) on the deer license and deer combination license for Mecosta, Montcalm, and Ionia Counties

During the August 2018 NRC meeting, the NRC passed a resolution to work with the department to establish an experiment in the CWD core area to test the effectiveness of APRs as a CWD management tool. The department proposes dividing the five-county CWD Core Zone in half and enforcing APRs on one side while maintaining existing regulations on the other.

The proposed study would help to determine the effect of APRs on deer numbers, antlerless harvest and the sex and age composition. The study will not provide information on the prevalence and spread of CWD.

At the August 2018 NRC meeting, the NRC requested that the department evaluate the public opinion of APRs in the counties listed above. The survey resulted in 55 percent support for the proposed APR regulations. The department requires a 66 percent response in support of the regulation in order to recommend APRs to the NRC. The NRC could still put forth the regulations without a recommendation from the department, however.

The department reports having seen a recovery in the Upper Peninsula deer population since the harsh winters of 2013 and 2014. With the recent CWD-positive deer found in Dickinson County, the department is recommending increased antlerless harvest to manage the local deer herd. Increasing antlerless harvests can help with aggressive CWD surveillance and management.

A land use order is up for action before the director. Some of the changes are in response to statutory changes made during the previous legislative session. The order would allow for Class I electric bikes on certain improved and rail trails and prohibit Class II and III electric bikes on the same trails. A class I electric bike includes pedal assist. Sky lanterns will also be prohibited on state land due to their risk of fire hazard and minimal forms of control.

The director will also be taking action on an acquisition of land which will add 40.94 acres to the Allegan State Game Area.